Due to the economic crisis in Sri Lanka, tensions have fuelled over onto the streets where the people want their president to resign.

"They are so adamant and greedy for power"

Home to over 21 million people, Sri Lanka is battling a torrid foreign exchange crisis that has left it with shortages of basic necessities for months.

Millions are pointing their finger toward the Sri Lankan president, Gotabaya Rajapaksa.

He and the Rajapaksa family have held top political seats for the best part of two decades making them one of the most powerful dynasties in the country.

However, recent investigations allege a long line of corruption, debt restructuring and mishandling of agricultural policies.

Additionally, there are reports that the Rajapaksa family have historically hidden away wealth and assets which add up to around £13 billion – although the family denies this.

Therefore, the economic crisis is down to multiple factors that stem from the president.

Power cuts, mass debt, foreign currency shortages and overreliance on international investment are just some issues that have led to a tension-filled country.

However, in order to contain the hostility, the president put measures into place.

Constant power cuts to save electricity reserves which cripple hospitals but the Rajapaksa family home (and other parliamentarians) were exempt.

Gotabaya Rajapaksa also declared a state of emergency with a curfew put into place on the population. 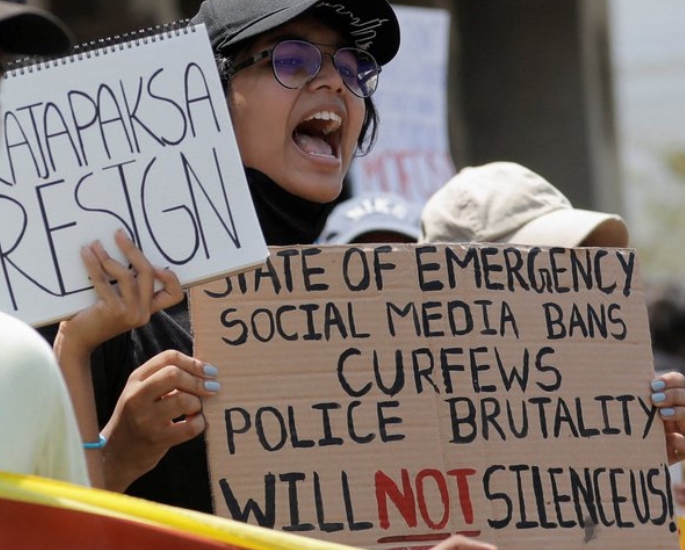 Civilians have now defied these rules in order to carry out numerous protests calling for the president to quit and “go home”.

Labelling him a “lunatic” and “thief”, the Sri Lankans are taking matters into their own hands.

Thousands attempted to storm the president’s private mansion near the capital of Colombo by breaking down the barriers and pelting the house with stones.

Many were arrested and in some cases, the police have used tear gas and water cannons to confront them.

One protestor revealed to the BBC:

“How much worse can it get? There’s no petrol, there’s no diesel, kids can’t sit their examples because there’s no paper.”

“People thought they’d provide us with national security, but they didn’t… they failed at everything.

“I don’t want to see my country go to waste because of this particular family. They are so adamant and greedy for power, they’ll probably stay on.”

In the last week, Rajapaksa has offered to share his power with the opposition.

This led to over 25 ministers resigning along with 40+ MP’s leaving the president’s coalition government.

With most of his cabinet quitting, Rajapaksa and his brother, Prime Minister Mahina Rajapksa have refused to step down.

As he calls upon opposition parties to form one national government, they have so far refused and have demanded him to resign. 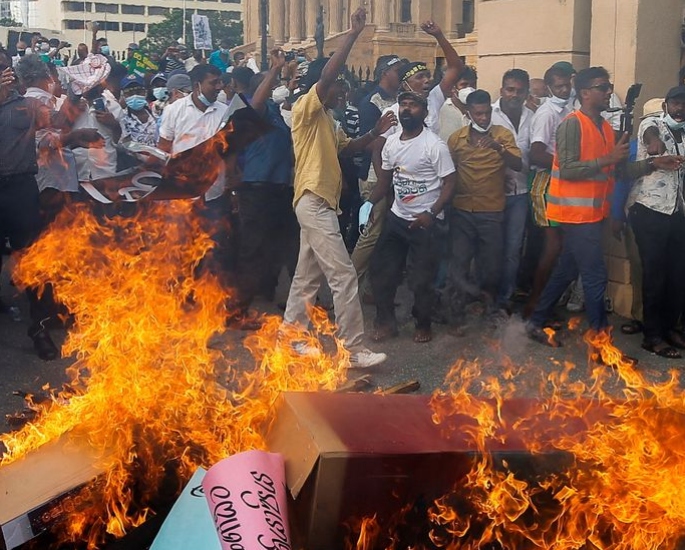 Sri Lanka is in disarray and it is clear to see.

For example, Ali Sabry was appointed as finance minister but quit less than 24 hours after accepting the role.

“There are endless shortages of essentials, including fuel and cooking gas. Hospitals are on the verge of closing because there are no medicines.

“At such a time, our party is on the side of the people.”

There was much jubilation when Rajapaksa was elected in 2019.

However, the people of Sri Lanka have seen enough constraints on their society and are advocating for a massive shift in leadership.

The country now has to overcome soaring inflation of 17.5% – among the 11 worst in the world.

But one thing is for sure, the people among other political parties no longer want the president in power.