We take a look at some exciting South Asian spoken word artists who are lighting up the stage with this iconic art form.

"Poetry became a gateway for all these feelings I felt"

Poetry has many subcategories making it one of the most versatile and diverse creative forms. It’s also the reason why more South Asian spoken word artists are blossoming within this craft.

Using sound, hand movements and stage presence, each artist wants to create an experience when performing their work.

Whilst most poetry is open to interpretation, spoken word has a certain directness about it.

Most artists will use this quality to tell the audience the message behind their poems explicitly. It’s an element utilised greatly by South Asian performers.

They will express personal stories like how people have trouble pronouncing their names. Or, they will address encounters with racism, culture, ideologies and traditions.

Onlookers feel a sense of relatability when hearing such poems and those from a non-Desi background get a first-hand insight into the South Asian experience.

Therefore, DESIblitz takes a look at some of the most stimulating South Asian spoken word artists to keep your eye on. 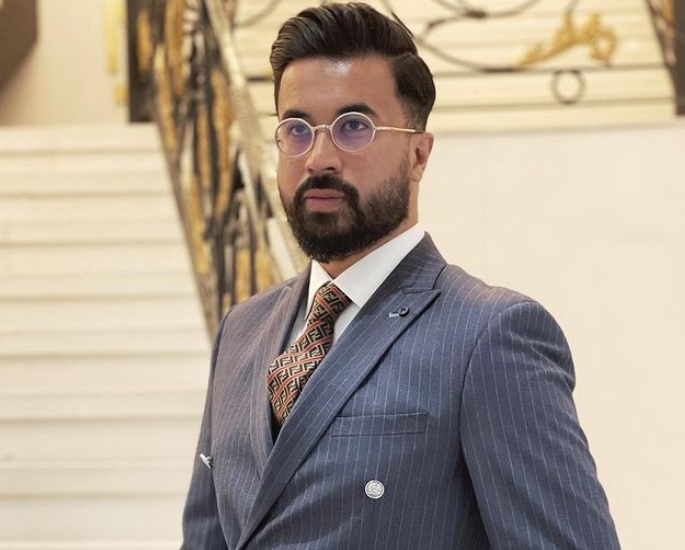 Hailing from Peterborough, England, Zain Haider Awan is an emotive poet who draws upon his thoughts, memories and feelings as a British Pakistani.

Although, his pieces are much more transcendent than just the British Asian lifestyle.

His poems are concerned with identity, culture and politics, with some of his work addressing the cracks within certain establishments.

Likewise, he is not afraid to discuss more sensitive topics like discrimination.

In the wake of the Black Lives Matter protests in 2020, Zain questioned the motives and “closet racists” whilst also signifying the need for solidarity.

Within the same year, he released a spoken word poem titled “White Noise” dedicated to the Kabul suicide bombing on August 17, 2019.

It’s these references that Zain captures so emotionally. Whether it’s pain, anguish, mourning or anger, his voice echoes the feelings of millions.

However, this intimacy is not lost when talking about things such as family.

His poem, “Mothers”, is profound and the following snippet emphasises why spoken word is such a powerfully expressive tool:

“A home we were gifted by God,
never to be rendered alone,
and of his greatest reminders,
He sent forth Her compassion,
his mercy nestled in her eyes.”

For every spoken word artist, their voice is the most valuable asset.

So, no matter the inspiration behind the poem, Zain uses his voice to spectacularly conjure up the feelings related to the subject matter.

His poems create an ambience of relatability. Moreover, the soul within his performance allows for powerful narratives around his outlook on the world. 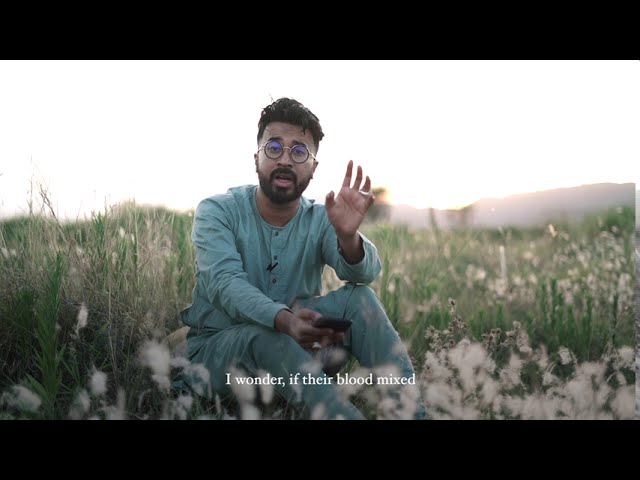 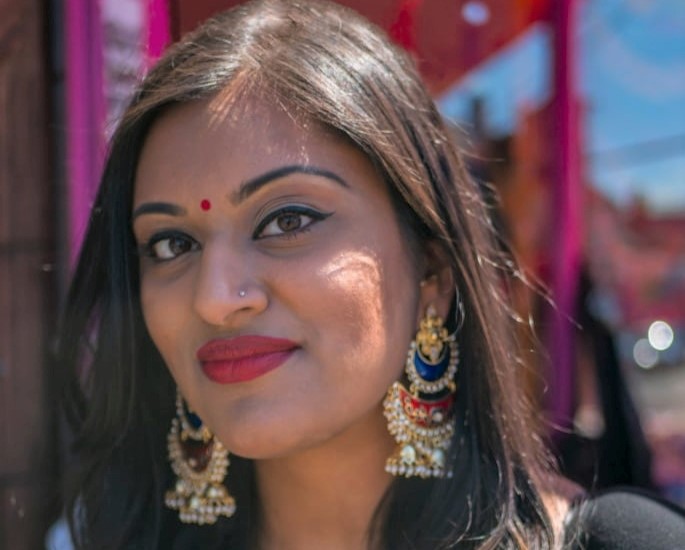 Birmingham-born Rupinder Kaur blurs the lines between heritage and poetry with her culture-fuelled pieces.

Rupinder references her Punjabi background and this is often the main focal point of her poems.

Inspired by the mythical nature of Sufi poetry, Rupinder often shows similar characteristics within her own work. She also noted to the blog British Bindi in 2017:

“I love reading my mother tongue.

“I see Amrita Pritam as a great inspiration as she was Panjab’s first predominant female poet.”

The talented writer hones in on womanhood, history and language. Although she tackles issues of gender inequality, unorthodox roles and taboos.

She sometimes writes in both Punjabi and English to really emphasise the importance of Punjab without letting go of her British influences.

In 2018, Rupinder published her first collection, Rooh. The title means ‘soul’ in Punjabi and that is exactly the centrepiece of this liberating poetic journey.

The poems question ideologies, traditions and stigmas put in place by South Asian and British cultures.

Each piece is dripped in such emotion, and this trait is what Rupinder expresses in her spoken word performances.

She talks about the power of South Asian clothing and the symbolic nature each piece has when it comes to women and their history across the diaspora.

Exploring other art forms like theatre, Rupinder is applying her immense creativity to different mediums.

It addresses the modern thoughts of a South Asian woman and what it means to be an imperfect-perfect woman within the world of arts. 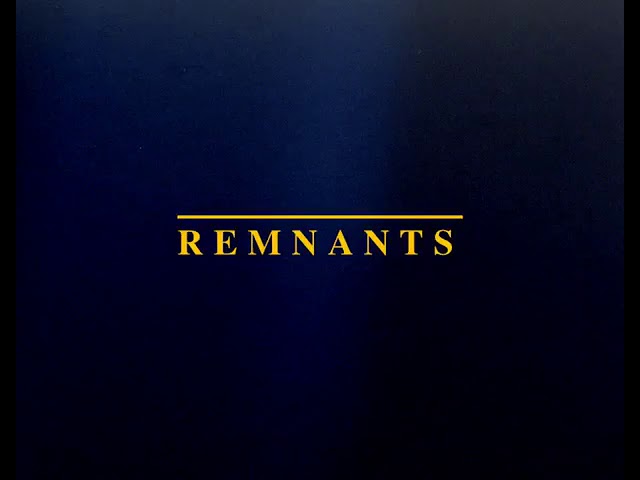 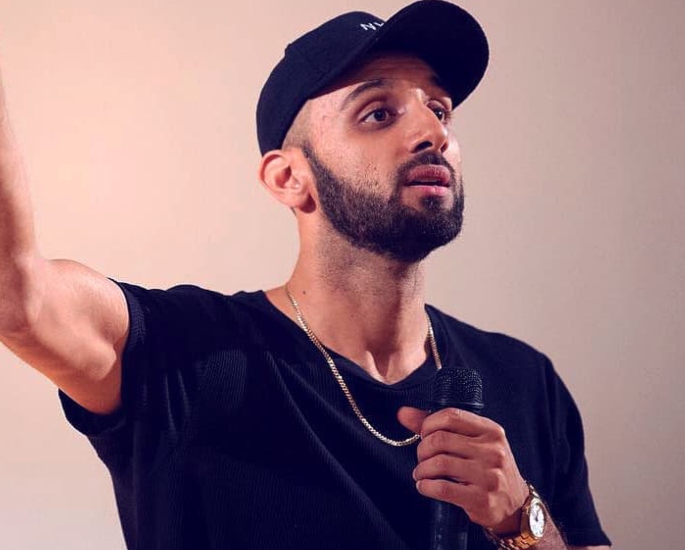 Zohab Zee Khan is one of the most decorated South Asian spoken word artists in the world.

He is a fourth-generation Australian Pakistani and channels his poignant life experiences into his work in order to educate.

His poems span across problems of addiction, bullying, inequality and self-destructive behaviour. However, it’s the vivid imagery he creates that makes his pieces so inspiring.

Having started his career in 2006, Zohab worked his way to becoming the Australian Poetry Slam Champion in 2014.

He was then the runner up at the International Poetry Slam in Madrid in the same year.

Interestingly, the creative mogul co-founded The Pakistan Poetry Slam in 2015 in order to motivate the next generation of Pakistani artists.

This just shows how established Zohab is and the commitment he consistently shows to progress his craft.

As an artist, it’s Zohab’s hip hop rhythms, distinct wordplay and lively energy that engross a range of audiences.

If it isn’t emphasising Sydney’s water drought in “Ode to Drought”, Zohab is discussing political and societal structures in “Lost”.

But it’s not just the topics of his poems that highlight his vision. It’s the way he personifies the exact thing spoken word is about – performance.

He modifies his vocal tone, varies his pronunciation and uses his facial expressions as emotive cues.

Zohab’s catalogue of skills has resulted in two published collections titled I Write (2015) and Imagine (2017).

He has also conducted numerous workshops in over 30 countries in order to aid self-development and confidence in the youth. 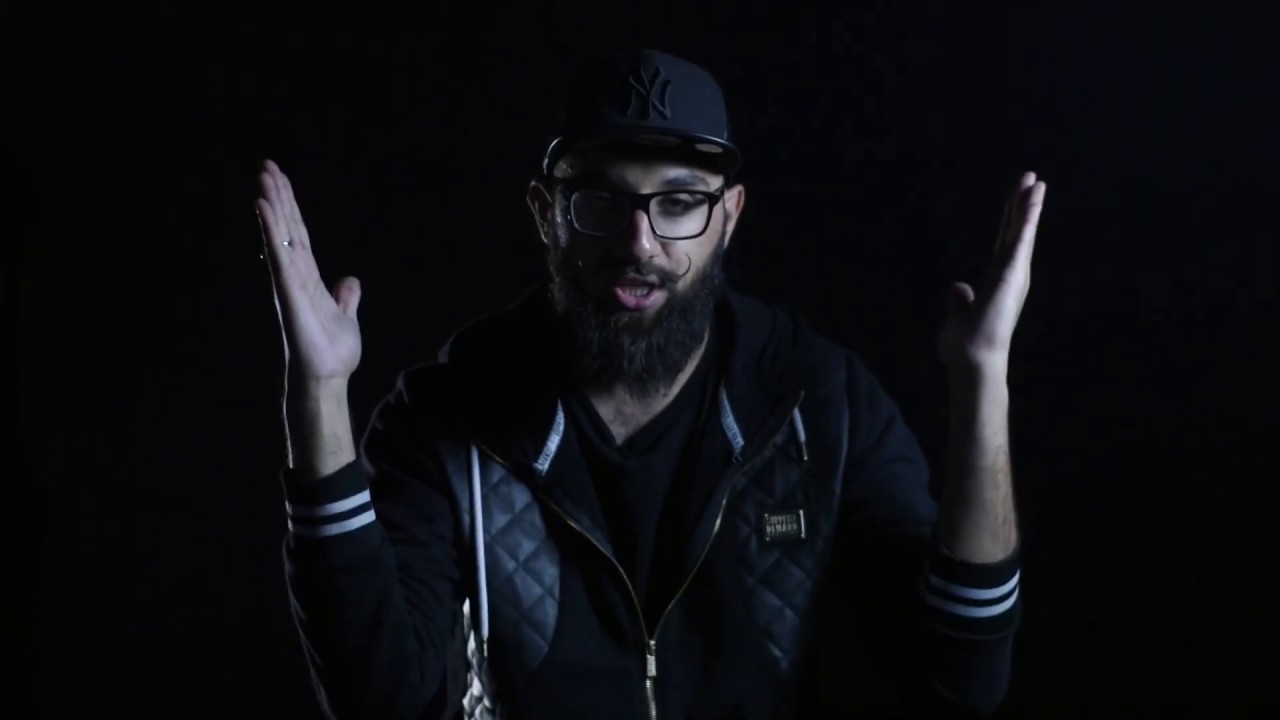 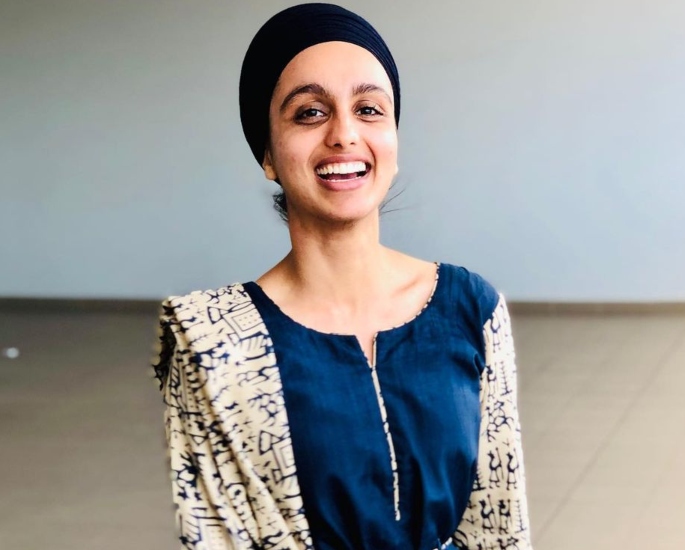 Also hailing from Australia is Sahibajot Kaur, a South Asian spoken word artist amplifying the voice of past injustices.

Inspired by the work of iconic female poets like Jasmine Kaur and Damneet Kaur, Sahibajot found her calling within the art form.

“Poetry became a gateway for all these feelings I felt…

“…It got me thinking about how I live on stolen land and how we’re still suffering from the aftermath of colonisation.”

Therefore, Sahibajot along with Jasmine and Damneet constructed ‘Decolonise your Body’.

The series of workshops addressed colonial expectations that guide and limit the behaviour of South Asian women.

Here she graced the stage with a powerful story outlining the stealing of land and clash of identities.

Although the incredible starlet has revealed she does not see herself as a spoken word artist, her handful of performances say otherwise.

As an architecture graduate, you can see how Sahibajot infuses her pieces with a sense of place.

Her striking words build up settings and environments either familiar or foreign to the listener. But mixing in such soothing and delicate pitches and tones is what keeps you engaged.

In 2018, she was awarded the Commissioner K. G. Hoffman Prize in Urban Design, integrating her social activism and poetry in her final thesis on the slums of Chandigarh.

Within the same year, she made it to the Australian Poetry Slam final. So, it’s no surprise why her status is accelerating amongst South Asian spoken word artists.

As she continues to shape (literally) the landscapes around her, she is also shaping spoken word into a more expressive and activist state. 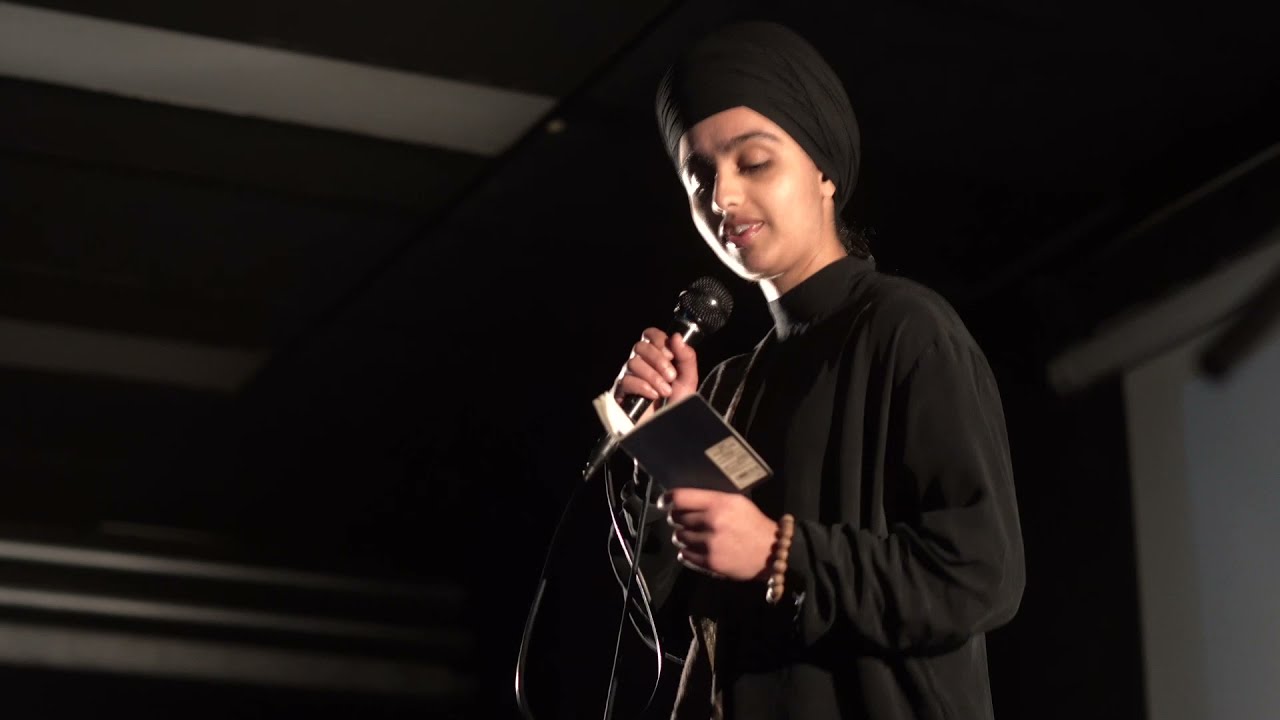 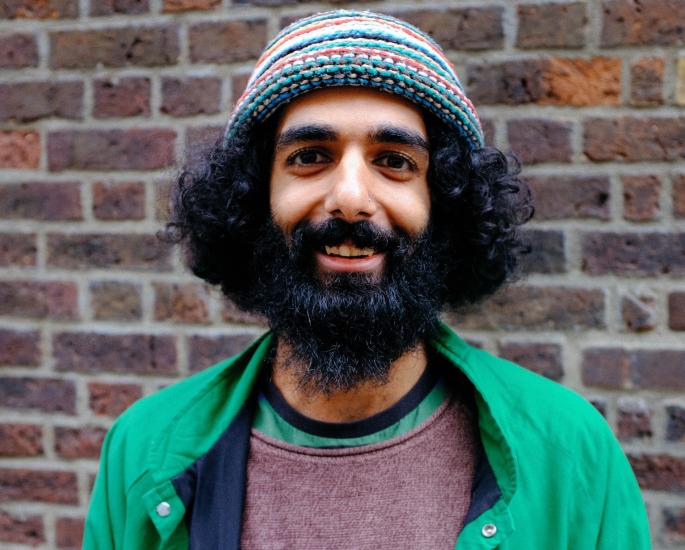 Zia is one of the most promising artists in the industry and although his career is still fresh, his accolades are hefty.

He is a former Roundhouse Slam Champion and was a Writer-in-Residence as part of Channel 4 Playwrights’ Scheme in 2017.

Speaking on why spoken word attracted him, he revealed to the Tamasha Theatre Company in 2019:

“I love[d] the form of it, writing and performing your own work and the immediacy, intimacy and variety of voices within it all.”

This closeness, warmth and artistic passion are clear to see as soon as Zia hits the stage. He has a dignified presence that draws you in straight away.

Then his raw delivery, abrupt pauses and hard-hitting lines ignite the messages of his pieces that cover the relationship between British and South Asian cultures.

These characteristics are illustrated in some of his most memorable pieces.

For example, “Western: Part One” captivates you from the first word.

All the while challenging a British Asian identity whilst also embracing it.

Zia also performed “Mango” at TEDxBrum in 2017 which was a very heartwrenching rendition of inner thoughts and dealing with heritage clashes.

The spoken word artist has continued to thrive within the artistic industries.

His poetry has opened up gateways into theatre where his debut play I Wanna Be Yours (2019) premiered at the Bush Theatre in London.

Met with rave reviews, Zia carried on his success with his 2021 project, Peaceophobia. The production draws upon the realities of being a Muslim man in modern Britain.

With such an evoking aura and transparent vision of an evolving diaspora, Zia Ahmed is a South Asian spoken word artist to pay attention to. 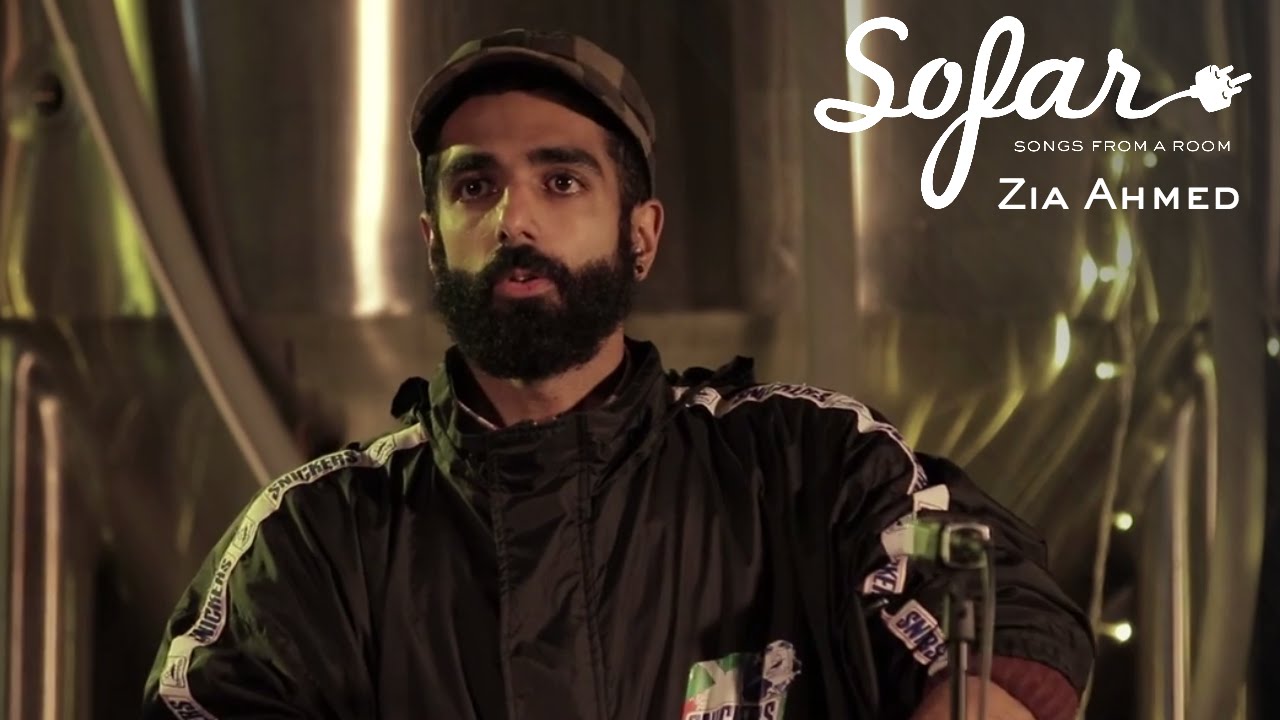 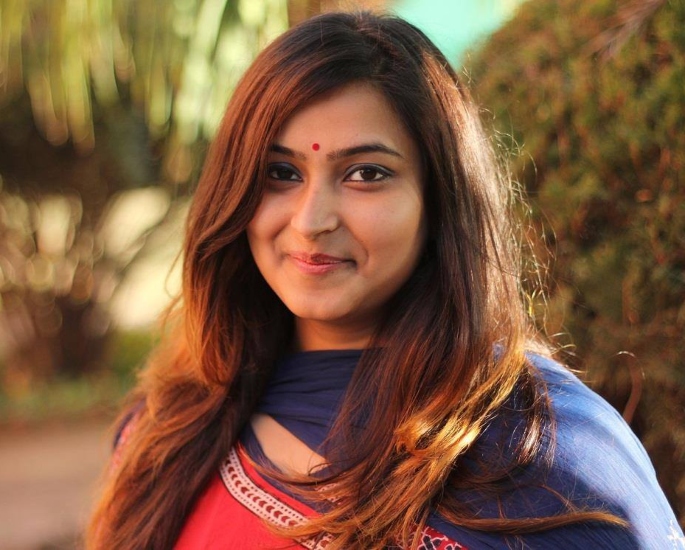 Amy Singh hails from Chandigarh, India, and is a Punjabi performance artist who is shaking up the literary and political world.

Amy’s introduction to poetry stems from a much earlier event in her life when she noticed a musical poet perform on the streets when she was seven years old.

Later, she realised that poetry was the easiest and most flexible form of expression. After all, talking on spoken word, she declared:

“Who would decide what the standards of spoken word poetry are?

“A poem or a poet should exist because there is a need to tell your story.”

“And spoken word poetry, for me, is telling my story and the world I see around me.”

As an avid social activist, Amy has continually amplified concerns over India and Pakistan’s relationship. This led to her finding the Daak Initiative.

Originating from three years worth of letters to Lahore’s General Post Office (GPO), in 2019 she addressed Lahore in a poem that went viral.

In 2020, Nishaan Magazine described the movement as:

“Expressing the spirit of oneness, endorsing cross-border love and commonality in the time of divisive politics and communal hatred…

“…People from both sides of the border began writing to each other via letters, emails, and social media posts!”

This love for peace and kindness resonates so much through Amy’s poetry. But, she does not shy away from expressing the pain she has also endured.

Things such as an abusive relationship, her mother’s passing and problematic lyrics in Punjabi culture are all on display in her work.

It’s the love of her motherland and openness of her heart that gives Amy’s poems a tenderness.

But overcoming such obstacles provide an uplifting mood to each piece without having to jeopardise the anguish, tension and sadness she sometimes feels.

Having featured throughout global media such as The Indian Express and BBC, Amy is a South Asian spoken word artist lighting up the poetic landscape. 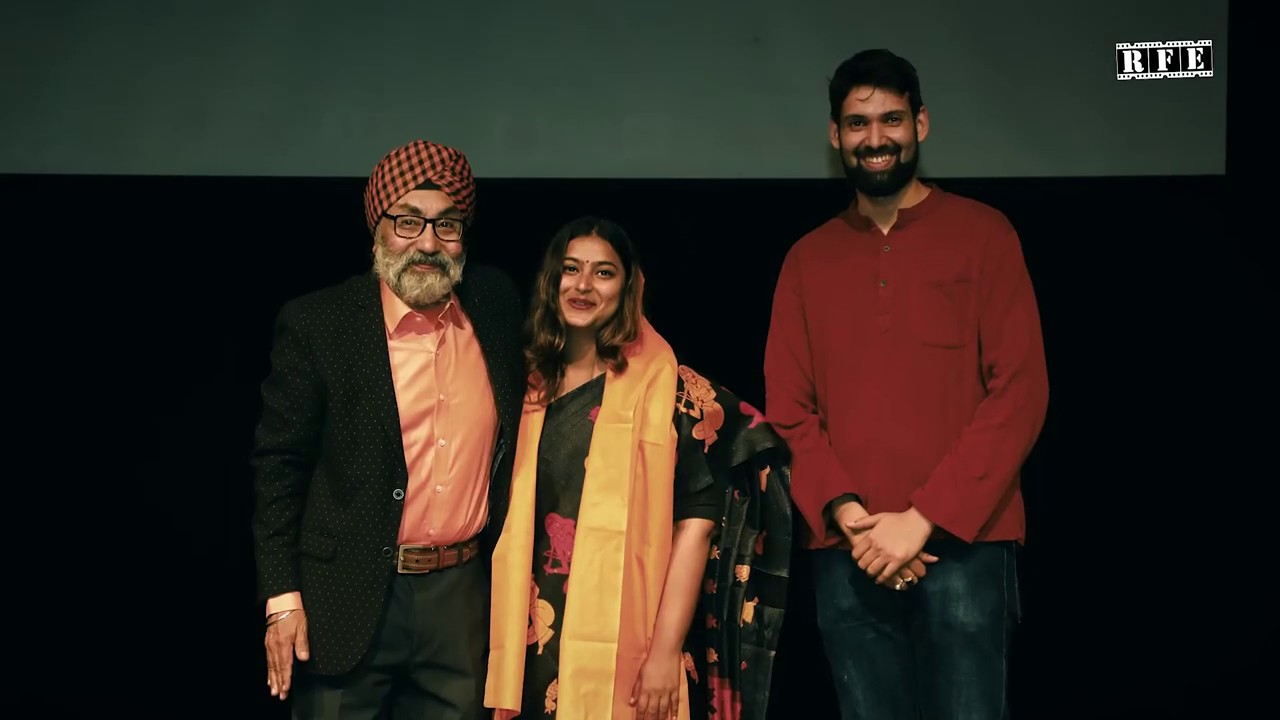 These South Asian spoken word artists are showing off their talents as writers but also using their platform to talk about important issues.

It will surely motivate more generations to pursue their artistic paths whilst giving the literary landscape new and fresh stories.

So whether you’re an avid spoken word fan or a beginner, these artists are definitely worth the watch.