Pakistan television has a history of producing funny dramatised cotent. We present 12 top Pakistani comedy dramas that are a must watch.

“The play illustrates the behaviour of Pakistanis towards the west"

Television has been a powerful medium in Pakistan for showcasing some incredible Pakistani comedy dramas.

Pakistan Television Corporation (PTV), the state broadcaster, was instrumental in providing the perfect platform to nurture creatives and talent within the comedy genre.

The advent of cable and satellite technology also saw many private channels coming into play and producing dramatised comedy content.

Most of these Pakistani comedy dramas are not just about laughing, as they have deeper themes and meanings attached to them.

Some of the biggest names from the Pakistan entertainment industry star in these comedy dramas.

We detail 12 fantastic Pakistani comedy dramas that will leave viewers in fits of laughter. 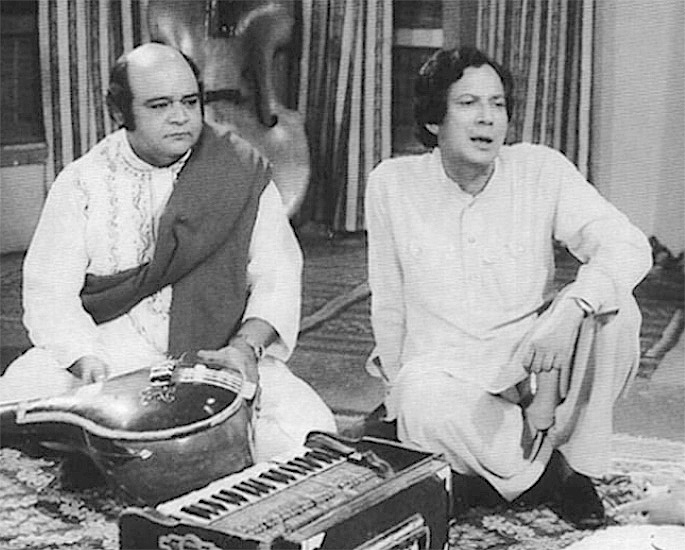 Alif Noon is one of the most situational Pakistani comedy dramas, with PTV being the original broadcaster behind it.

The two prominent characters in this series had names with the same first letters from the two words of the drama.

The main cast of this black and white series features Kamal Ahmed Rizvi (Allan) and Rafi Khawar (Nanha). Kamal was also the creator and writer of the series.

Each episode shows the smart business thinking Allan notching up unethical schemes to make quick money. Despite Nanha being the sidekick of Allan, the latter uses him as a frontman for his immoral tricks.

The series was influential in portraying the darker side of Pakistani society, reflecting on many widespread issues such as scams and frauds.

However, the comedy drama made a point to put across a positive message in each episode. A colour version of this Pakistani comedy drama came out in 1982. 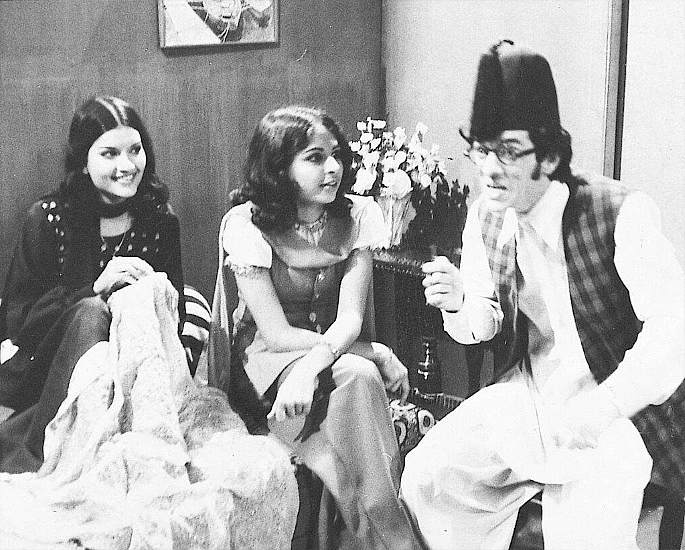 Uncle Urfi is one of the most powerful Pakistani comedy dramas to grace PTV. This black and white serial with romantic and tragedy elements to it was a creation of reputable writer Haseen Moin.

Mohsin Ali and Shirin Khan were the directors of this drama, as well as being the producers. The drama follows actor Shakeel who takes on the lead title role. He arrives back in Pakistan from Canada.

The main heroine of this series is Beena, played by Shehla Ahmed. Jamshed Ansari took on the all-important supporting character of Hasnat Ahmed.

All the main cast and Hasnat feature in several comedy scenes in this drama. Though, the comic of Hasnat stands out quite a bit.

This Urdu language drama had twenty-six episodes in total, with each having a run time of 30 minutes.

Uncle Urfi was very appealing to people from all walks of life, garnering a lot of interest even in India. 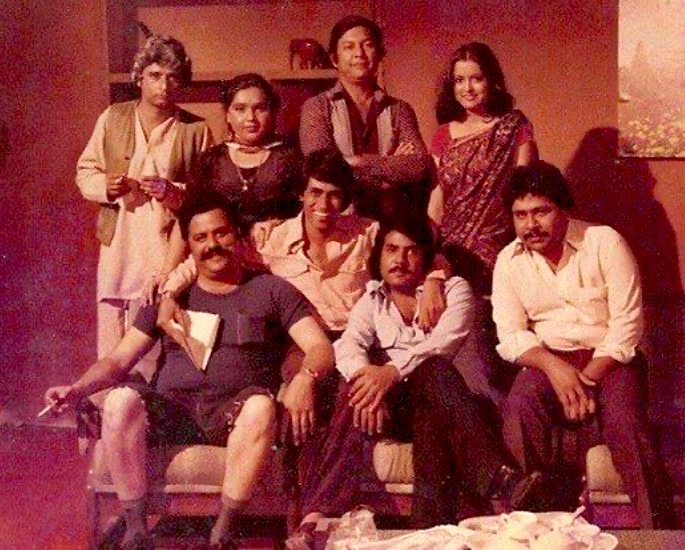 Fifty Fifty is one of the finest Pakistani comedy dramas of the sketch genre to air on PTV.

The Urdu language series was helmed by director Shoaib Mansoor. Fifty Fifty had the perfect blend of satire, parody and slapstick comedy.

Ismail Tara, Zeba Shehnaz and Majid Jehangir frequently appear in this drama However, it also features some of the stalwarts of comedy including Umar Shareef, Anwar Maqsood and Moin Akhtar.

The funny characters were engaging people from all age groups. The drama was also a reflection of all Pakistani communities, depicting an ethnic balance.

Many fans regard Fifty-Fifty as PTV’s best TV series and a real trendsetter, with its range of skits. 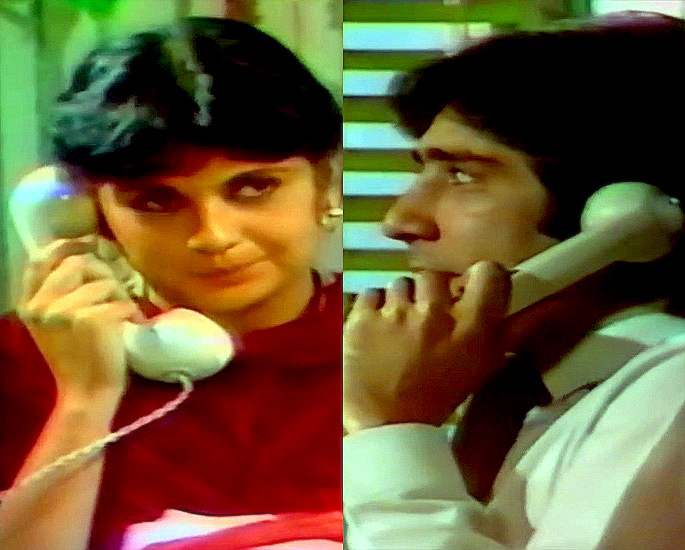 Ankahi is one of the most unforgettable Pakistani comedy dramas, with deep undertones. The cult classic made its way on television, courtesy of PTV.

Written by Hasina Moin, Ankahi was a co-direction of Shoaib Mansoor and Mohsin Ali.

Shahnaz Shaikh as Sana Murad was very frank and humourous. Her clumsy yet surreal office scenes with Shakeel (Taimour Ahmed) are delightfully evergreen.

Saleem Nasir as Shehryar aka Mamu is very comical and responsible when it comes to different situations. The spoilt character of Moby (Behrosze Sabzwari) reflects a typical mummy boy that is entertaining.

Of course, Jamshed Ansari as Tameez-ud-Din (Timmy) deserves a special mention. Hee has a repetitive catchphrase throughout the serial, which remains stuck in our minds:

There are many more hilarious characters, delivering super dialogues in this drama. 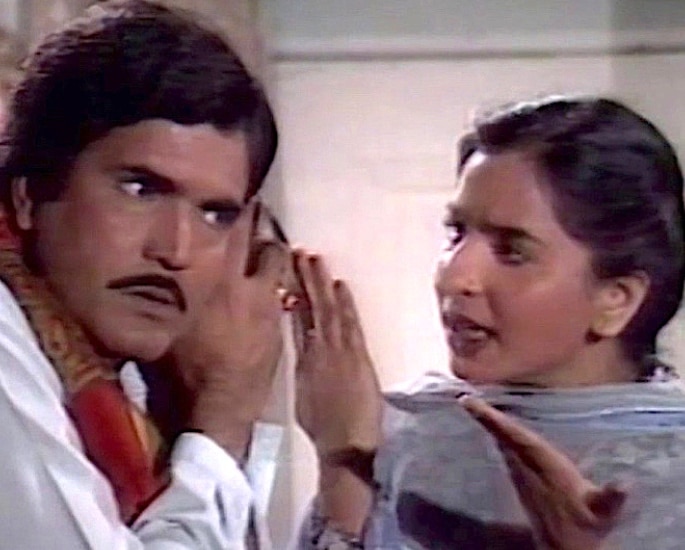 Sona Chandi is one of the most popular Pakistani comedy dramas made by PTV. Munnu Bhai was the director, with Rashid Dar being the writer of this 48-part serial.

The hospital and Baji Ruqaya (Tamanna Begum) scenes are a joy to watch. The character of Hamid Bhai (Ghayyur Akhtar) is also one to remember, especially his dialogue:

Additionally, there is the extremely funny character of Aslam Lambu (Irfan Hashmi). His scenes with Hameed Bhai are a particular treat to watch.

Last, but not least, the character of Dr Mohsin aka Tankana is naturally amusing. 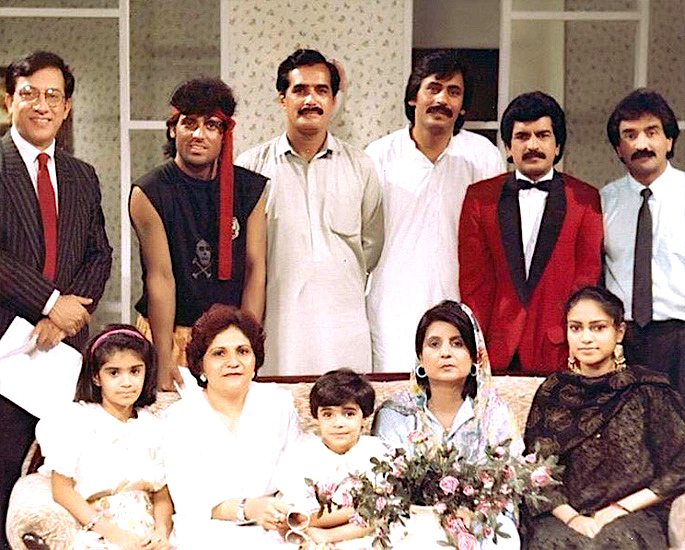 Guest House is a fun-drama series that was originally broadcast on PTV. An elegant area of Islamabad is the setting for this fictional drama.

A Guest House is an integral feature of this series. Mr Shameem (Khalid Hafeez) and his wife Mrs Raheela Shameem (Srwat Ateeq) are responsible for running this place.

They assist Mr and Mrs Shameem in managing the Guest House. The character of Jan Rambo who acts as a Janitor became a household name, with his similar style to American actor Sylvester Stallone.

In each episode, viewers get to see new guests arriving at the Guest House.

The employees find themselves in different laughable scenes involving the guests. By the end of each episode, a solution is found for the guests, with the help of the Guest House workers and hesitant owners.

Eminent actor and writer, Rauf Khalid was the director of this special comedy drama. 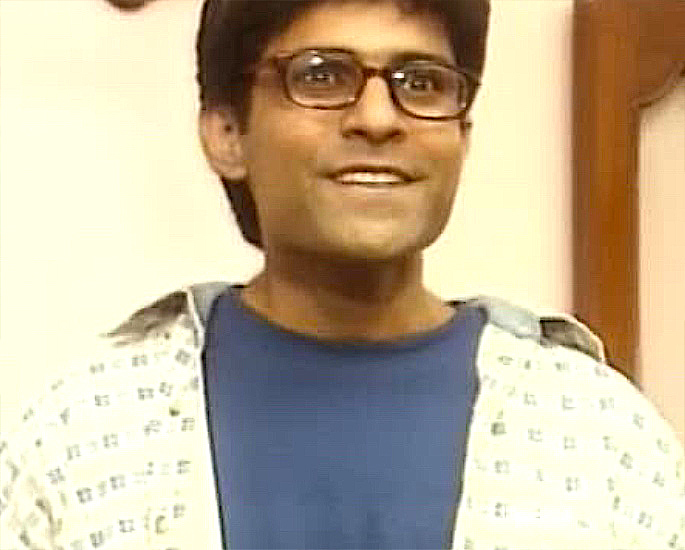 Family Front is one of the best sitcom Pakistani comedy dramas, with PTV World being the original network to air it.

Waseem Abbas was the director of it, along with playing the all-important Azam. Whilst Azam is a more serious character, he has a subtle sense of comedy.

Naseem Vicky as Khushiya has rib-tickling cameo appearances in this sitcom also. His entry in each episode often came with one particular dialogue:

“Mola khush rakhey Baji, jee pehchana, nai pehchana” (May the almighty keep you happy respected sister, have you recognised me, no.

Dr Mohammad Younis Butt, a famous Pakistani humourist was the writer of this memorable sitcom. 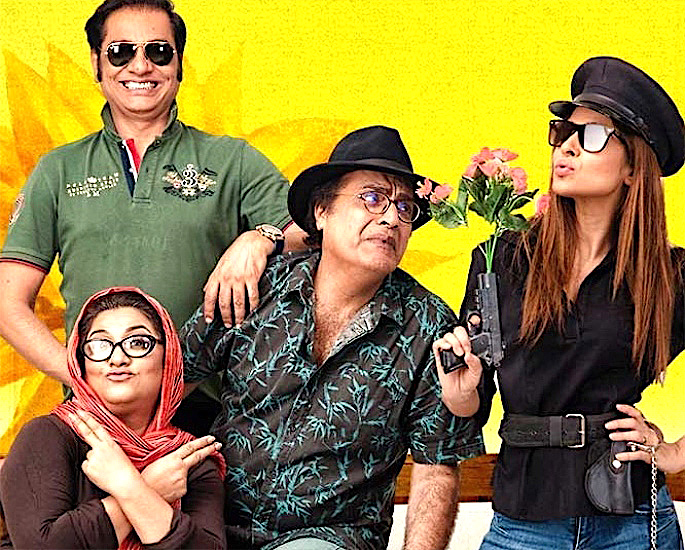 Bulbulay is one of the longest-running Pakistani comedy dramas. Besides comedy, it falls under the slapstick and sitcom genre.

Rana Rizwan and Nabeel are the co-directors of this series, with the latter also starring in it. This sitcom revolves around an idiotic family of four.

Nabeel also his character name is very flirtatious with other girls. Ayesha Omer who plays wealthy girl, Khoobsurat, is the wife of Nabeel.

Nabeel’s step-dad Mehmood Sahab (Mehmood) has a similar nature to him. The two are also without a job.

The family face many difficulties primarily due to Mumtaz, Momo (Hina Dilpazeer) being forgetful. Each episode finishes with the male characters being trounced or the family getting cheated by others.

The popularity of Bulbulay has grown globally, especially in the UK. 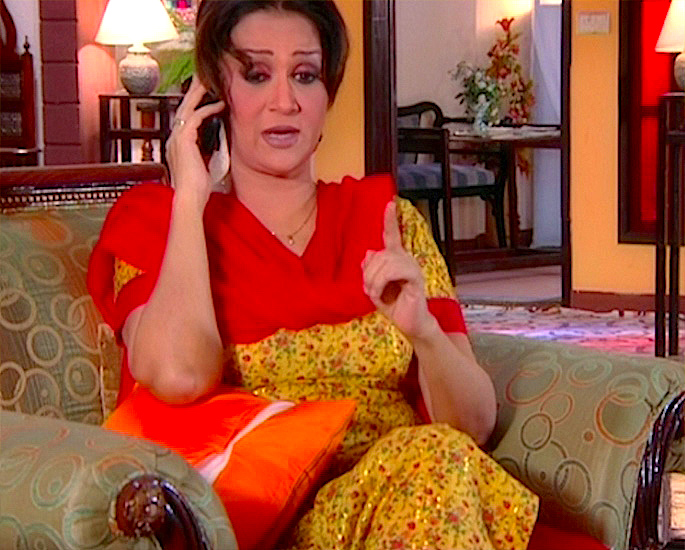 Dolly Ki Aayegi Baraat is one of the most entertaining Pakistani comedy dramas. Bushra Ansari as the feisty punjbaified Samia Chaudhary features in many fun-filled scenes.

She has many rememberable dialogues in the drama. These include, “Mummy Ji Ka Puttar” (Mummy’s son) and “Chaudhary Saab Mujhe Godhi Le Le” (Chaudhary Saab put me in your arms).

The other comedic star in this television series lineup is Ali Safina (Mushtaq ‘Takkay’). His hand flapping dance and movements to the song, ‘Munni Badnaam Hui’ are really laughable.

There are many more light moments in the drama – be it with some serious scenes in between,

Marina Khan and Nadeem Baig are the co-directors of this classic GEO TV drama, which has seventeen episodes. 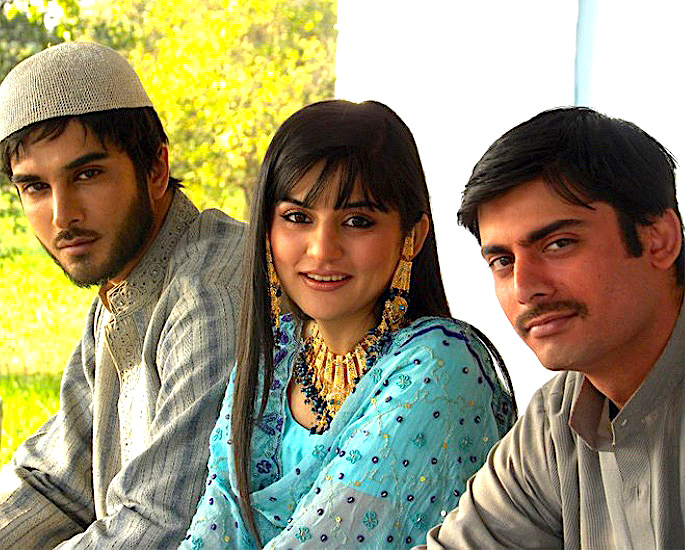 Akbari Asghari is one of the funniest Pakistani comedy dramas aired on HUM TV. The rom-com serial was a contemporary adaptation of an outstanding novel by Nazir Ahmed.

Faiza Iftikhar wrote this drama, with Haissam Hussain directing it. The drama highlights what makes a good or bad wife.

The series is about two sisters, Akbari, aka Bewakoof Behenji Becky (Sanam Baloch) and Asghari, aka Saarah (Humaima Malik).

They both arrive from the UK and tie the knot with two village brothers, Akbar (Imran Abbas) and Asghar (Fawad Khan)

Thereafter, all the fun and games commence in this drama. In light and realistic manner, the drama shows the east versus west life.

An IMDb user describes the drama as an “amazing combination of comedy and emotions” adding:

“Akbari Asghari is a great combination of humour and tradition.”

“The play illustrates the behaviour of Pakistanis towards the west, taking a dig at senseless rituals without getting offensive. I thoroughly enjoyed it.”

The shooting of this Urdu, Punjabi and English drama took place in Pakistan and Turkey. The twenty-five part drama has a running time of 40-42 minutes for each episode. 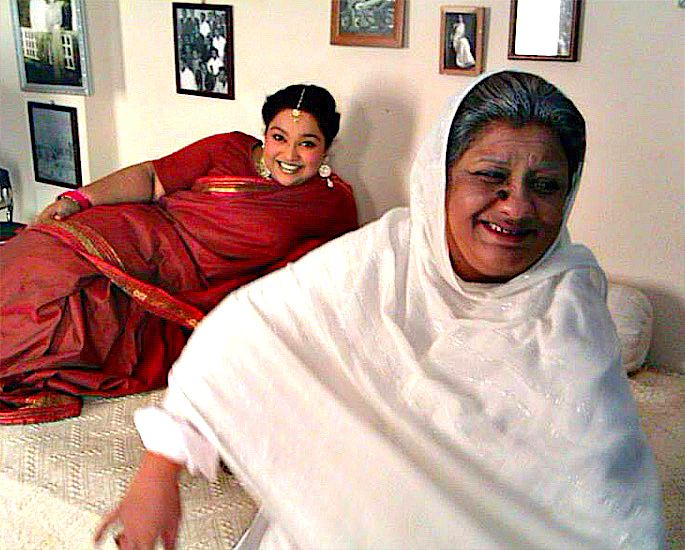 Quddusi Sahab Ki Bewah is a Pakistani drama packed with fun and comedy. The series focuses on two families, an occupant and the proprietor of an old home.

It touches on a truthful and unique depiction of lower-class people and what they have to deal with in society.

Aleemuddin Sahab (Mirza Shahi) who resides with family members has an eye on the daughters of his neighbour.

Shakooran Begum (Hina Dilpazeer), a widower has to continuously keep a watch on her daughters. This is because they have an obsession with boys.

Comedy lovers will appreciate this drama for its excellent script, leaving them laughing aloud. Scriptwriter Fasih Bari Khan has penned down this drama series, with Mazhar Moin being the director.

There are a total of 155 episodes, with each having a running time between 35-45 minutes. 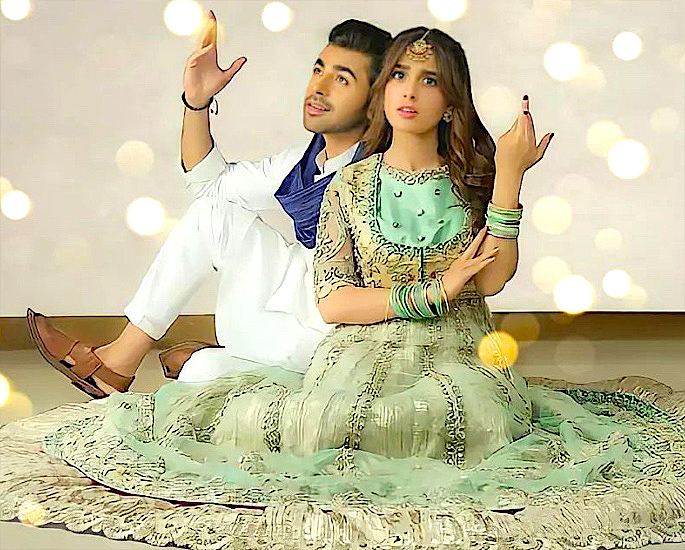 Suno Chanda is one of the top Pakistani comedy dramas from the rom-com genre. Ahson Talish took the director’s chair for this series, with Saima Akram Chaudhary being the writer.

The delicate comedy of this drama reflects time, sweet and intense moments.

The vibes to this two season Urdu series, containing sixty episodes in total won the hearts of many fans.

The drama was aired on Hum TV and bagged several awards and accolades.

The Pakistani comedy dramas we have listed will keep everyone entertained and wanting more. With so much variety on offer, give them a watch and rank your favourites.