From old classics to contemporary times, comedy is a popular genre in Pakistani cinema. We present 10 Pakistani comedy movies that will make you laugh.

“What a performance by Shahid Sir and Babra Mam"

Pakistani comedy movies are the perfect medicine for laughter. From evergreen classics to the modern era, Pakistani cinema has produced some great films, which are always fun to watch.

The seventies and eighties, along with the 2010s have been the most successful decades for Pakistani comedy movies.

Actors such as Munawar Zarif, Ali Ejaz and Nanna shaped the comedy genre in Pakistani films, with others following suit.

Additionally, lead heroes and actresses in Pakistani comedy movies have displayed outstanding performances within this genre.

Many of the Pakistani comedy movies also reflect and mix other genres, be it romantic, adventure or social.

Here are the 10 best Pakistani comedy movies that have a good story and are funny. 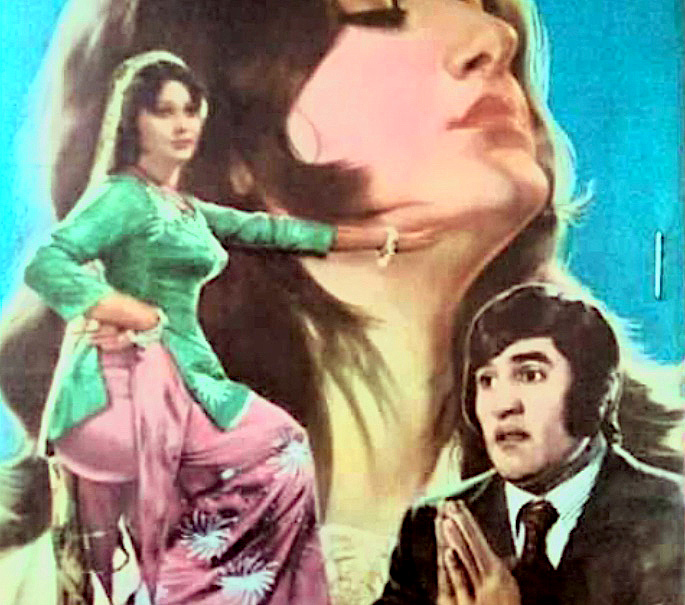 Munawar Zarif was at his comedy best in the title role of Naukar Wohti Da. The lead actress is Aasia, with Agha Talish playing her grandfather.

Parents of Munawar (Munawar Zarif) and Razia (Aasia) decide that two will marry each other when they get older. But when they grow up, a rich Aasia refuses to wed the illiterate Munawar.

But Munawar heads for the city and lands himself a job in the film industry whilst trying to woo Aasia as the two-act as husband and wife in front of her grandfather.

Meanwhile, the character Shahid (Shahid Hameed) loves actress and dancer Mumtaz (Mumtaz). But the two have a tragic ending.

Akhter (Afzaal Ahmed) who wants to marry Aasia in the film has a negative role.

The film also had a great soundtrack, courtesy of music by Wajahat Attre and lyricists Khawaja Parvez and Waris Ludhianvi. 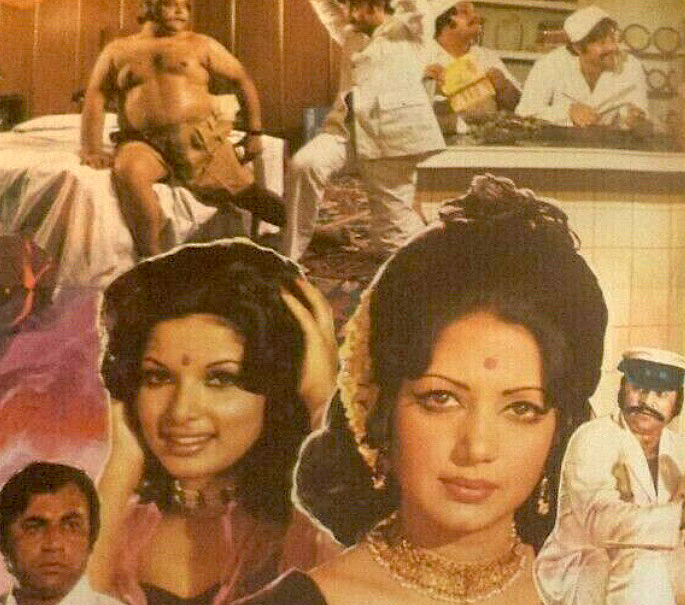 Based on a household, Naukar is a social romantic comedy. The performance of Late Mohammad Ali as the main hero and servant was a real stand out.

The main actress in the film is Ali’sreal-lifee wife Zeba. Popular actress Babra Sharif also features in the film, with Tamannah playing a key supporting role.

Nanna is excellent with his natural acting and perfect dialogue delivery.

There are several funny comedy scenes between Mohammad Ali and Nanna in this Urdu film. 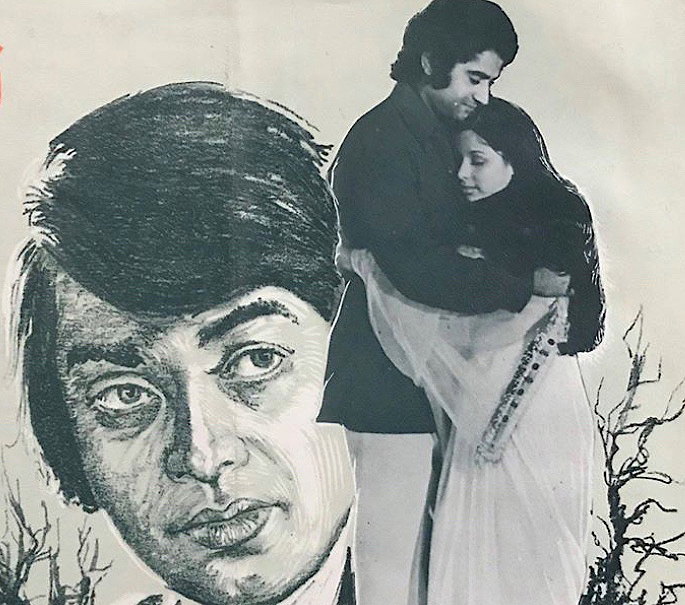 Shabana is a romantic comedy musical Diamond Jubilee, film featuring the biggest names from Pakistan. The film is about two sisters Shabana and Farzana, both played by Babra Sharif.

The very shy and modest Farzana marries her playful boss Akhter (Shahid Hameed) only to find out that he was using her as a one night wife. When the two fight over this, Akhter throws Farzana out of the window.

The more confident Shabana then poses as Farzana to make Akhter’s life very difficult. Meanwhile, Shabana falls in love with Akhter’s brother Anwar (Waheed Murad) who returns to Pakistan after his father’s death.

Shabana has some excellent comedy scenes with Akhter often blackmailing him about his past.

Likewise, Nanna is hilarious playing the role of Fakhroo, an assistant of Akhtar.

Despite Anwar mistaking Shabana as his brother’s ex-love, both Shabana and Farzana reunite with their respective husbands.

“What a performance by Shahid sir and Babra Mam and Our chocolate hero Waheed Murad sir.” 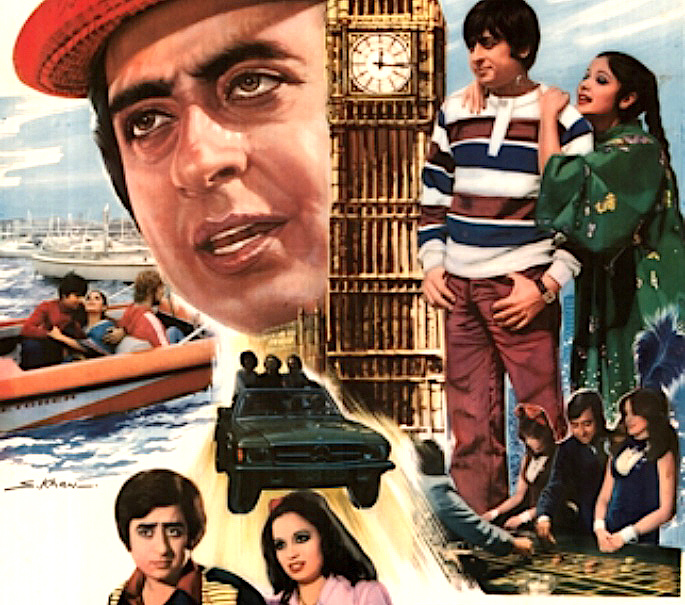 Playboy is a light heart comedy film starring Nadeem (Tony) in the title role, along with actress Babra Sharif (Ayesha).

The story is about how Ayesha travels to the UK and change the playboy mindset of Tony, eventually bringing him back to his roots in Pakistan. The two are very spontaneous in their acting.

Yesteryears actress Shamim Ara is the director of the film.

Most of the film was shot during the summer in London. This blockbuster film which ran for fifty-four weeks in Karachi had an instant connection with the youth and families.

M Ashraf was behind the swinging tunes of the film.  Arthur Nayyar was the voice behind the track, “Yeh Duniya Hai Ek Play, Main Hoon Playboy.” 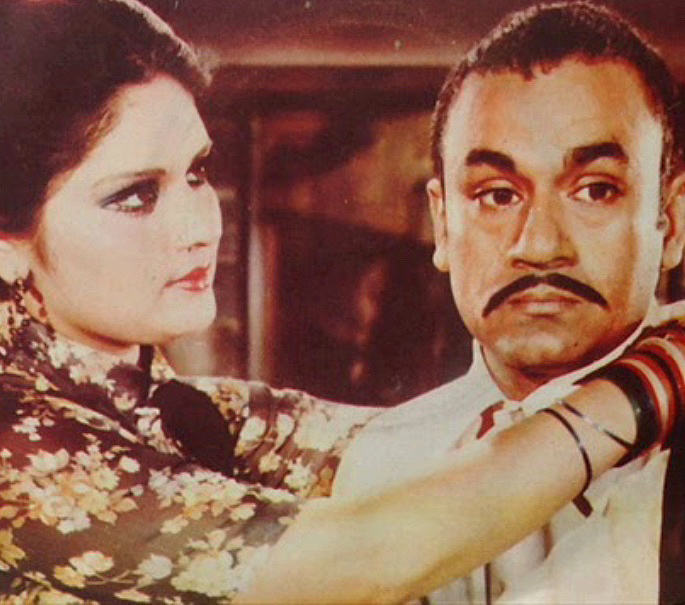 Dubai Chalo is a Punjabi social comedy film, which became a trendsetter with its huge popularity amongst fans.

The proficient Haider Chaudhry is the director of the film, with Syed Noor giving it a different shape to the namesake play, rewriting the script for the silver screen.

The film revolves around a group of simple people who become victims of fraud. Recruiting agents defraud them by taking them to a labour camp instead of Dubai.

Ali Ejaz, Nanna, Durdana Rehman and Aslam Parvez are the main actors in the film.

Ashiq Jutt sings the most striking song from the film reflecting the storyline:

With the film attaining platinum jubilee success, Nanna and Ali Ejaz became the most popular in-demand comedian pairing in the industry. 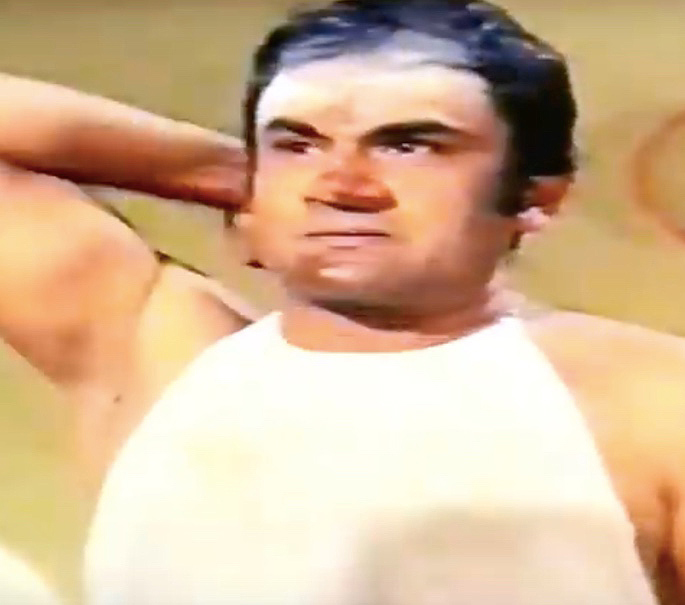 Asif (Ali Ejaz) is a poor person who loves the rich Zaini (Mumtaz) in London. Despite Zaini’s father being against the marriage, the two marry each other.

But when the two return to Pakistan, Zaini’s father and her family mistakes Asif as his servant. The mix up causes many comedy scenes between Asif and Zaini’s father.

Nasir who is mistaken as Zaini’s husband also comes back to Pakistan. Nasir who is involved with criminal Mr Jack (Ilyas Kashmiri endangers the life of Zaini.

In the end, Asif saves Zaini, whilst Nasir succumbs to death. Zaini’s father finally accepts Asif as his son in law. 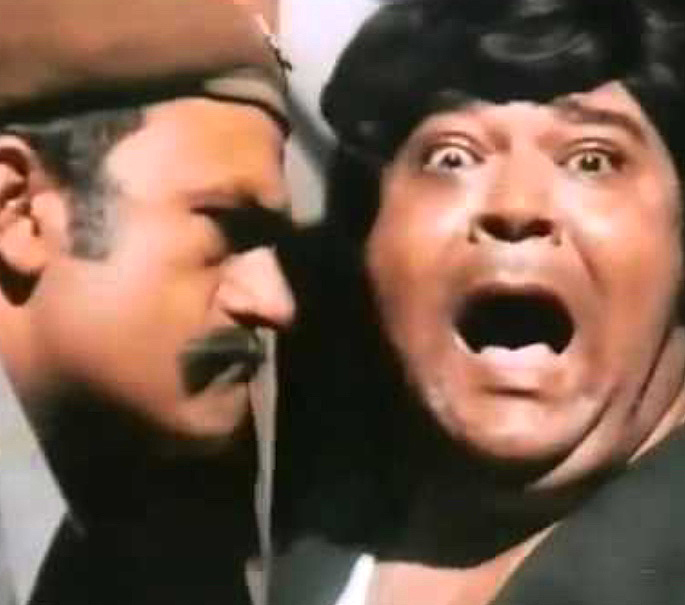 Athra Puttar is an action-comedy-musical film in the Punjabi language.

Sultan Rahi, Mustafa Qureshi, Aasia,  Ali Ejaz, Nanna and Rangeela all play key roles in the film. This was the breakthrough film for director Altaf Hussain.

The film has several popular Noor Jehan songs, Other singers who have lent their voice in the film include Naheed Akhtar, Inayat Hussain Bhatt, Masood Rana and Shaukat Ali.

This Ismail Productions film was a super hit at the box office, with the audience enjoying it. 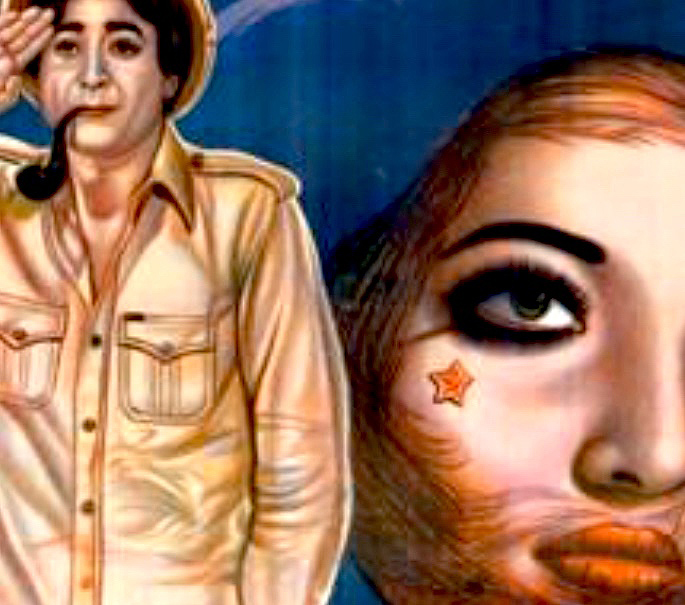 Sangeeta is the director of Mian Biwi Razi, which is a comedy-drama film.

The film shows how a household servant tackles the social issues that the family of his employer’s face. A maid next door helps him in his quest as she undertakes a similar task.

Tahira Naqvi sadly lost her life to cancer six-month post-release of this film. Ali Sikandar of Waris (1979-1980) drama fame also has a comedy role in the film.

The film became a super-hit at the box office, achieving Platinum Jubilee in 1982.

The Urdu film had great locations and melodious songs as well. The Bollywood film Gajab Tamasha (1992), starring Rahul Roy is a remake of this film. 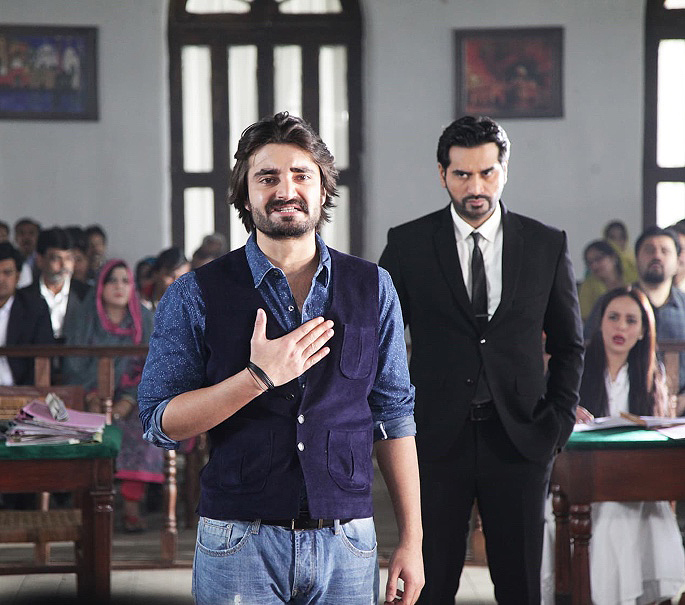 Jawani Phir Nahin Ani is an adventure-entertainment film, which did exceptionally well.

The film is about three married best mates (Saif Ahmed: Hamza Ali Abbasi, Sheikh: Vasay Chaudhry and Pervez ‘Pipi’: Ahmed Ali Butt) who accompany a single divorce lawyer Shereyar (Humayun Saeed) on vacation to get away from their wives.

Besides acting, Vasay is also the writer of this comedy film. 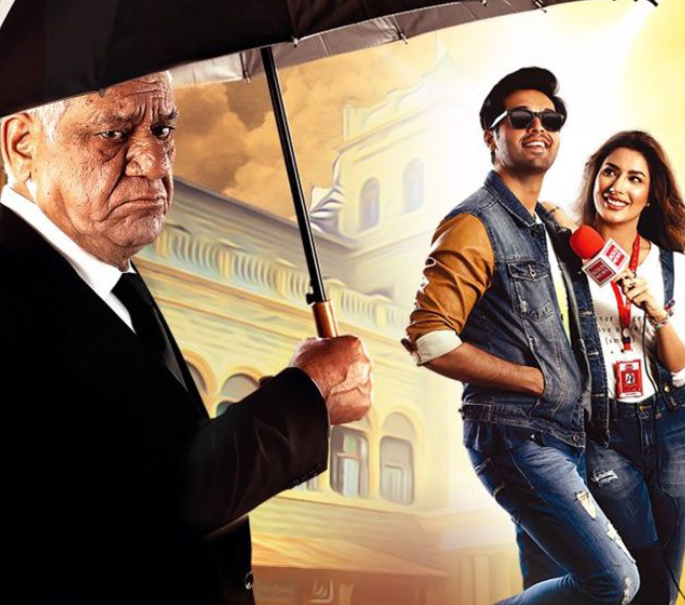 Actor In Law is a social comedy film which was well received by the critics and the audience.

The film is about an aspiring actor Shan Mirza (Fahad Mustafa) who positions himself as a lawyer. Shan becomes famous for taking on challenging cases.

The late Omi Puri plays his estranged attorney father in the film. He disapproves of his son’s choice about wanting to be an actor.

The performances of Fahad and Puri and simply phenomenal film. The stunning Mehwish Hayat plays the character of Meenu Screwala, a strong Parsi journalist.

“Whether it is the language, which borders close to the Karachiwala slang, or the rustic urban sprawl of Karachi, where it’s based, the film screams life in a metropolis.”

The film collected four trophies at the 16th Lux Style Awards in 2017.

Have a weekend of laughter and watch some of these popular Pakistani comedy movies – you will not be disappointed.

Faisal has creative experience in the fusion of media and communication and research which increase awareness of global issues in post-conflict, emerging and democratic societies. His life motto is: "persevere, for success is near..."
Khalil-ur-Rehman Qamar Causes Outrage with Live TV Outburst
Sophie Turner says Sis-in-Law Priyanka is ‘worshipped’ in India