A lot can happen at British Asian weddings. We present a list of ten things you will most likely see or do at a Desi wedding in the UK.

It is not unusual to witness a fight

British Asian weddings are famous for their great atmosphere, their rituals and for being extravagant.

They are about the union of two people and their families.

Every good wedding will include plenty of food, great decorations and fun parties.

In Britain, the three most common Asian ceremonies are Indian, Pakistani and Bengali.

It is now normal for younger couples to have a western influence in their weddings. This can happen when choosing the location, food menu or when playing music during the various functions.

This phenomenon is called ‘cultural fusion’ and it refers to two or more cultures mixing to create a new one.

But what happens during British Asian weddings? Here is a list of the top ten things you might see or do at one. 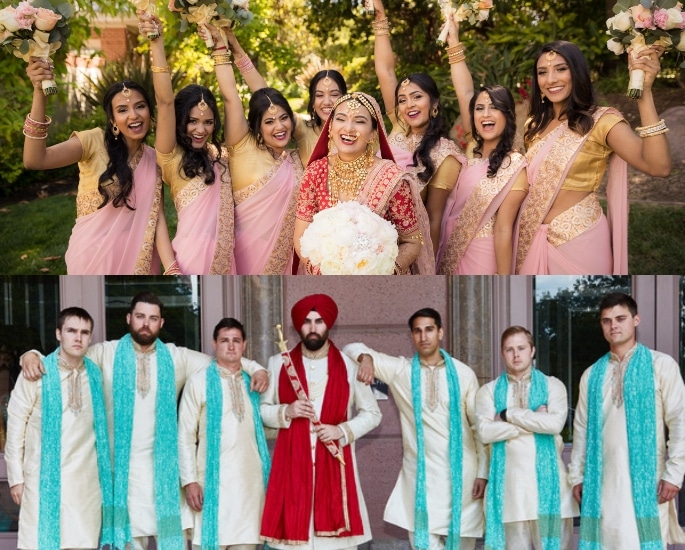 Normally, bridesmaids and groomsmen don’t play a huge role in traditional Indian weddings. Many brides and grooms in India don’t even have them.

Despite that, Desi people in the West have adopted this tradition as they have found it to add more value to the event.

Bridesmaids can provide emotional support to the bride, but they might also find themselves in situations they never thought of being in.

Even a simple task like going to the washroom could be a problem for a bride wearing a heavy lehenga. Helping her will likely be the bridesmaids’ duty.

However, they have many other duties. They also play a big part in making the event livelier, for example by encouraging the guests to dance. 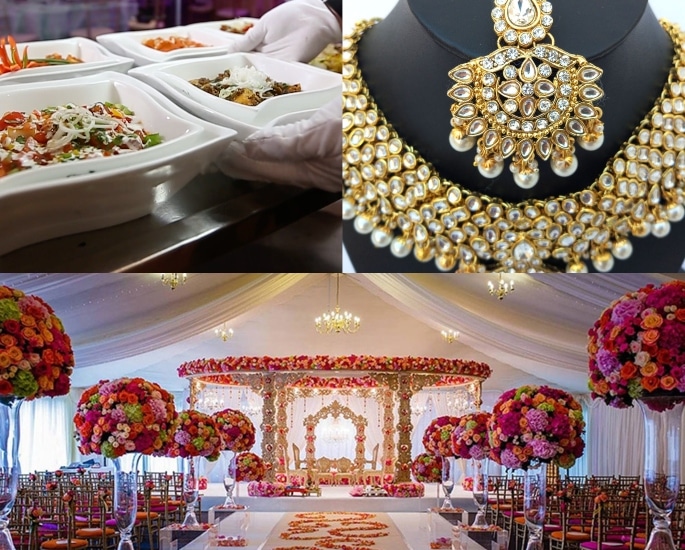 Many Desi parents start saving up for their son or daughters’ wedding years in advance. The expenses can be high for some families.

The Yorkshire Events Centre reported that the average cost of a British wedding is around £23,000. An Asian wedding cost can end up being over £50,000.

The most expensive part of a wedding is usually choosing a venue, which can cost up to £6,000.

Desi families often do not have an exact number for their guest list, as many people will fail to RSVP about their attendance.

Having said that, the hosts will make sure that they can provide for everyone. Other expenses could be gifts, jewellery and decoration. 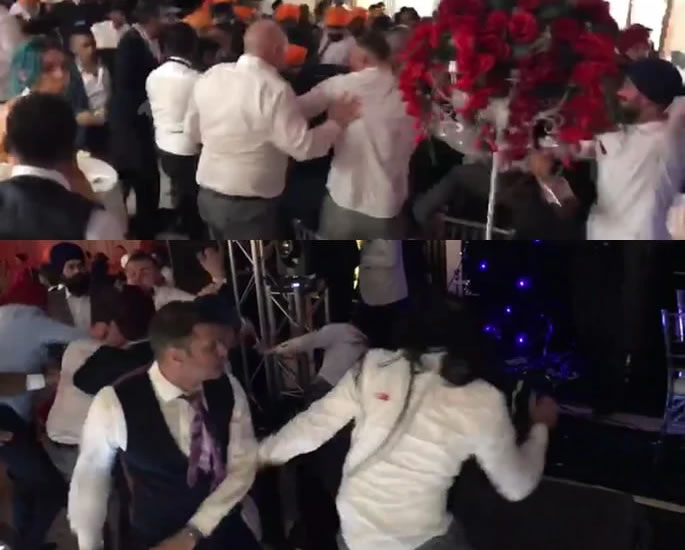 It is not unusual to witness a fight breaking out at a British Asian wedding and there can be many reasons.

One of them is alcohol, especially during an Indian wedding, which will probably have an open bar.

This can add more entertainment to a party, with people having a good laugh and getting into the swing of things.

However, drinking too much can lead individuals who are not in their true senses to cause a brawl.

Another reason that could lead to an argument at a wedding is the ‘mahr’. This is a payment that the groom’s side has to pay or promises to pay to the bride.

Issues over dowry can also create problems. Dowry is when, in order to solidify the marriage, the bride’s family gifts money, land or other items to the groom. 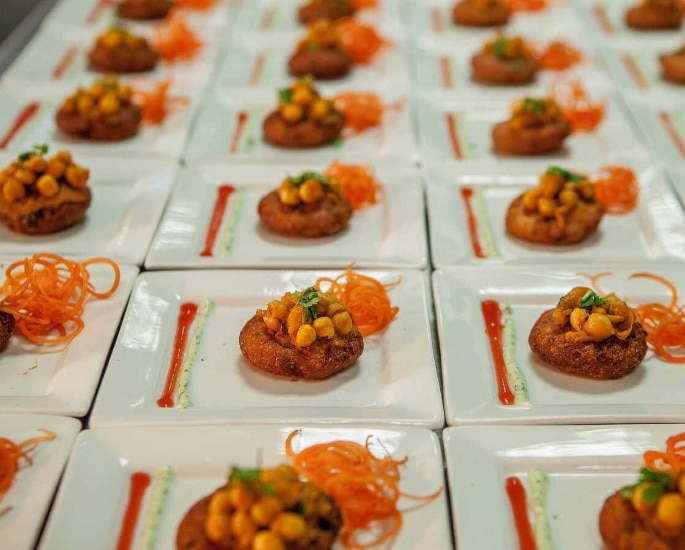 Food is something that everyone looks forward to at a wedding. People might forget what garment the bride and groom wore, but they will never forget if they felt disappointed by the menu.

The first thing they will ask you after you come back from an Asian wedding is ‘how was the food?’ Therefore, for most Desi people, it is vital to have a variety of options available.

People in England are now opting for professional caterers.

Many British Asian weddings include street-style food including foods such as aloo tiki, papdi chaat, pakoras, and the much-loved sweets.

Furthermore, there will also be plenty of vegetarian and non-vegetarian options available to cater for all guests. 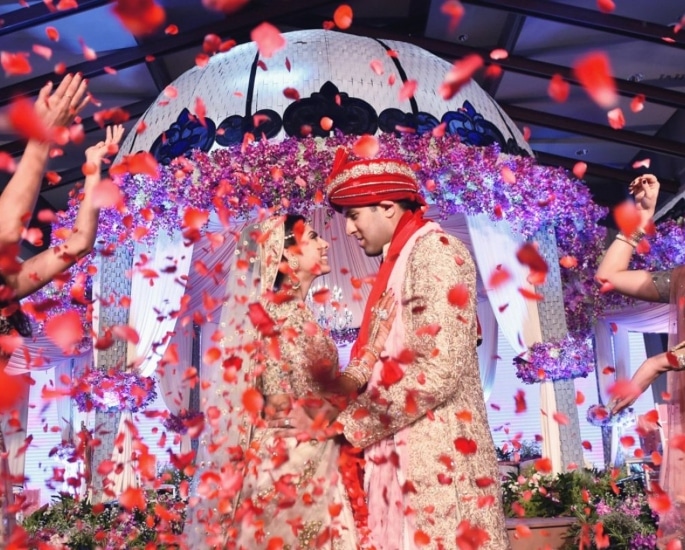 On their wedding day, the bride and groom want to look their best – not only for themselves but also for their attendees.

The search for the best lehenga and sherwani can take quite a long time. Often the bride and groom’s family are involved in the decision.

Small private ceremonies, although they happen, are rare in the British Asian community.

People are spending more and more on their son and daughter’s weddings. It is almost turning into a competition of having the best event.

Hussain gave his view on having a lavish wedding:

“If you can afford it, then it is great, have the biggest wedding. Do not put yourself in debt because of the pressure of pleasing everyone.

“You could have a small wedding, save money for more realistic things, such as buying a home in the future.” 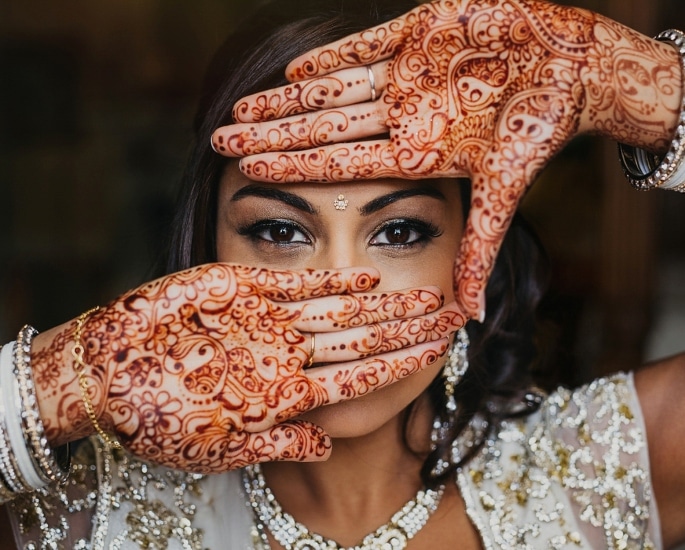 Every culture has its rituals and traditions and some are practised before the wedding day. These are for example sangeet, mehndi and haldi.

Sangeet stands for music and in a British Asian wedding; it is when the party begins.

Mehndi instead symbolises love, whilst the haldi ceremony consists of applying a turmeric paste over the bride and groom’s body.

Other events can take place during the main day. These are usually the walima (reception) and shendi, the amalgamation of mehndi and shadi in one day.

Another typical tradition of Desi weddings is the joota chupai. This is where the bride’s side hides the groom’s shoes and ask for money in exchange.

Moreover, Indian brides, during their vidaai throw 3 or 5 handfuls of rice back, this is considered a symbol of prosperity. 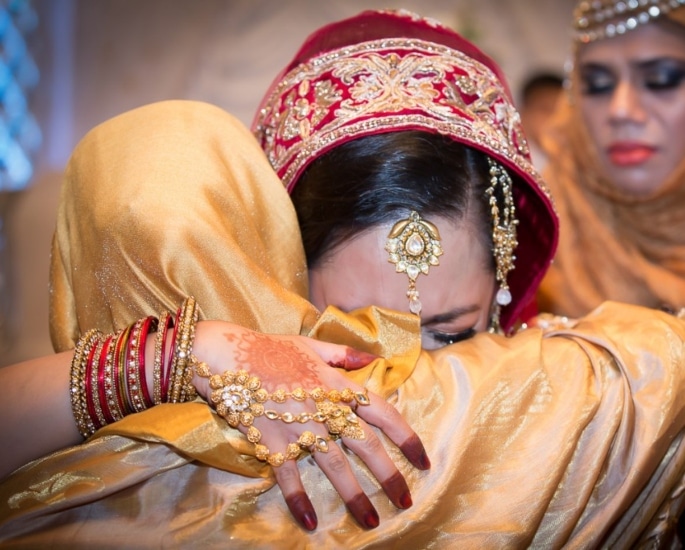 In British Asian culture, a bride after her marriage has to leave her friends and family and start a new life with her partner.

Tradition expects a bride to cry during her vidaai, as this is an important moment of her life. In the case she does not, she is likely to be judged by elderly people.

They are likely to think “look, she is not crying, how shameless. Maybe she doesn’t love her mother”.

Aarti talks about her own experience:

“I did cry at my vidaai, but it wasn’t because of the pressure of the moment. It just came naturally as I was leaving the house where I grew up behind.

“I also was not going to see my parents and siblings every day and the thought of it made me cry.” 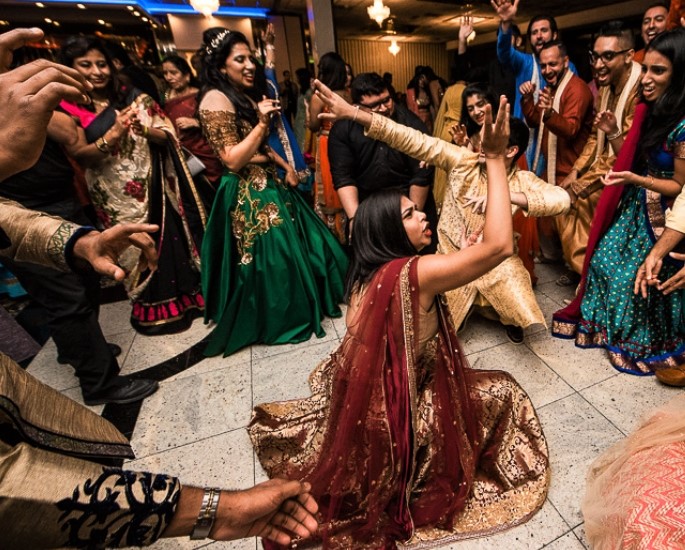 Another reason why British Asian weddings are well known is the loud music and the fun while dancing on it.

In almost all Asian weddings there is a ceremony called lady sangeet. Here the ladies will get together, sing and dance to traditional folk songs.

In some cases, the bride and groom will start the reception party by preparing a dance to perform for the guests.

Many Desi traditions involve dancing. One of them is the Baraat, which is when the groom arrives at the reception and the guests dance around him to the music of a dhol (Indian drum).

“Music and dance are the souls of every Asian wedding.”

“In Punjabi marriages, we dance during sangeet, jago, baraat and reception.

“Jago is one of my favourite traditions, the word means to wake up. The ceremony consists of going into people’s houses to sing mostly funny folk songs and dance on them.” 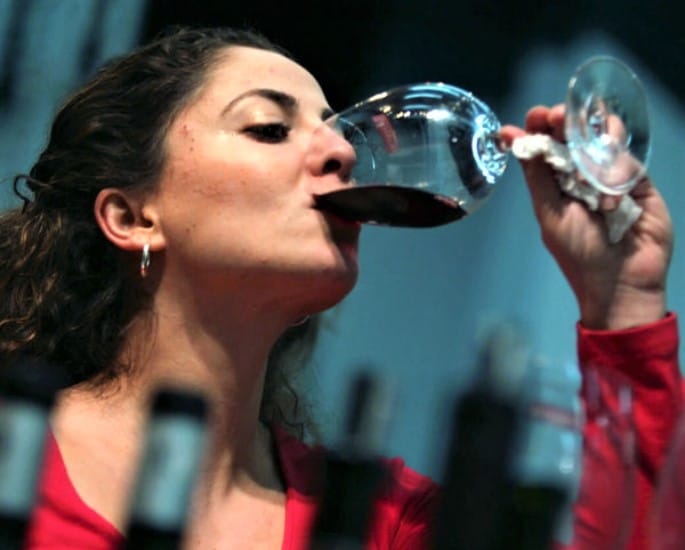 In British Asian weddings, it is not uncommon for women to drink secretly during a wedding.

At many parties, there is an open bar but it is intended to be there for men only. Many parents of British Asian daughters know about their drinking.

Although parents are aware, this is often hidden from relatives to avoid prejudice.

This tends to lead many women to get alcohol from close friends or cousins and drink it secretly in a different room.

Jasmeet said: “I did it once, it was my friends’ wedding and I could not drink publicly as all my family was there.

“Two other girls and I had a couple of drinks in a different room, we mostly did it for the thrill of it.” 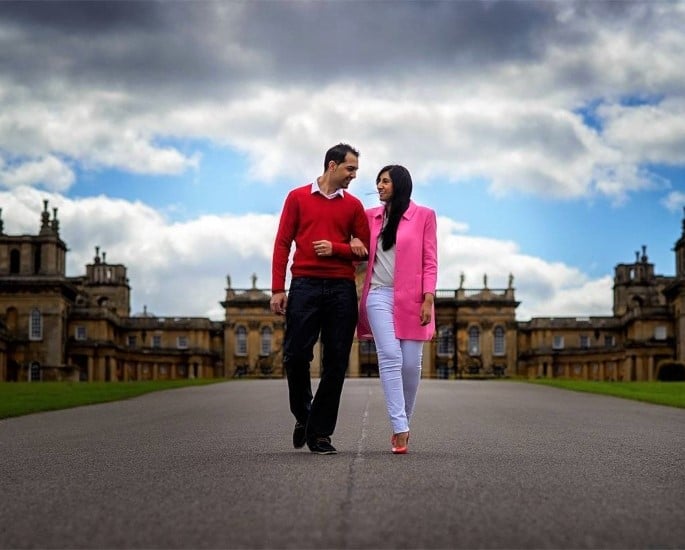 Asian couples are making their marriage days more memorable by having pre-wedding photoshoots.

This is a new trend started by youngsters. It consists of couples choosing a location where they will have their photographs taken before the wedding.

They are not just simple pictures in a beautiful destination, they will require planning and acting in some romantic poses.

Bride and groom-to-be want to have #couplegoals pictures; many hope they will go viral one day.

If you think that this is the only new trend, you are mistaken.

In the video, the couple will be acting on a popular romantic song. The video is then played during the wedding reception.

The above listed are the most common things you are likely to experience, but weddings will include many more activities. These will also depend on which ceremony you’ll be attending.

From food to rituals and music, a British Asian wedding will be an experience you’ll never forget.