Rugby is not often a sport associated with India but the Indians are showing strong passion for the game with the formation of national teams.

The premier division one is known as 'All India'

The sport of Rugby is usually associated with teams from France, England, South Africa and New Zealand. But Rugby is in fact also a serious sport in India, including a divisional league and national teams.

Interestingly, it is not just a man’s sport, women are also playing in women’s tournaments in India.

The game originated in 1823 at Rugby School in England, when William Webb Ellis, disregarding for the rules of football (soccer), first took the ball in his arms and ran with it.

Hence, the name of the Rugby World Cup – the “William Webb Ellis Trophy.”

A variation of the game usually played by 13 players was later devised in Melrose, Scotland. Ned Haig a member of the Melrose Rugby Union Football Club, created a shorter version of the game that could attract many teams to a tournament. which could be played and finished in one afternoon. On April 28th 1883 the first 7’s tournament was held at Melrose with 15 minute matches. Where each team consisted of 7 players.

However, in India, the earliest trace of Rugby dates back to a scratch match or two played in Calcutta and Madras during the visit of H.M.S. Galatea in 1871. The teak goal posts used on the occasion of the Calcutta Match were afterwards used by the Calcutta Football Club (CFC) up to at least 1886.

The first recorded match in India was played on Christmas day 1872, at CFC in Calcutta, it was played between England and a combined team of Scotland, Ireland and Wales. The game caught on and had to be repeated within the week. 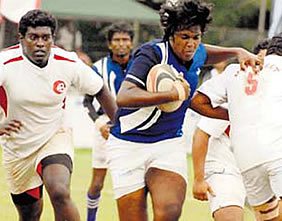 The growth of the game in India has led to the formation of league divisions. The premier division one is known as ‘All India’ and it includes teams such as Chennai Cheetahs, Future Hope, Calcutta Cricket & Football Club (CCFC), Bangalore, Armenians, Maharashtra State Police (MSP), Bombay Gymkhana, Ambala Army and Delhi Lions. The teams also include army and police teams.

In addition to the divisions, there are ‘zone’ tournaments, school championships, under 20’s and under 18’s, regional and national tournaments and trophy games. The home ground of the Bombay Gymkhana host many of the tournaments. 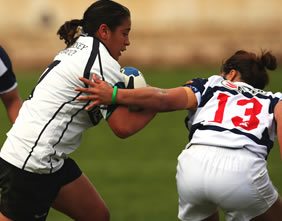 The women’s game is also an integral part of the Rugby movement in India. The women’s teams for the West Zone are Pune Rugby Team, Nanded Rugby Team, Rhinos Rugby Academy, Magicians Rugby Team and Lhatour.

With official programmes for coaching and refereeing the game available via the official Rugby bodies in India, Rugby is set to grow and players from both genders and school age are being encouraged to play the game. So, hopefully there will be a time when India’s national team will be playing on the international Rugby stage.

What is you view on Rugby as a sport? Do you know someone who plays? Are you encouraged by India’s approach to the game?