Youngsters have stamped their mark at the 2019 Pakistan Super League (PSL). DESIblitz takes a look at 5 young PSL players that are among the top performers.

The United Arab Emirate leg of the 2019 Pakistan Super League (PSL) ends with youngsters performing well. Young PSL players during season 4 have been impressive, particularly from a bowling perspective.

The PSL T20 cricket franchise tournament is fast becoming a breeding ground for young talent. Young cricket players are grabbing the opportunity and demonstrating their skills on the cricket pitch.

Some of the franchises have put in a lot of effort into improving the skills of such youngsters.

One of the highlights of the tournament has to be Haris Rauf, who is a very exciting prospect.

Some of the young bowlers are not just taking wickets, but also clocking some serious speeds. Turning the ball has also helped in spinner friendly conditions. 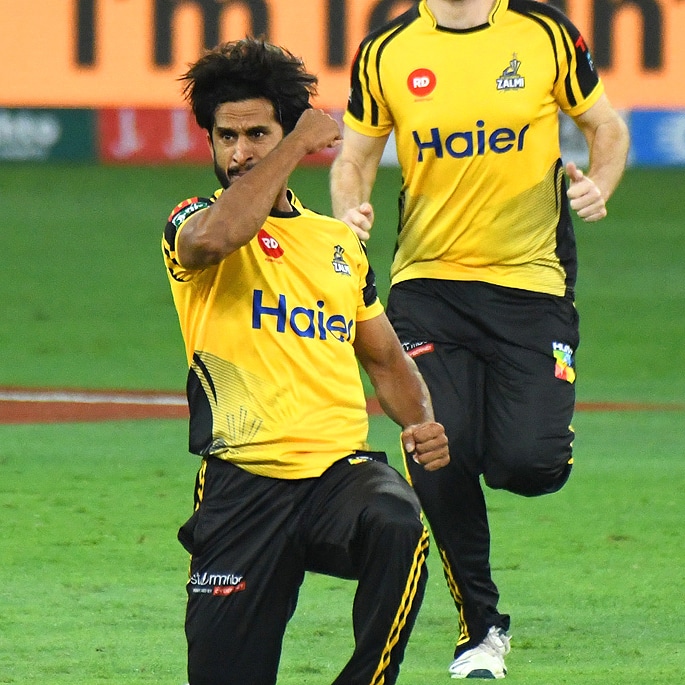 Pakistan and Peshawar Zalmi pacer Hasan Ali has shown consistency in a competition where bowlers have been dominant.

At the conclusion of the matches in the UAE, the 24-year-old was the highest wicket-taker.

With an amazing strike rate of 12, the pacer from Punjab has picked 18 wickets from nine matches played in the desert country.

His wickets ratio on average equates to two wickets per game. His wickets tally have enabled Zalmi to climb up the table.

Hasan has had 2 four-wicket hauls to his name, bagging 4-15 against Lahore Qalandars in the seventh match. He went onto repeat the same figures versus Karachi Kings in the ninth match.

It is at the inaugural 2016 PSL that Hasan began his journey to stardom. And in 2019, he is performing at a much higher level. 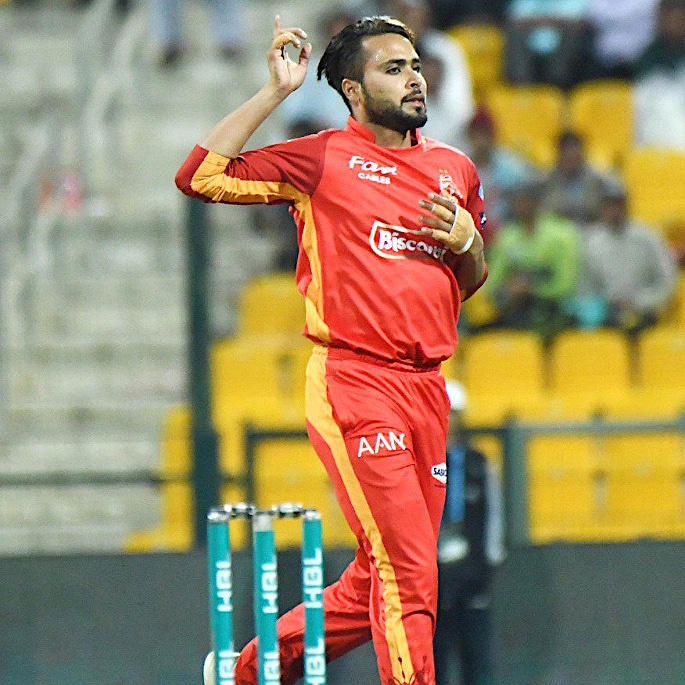 Despite Islamabad United having mix fortunes, Pakistani all-rounder Faheem Ashraf has had a great tournament. Faheem has even outplayed his fellow countryman and prime leg-spinner Shadab Khan.

His two outstanding performances have come up against Lahore Qalandars and Karachi Kings.

In the first match of the PSL against Qalandars on Valentine’s Day, Faheem had an excellent all-round performance. Besides claiming 2-24, with the ball, he also made 23 runs off eleven balls.

Then in the 13th match, Faheem bagged 3-26 as United comfortably beat Kings by 7 wickets.

Faheem had made 81 runs in the UAE, which is not too bad, considering he was batting quite low down the order. His bowling effort will certainly please the Pakistan cricket management ahead of the 2019 Cricket World Cup. 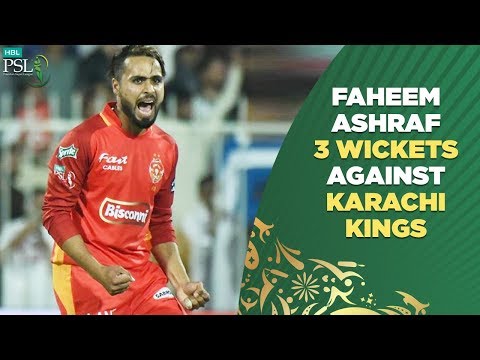 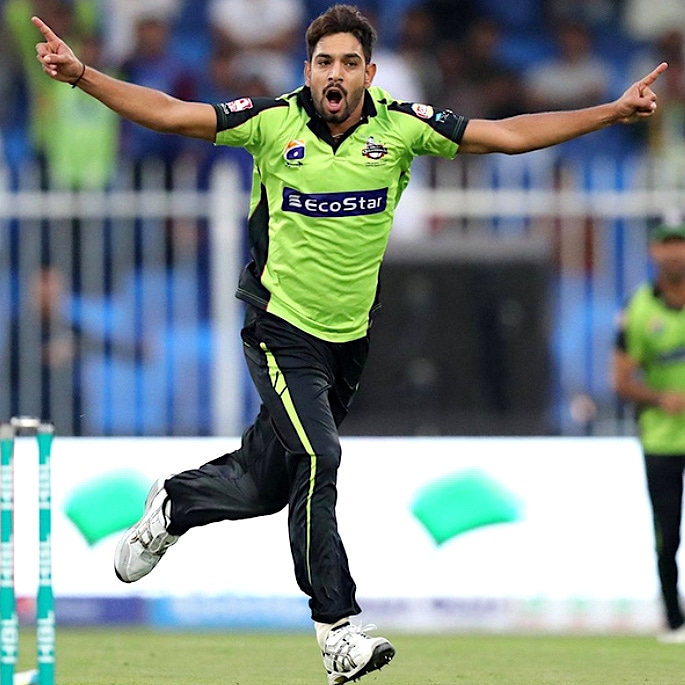 Haris Rauf, a right arm fast bowler from Lahore Qalandars has been quite a revelation. Prior to the tournament starting, Haris was one player that many were talking about.

But perhaps even Haris did not imagine that he could make such a big impact for the Qalandars.

After emerging from the Qalandars talent hunt initiative, Haris was part of the teams’ development programme. The coaching staff led by 1992 Cricket World Cup winner, Aaqib Javed have put in a lot of work to improve his bowling.

Making his debut in the fourth edition of the PSL, Harris has shaken many batsmen with his speed and wickets.

His best display came in the fifth match of the PSL against Karachi Kings. Defending a low total of 138, Haris took 4-23 as Kings were all out for 116.

With his pace consistently at above 145kmph, Haris is definitely making his claim for a place in the 2019 Cricket World Cup.

Aaqib who believes Haris can go big told the media:

“Haris has the talent to go places. I am very confident that he can break Shoaib Akhtar’s record of fastest bowling.

“He has the potential and the ability to become one of the fastest bowlers in the world.”

After eight matches, Haris had taken 11 wickets at an average of 18, which is phenomenal. 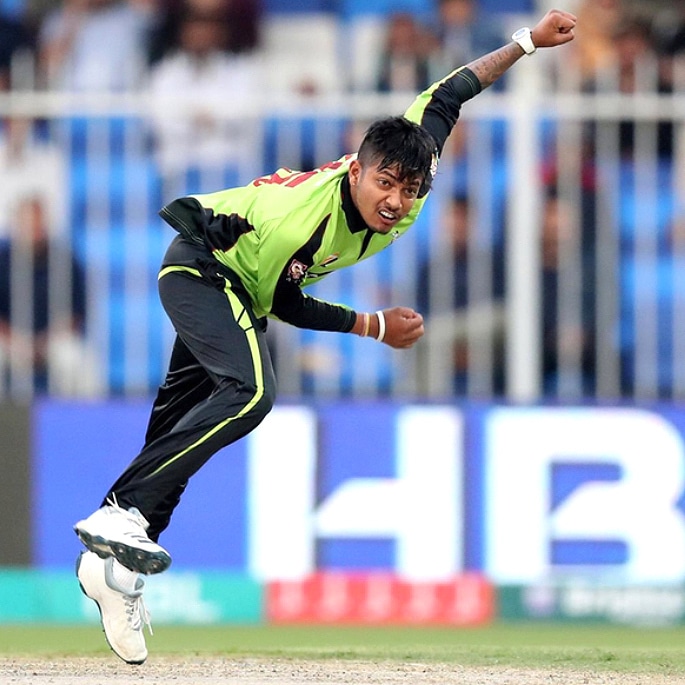 Leg spinner Sandeep Lamichhane from Lahore Qalandars probably has to be the find of the tournament.

The googly of the Nepalese player has found many in trouble.  In UAE, Sandeep has taken 10 wickets in just nine matches, with a strike rate less than 12.

The teenager has had the support of fellow teammate and Pakistani international Yasir Shah.

His best figures of 4-10 came against Quetta Gladiators in the 17th match, as Qalandars registered a convincing 8 wickets win.

“Lamichhanne is a good bowler and has disturbed everyone in the PSL.”

Nepal an associate cricket member will be over the moon with his performances and for the opportunity given to him at the PSL.

This chance at the PSL can only improve his bowling further and help the development of Nepal as a cricket nation. 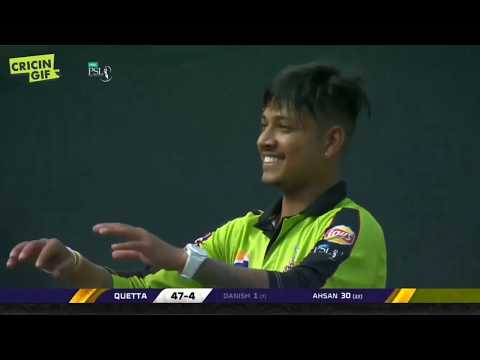 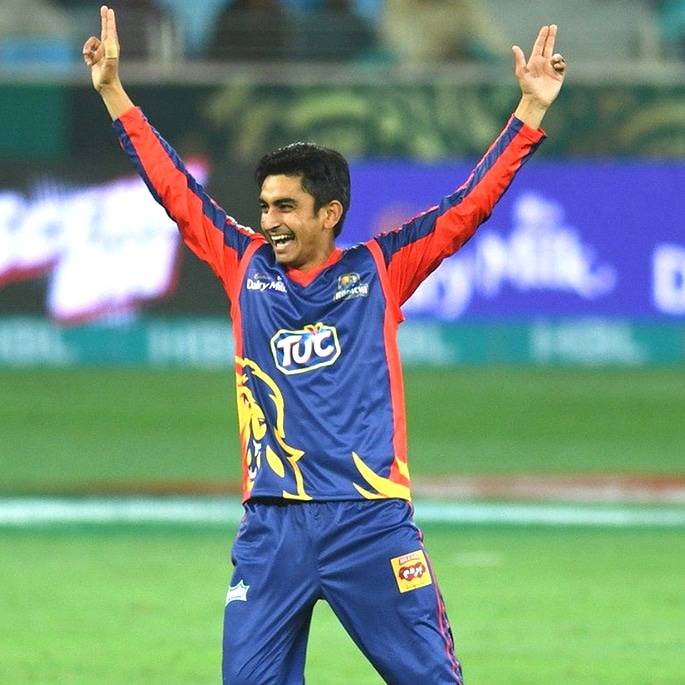 Nineteen-year-old slow left-arm orthodox spinner Umer Khan from Karachi Kings has got to a terrific start during his maiden PSL campaign in the UAE.

With a healthy bowling average of 15 after eight matches, the Rawalpindi born player picked up 10 wickets.

Umer finished with impressive figures of 3-22 as Kings beat Multan Sultans by 5 wickets in the twenty-fourth match.

He will have certainly made an impression on Pakistan and Kings coach, Mickey Arthur with his attitude, variety and length.

Umer who wants people to recognise him for his performances, says:

“I will try to give my best whenever I get a chance so that I can achieve my dreams.”

If he continues his good performances, Umer will definitely be in contention for the national team. 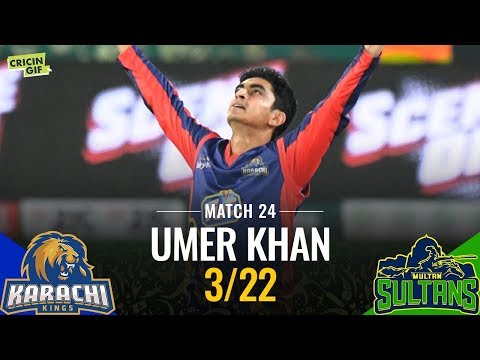 The young fast bowler Mohammed Hasnain of Quetta Gladiators and Islamabad United pace bowler Muhammad Musa have impressed many and are players to watch out for in the future.

Even though the bowlers have stepped up to the mark, the worrying sign is that not a single young batsman has come through.

With the tournament growing strong, we hope to see more PSL young players emerging in all departments, eventually representing their respective national teams.