With the 2016 Pakistan Super League reaching its successful conclusion, DESIblitz takes a look at the 7 moments that made the PSL so special.

"I wanted to become the first Pakistan batsman to score a century in PSL."

The first edition of the Pakistan Super League (PSL) came to a successful end on 23 February 2016, as Islamabad United cruised to a 6 wicket win against Quetta Gladiators at the Dubai International Cricket Stadium.

The PSL produced cricketainment of the highest quality and production value. The 20-day cricket festival gave us a lot of moments to savour.

Here’s a collection of 7 best moments from the 2016 Pakistan Super League.

Through music and dance Jamaican hip hop star Sean Paul, along with West Indian players entertained fans during the opening ceremony of the PSL.

The Caribbean cricketers got into the action when Paul performed ‘Got 2 Luv U’.

Chris Gayle then joined his countryman on stage, followed by the likes of Dwayne Bravo and Darren Sammy.

It is when Paul performed ‘Temperature’ that the cricketers hotted up their dance moves by shaking their legs and arms at the Dubai International Cricket Stadium.

Paul certainly did shake the Pakistan Super League on a positive note, setting the tone for what was to come ahead. 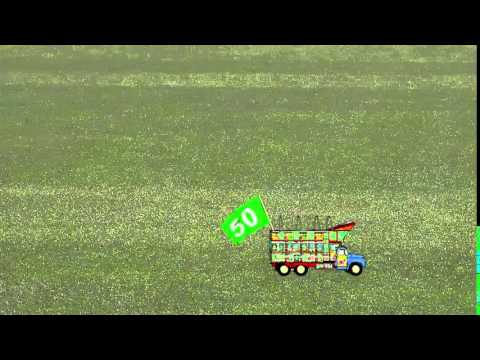 Computer generated effects on screen were a vital component of PSL’s coverage.

One of the most interesting features of the PSL was the colourful hooter sounding Pakistani truck, which would appear on screen when individual or team scores reached 50, 100, 150 or 200 runs.

The truck even got the foreign commentators animated, with South African Pat Symcox stating ‘watch the suspension,’ and ‘here’s the truck with the partnership’.

Fellow commentator Alan Wilkins was also heard on the mic mentioning ‘the truck needs to check its hydraulic pump’. The commentary about the truck reflected excitement, humour and the situation of the match.

In the second league match of the tournament, talented Pakistan left arm pacer Mohammad Amir became the first bowler to register a hat trick in the PSL.

Representing Karachi Kings, Amir achieved this sensational feat against Lahore Qalandars in the 19th over of the match.

Bowling from around the wicket, Amir first clean-bowled Dwayne Bravo, knocking off his middle stump.

Attempting to play the Dilscoop (ramp shot), Zohaib Khan was caught behind by wicketkeeper Saifullah Bangash off Amir’s second delivery. He completed a brilliant hat-trick when Kevon Cooper was adjudged plumb in front of the wicket.

Known as Lala and Boom Boom to many, Pakistan’s favourite son Shahid Afridi bowled a terrific impact spell against the Gladiators during the group phase of the tournament.

With a skip in his stride, Afridi got the ball to consistently drift and curve into the batsman. Super-imposed graphics indicated he was bowling at a good 4-metre length throughout his spell.

Conceding only 7 runs in his four over, Afridi took 5 wickets. This was a career best for Afridi in a T20 match.

Previously his best figures were 5-20 for the Hampshire against Gloucestershire back in 2011 – So a little a record, a new page in the history of Shahid Afridi.

Quetta Gladiators young left arm spinner Mohammad Nawaz delivered the ball of the tournament to bowl out Brad Hodge in the first play-off match against Peshawar Salmi. The magical ball dipped and landed towards leg before sharply turning and hitting Hodge’s off stump.

Complimenting the dismissal of Hodge, a fan from India tweeted:

“What a delivery from Mohammad Nawaz to send back Brad Hodge for a golden duck.”

The wickets of Mohammad Hafeez and Hodge on consecutive balls bought Quetta back into the game before they eventually won a thriller by 1 run, courtesy of a tense final over from Aitzaz Chema.

Nawaz has been a revelation and great find for Pakistan. He received the man of the match award three time in the PSL.

His sweet, fluent and powerful shots against a very good bowling attack were hit from the middle of the bat to all parts of the ground. Being in sublime form, even his upper cuts went for a six.

Sharjeel’s tremendous leg side shots had a touch of caribbeanesque in them. A six straight down the ground was the perfect way to bring up his hundred. He hit eight 6’s, twelve 4’s in his sixty-two balls 117.

Speaking of his innings, man of the match Sharjeel said: “This was a dream innings for me. I’d planned for this, wanted to deliver at a crunch time. I wanted to become the first Pakistan batsman to score a century in PSL.”

Often referred to as the Dr, Dwayne Smith had to prescribe some of his own medicine for the all important final between Islamabad United and Quetta Gladiators.

His dangerous batting in the final was a contrast to his ‘tuk tuk’ display in the third play-off match. Once he got through the initial period he smashed the ball to all corners of the ground.

Knowing the nature of the chase, the strongly built Smith played his best cricket and saved the best for the last.

His incredible 73 consisted of four towering 6s and seven glorious 4s. This was Smith’s second half century of the PSL campaign. 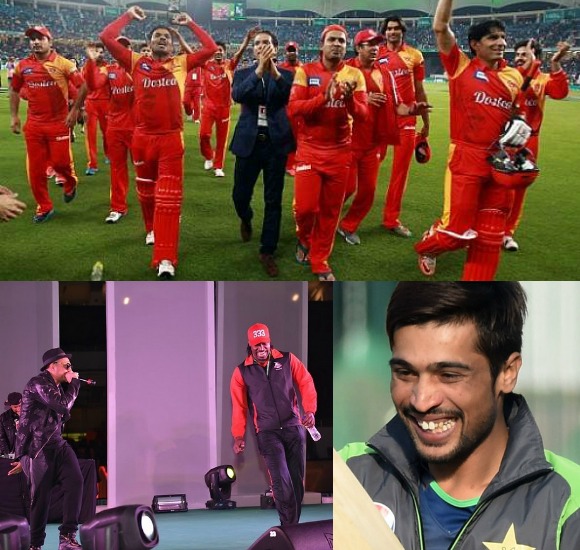 Other noted highlights from the PSL include: all round performance of Ravi Bopara, the celebrations of Viv Richards, smart fielding by Andre Russell and exceptional batting from Umar Akmal.

Overall like with other leagues, the incentive and heart was there for the Pakistan players to perform so well and take ownership of their own league and brand. It is the players who drive the growth and pyramid of a tournament like this.

With the Pakistan Cricket Board (PCB) managing to successfully organise the inaugural Pakistan Super League, fans look forward to season 2, hopefully with more teams and matches held in Pakistan as well.

Images courtesy of Dawn and The National