We preview the showdown between Amir Khan and Saul ‘Canelo’ Alvarez for the WBC World middleweight title in Las Vegas on May 7, 2016.

"The key to beating him will be speed and Amir Khan's got that."

Boxing fans from around the world were left shocked, puzzled, and yet extremely excited, on February 2, 2016.

The newly built, 20,000 capacity, T-Mobile Arena in the boxing capital of the world – Las Vegas, Nevada – will host the eagerly anticipated match-up between the two on May 7, 2016.

So what can we expect to see in the all-exciting showdown between Canelo and King Khan?

First of all, let’s take a look at their fighter profiles:

As you can see, there is very little difference between their respective heights and reaches. Importantly, however, Canelo holds a significant weight advantage over his upcoming opponent.

Significantly, the agreement between them has been made without a rehydration clause in the contract and at a catch-weight of 155lbs.

It means that there is no limit to how much weight Canelo can gain back for their May 7 showpiece. He can potentially rehydrate himself up to 170 – 180lbs.

The largest that Khan has ever fought at, is at 160lbs vs Devon Alexander in December 2014. Even at that weight, Khan could be conceding 10, 20 or possibly, even more, pounds to Canelo.

This means that there will be more weight behind Canelo’s already powerful hits and strong left hook for the 2004 Olympic silver medallist to comprehend with.

Khan must also be weary of his excellent body punches and explosive combinations.

A rehydration clause would have prevented Alvarez from rehydrating more than an agreed weight. This would have made for a slightly fairer bout between the two fighters who are not in the same division. 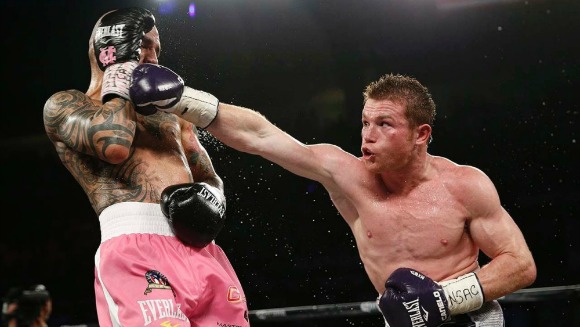 In 2010, Canelo KO’d Carlos Baldomir – the first to do that to him in the 16 years prior to their fight.

Canelo acknowledges the threat Khan poses though and explains that it will not be easy.

He says: “I do think Amir Khan is a dangerous fighter for me. He was a silver medallist at the [2004] Olympics and he is known for his fast hands and for his defensive style. He has fast hands and also good, fast footwork.” 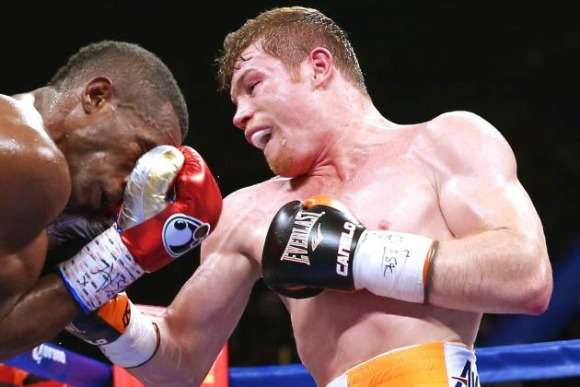 “Alvarez has got slow feet, so the key to beating him will be speed and Amir Khan’s got that.”

Only Floyd Mayweather Jr has inflicted a professional defeat upon Alvarez thus far in his career. Mayweather beat Canelo by majority decision in 2013. 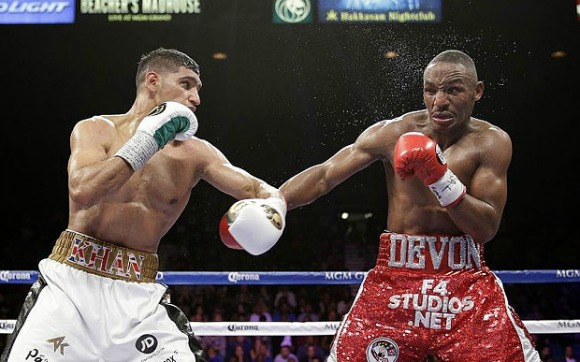 Khan says: “My goal is to always fight the biggest names and the best fighters, that is why I’m excited for this fight.

“I know I have the speed and ability to beat him and will give my fans what they deserve.”

The boxer, who married Faryal Makhdoom in 2013, has delivered upon his word. Despite rejections from Mayweather and Manny Pacquaio, he has agreed to fight one of the next biggest names in the game.

Fury agrees, saying: “It had to be Alvarez or [Gennady] Golovkin.” 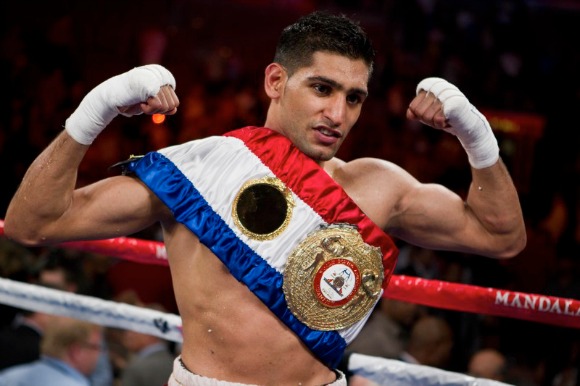 Over the past two years, Khan has successfully integrated himself within the welterweight division.

He currently holds the WBC Silver welterweight title after defeating Luis Collazo in May 2014. He defended it with further wins against Alexander and Chris Algieri.

However, Khan will be up against a much more potent fighter come May.

He has decided to jump the light middleweight division in order to take on Alvarez for the middleweight title.

WHAT CAN WE EXPECT? 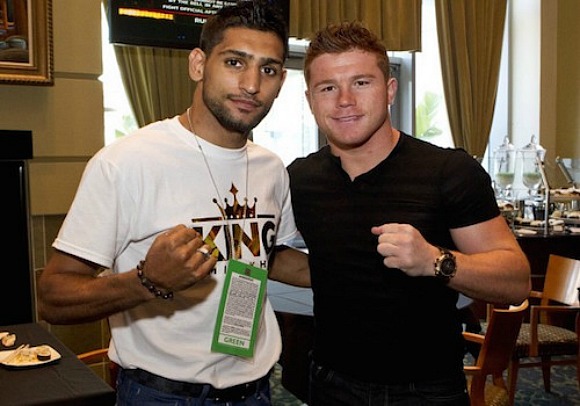 Khan is currently bulking up ahead of the clash but must avoid ‘over-bulking’. He must make use of his greatest strength – his speed – and adding too much weight could compromise that.

Alvarez has already acknowledged his fast hands and footwork. He must ensure that he is able to move well for the full three minutes of each one of the 12 rounds.

If he struggles to do so, Khan will be forced to trade with a Canelo who is at one of the biggest sizes he’s ever been.

Khan can take heart in the fact that he has a good recent record in Las Vegas, with wins over Alexander and Collazo. 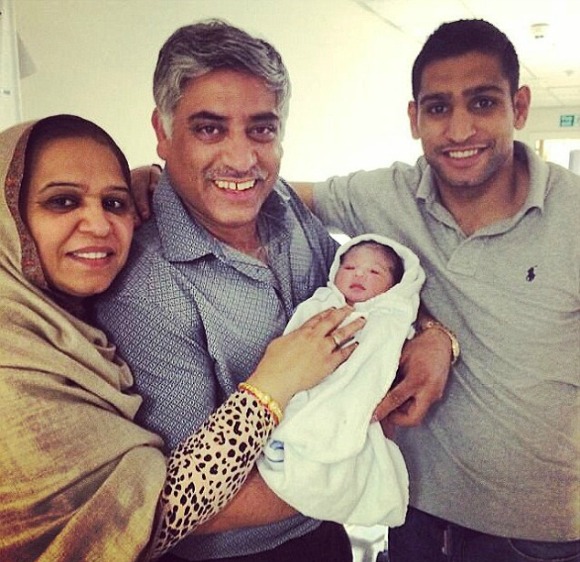 Will this good fortune continue for Khan on May 7, 2016? The outcome very much depends on which style prevails. Will it be Canelo’s power or Khan’s speed?

Shivey Singh predicts: “Canelo to win by knockout or Khan on points.”

Rohan Dhaliwal reiterates this in comedic fashion. He says: “Khan’s only hope is to jab Canelo’s head off for 12 rounds and run.”

Khan himself says: “I’m doing this because I really believe I can make history.” 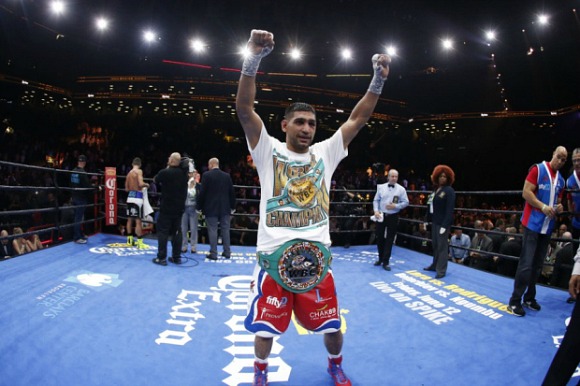 Regardless of the result, Khan has placed himself into an excellent position.

Ansar Mahmood calls it ‘a win-win situation. If he loses, he can blame the weight. If he wins, he could be labelled as one of the bravest and greatest fighter’s in the sport.

Ansar adds: “Canelo struggles against speed, so if Khan Boxes, he can win. But if he fights, he could well get KO’d.”

A defeat to a welterweight rival such as Kell Brook or Danny Garcia could ruin Khan’s career. But against Canelo, he has nothing to lose while the Mexican has his WBC, Ring magazine and Lineal middleweight championships at stake.

We are sure to be in for a cracker of a fight between the pair. Don’t miss it!

Images courtesy of AP, The Star and Amir Khan Instagram

7 Best Moments of Pakistan Super League 2016
How will Force India perform in 2016?