What’s Next for Boxer Amir Khan?

Following his devastating sixth round knockout against Canelo Alvarez, DESIblitz explores what could be next for the Brit Asian boxer, Amir Khan.

"I’ve got a few good years left in me and then I’ll retire, get kicked out of the house, or disowned”

On May 7, 2016, Amir Khan fought Saul ‘Canelo’ Alvarez in one of the most eagerly anticipated boxing bouts of the year.

But this was about more than just a title for the Bolton born boxer. 29 year old Amir Khan wanted to become a legend of the sport, and prove any lingering doubters wrong.

Amir himself said before the fight: “I want to take this to prove to people how good I am.”

Khan dared to be brave. And for much of the opening rounds, he looked as though he might just claim an unlikely, but monumental, victory. 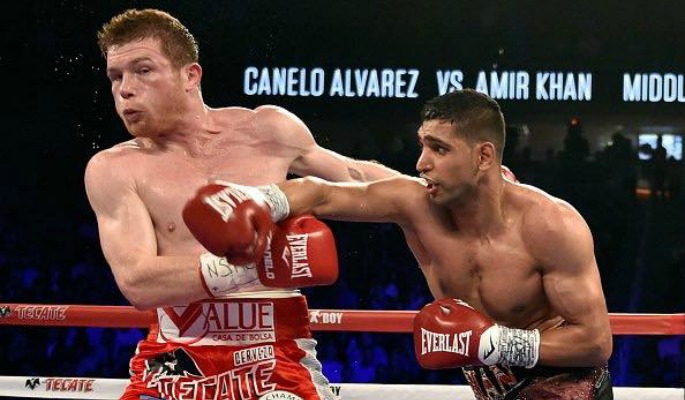 Unfortunately for the Briton, the weight difference between him and his opponent proved decisive. Khan effectively used his speed, movement and jabs, but was ultimately not doing enough damage to the bigger Canelo.

In the sixth round, Alvarez finally landed a clean punch on Khan, knocking him to the canvas, and more worryingly, unconscious. He has made a full recovery, after being released from hospital several hours later.

Canelo’s promoter, and boxing legend, Oscar De La Hoya, acknowledged Khan’s fearlessness. The founder of Golden Boy Promotions says: “Amir Khan is one of the bravest fighters in the world. Maybe he’s too brave for his own good, but he’s willing to be great.” 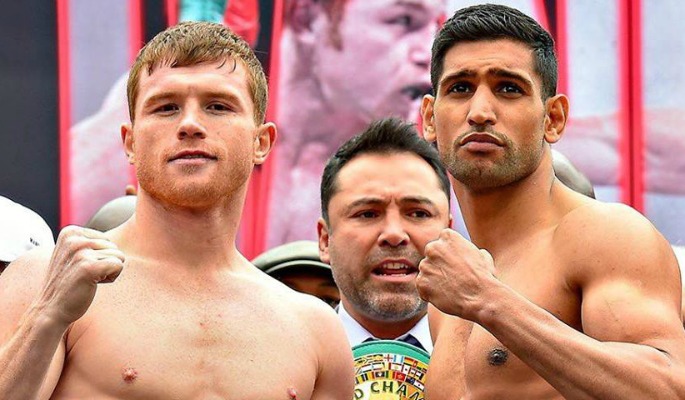 Amir prides himself in being able to recover his confidence after defeats. He was KO’d by Breidis Prescott in 2008, but then beat Oisin Fagan by TKO just 3 months later.

He also suffered back to back defeats to Lamont Peterson, and Danny Garcia in 2011 and 2012. Khan since responded to those by winning his next five bouts before succumbing to Alvarez.

Khan is now back in the UK, and is sure to be considering his various options. Will he be looking to rebuild his confidence or could he be thinking about retirement?

Accept the challenge of Kell Brook

After failing in his attempt to compete at middleweight, it is likely that Amir Khan will drop back down to welterweight.

Kell Brook is the current IBF welterweight champion, and a Khan vs Brook matchup is the fans number one choice for what the Bolton man does next.

It is well documented that Brook is keen on a bout with his cross-Pennine rival. However, Khan has to this point rebuffed him, saying “He is not a big enough draw for me.”

Brook is confident that he would KO Amir Khan in any potential fight. He says:

“It won’t be safe for him to fight me. I punch just as hard as Alvarez. It would just be a matter of time before the same thing happened.”

Brook would be a formidable opponent for Khan. He is undefeated in his 36 professional bouts, winning 25 of those by knockout. 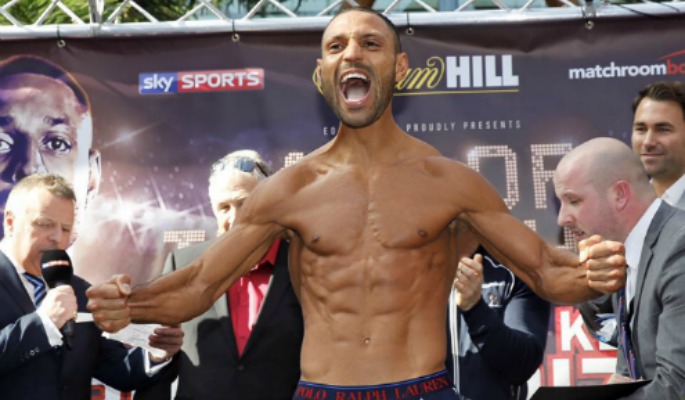 But there is nobody better out there for Khan to beat and rebuild his reputation against.

Choose the other Welterweight Champion

Danny Garcia is the current WBC welterweight champion, and represents Khan’s other route straight back to the top.

Like Brook, Garcia is also undefeated. He has won all of his 32 fights to date, winning 18 of those by knockout. 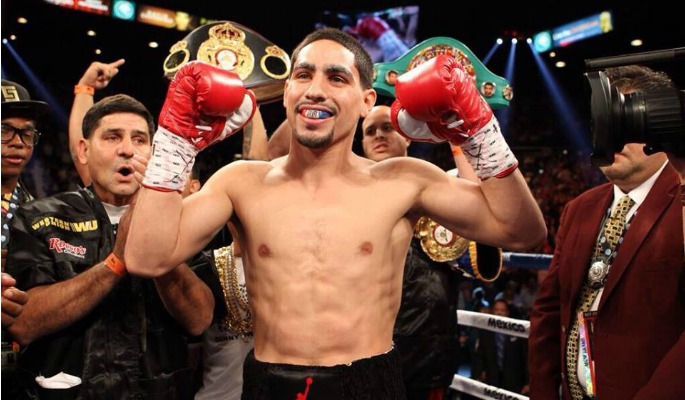 Victory in a potential bout with Garcia could allow Amir Khan to once again prove his abilities as a top fighter.

He would also receive the added bonus of claiming Garcia’s WBC title which would erase any bad memories of the Alvarez fight.

However, Garcia has already previously beat Khan, winning by TKO in 2012. Will Khan be seeking revenge or will he stay away from Garcia in order to avoid another possible defeat?

Floyd Mayweather Jr is one of the greatest boxers to grace the sport, and is certainly one of the best in his era. 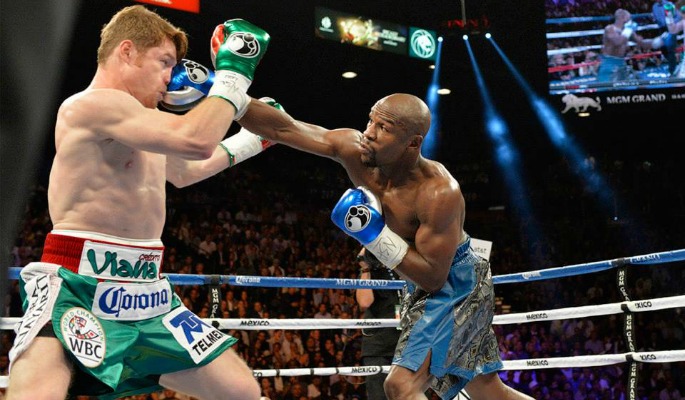 Khan has frequently called out for Floyd, but was unable to convince him to fight before he retired in 2015. Mayweather has announced his retirement from the sport several times before though. Can Khan tempt him out of it for one last time?

Mayweather is now 39, and would only consider another bout if it was a real money-spinner. Rumours are circulating that Floyd is considering an offer for that final box-office payday.

It is claimed that Floyd Mayweather Jr will come out of retirement to face the UFC fighter, Connor McGregor.

Amir Khan added to those rumours when he tweeted the following:

Time to call it a day?

The last reasonable option left for Amir Khan, would be to call an end to his illustrious career.

Khan explains that his mother, and wife, Faryal Makhdoom, are urging him to retire from boxing. He says: “They’ve both wanted me to retire a year ago, but I’ve got a few good years left in me and then I’ll retire – or I’ll get kicked out of the house, or disowned or something.” 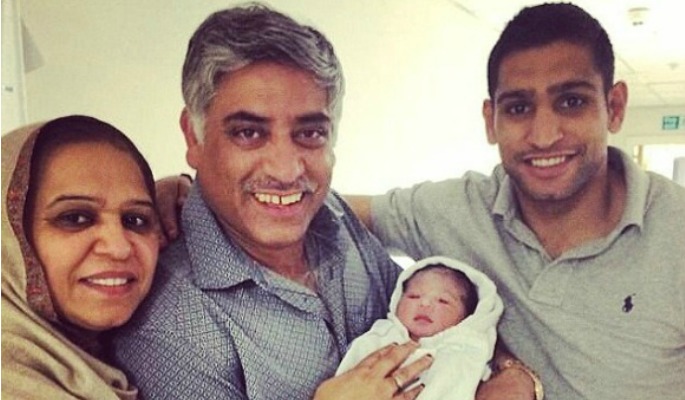 Amir has been in the sport for a long time, beginning his hard work at the age of just 8. Tony Bange, the young protégé of former boxing champion Prince Naseem Hamed, also believes that it is now time for Khan to relax.

Tony says: “Amir should retire and enjoy his life now. He’s made a great name for himself and his family, and he has done his fans and country proud.”

Tony also understands Khan’s willingness to continue. He says: “I think he would want to do one more fight because no boxer wants to go out on a loss.”

Despite his recent defeat, Khan still has a variety of options available to him. Ultimately he tells us that he still enjoys his boxing, and says that he has “maybe a couple of years, a couple more fights” left in him. 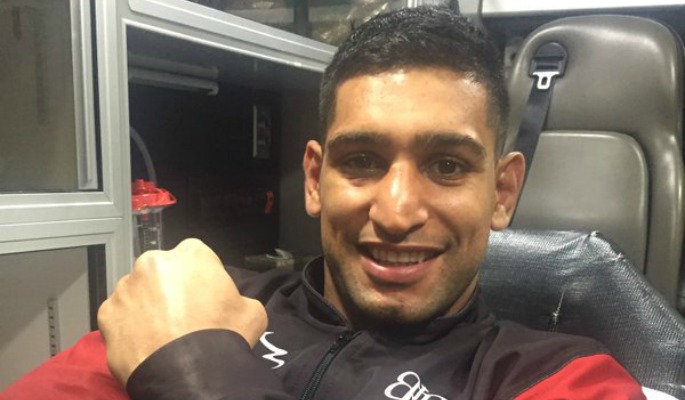 He could regain his confidence by arranging a bout with the ageing two-time former world champion, Timothy Bradley.

Or, he could go straight back to the top by setting up welterweight title fights with either his rival, Kell Brook, or the man who previously defeated him in 2012, Danny Garcia.

Floyd Mayweather Jr would consider one last big payday, but would Khan be enough of a big name now to offer him that? His head may well have been turned by a potential fight with Conor McGregor.

Failing all of these, not much else is left for Khan apart from retirement from the sport.

Regardless though, he can be extremely proud of his illustrious career so far. But is there one final chapter left in his story? We will have to wait and see.

What should Amir Khan do next?