Jaypee Punjab Warriors are the winners of the Hockey India League 2016. DESIblitz rounds up all the highlights of the fantastic tournament.

The experiment of the two point field goal rule proved to be a successful one.

Week 4 of Hockey India League saw the Ranchi Rays become a force to be reckoned with going into the last leg of the campaign.

Any of the remaining five teams could reach the semifinal spots, which made for a tense and thrilling concluding week.

Three matches took place before the League entered its final stages, with brilliant goals from all sides.

The Delhi Waveriders, in particular, delivered a highly enjoyable performance, hammering the Kalinga Lancer in what was an impressive all-round attacking display.

Results were as follows:

Here is what happened at the semifinals and final match of the Hockey India League 2016. 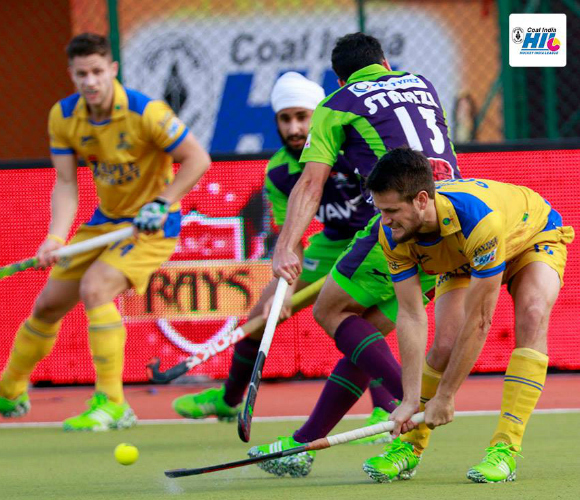 The Warriors were the victors in the first semifinal tie meaning this would be their third consecutive final appearance in a row.

In the 6th minute, the deadlock was broken by Delhi’s Rupinder Pal Singh who scored his 12th goal of the tournament via a good old penalty corner, 0-1.

Youngster Armaan Qureshi turned the tide in the 19th minute through an outstanding tomahawk field goal struck from the edge of the D, 2-1.

The Warriors ensured their place in the final through a penalty corner in the 51st minute, successfully put away by Simon Orchard.

The initial shot was blocked but the team patiently worked an opening and Orchard calmly trapped the ball and reverse struck towards goal, 3-1. 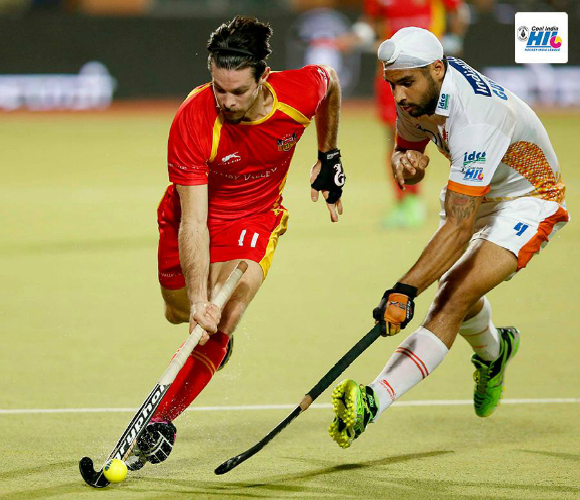 Kalinga Lancers went into this semifinals as the underdogs as the Ranchi Rays form had been consistently high all season and two teams were separated by 12 points in the table.

However, anything can happen in the knockout stages and it was the Rays who held their nerves in the penalty shoot out to achieve their first final appearance.

It was first blood to the Kalinga Lancers, as Gurjinder Singh converted a penalty corner in the 22nd minute giving the Lancers a slender 1-0 lead.

The score line remained unchanged until the final five minutes of the match, which yielded the most nail biting hockey of 2016.

The Ranchi Rays relentless attacks finally paid off in the 57th minute when Trent Mitton converted a penalty corner to level the match, 1-1.

Kalinga Lancers were then awarded a penalty corner of their own in the 58th minute and captain Moritz Fuerste did not buckle under pressure, re-establishing the for Kalinga Lancers, 2-1.

The resilient Rays astoundingly levelled once more. A penalty corner in the dying embers of the match was converted by Timothy Deavin who reacted quickest to the rebound.

That goal took the match into a penalty shoot-out. In hockey, players have eight seconds from the 23 metre line in which to score.

Ashley Jackson had to retake Ranchi’s first penalty because the keeper didn’t have his glove on, and despite scoring at the first attempt, he missed his second.

The Lancers seemed like they were almost showboating at times with their penalties. They showed extreme confidence and were toying with the opposition goalkeeper.

Barry Middleton missed the Rays fourth and Aran Zalewski kept it simple with his penalty to win the match for Kalinga Lancers by 4-2 in the shoot-out. 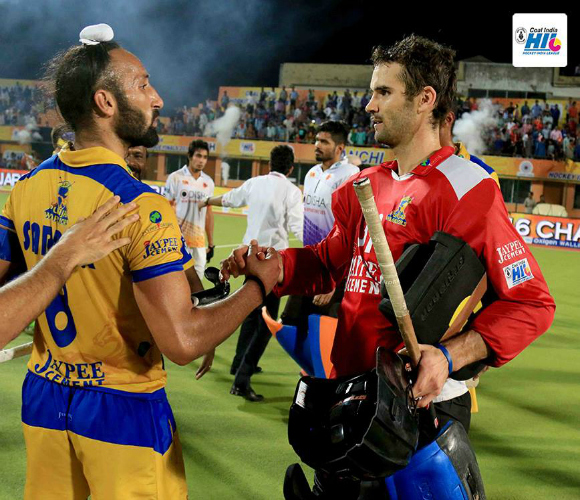 The 2016 HIL final turned out to be a rather one-sided affair, as the Jaypee Punjab Warriors front line flourished on the attack and ended their tournament in a very stylish manner.

The Warriors opened their tally early on in the match via a field goal in the 4th minute – that talented youngster Armaan Qureshi at it again.

After receiving the ball in the centre of the D, his great first touch took the ball outside the reach of the defender and a tomahawk finish handed Punjab a 2-0 lead over the Lancers.

In the 24th minute, Kalinga received a penalty corner which was expertly converted by Captain Moritz Fuerste, giving the Lancers a lifeline at 1-2.

Jaypee Punjab Warriors hit their opponents with a one-two combo in the third quarter.

Back-to-back field goals in the 39th and 42nd minutes through Matt Ghodes and Satbir Singh gave them what turned out to be an unassailable 6-1 lead.

The Jaypee Warriors were then crowned champions of the Hockey India League 2016. 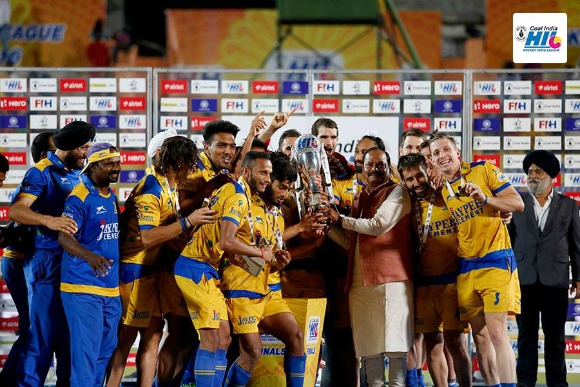 The experiment of the two point field goal rule proved to be a successful one with players more motivated to attain field goals, rather than opting to repetitively win penalty corners for easier scoring opportunities.

It made for much better spectacle, so it will be interesting to see whether the higher ups make the decision to make the rule change widespread.

Largely due to this rule change, the HIL 2016 has been a very entertaining month for Hockey fans and it can’t be stated enough that this tournament is the perfect advertisement for the sport.