History will be made in the sport of Hockey. A new tournament starts on 14th January in India called the Hero Hockey League 2013

"I think the Hero Hockey India League is what world hockey needed."

There are high hopes for a new IPL style of league for the popular game of Hockey, once seen a very major sport of India. The league has been sponsored by Hero and therefore, called the Hero Hockey India League (HIL). 2013 represents the first season of the new league.

Both players, coaches and investors in the teams hope to revive the once much loved South Asian sport. Hockey has always been a sport associated with South Asia, in particular, India and Pakistan but recent years have shown they these countries no longer dominate the sport as they once did. Especially, after seeing Hockey as part of the Olympics, it has shown that other countries are up-coming talent such as The Netherlands, Germany and Argentina.

The Hero Hockey India League consists of five teams which will be participating in the tournament. Originally, there were six but Bangalore was not sold as a franchise-based team, leaving the five teams consisting of players from India and around the world. The teams are:

Each Hockey India League franchise has 24 players which include 10 foreign and 14 Indian players. The player auction for the teams was held on 16th December 2012.

The Hockey India League will be played from 14 January to 10 February 2013 on a home and away basis. The first game will be between the Jaypee Punjab Warriors team and the Delhi Waveriders at the Major Dhyan Chand National Stadium, in Delhi.

Mumbai Magicians?? main goalkeeper PR Sreejesh strongly feels that the Hero Hockey India League will strengthen Indian hockey immensely. “The League will surely improve our physical and mental skills. All the teams have world class players and coaches, and they will apply their experience to bring high-level tactics on the field. The matches will be intense and that will improve our game,” he said. 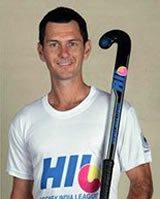 Jamie Dwyer, the five-time FIH World Player of the Year, will be captaining the Jaypee Punjab Warriors. He feels very supportive about the new league and says that it will be a great challenge for the players from various countries to come together and play.

“I think the Hero Hockey India League is what world hockey needed. The competition will be like a major international tournament, you have the best 50 international players playing and obviously all the good Indian players.”

“The biggest challenge for these players of such varied cultures is to try and gel together on and off the pitch. We share mutual respect and admiration for each other and the more we play, the sooner our combination will settle,” said the Aussie skipper.

Amit Rohidas, a young 19-year-old defender from Sundargarh district of Odisha was selected for the Ranchi Rhinos. India’s stars such as Manpreet Singh, Birendra Lakra and K Kothajit Singh will be accompanying this defender in the upcoming League. Talking about the opportunity to play in this unique tournament Amit said:

“Playing with these top players will surely improve my game and technique. Hero Hockey India League is the best thing happened with Indian hockey and players. It is a huge opportunity for us.” 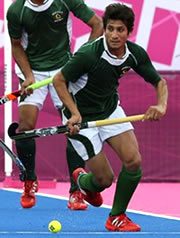 Some controversy surrounded the players from Pakistan. They were suppose to be in India between 7th January and 9th 2012, but when they did not arrive. This led to speculation that an alleged killing of two Indian soldiers on the Line of Control might have affected their arrival into India.

However, Hockey India Secretary General, Narinder Batra said this was not the case and stated it was a visa issue: “Now that the players have got visas, they should be joining their teams very soon,” he said.

Two Pakistanis are on the roster of the Delhi Waveriders team, namely, Mohammad Rizwan jr and Muhammad Rizwan Jr. Playing alongside Hockey stars like Sardar Singh, Gurvinder Singh Chandi, Danish Mujtaba, Yuvraj Walmiki and German Olympic medallist Oskar Deecke, they will be one side to look out for in the competition. Some even feel it will be the winning team.

The Waveriders coach, AK Bansal is confident of their team line-up, especially with their goalkeepers, and said: “European goalkeepers are the best in the world, and we have two of the best in German Nicolas Jacobi and Dutchman Primin Blaak.” 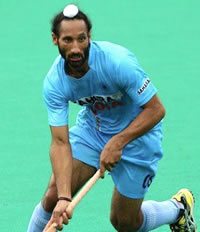 Sardar Singh, who’s real name is Sardara Singh, is a very popular name in Indian Hockey. Winner of many awards including the Player of the Tournament in the 2012 Summer Olympics Qualifiers, where India won the Gold, Sardar Singh is also currently the captain of the Indian national team. He is also a Deputy Superintendent Police Officer for the state of Haryana.

Hockey fans around the world will be able to see the tournament on ESPN Star Sports (ESS) who have entered into a multi-year agreement to broadcast the games from the Hockey India League.

On a smaller scale than the IPL, the Hockey India League is still aiming to give us some entertainment featuring some of the top players in the competition from around the globe. Therefore, there should be drama, excitement, competitive challenges and of course goals to look out for, in this first tournament of its kind. An truly historic occasion for the game of hockey.

Baldev enjoys sports, reading and meeting people of interest. In between his social life he loves to write. He quotes Groucho Marx - "The two most engaging powers of an author are to make new things familiar, and familiar things new."
Pakistan wins ODI Series against India
India win ODI Series against England