5 Reasons Why International Cricket Should Return to Pakistan

The Pakistani cricket team continues to play cricket away from home. We explore why international cricket should return to Pakistan.

"It takes time for young players to become stars."

With the Sri Lanka Cricket (SLC) Board sending a security expert to examine the situation in Pakistan, once again there is hope that international cricket will return to the country.

Cricket has deep roots in  Pakistani culture. There is no doubt it is the most popular sport in Pakistan.

Yet the inability to play at home is nothing less than infamy. Hence, the Men in Green have had to make the United Arab Emirates (UAE) their second home.

In Lahore, March 2009, the Sri Lankan team bus met with an unfortunate incident.

Their team bus en-route to the third day of a test match became a primary target for terrorists. This led to Pakistan facing years of cricket isolation in the country.

The security threat has since been a major cause for concern in the cricketing world. International players and teams remain reluctant to play cricket in Pakistan.

The need for extreme security measures results in crippling the atmosphere of the game.

Nonetheless, the Pakistan Cricket Board (PCB) is continuously trying their utmost best to welcome back international cricket.

After spells of significant matches in Pakistan, namely the 2015 Zimbabwe tour to Pakistan, the West Indies Team playing in  2018 and eight matches of PSL 4 in 2019, there is hope for more cricket.

With the Ehsan Mani led PCB administration hoping to invite more teams, the question has once again arisen again: Should International cricket return to Pakistan?

Here are five major reasons why international cricket should return to Pakistan. 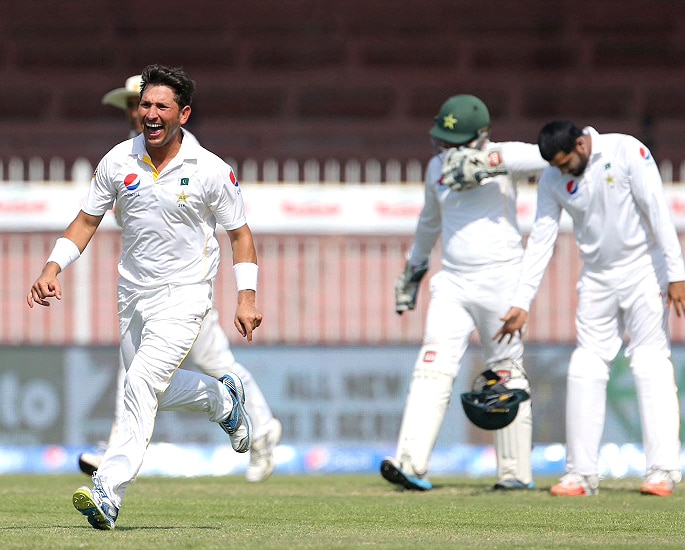 Pakistan’s economic situation is a crucial element when considering the return of international cricket.

It is not financially viable with Pakistan adopting the United Arab Emirates (UAE) as their home, particularly Dubai, Sharjah and Abu Dhabi

According to the Daily Telegraph, the estimate costs on average the PCB spend to rent stadiums in the UAE is £39,750 per day.

Also, they must pay £159-£200 per player, for their accommodation as well as costs for the visiting team.

It is quite evident that Pakistan is suffering another loss. They would significantly generate more ticket revenue if they held their matches in Pakistan as opposed to the UAE.

Consequently, this expenditure could come down if Pakistan had their cricket matches on home soil.

Being a Host Again 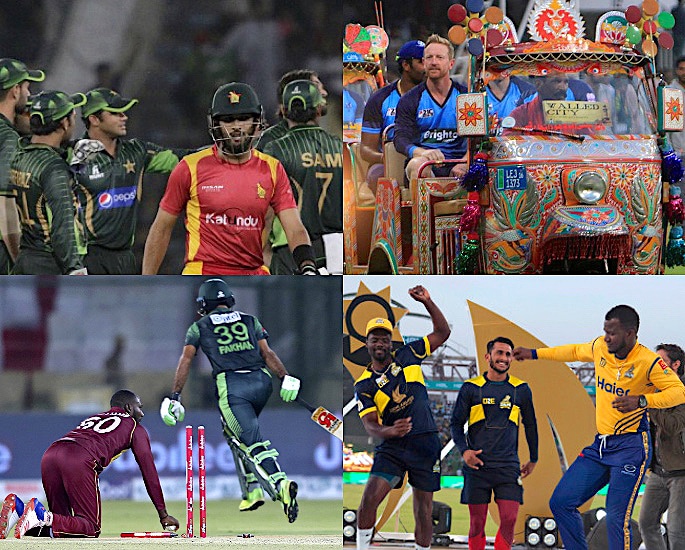 Since 2015, Pakistan has been permitted to host selected international and Pakistan Super League (PSL) matches in their homeland, featuring international stars.

The acceptance of several international players and teams highlights their willingness to play in Pakistan.

In particular Sri Lanka, the team to face the incident in 2009 made the exceptionally brave decision to return in 2017.

Hence Pakistan’s chance to prove and redeem themselves as a nation, on an international scale has since increased.

Despite the hosting of selective matches, this has not opened the doorway for all international cricket in Pakistan.

Even still, it is an aspiration held by cricket fans around the world that international cricket should return to Pakistan. 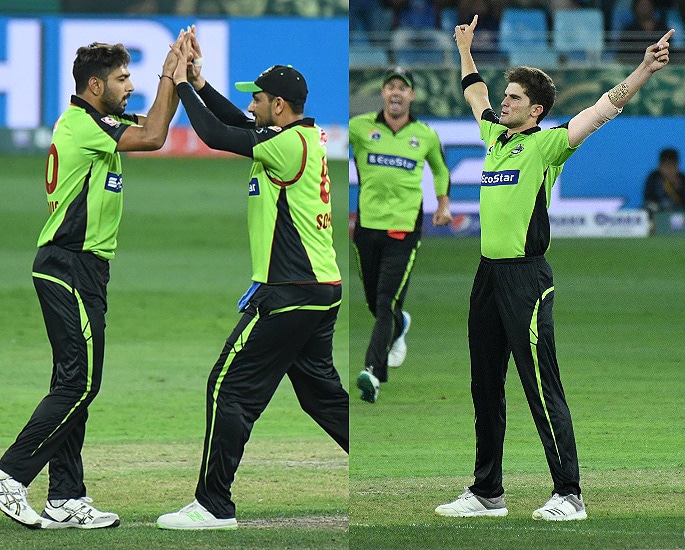 The pioneers of the Pakistan cricket excelled both at home and away.

They would have inspired the likes of Haris Rauf, Shadab Khan and Shaheen Shah Afridi, just to name a few.

Yet today this has harrowing effects on children unable to witness their idols playing cricket on home soil.

This has a profound impact on the possible future for Men in Green. The possibilities of developing new talent are more resourceful when the team plays on home soil.

The former chairman of the PCB acknowledges this concept, Najam Sethi admitted:

“It takes time for young players to become stars.”

The need to enhance the prospect of cricket in everyday life, in schools, as well as at club level is also required.

This could easily be achieved if international cricket was permitted for a return to Pakistan. 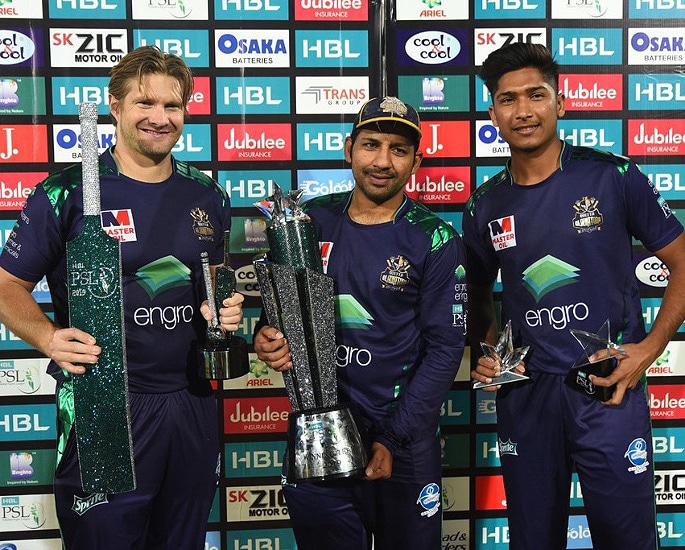 Following the success of hosting the final eight matches of PSL 4 2019 in Karachi, Pakistan, the potential income for the PCB increased to £1,996,487.50.

Not to forget Australian cricketer Shane Watson who until 2019 was hesitant to make the journey.

As the PSL continues to develop as a brand it will encourage a greater number of international players to participate.

Also, this would have a positive effect on sponsorships for the league and will enable the growth of the league’s reputation amongst the wider cricketing organisations.

This will further provide the possibility of opening international cricket to external teams and players in the future.

Ehsan Mani, PCB chairman, is optimistic about the prospect of the 2020 PSL 5:

“Next year we look forward to welcoming you back with all the PSL matches in Pakistan.” 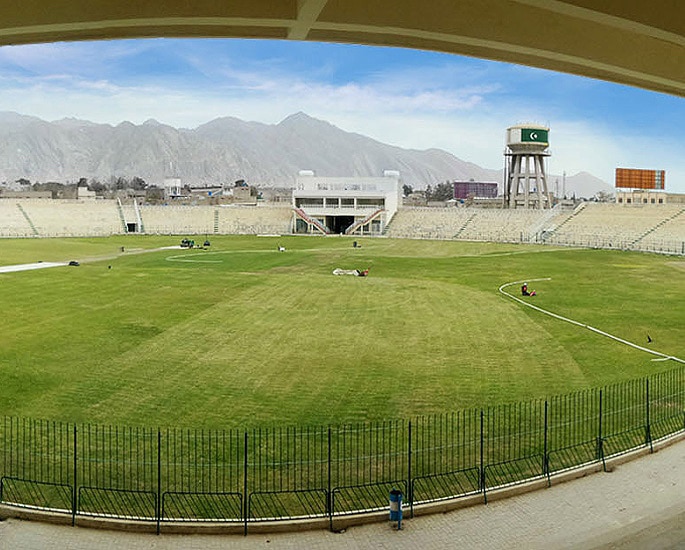 With the potential development and upgrade of several stadiums in Pakistan, the likelihood of attracting international attention heightens.

One example would be a possible international cricket stadium in Gwadar, Balochistan. The city is in the process of development in collaboration with the Chinese government.

The China-Pakistan Economic Corridor (CPEC) aims to revive the sparsely populated city which will attract tourism and revenue.

The PCB’s possible investment in this endeavour could prove profitable.

The city’s appeal of tranquillity is unlike the congested provinces of Lahore and Karachi. The difference in atmosphere is a point of desirability for international players and teams to enjoy.

Plans to commercialise the Bugti Stadium in Quetta, along with new stadiums in Lahore and Abbottabad may also be on the cards.

Fans of the Green Shirts, as well as international admirers of the game, are pondering over the return of international cricket to Pakistan.

The PCB is continuously attempting to revive international cricket in Pakistan. Yet many contributing factors must be considered and adhered to, particularly a securer environment.

The importance of cricket internationally is paramount as Ehsan Mani states:

“Cricket is the one game that brings happiness and light in life.”

Will the Green Shaheens be allowed to soar high once again in Pakistan? Should international cricket return to Pakistan?

Well with the support of the ICC (International Cricket Cricket) and respective boards, the sport slowly but surely will return to Pakistan.

Images courtesy of Reuters, AP and Pakistan Cricket Board.