Which Desi Cricket Players made the Switch to the USA?

The American dream is an exciting proposition for South Asian cricketers. We showcase Desi cricket players who made a career move to the USA.

“It is not a decision that I have taken all of a sudden."

Desi Cricket players from South Asia have left their respective countries and moved to the US.,

The core reason for leaving was to extend their international careers in the sport.

These Desi cricket players have signed contracts to play in various leagues, making them eligible for the USA after a three-year period.

Pakistani Sami Aslam was the first big-name to exit his country and head for the USA.

Besides, further enhancing their careers, frustration, depression, and being close to their family are some of the reasons why these cricketers headed for the USA.

We present some of the key Desi cricket players who have joined USA cricket, wishing to make big strides. 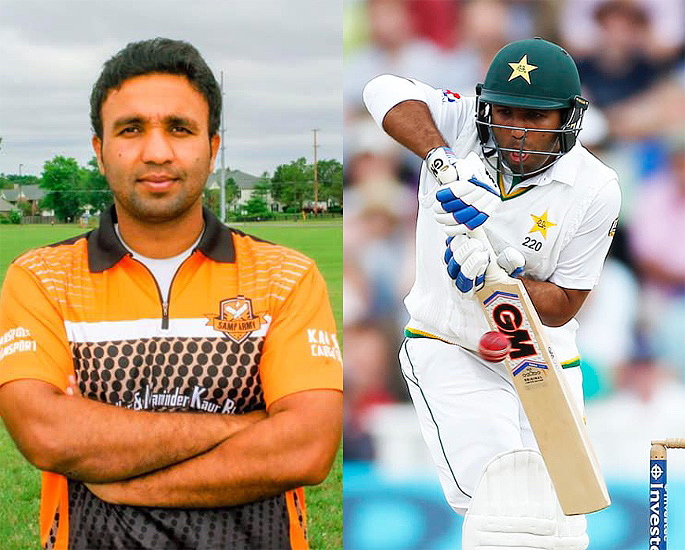 Sami Aslam is one of the biggest Desi cricket players from Pakistan to start afresh in the USA. The left-hand opener was born in Lahore, Punjab, Pakistan on December 12, 1995.

After playing for the under-19 Pakistan side, Sami wore the senior national green and white kits for the first time in 2015.

He had all the hallmarks of being a good Test player. However, it was a bit of a mixed bag for him.

On the one side, Sami did quite not live up to the expectations. Having said he was not given enough chances to prove his early promise.

Thus, his Pakistan Test average was a premature 31.58. Consequently, he decided to curtail his Pakistan career in November 2020.

Sharing his thoughts on qualifying to play for the USA and not looking back on his decision. He told PakPasssion.net:

“There’s 3-year eligibility and I will qualify to play for America in November 2023. I’ve not even 1 per cent regret it. I am really happy after being depressed in Pakistan for 2 years.

“I was in a bad place due to coaches and events in Pakistan and the way they treated me.”

Whilst it is not a huge loss for Pakistan, it may work wonders for Sam.  It certainly seems he is “happy to play for the USA.” 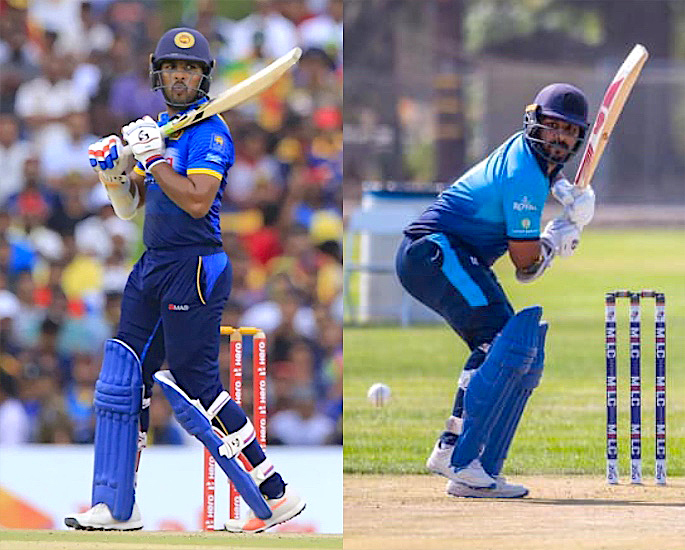 In January 2021, Shehan Jayasuriya decided on calling it a day with Sri Lanka cricket, relocating to the USA with his family.

The left-hand batsman and right-arm spinner was born in Colombo, Sri Lanka on September 12, 1991.

When he burst onto the international scene in 2017, he was identified as being amongst the most talented Desi cricket players to come from South Asia.

Despite a good domestic record, his international career did not reach the promise that many felt he had.

He was only able to make one fifty for Sri Lanka from twenty-six innings in One Day International (ODI) cricket.

Additionally, he had no notable performances in T20 cricket.

A year later, he married US citizen and Sri Lankan actress Kaveesha Kavindi in New York on September 23, 2020.

With ambitions to possibly play for the USA, the American dream became a reality for Jayasuriya.

He took part in the opening weekend of the Minor League Cricket Championship, taking place between July 31 and August 1, 2021.

Jayasuriya can play for the USA in the future, providing he can knock up some consistent scores. 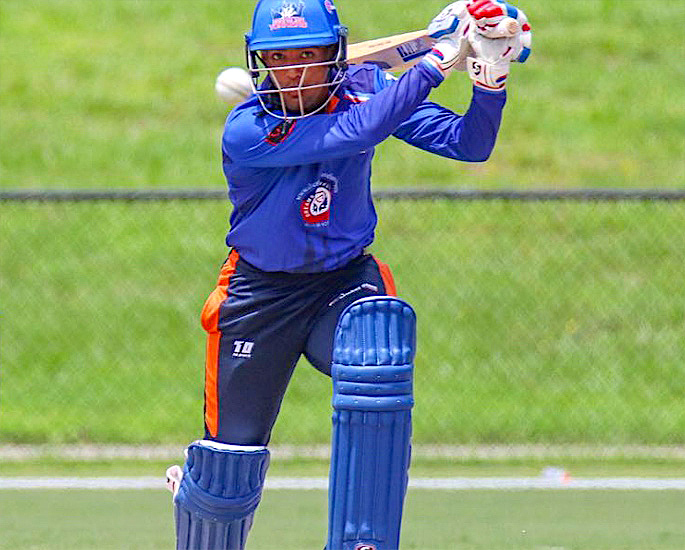 Smit Patel made the difficult decision to join USA cricket in May 2021. He was born Smit Kamleshwarbai Patel in Ahmedabad, Gujarat India on May 16, 1993.

Patel had a terrific and rewarding experience at the under-19 level. A crucial unbeaten sixty-two from Patel in the 2012 Under-19 World Cup final versus Australis saw his side win by six wickets.

He had a 130-run partnership, with skipper Unmukt Chand in this match.

The game was held at the Tony Ireland Stadium, Townsville, Queensland, Australia on August 26, 2012.

Despite the under-19 triumph, he was unable to wear the senior Indian blue or white jersey. Patel explains his reasons to India Today for eyeing up the USA possibility:

“It is not a decision that I have taken all of a sudden. For the past one and half months, I was pondering on my cricketing future in India.

“There are a couple of reasons for my decision to retire from the BCCI and move to the US.

“Firstly, I was trying to break into the national team for the past eight years. The competition in India for a wicketkeeper-batsman is so immense.

“Secondly, I want to stay close to my parents, who are living in the US alone for the past 11 years.”

Going by his statement, it was not a knee-jerk reaction by Patel. With Rishabh Pant firmly taking the mantle from Mahendra Singh Dhoni, Patel was struggling to get a look in.

Also, being close to his family was a motivating factor in improving his cricket further. 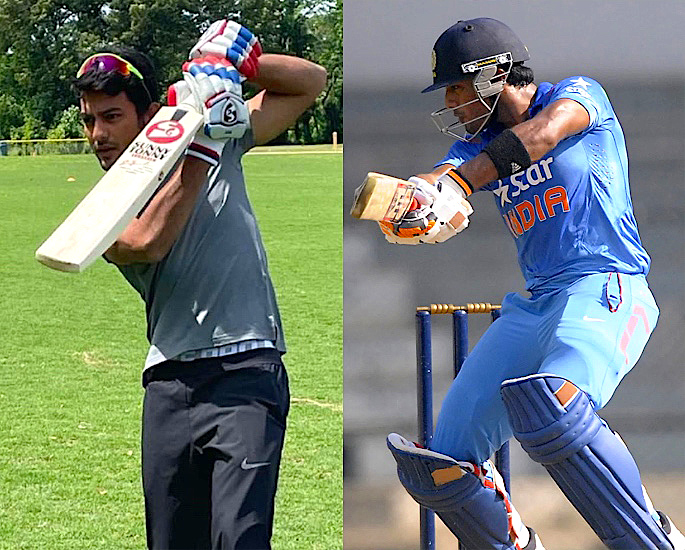 Unmukt Chand has made a career move to the USA, after signing a three-year contract with Major League Cricket. He announced this on August 13, 2021.

The former Indian cricketer and the right-hand batsman was born Unmukt Chand Thakur in New Delhi, India on March 26, 1993.

Despite coming close to representing the senior Indian national team, he never had the final debut nod

He was regularly captaining the India A side, playing last for them in 2015.

Even though it is difficult to make the cut for Team India, Unmukt was a little unlucky considering he was a big-match player.

He had a lot of success as a player and skipper earlier at the under-19 level.

Unmukt successfully guided India to an emphatic six-wickets win against Australia in the final of the 2012 Under-19 Cricket World Cup.

Following the completion of a three years residency period, he will be eligible to play for the American team. Unmukt went on to confirm this and talking about league cricket:

“Yes, I can opt for that. It’s only the timeframe, you know ICC rules, you have to spend 10 months in a year to qualify for the country.

“So I got to spend 10 months every year in the US, for the next three years. After that I qualify to play for the country, and I am all free.

“Then I can play as many leagues as possible, but for next three years, I can be out of the country for just two months every year. So that means I have to choose my leagues wherever I want to play.”

It is quite evident that he intends to play for the USA. 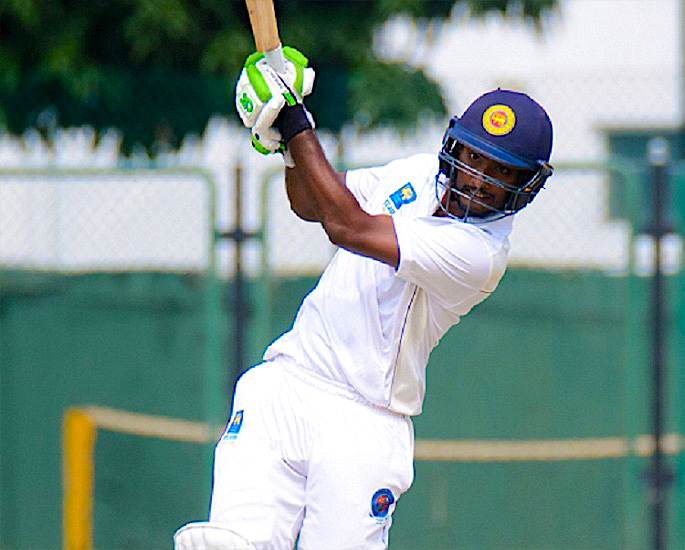 Lahiru Milantha is another worthy player from Sri Lanka that has migrated to the USA with his wife.

The left-hand wicketkeeper batsman was born in Kaluthara, Sri Lanka on May 28, 1994.

Milantha had a good record at the Sri Lankan domestic level. He was declared the ‘Best Batsman’ of the 2017-18 Premier Limited Overs Tournament by Sri Lanka Cricket in February 2019.

In this tournament, he made 448 runs in six matches. He also made 252 Badureliya Sports Club in the 2019-20 Premier League First Tournament.

Surprisingly, he never had a call-up with the senior national team, especially with a healthy average in most formats.

Hence, this has had a bearing on his decision in shifting o the USA.

In August 2021,  he made an announcement of playing in the Minor League Cricket (MiCL).

As per the ICC Mandatory Policy, he will qualify to play for the USA after three years.

The likes of Amilia Oponso (Sri Lanka) and Harmeet Singh (India) have also quit playing for their South Asian teams.

The USA adventure will keep attracting many other Desi cricket players who are either discarded or ignored by national selectors.

The prospect of playing for the USA at future Olympics and Cricket World Cups is also a big temptation for cricketers from South Asia.

Meanwhile, there will be many cricketers who will resist the move and fight for a place in the national side.  In the end, there will be some winners and losers, irrespective of their decisions.