The ICC has announced the locations of eight upcoming tournaments, with the USA and Pakistan receiving hosting duties for two tournaments.

"It’s a matter of great pride and delight"

Pakistan and the USA are both set to host major men’s cricket events, the International Cricket Council (ICC) has confirmed.

The ICC has announced the locations of eight upcoming tournaments which are due to take place between 2024 and 2031.

The USA will begin the seven-year cycle by holding their first-ever major cricketing event with the ICC Men’s T20 World Cup.

This will be done in conjunction with the nearby West Indies, who had been responsible for staging the competition in 2010.

US-based social media users were excited to see the evidence of cricket’s globalisation.

One person said: “This is absolutely insane, I’m rereading it to see it’s true!?”

After this, Pakistan will become the site of the 2025 Champions Trophy, the nation’s first major tournament since 1996. 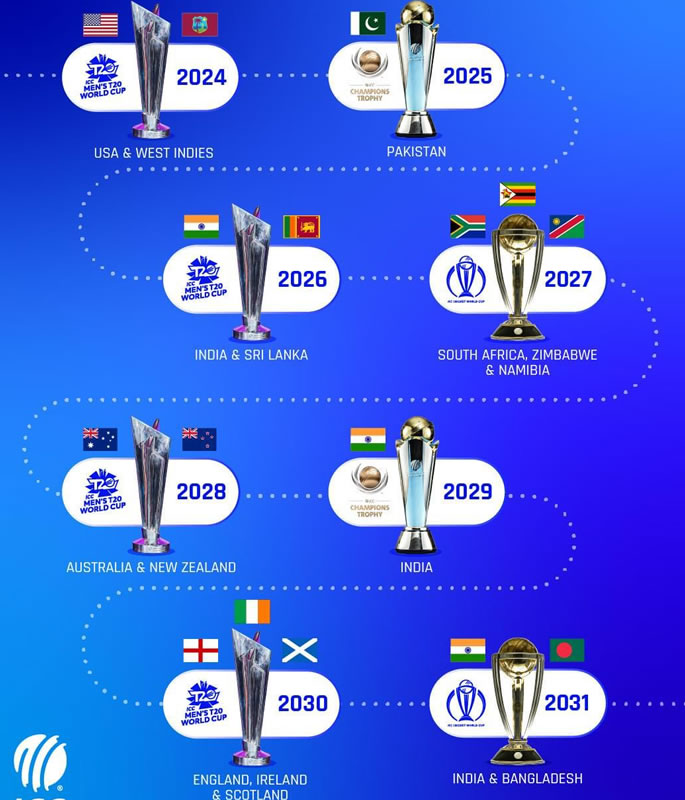 The Men’s Cricket World Cup had been held in the country that year alongside neighbouring India and Sri Lanka.

“It’s a matter of great pride and delight that Pakistan will be hosting ICC Champions Trophy 2025.

“This great news will surely excite millions of Pakistani fans, ex-pats and world fans to see great teams and players in action and will allow the world to sample our hospitality.”

Netizens from Pakistan were equally delighted by the announcement.

One person said: “This is an honour for the Pakistani people.”

Super excited to hear about Pakistan getting the hosting rights for 2025 ICC Champions Trophy.

Someone else added: “No, for real? That’s so insane!

“Oh my god, this is such awesome news.”

Congrats and well done to all the hard work put in. #Pakistan #zindabad

India and Sri Lanka will then host the ICC Men’s T20 World Cup in 2026, two years after the USA and the West Indies.

The baton will then be passed to Australia and New Zealand in 2028 for the third of four ICC Men’s T20 World Cup’s listed.

India will then hold the 2029 Champions Trophy before the final ICC Men’s T20 World Cup’s in England, Scotland and Ireland.

The 2031 World Cup will see the return of cricket to India which will be hosted alongside Bangladesh. 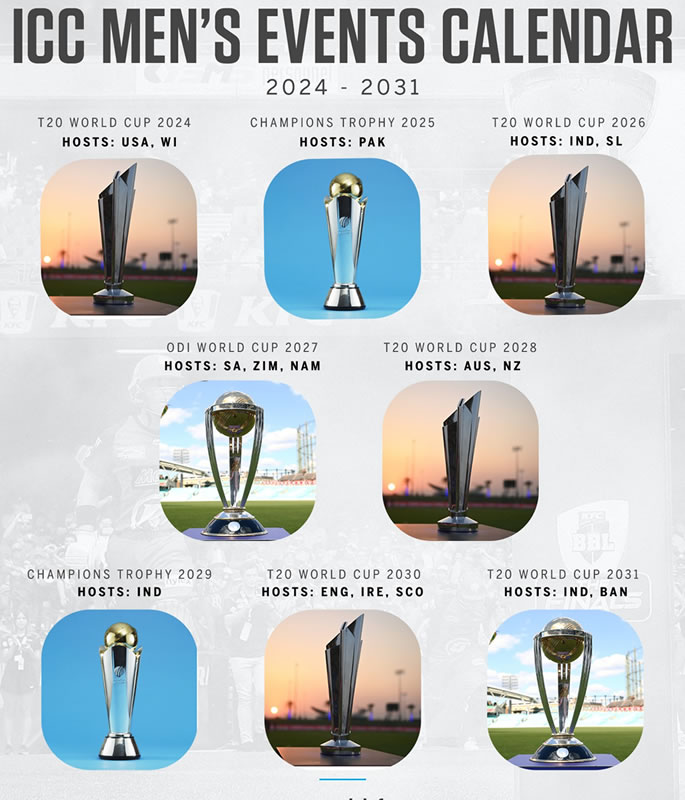 It follows disappointment that both England and New Zealand’s men’s team cancelled their tours to Pakistan in October 2021.

The English Cricket Board (ECB) said it came after security concerns over a potential attack outside Rawalpindi Stadium.

The Pakistani men’s cricket team was due to play England in two T20 international matches on Wednesday, October 13, 2021, and Thursday, October 14, 2021.

Meanwhile, the women’s teams were set to play each other for further internationals between October 17 and October 21, 2021.

New Zealand also pulled out of its limited-overs tour of Pakistan over the same fears of an attack outside the cricket grounds.

Naina is a journalist interested in Scottish Asian news. She enjoys reading, karate and independent cinema. Her motto is "Live like others don't so you can live like others won't."
Azeem Rafiq details Racism to DCMS Committee
Shadab Khan’s lookalike takes over the Internet