Pakistan Fashion truly has taken the world by storm, with the country’s best designers showing off their designs in America as part of Fashion Pakistan USA 2013.

Flowy coats, classic kurtas and angharka’s all appeared on the runway.

September 2013 saw the start of the prestigious Fashion Pakistan USA in New York, which premiered on August 31 and continued throughout September.

Fashion Pakistan USA was organised by Gateway Events International under the management of Aamer Ghias, Irfan Ibrahim and Hussam Chaudhry. Top designers and models all came together to showcase their designs and put Pakistani fashion on the map. 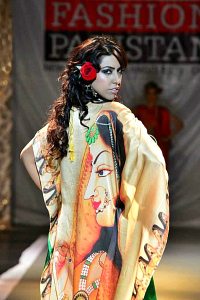 It was also a chance for these designers to exhibit themselves to a larger audience while promoting the Pakistani fashion industry.

“I am very confident that the Pakistani Fashion industry which symbolizes the creativity, energy and style will flourish and progress in years to come.

“Pakistan has nurtured the diversity that exists in the country which is a multilingual and multi-ethnic culture,” he added. 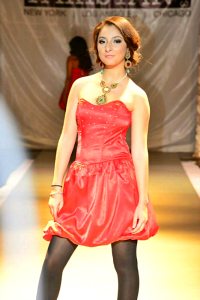 Rubab, a top model from Pakistan accompanied by Irum and other US based beautiful models dazzled in the designer’s signature pieces.

The mega fashion show and after party took place at The Manhattan Centre in New York. The designer exhibitions commenced from Jia’s design in New Jersey, who also happened to sponsor the New York Fashion Show.

Nida Azwer’s new formal wear collection titled: ‘Kashani,’ was applauded by the audience. The collection was inspired by floral and figurative tile work, which is reflective of the Mughal period.

Flowy coats, classic kurtas and angharka’s all appeared on the runway with resham and kamdani work on chiffon.

Nida Azwer commented on the Pakistan Fashion Tour by saying: “The success of platforms such as Pakistani Fashion Week have created heightened exposure for local designers who are now being approached by international fashion councils and associations to participate in the global exhibitions.”

Sania Maskatiya also wowed with her more causal collection, inspired by the colours of nature. Patterned trousers and bright kurtas and light bright yellow jackets with detailed fringing all made for a wonderful collection perfect for the streets of New York. 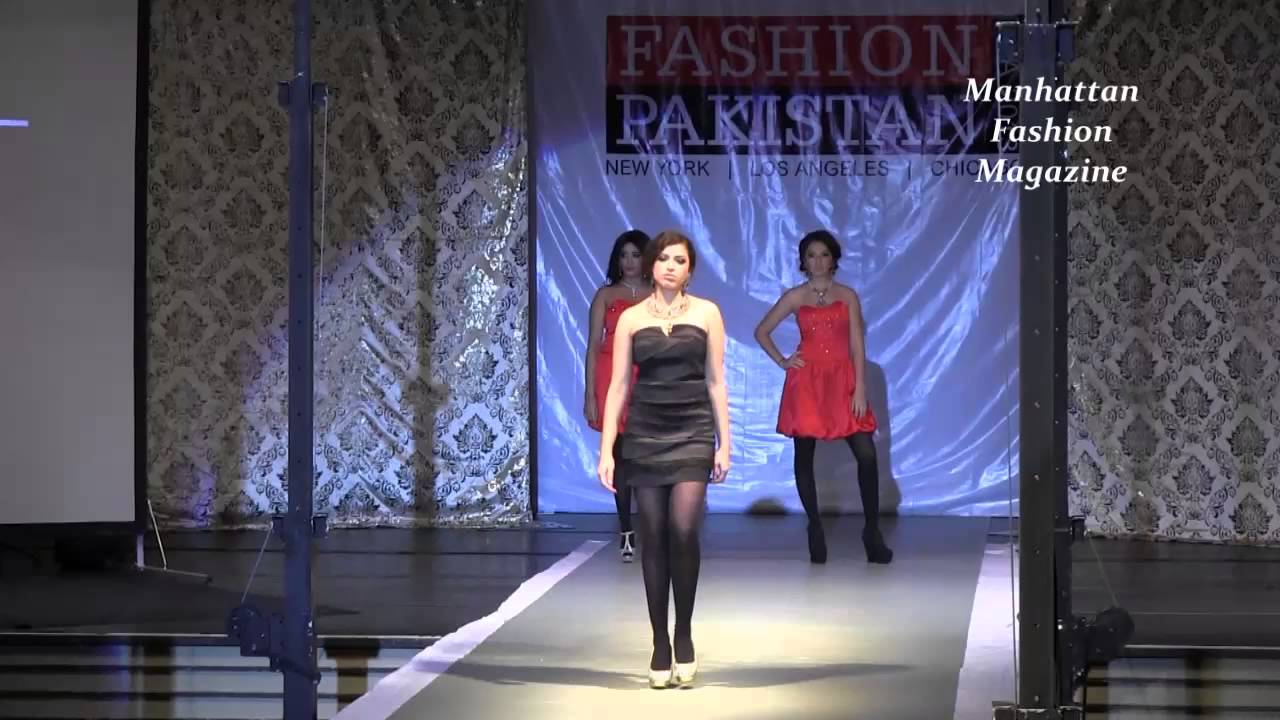 Shine in prominent pinks, dazzling gold’s and rubious reds paired with large necklaces or giant pendants with simple clothing to create an original piece, which Sania Maskatiya showed perfectly on the runway.

In Los Angeles and Chicago it was possible to meet the designers and top models after the show as clothes were exhibited to spectators.

Halls were packed out with fashion conscious lovers from different ethnic backgrounds all interested in the works of Pakistani designers. 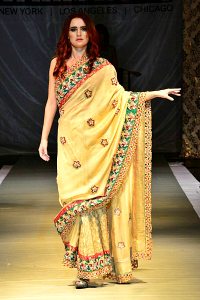 With Autumn/Winter 2013 approaching, the coat style paired with lehenga’s are perfect for any event, and different forms of embroidery and crystal necklines, this fashion favourite can be a casual day or nightwear outfit.

A fashion trend, which has always been around is now becoming more prominent. Simple suits and saree’s are now accompanied with signature heavy dupattas filled with embroidery and colour, which can be elegantly draped across the arm.

Kameez’s with rounded panels and big bursts of colour are a new style appearing on the runway this year. Bowler style hats add an edge to the traditional outfits, showing accessories are a major part of an ensemble.

Fashion Pakistan USA is definitely on par with any other fashion show of the year, with designers displaying the best of Pakistan and proving that Pakistani fashion is one to watch.

The future is bright for the Pakistani fashion industry and DESIblitz predicts the strong styles on the catwalks will soon be filtering into shops all over the world.