Lakmé Fashion Week 2013 is hotting up to be the fashion event of the year in India. Featuring many of the top names in design and fashion.

Designers taking part in the Lakmé Fashion Week Summer/Resort 2013 were announced by the leader in promoting creative excellence and the business of fashion in India.

The list of 87 participating designers and 8 sponsors who have have come together with one common agenda of presenting the very best of fashion industry on the ramp in March 2013 was revealed. The line-up is robust and daring consisting of fashion stalwarts and the brightest young designers to showcase their ready-to-wear brands on the catwalk and exhibition area.

Lakmé Fashion Week 2013 (LFW) events are seen as pioneers of fashion weeks in India. LFW has always strived to achieve its objective of nurturing and consistently introducing innovation and talent in the Indian fashion fraternity. LFW continues to be the forerunner by promoting the business of fashion in India and is known for launching new initiatives and creating some of the best fashion designers in India.

The highlights of Lakmé Fashion Week Summer/Resort 2013 include the following. 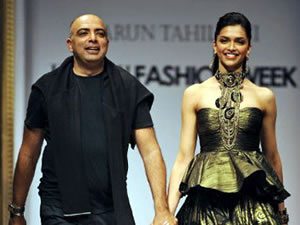 One of India’s most renowned and beloved fashion designers, Tarun Tahiliani will be opening the fashion week with a grand off-site show for Tigre Blanc. An embodiment of design philosophy that encompasses the modern and the contemporary whilst embracing our historical past, Tarun Tahiliani is synonymous with the epitome of Indian luxury and couture.

International designer Naeem Khan will be debuting his collection for the first time in India at Lakmé Fashion Week Summer/Resort 2013 which will include custom made pieces of luxury fashion especially for this fashion fest.

Since August 2011, the Talent Box at LFW is the only platform of its kind in India dedicated to promoting young, emerging design talent. This international concept of mini preview shows will feature 19 designers participating this season. Outstanding fashion designer Anupama Dayal has been cordially invited to open the Talent Box this season. 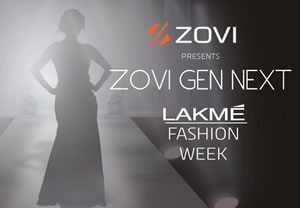 The LFW Zovi Gen Next Program, has become the most coveted program for encouraging young design talent in India and has nurtured some of the leading names in the industry today. Renowned Stylist and Designer Aki Narula will continue to mentor these young designers.

This season, 6 exceptional designers from across the country will showcase their debut collections and through this first-of-its-kind partnership with Zovi.com, where one exclusive garment from each designer will be retailed on the website.

LFW this season will be once again paying tribute to Indian textiles with its aim to highlight the dominance of Indian textiles in the fashion world. This season, LFW will be bringing together industry veterans for workshops and installations.

The LFW Heritage Award a cash prize of one lakh Rs. will be presented by Maximiliano Modesti and awarded to the designer from this day who best incorporates Indian weaves and craftsmanship in their collectio. nAdditionally, a show featuring textile designers, curated by Mayank Mansingh Kaul, will be a highlight of the day’s activities.

The 8th Edition of the Fashion Workshop Series (FWS) presented by INIFD will focus on how designers can remain unique as fashion trends evolve and are reinvented. The session titled “Fashion fades, Style remains: The secrets behind a designer’s signature look” will bring together some of the biggest names in fashion to share key insights on how they have been successful at maintaining a signature style. 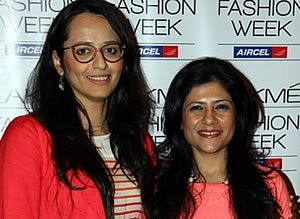 Dubbed as the next “Designer of India”, the multi-award winning former NIFT student is greatly looking forward to the opportunity.

“For designers like myself who have sharpened their skills in India and abroad and seen the industry develop, it is incredibly important that we continue to promote talent here and it is an honour to be invited to showcase at the Grand Finale of Lakmé Fashion Week – Summer/Resort 2013” says Namrata Joshipura.

For the first time, LFW TV will be streamed live on LFW’s official YouTube channel, the first partnership of its kind for a fashion week in India. This will allow potential buyers and fashion enthusiasts all over the world to catch the action on the ramp live within the comfort of their homes and business.

Lakmé Fashion Week Summer/Resort 2013 has a strong line-up of committed partners that have played a significant role in making this event a grand success. These include Aircel, DHL, Volvo Cars,
Tigre Blanc, Zovi.com, INIFD, Kingfisher and Grand Hyatt, Mumbai. 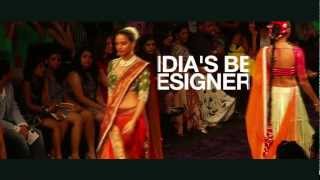 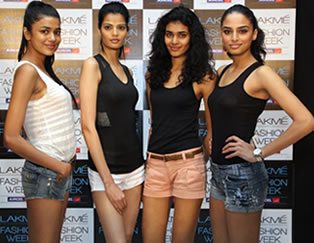 Four new models were also announced the faces that will be seen on the LFW SR 2013 ramp this year. Pallavi Singh, Bhumika Arora, Radhika Nair and Sangya Lakhanpal were selected from auditions of over 76 applications from around the world.

Purnima Lamba, Head-Innovations at Lakmé said: “We are excited to officially announce Lakmé Fashion Week Summer/Resort 2013. We have the perfect blend of accomplished as well as fresh designers showcasing their creative excellence this season. We are proud to have with us Namrata Joshipura whose contemporary, cutting-edge aesthetics are sure to set a bold Lakmé trend statement this season. We believe that our choice of the Grand Finale designer further reinforces our commitment to showcase great talent and continue the infusion of contemporary energy into Lakmé Fashion Week.”

Nazhat is an ambitious 'Desi' woman with interests in news and lifestyle. As a writer with a determined journalistic flair, she firmly believes in the motto "an investment in knowledge pays the best interest," by Benjamin Franklin.
Manish Malhotra to style for Angeli Foundation
The Handbag Phenomenon