‘The Angeli Foundation’ presents for the first time star designer and style guru – Manish Malhotra, for a spectacular fashion showcase at The Grosvenor House Hotel in London on 23rd February 2013. Profits from the event will all go to ‘The Angeli Foundation,’ whose primary aim is to empower young girls in India. It is expected that many A-list guest stars will be attending the event.

“Without women, I wouldn’t be where I am today and so I want to give what I can back to an organisation like Angeli"

Manish Malhotra, the star of India’s booming fashion industry is all set to unveil his new collection at The Grosvenor House Hotel in London on 23rd February 2013. In association with Rivaage Boutique, the fashion designer will raise funds for The Angeli Foundation, a charity which empowers young girls in India.

The multi-award winning designer has and continues to constantly strive to push beyond mere costumes. This makeover guru has changed the entire look of the actresses he has worked with. Under his guidance, Bollywood beauties have emerged looking truly beautiful and seriously stunning.

In a career spanning over eighteen years, the dazzling stylist has successfully introduced the world of haute couture and fusion wear within Bollywood. 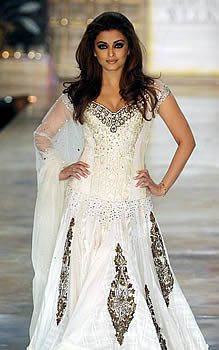 Manish Malhotra shot to fame as costume designer and stylist for the film Dilwale Dulhania Le Jayenge [1995]. The film went onto become an all time classic, completely transforming the on screen look and career of actress Kajol. The forty-seven year old has designed costumes for over fifty Bollywood movies, including super-hit films such as Mohabbatein [2000], Kabhi Khushi Kabhie Gham [2001] and 3 Idiots [2009].

About to make his UK catwalk debut, Malhotra has chosen The Angeli Foundation to highlight the inequality and attitude towards women in India. He feels vulnerable girls must be protected from heinous crimes such as rape. The aftermath of rape can cause a long lasting effect on victims and their families, including physical and psychological trauma and in some cases death. It is important not to forget the horrific Delhi gang rape to ensure incidents like this don’t happen again.

The Angeli Foundation campaigns to ‘Save the Girl Child’ by restoring the balance for women who are made to feel like second-class citizens in India. The charity tackles issues such as domestic violence, bride burnings, malnourishment, child poverty and lack of healthcare and education. 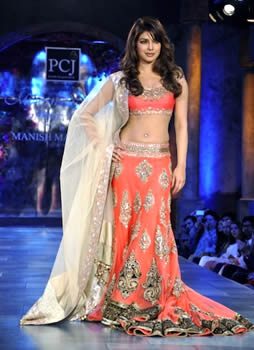 The Lancet journal based in Canada and India reports that 500,000 girls go missing each year in India as a result of female foeticide. Research also indicates that young women from remote areas are often excluded from their own communities. The charity is making an effort to address these problems as well as looking into cases related to rape and acid attacks on young women.

The Angeli Foundation aims to provide women with opportunities to make positive changes to their lives and to overcome social exclusion through empowerment, change, innovation and improvement.

The foundation has helped many of these women to rebuild their lives through interpersonal relationships, learning new social skills, health awareness, mixed schooling and education. The registered charity currently operates from its offices in New Delhi, India and London, U.K.

Manish in support for The Angeli Foundation said:

“I work in an industry where women are revered and respected. I have had the privilege of dressing some of the most beautiful and powerful women in the world, but when I step out of the door and into the stark reality of India, I see the injustice and inequality all around me.” 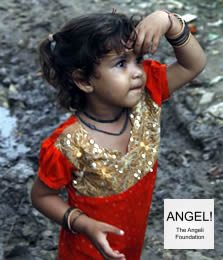 “The Angeli Foundation is providing an invaluable service to these girls and women. The charity helps them raise their self-esteem, confidence and ultimately value themselves enough to get a voice,” he added.

“Without women, I wouldn’t be where I am today and so I want to give what I can back to an organisation like Angeli that celebrates womanhood.”

Proceeds from ticket sales and an exclusive live auction will be donated to two particular projects run by The Angeli Foundation – the Gayatri Education Programme, which helps female students to learn new skills in order to succeed, and Mobile Medical Clinics to provide regular health check ups for girls at school.

“The Angeli Foundation was established in India eight years ago, but is in its infancy in the UK. The support of India’s most successful stylist and designer will help increase awareness of our work amongst the communities here and help us raise funds for these critical projects in India.” 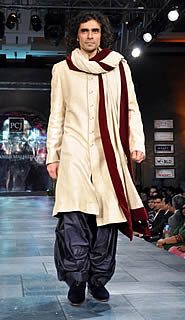 Many dignitaries from the world of international film, fashion and entertainment will be attending this special event.

The stunning show in connection with Rivaage Boutique and in aid of The Angeli Foundation will showcase unique fashion wear, with some very exciting talent appearing on the catwalk!

All tickets comprise of a delicious four-course meal, drinks and entry to the after party, which includes music by celebrity DJ’s Panjabi Hit Squad.

It is clear that this fashion extravaganza is specifically targeted to inform, educate and entertain everyone attending the event.

Tickets for the event are available online through Chilli Tickets – www.chillitickets.com. The details of the Silver and Platinum packages are as follow:

For the latest news, as it happens, you can follow The Angeli Foundation on:

Faisal has creative experience in the fusion of media and communication and research which increase awareness of global issues in post-conflict, emerging and democratic societies. His life motto is: "persevere, for success is near..."
Aneeth Arora gets a touch of Vogue
Lakmé Fashion Week 2013 Designers