Sri Lankan cricketer Lasith Malinga has retired from the sport at the age of 38. The fast bowler made the announcement on social media.

“Thankful to all those who supported me in my journey"

Lasith Malinga, a potent fast bowler from Sri Lanka has announced his retirement from the sport at the age of 38.

He had served Sri Lanka very well, playing in all three formats of cricket.

Lasith Malinga had represented his country in Test, One Day International (ODI) and T20 cricket.

Malinga, the most successful bowler in Twenty20 cricket international history, made his retiring announcement online.

“Hanging up my T20 shoes and retiring from all forms of cricket!

“Thankful to all those who supported me in my journey, and looking forward to sharing my experience with young cricketers in the years to come.”

He also attached a video from his new YouTube channel where he has been uploading his analysis of the Sri Lankan cricket team’s recent performances.

Malinga also thanked former teammates including those at Mumbai Indians, Melbourne Stars and other teams in the three-minute video.

The cricketer added his passion for the sport will continue, despite putting up his boots:

“While my shoes will rest, my love for the game will never ask for rest.

The 38-year-old had already semi-retired as he had only played T20 internationals after 2019 with his last one for Sri Lanka in March 2020 against the West Indies. 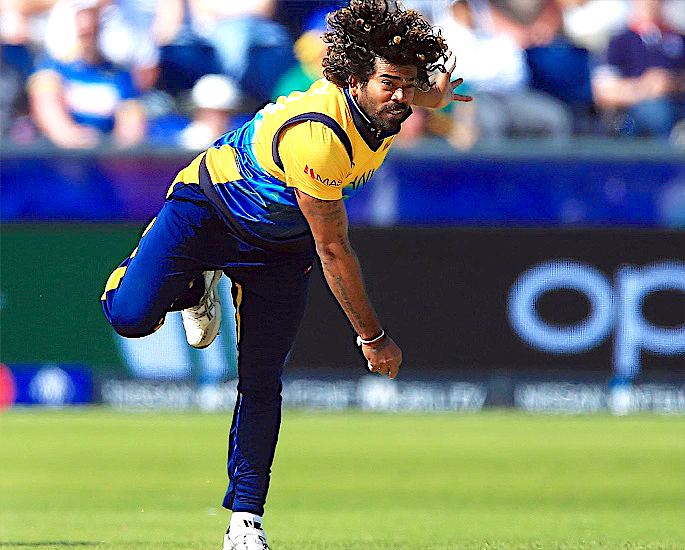 Known for his distinctive blonde curls, he played 30 Test matches, 226 ODIs and 84 T20Is for Sri Lanka, picking up 546 wickets throughout his career.

The seamer, famed for his slingy bowling action and devastating yorkers, took 107 wickets in 84 T20Is and captained Sri Lanka to the T20 World Cup title in 2014.

The Islanders beat India by six wickets in the final, which took place at the Sher-e-Bangla National Stadium, Mirpur, Bangladesh.

He is the only bowler to take three hat-tricks in ODI cricket, doing so against South Africa in the 2007 World Cup, Kenya in the 2011 World Cup and also against Australia in 2011.

Malinga is also the only cricketer to claim four wickets in four balls on two occasions in cricket. This includes in an ODI against South Africa and a T20 international versus New Zealand in 2019.

He was discovered by Sri Lankan fast bowling coaches Anusha Samaranayake and Champaka Ramanayaka as a teenager and they trained him in his early years of professional cricket.

The cricketer made his international Test debut at Marrara Oval in Darwin, Australia where he was immediately successful, taking six wickets in the match.

Lasith Malinga soon became a permanent fixture in the Sri Lankan team and remained one ever since.