Prasanna Vithanage is an award-winning Sri Lankan filmmaker. DESIblitz explores some of his best films and cinematic masterpieces.

Prasanna began his career in the theatre and has directed many plays, including Bernard Shaw’s Arms and the Man.

In 1992, he entered Sri Lankan cinema with his debut film, Sisila Gini Gani (Ice of Fire), which was honoured with nine awards.

He has made seven feature films and one docudrama which is to be released in February 2016.

One aspect of Vithanage’s films is to bring out the forlorn portrayals of women who are being marginalised in male chauvinistic society.

He carries a discourse with contemporary Sri Lankan society through his strong female protagonists. 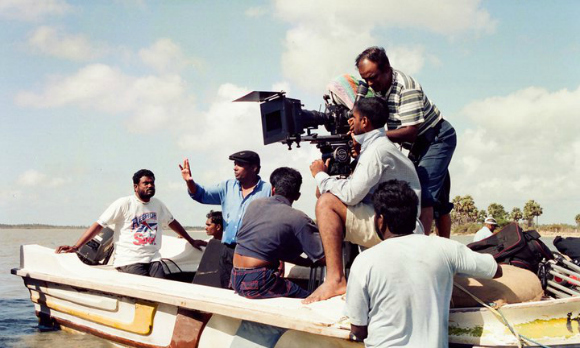 Another aspect of his filmmaking regards Sri Lanka’s 30 years of civil war and its consequences. His war trilogy cannot be described as war stories but simply, stories about the war.

He talks about the inner conflicts of ordinary people and their own journey of freedom.

DESIblitz glances at some of the humanistic impressions of Prasanna Vithanage on film. 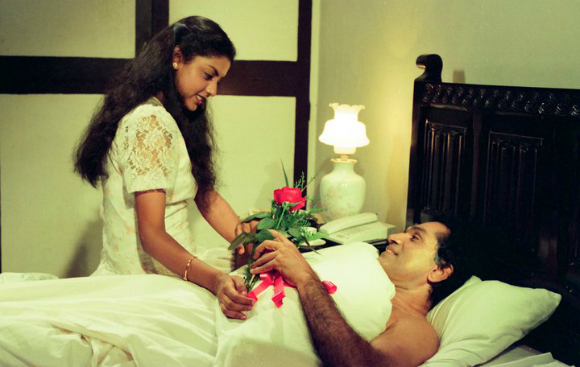 An adaptation of Leo Tolstoy’s Resurrection, young Suwisal goes back to the village and stays at his ancestral house to work on his thesis.

He meets Piyum a servant girl and seduces her. Later, learning of her pregnancy, he abandons her.

Years later as a judge, Suwisal encounters a prostitute, who has been charged with a murder case. It is none but Piyum. The jury convicts Piyum and sentences her to 10 years in jail.

Suwisal meets her and tries to get her out of misery but she carefully ignores his sympathetic concern and walks away.

Guilt protects the soul of the human from depravity.

As she walks out from the jail, her silence tells us that guilt is what still keeps us human.

The film was largely praised by critics in Sri Lanka and won the Jury’s Special Mention Award at the 1996 Pusan Film Festival South Korea as well as many local awards.

Akasa Kusum (Flowers of the Sky) 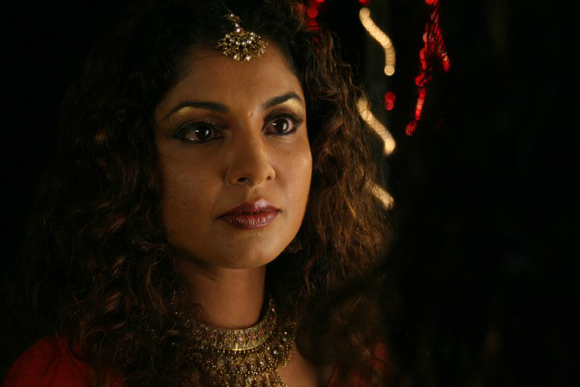 Akasa Kusum is a story of a fallen star, Sandhya Rani.

Rani is a veteran actress who was once the darling of Sri Lankan cinema. Now having lost the fame and fortune, she lives quietly in a cosmopolitan city.

Sandhya Rani’s isolation and her past are the sources of her inner struggle at the beginning of the film.

Later on, after a sudden outbreak of television controversy, she becomes a hot topic again on TV screens.

We are introduced to a young karaoke bar dancer, in her mid-20s, who happens to pregnant, unmarried and HIV positive.

During a police raid she is arrested and when she was questioned about her family, she claims to the police that she is Sandhya Rani ‘s daughter.

As the mystery unlocks, it takes us through an emotional journey through Sandhya Rani’s past.

The film was a domestic box office hit in Sri Lanka and won international awards at many festivals including the Jury’s Special Mention Award at the Vesoul Asian Film Festival France.

Pura Handa Kaluwara (The Death on a Full Moon Day) 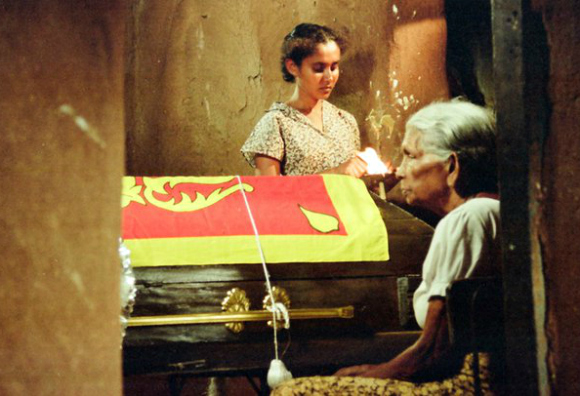 Though this film was made in 1997, Vithanage couldn’t release it in Sri Lanka. It had a court order which banned the movie, a controversial piece, brutally criticising the absurdity of the war conflict in Sri Lanka.

The face of Abeywickrama (playing the blind father) represents the soul of a nation suffering 20 years of civil conflict.

His son, a state soldier, returns home in a casket (he is too disfigured to be recognisable), on the Buddhist holiday of the full moon.

One day, the old man walks to the cemetery to dig up his son’s sealed coffin to see whether his son was really dead.

He opens it and finds two large banana trees with two big rocks.

He walks away from it with the hope that his son is still alive.

Prasanna Vithanage had to carry a protest to release the movie, at last with the court verdict it was released.

The film had positive and negative reviews. While many celebrated the movie, many largely protested against the portrayal of war in the film and went to the extremes of calling the director a ‘terrorist’.

Still, it is considered to be a modern-day classic of Sinhala cinema. 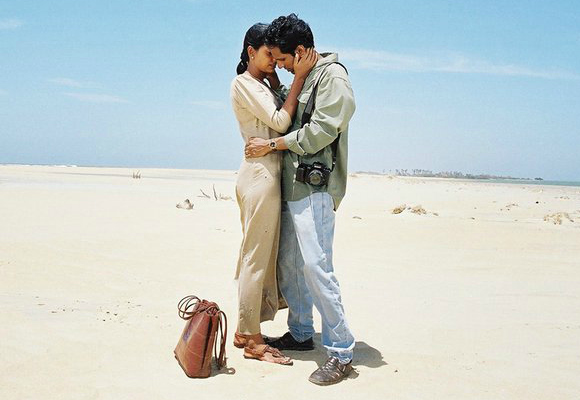 Set against the backdrop of war and ethnic conflict in Sri Lanka, the film is focused on 3 stories, which interlink with each other, and portray the country ‘s savage civil war.

The first story is about the half-widow of an air force pilot whose husband is missing.

Newspapers and the authorities say that he was shot down in flight, but she believes that he has been taken as a prisoner by separatist LTTE fighters.

She finds a sympathetic journalist and sets out on a long journey through Sri Lanka ‘s Northern area to track him down.

The second part is a story of a Sinhala soldier who returns from his battlefield for a short vacation to fix his sister’s wedding.

While on his return, in a cosmopolitan city, he steps into a brothel with his fellow soldiers and finds his sister there as a prostitute.

The third one is about a Muslim family and their eleven-year-old boy Arafat who is struggling to keep his dog and companion, as they are being forced to evacuate from their village by the rebel army.

The non-linear storytelling narrates the story poetically to portray the cruelty of war. Eventually, they all end up on a boat burdened with sorrows and miseries and hopes.

The film was celebrated for its storytelling and cinematography. It won the Grand Prix at the Fribourg International Film Festival Switzerland, the Grand Jury Prize at the Philippines Makati Film Festival and screened at many other film festivals.

Oba Nathuwa Oba Ekka (With You, Without You) 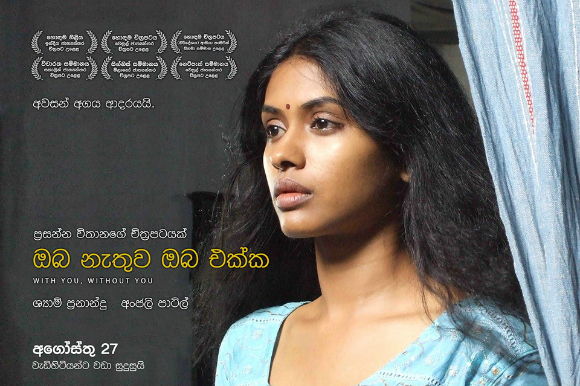 This is an adaptation of Fyodor Dostoyevsky’s novella, A Gentle Creature.

When lonely, tortured pawnbroker Sarathsiri (a former soldier) meets and marries the beautiful Selvi, he thinks he has finally found a way to put his past behind him.

But a sudden visit of an army friend, opens up some dark secrets of Sarathsiri to Selvi.

Being the direct victim of a 30-year-old war, she falls into an existential angst.

Will love help them cross the bridge or will the past continue to colour the present?

These questions aren’t just for Sarathsiri and Selvi, but for the entire nation.

Through his stunning visuals, Prasanna Vithanage tells the story of guilt, redemption, and forgiveness. The film depicts the current situation of war-torn Sri Lanka.

The film was screened at more than 19 festivals and has won many awards including the NETPAC Awards at the Vesoul Asian Film Festival 2013.

Prasanna’s first docudrama, Silence in the Courts, will release from February 2016.

Through his talented direction, Prasanna Vithanage has influenced many new age filmmakers who have begun to make films, addressing the social and political issues of Sri Lanka.