Indian cricketer Yuvraj Singh announced his retirement from all forms of cricket. Many Bollywood stars came out and praised the all-rounder’s career.

"I have decided to move on."

Bollywood stars praised the career of Yuvraj Singh after the all-rounder announced his retirement from all forms of cricket.

While the 37-year-old announced that he would be walking away from the sport, he said he will be helping cancer patients through his ‘YouWeCan’ foundation.

Singh made his international debut in 2000 at the ICC KnockOut Trophy. He last played a Test match in 2012 and featured in a limited overs series in 2017.

One of his finest moments was throughout the 2011 ICC World Cup where helped India win their second title.

Yuvraj was named the player of the tournament. He amassed 362 runs including one century and four fifties.

Singh ended up becoming the first all-rounder to score 300 or more runs and take 15 wickets in a single edition of the showpiece event.

On June 10, 2019, Yuvraj announced that he would be walking away from the sport.

He said: “After 25 years in and around 22 yards and almost 17 years of international cricket on and off, I have decided to move on.

“This game taught me how to fight, how to fall, to dust off, to get up again and move forward.” 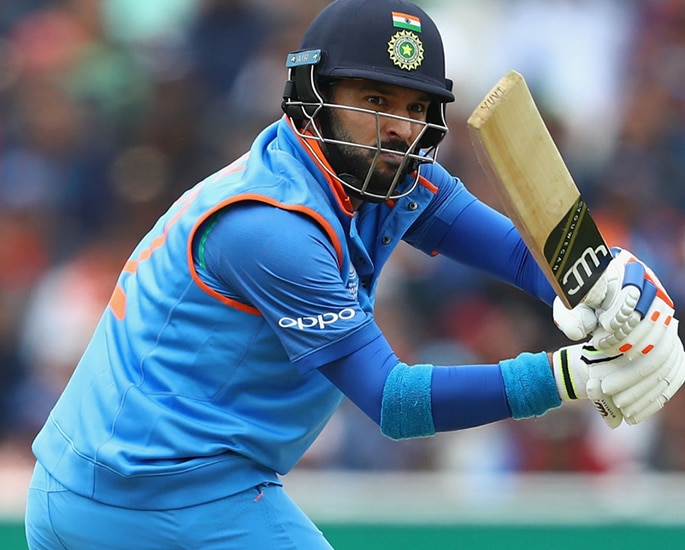 His retirement prompted many Bollywood stars to praise his achievements on the field.

Abhishek Bachchan wrote: “Many congratulations Yuvraj Singh on your retirement.

“You have been, are and will remain one of the most inspirational sportsmen ever. Thank you for all the wonderful memories.”

Thank u @YUVSTRONG12 for all the memories and always being a great ambassador of the game #yuvrajsinghretires pic.twitter.com/kLao4K45zM

“Thank you for the memories, Yuvraj Singh.

“You’ve been a warrior and inspiration to so many. I wish you the best in the next inning of your life.”

Suniel Shetty said: “This day will never happen again cause natural talent like Yuvraj will never be born again.”

Dearest @YUVSTRONG12!!! You have inspired millions of Indians all over the world not only as a great cricketer but also as a person whose attitude towards life has been that of a complete WINNER. People like you don’t retire. We will always applaud your strength & courage.?? pic.twitter.com/Y90auVDj30

His wife Hazel Keech also paid tribute to her husband’s illustrious career and called it an “end of an era”.

She wrote: “And, with that, its the end of an era. Be proud of yourself husband, now onto the next chapter… love you, Yuvraj Singh.”

Not only did the couple’s fans praise the cricketer but actress Kim Sharma also posted a comment on Hazel’s post.

Sharma reportedly dated Yuvraj for several years before splitting in 2007. She wrote:

Following the success of the 2011 World Cup, Singh was diagnosed with a cancerous tumour but managed to successfully defeat it.

He made a comeback at the 2014 ICC World Twenty20 but he struggled for form.

Yuvraj said: “This was probably the most difficult time in my cricket career, the 2014 T20 World Cup final against Sri Lanka when I laboured to 11 off 21 balls.

“It was so shattering that I felt my career was all but over, everyone wrote me off too. But I never stopped believing in myself.”

Despite the struggles in his later career, Yuvraj Singh is considered to be one of India’s greatest limited over players and has enjoyed a successful career.

Dhiren is a journalism graduate with a passion for gaming, watching films and sports. He also enjoys cooking from time to time. His motto is to “Live life one day at a time.”
Shoaib Akhtar describes MS Dhoni ‘Faster than a Computer’
India vs Pakistan: ICC Cricket World Cup 2019