The actor took to Instagram and performed a rap

Cricket and Bollywood are the two things that determine the pulse of the majority of the Indian population. As such the country has been in an uproar following the phenomenal victory of Mumbai Indians (MI) over Delhi Capitals (DC).

MI won by five wickets in the Indian Premier League (IPL) 2020 final at the Dubai International Cricket Stadium on November 10, 2020.

Bollywood stars have been quick to react and they congratulated the Mumbai Indians on their fifth time lifting the trophy.

The actor took to Instagram and performed a rap from his film Gully Boy to wish MI on their record win.

Number 5! What a dominating win! IPL is now becoming the Mumbai premier league. Well played Delhi. Waiting to watch you’ll come back stronger in the next season! #MIvsDC #IPLfinal

Legendary cricketer Sachin Tendulkar also joined in the Twitterati fever and congratulated the team on their win.

What a victory by the boys! Complete domination by @mipaltan!

Well done to the players and the support staff who have continued from where they left off last year. ??#MIvDC #IPLFinal pic.twitter.com/ncRaxDUgLl

Legendary Australian cricketer Shane Warne congratulated the Board of Control for Cricket in Indian (BCCI) for making this season another huge success.

He then congratulated the Mumbai Indians for the victory and the Delhi franchise too for a great season.

Congrats to the @BCCI @SGanguly99 and all the @IPL staff and players on making this season another huge success ! A massive thanks to the players for the sacrifices they have made. Congrats to the @mipaltan on the victory & well done to the @DelhiCapitals on a great season too ! pic.twitter.com/CauLkXx1V2

He took to social media where he shared a video cheering the Mumbai Indians.

On his Instagram Stories, he wrote the caption: “Can’t mask this feeling.” 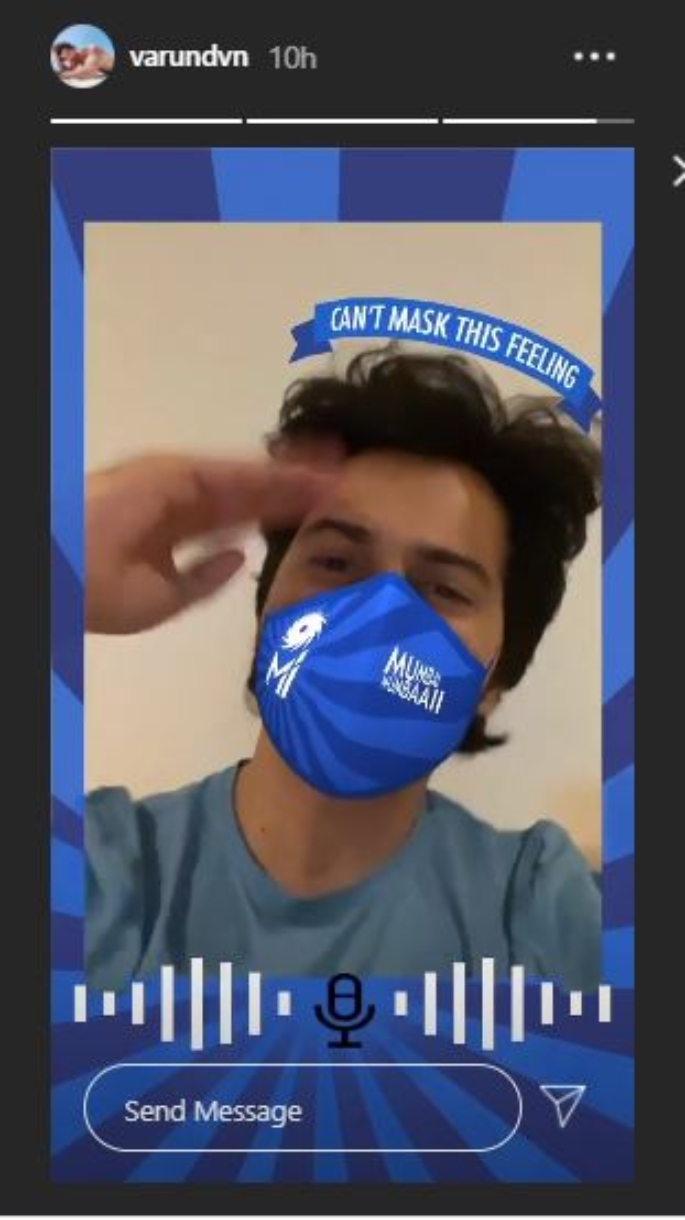 With this win Mumbai is the most successful team in IPL history, the team chased 157 with eight balls to spare as captain Rohit Sharma hit 68.

Trent Boult took 3-30 for Mumbai, including Marcus Stoinis with the first ball of the match in Dubai.

Delhi were 22-3 before captain Shreyas Iyer made 65 not out – he added 96 with Rishabh Pant – but Mumbai ensured their total was never enough.

The defending champions were always in control of their chase after Rohit and Quinton de Kock plundered 45 from the first four overs.

Rohit was caught at deep mid-wicket with 20 needed from 23 balls and, although Kieron Pollard and Hardik Pandya soon followed, Ishan Kishan’s unbeaten 33 off 19 balls took Mumbai to victory.

This year’s tournament was held in the United Arab Emirates without fans and delayed from the spring because of the coronavirus pandemic.

England pace bowler Jofra Archer was named as the most valuable player. He took 20 wickets and scored 113 runs, including 10 sixes, for Rajasthan Royals.

Everyone from B-Town celebs to international cricketers has agreed that a win for Mumbai was a fitting end to the IPL season.

Akanksha is a media graduate, currently pursuing a postgraduate in Journalism. Her passions include current affairs and trends, TV and films, as well as travelling. Her life motto is 'Better an oops than a what if'.
FA Chairman Greg Clarke Quits after Racist Comments
Top 5 Sports Anime Watched in Asia