One of the most popular genres within Anime is sports as they tell detailed stories. We explore the top five Sports Anime watched in Asia.

"trust me, this is the one which gives me goosebumps."

Young people in Asia have particularly fallen for Sports Anime.

Sports Anime are not cliché, they give you the thrill of the game and they demonstrate that it is not all about the best team.

In addition, they show the importance of training and believing.

Sports Anime are personal as they have the ability to involve the audience into the actual story. The sorrow of the characters becomes the viewer’s, their happiness is shared with their audience.

This kind of Anime allows their audience to see and understand whatever instinct or desire that drives the characters into pushing themselves, no matter their situation.

Each persona has a rich, distinct background, from which they developed and improved. Altogether, those differences between characters make the team actually work together.

The art style is similar to their Manga (if they have one), but the superior animations give much more detail to the plot and the games.

It is the animation that humanises the characters as their voice actors tend to demonstrate the feelings and emotions of every character. 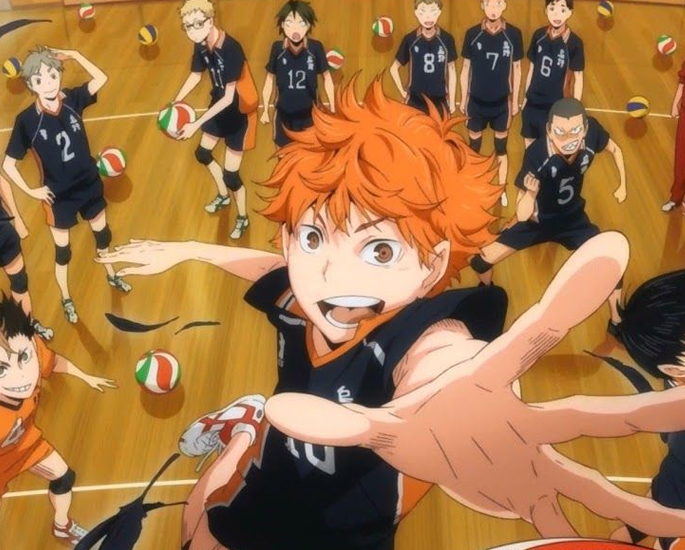 Haikyu!! is a shonen Sports Anime which is based on Haruichi Furudata’s Manga.

The Anime is still ongoing, although the Manga series finished on July 20, 2020.

The first season was launched in April 2014, airing 25 episodes until September of the same year. There are currently four seasons.

The newest season was divided into two parts, with the first 13 episodes airing between January and April 2020, while the second part was supposed to release in July 2020.

However, the Covid-19 pandemic caused it to be delayed.

It tells the story of Shoyo Hinata who dreams of becoming the best volleyball player despite his small stature.

After his team is beaten by a team led by the ‘King of the Court’ Tobio Kageyama, the two embark on a rivalry.

The two rivals, although constantly arguing, soon develop a special technique which allows them to surpass numerous obstacles and it results in a partnership.

Ayanraktim reviewed the Anime adaptation on IMDb and wrote:

“I watched tons of tv series but trust me, this is the one which gives me goosebumps.

“The reason is, it carries the emotion of friendship, trust, and most importantly immense determination to surpass one’s limit and reach another peak.

“I am simply grateful for such a beautiful script and a series of emotions.”

With an average rating 8.8/10, this Anime has surpassed any expectation with the beautiful artwork and relatable characters, making many people love and enjoy this sporty and athletic genre. 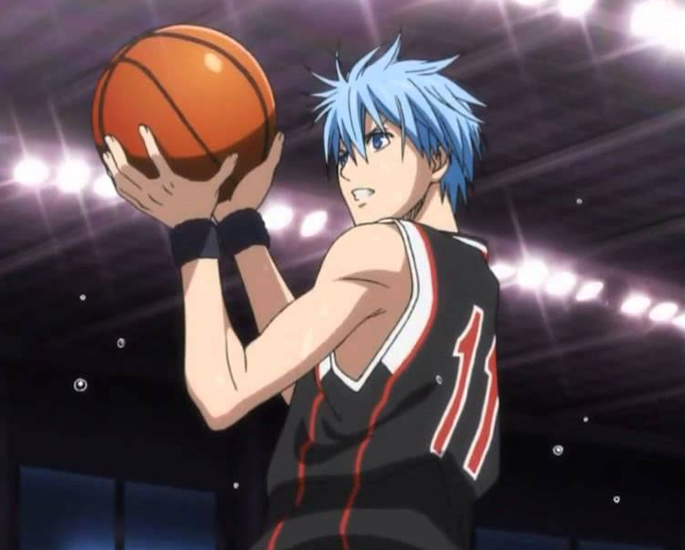 Kuroko’s Basketball is a Sports Anime which premiered in 2014.

After season 3, the series ended in June 2015, with the film Kuroko’s Basketball The Movie: Last Game providing a definitive conclusion to the story.

It is about Tetsuya Kuroko, the sixth member of the ‘Generation of Miracles’ team.

The Generation of Miracles were 5 students from a prodigy basketball team, who reached the top competitions without losing, therefore gaining their renowned title.

He and Kagami Taiga aim to bring Seirin High School to the top and make them Japan’s best high school team.

The pair vow to use their talents to defeat every member of the ‘Generation of Miracles’.

One review read: “The main character, Kuroko, is adorable. I think he’s so likeable because you can really see just how much he loves both basketball and his friends.

“I found myself rooting for him all the way through (and sharing in on the few occasions he cried!), it’s hard not to get invested in his journey!”

Throughout the series, the plot and characters gain more depth, making Kuroko’s Basketball one of the most popular Sports Anime in Asia. 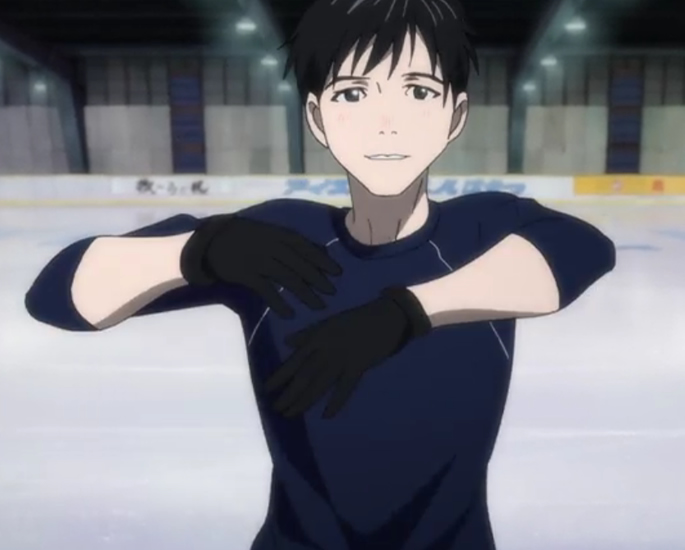 Yuri!!! on Ice is a shonen Sports Anime about figure skating. The 12-part series first aired in October 2016 and came to an end in December 2016.

It was directed and written by Sayo Yamamoto.

The story speaks of a Japanese figure skater called Yuri Katsuki who develops mixed feelings after his crushing defeat at the Grand Prix Final.

In a bid to clear his mind, Yuri goes to an ice rink and ends up perfectly mimicking an advanced routine performed by his idol Victor Nikiforov.

Victor then decides to become Yuri’s coach. Their main goal is winning the Grand Prix Final.

One Anime lover said: “Yuri!!! on Ice is a beautiful and moving story with a main character that’s capable of relating to anybody and everybody in the slightest.

“With the help of establishing an intimate relationship with Victor, it was refreshing to see Yuri develop more interpersonal relationships with his opponents alongside strengthening himself on the intrapersonal level.

“Each opponent had a unique character to them as well as their own strengths and weaknesses which kind of shines light on what Yuri himself needs to hone in.

“In regards to the storyline, the Anime is highly enjoyable and I appreciate the production’s take on portraying intimate and mutual love.

“The love portrayed in the Anime is multi-dimensional (friendship, mentorship, romance, companionship, and more).”

This Sports Anime has complex and realistic characters. It’s narrative inspires the audience to think deeply about real issues. 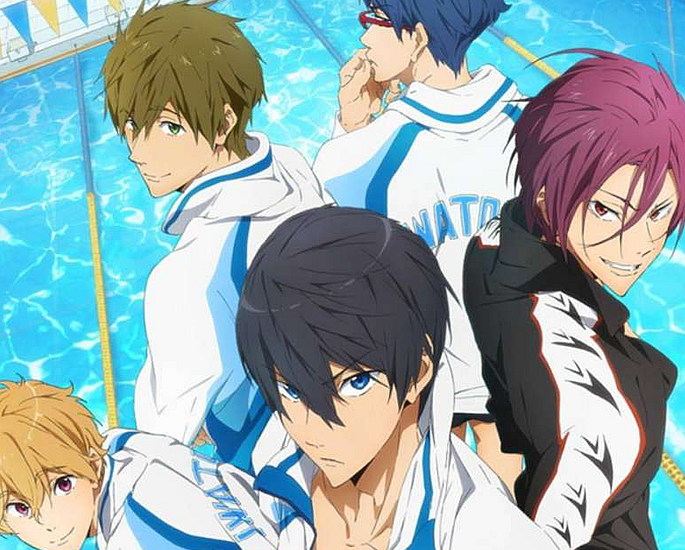 Free! is a Sports Anime series which is directed by Hiroko Utsumi.

A fourth season is set to air, however, it is not known when it will release.

It is about the members of a high school boys’ swimming team which were in the same club during elementary school. Years later, the team reunites.

However, with the addition of a new team member, the Iwatobi Swim Club aims to get to know him.

Each season follows the team during the final year of high school and also depicts their reunion after parting ways for university.

A review of the second season read:

“Free! builds on the foundation of its characters and virtues with connections. Characters connect with one another for a common interest and passion. In this case, it would be swimming.

“The first season gave the audience a well-rounded introduction of the characters ranging with a variety of personalities. The sequel expands on this by forging connections and relationships.

“Waters are smooth with delicacy while the guys are drawn with well-toned muscles.

“What I do give praise for is the visual expressions of the characters in this sequel.”

This Sports Anime is often praised for its ability to “bring back the liveliness of what summer feels like beyond just the naked bodies and swimming movements”. 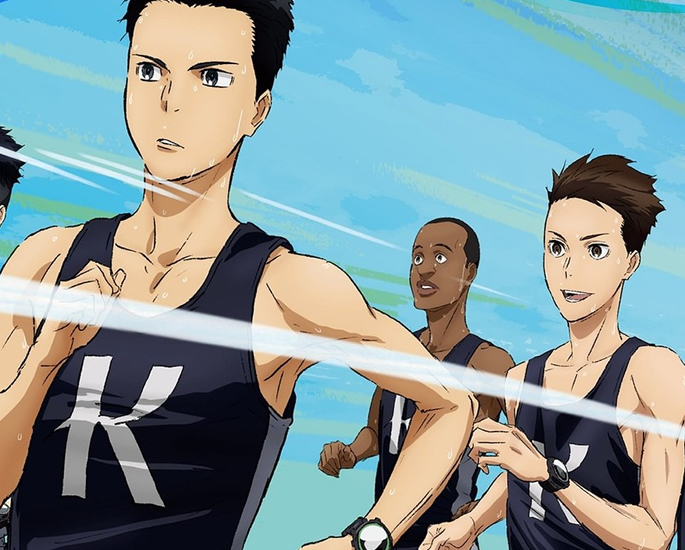 Run with the Wind is a Sports Anime which was adapted from Shion Miura’s 2006 Japanese novel.

The Anime series was directed by Kazuya Nomura and its 23 episodes premiered from October 2018 to late March 2019.

Kakeru Kurahara is the main character and the Anime is about how he ended up competing in the Hakone Ekiden relay marathon, one of Japan’s most prominent university races.

He meets Haiji who sees him stealing from a shop. Haiji attempts to persuade Kakeru to live in a shared apartment with him and eight others.

Kakeru only accepts because he had lost his entire apartment deposit.

However, Kakeru discovers that Haiji invited him into the dormitory of his Uni’s Track Club, but everyone except two are amateurs.

Over the course of the story, Kakeru learns the meaning of being part of a running team.

One review stated: “Run with the Wind boasts such a splendidly rich animation production, it really reminds you just how impressive, how downright humbling this division of the studio is at its best of times.

“The character designs fit with a level of orate detail which was incessantly impressive to see in such fluid movement.”

“The design-work of the main cast in particular, as well as the voice actors chosen to play them, clearly had a lot of thought put behind them, as you can see exactly how such distinct appearances representing such well-realised personalities can really benefit the immersion of the work as a whole.

“And as the show progresses and you come to understand the characters more intimately, you’ll slowly start noticing more and more of those little details that had been there the entire time.”

This Anime has significantly contributed to the rise of the Sports Anime community in Asia thanks to its mixture of comedy and drama.

These five Sports Anime are some of the most-watched in Asia because of their amazing art style and ability to intrigue the reader into the sport itself and the story of its characters.

Even in South Asian countries like India, although the Anime fanbase might not be as prominent, a new Sports Anime based on Kabaddi is set to release. It is called Burning Kabaddi.

Sports Anime tend to demonstrate how and why the characters act the way they do. They show why they don’t give up in front of situations where others would have run away from.

Bella, an aspiring writer, aims to reveal the darkest truths of society. She speaks out her ideas to create the words for her writing. Her motto is, “One day or day one: your choice.”
Bollywood Reacts to Mumbai Indians IPL 2020 Victory
5 Top Future Stars of Pakistan Cricket