Best Anime to Watch on Netflix

Anime is no longer just for the Japanese market, over the years it has gained global popularity. DESIblitz explores the best Anime to watch on Netflix.

"You will laugh, cry and get emotionally invested in everyone"

Anime has really been gaining popularity over the past few years. Today more people watch the genre on a regular basis.

Before anime was considered ‘geeky’ or ‘nerdy’ and something that wasn’t socially popular.

Much of this was because it wasn’t easy to find. Especially online and a lot of the anime that did air on TV was more on the childish side.

However since online culture has made endless hours of streaming content popular – things have really changed.

Anime is easier to find and the selection on Netflix is growing every week. So even those with no knowledge about it can now have access to it.

DESIblitz explores the best anime to watch on Netflix. 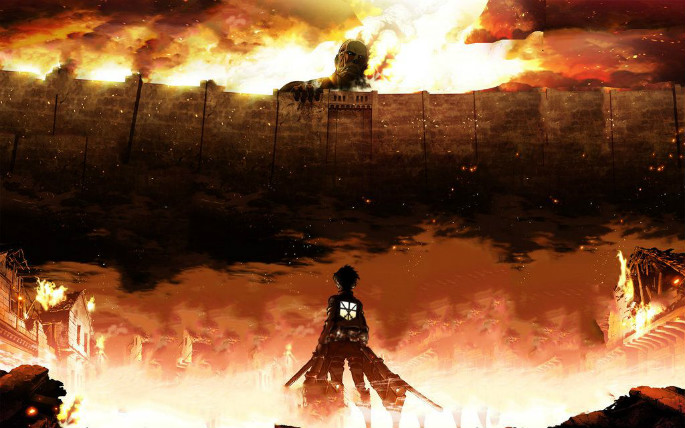 Attack on Titan is possibly one of the most popular Anime out there. It ruined the Internet when it came out in 2013 and became associated with pain and death.

It’s plot follows a world that faces the threat of 10-plus metre humanoid giants who feast on human flesh. As a result humanity lives behind huge walls in their attempt to stay safe. This allows them to survive a hundred years without incident.

Things change when the walls are breached and humanity faces huge losses. The protagonist Eren Jaeger loses a lot that day, his stability, his mother, his home. But he gains a strong desire to kill every last Titan in existence.

The Anime goes through him and his friends Mikasa and Armins journey as they join the Titan killing armey unit the Survey Corps. They then have to face the reality of the war they are facing.

Attack on Titan is not for those who cannot deal with death and sadness, no character is safe. On the bright side the animation quality and soundtrack are absolutely stunning. 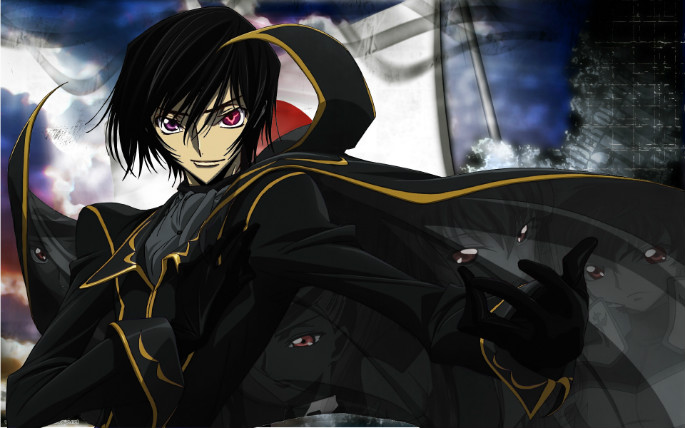 Code Geass is set in an alternative universe with the Empire of Britannia is the overarching ruler. The military nation has taken over of land, including Japan, which they renamed Area 11.

This Anime follows Lelouch Lamperouge, an exiled prince of Britannia. A smart and intelligent character who finds himself caught in the conflict between the two nations.

He manages to escape with the help of a mysterious girl C.C who gives him a power called Geass, it allows him to control someone. This power of absolute obedience allows Lelouche to start on his journey to destroy Britannia and get revenge by becoming a masked vigilante called Zero.

Code Geass is an amazing Anime to watch if you prefer something that focuses on strategy, psychology and revolution. It’s definitely one you have to pay attention to, but it’s well worth the watch. 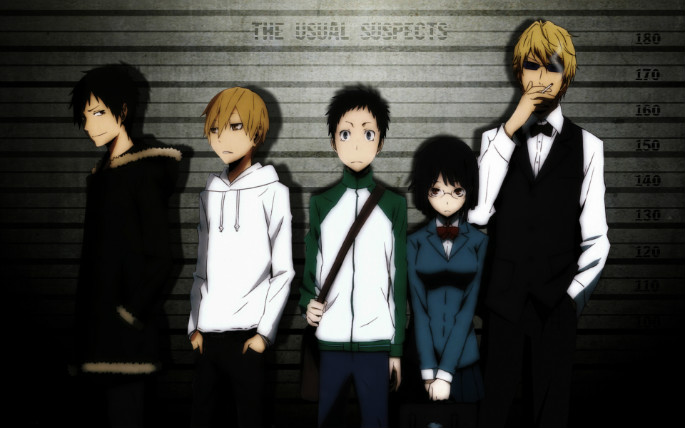 Durarara is a hard one to define. It’s an Anime that deals with the underworld in Tokyo’s district Ikebukuro. So no good guys here, but it’s worth being on this list.

The plot is multi woven and there are many characters that all have a part to play. Including a fan favourite character who is ridiculously strong – he uses lampposts as weapons.

Ikebukuro has many rumours floating around, of anonymous gangs, dangerous people, a slasher and even an urban legend. Which states that there is a headless motorcycle rider roaming the streets.

In comes Mikado Ryuugamine who wants an exciting life, and moves to Tokyo. We see a lot of crazy events from his eyes, and a lot of them are also supernatural.

Salima, 22, tells DESIblitz: “This anime has everything, from coloured gangs to psycho school kids. Monster swords, Russo-Japanese Assassins and even a headless horseman. All situated in the insane district of Ikebukuro, overall it’s extremely fun to watch.” 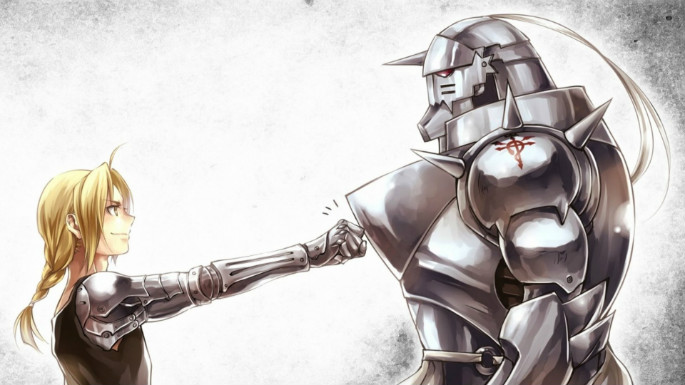 This Anime is one that will take you on a journey of tears, sadness and hope. You will laugh and be on the edge of your seat. There is a reason than many consider it to be one of the best anime out there.

It looks at many different issues relating to the effects of war but in a well developed manner. The country is a military state, which even enlists alchemists.

Imagine someone being able to set fire to a large amount of land with the click of their fingers. That’s the kind of damage we’re talking.

Brothers Edward and Alphonse Elric lose everything when they try to bring back their dead mother using alchemy. The price they pay for this high, as human transmutation is taboo.

These two unfortunate brothers then embark on a journey to get back their bodies, and with the help of metal limbs Edward Elric is able to become an alchemist. 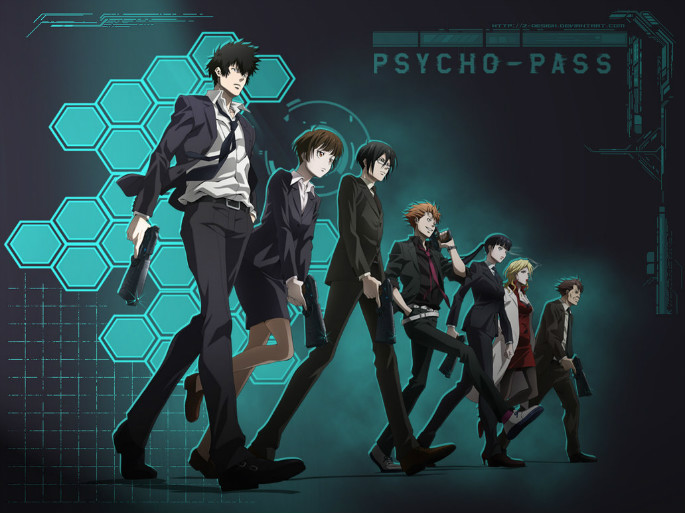 Set in futuristic Japan, Psycho Pass is one of the best psychological Animes out there. If you want to look at the implications of using technology to measure a human, look no further.

Japan has enforced the Sibyl System. Which determines a person’s threat level by examining their mental state for signs of criminal intent – their Psycho Pass.

Inspectors strictly uphold the law against anyone harboring even the slightest ill-will. They do this alongside enforcers who are latent criminals and do the dirty work.

Then comes protagonist Akane Tsunemori. An honest woman who wants to uphold justice, alongside enforcer Shinya Kogami. She learns that the Sibyl System is not as perfect as it seems and questions what justice truly is.

It’s not one to watch if you have a faint heart and cannot deal with sensitive subject matters. Psycho Pass is also very psychological and really focuses on exploring issues of justice, peace and the limitations of the possibly corrupt Sibyl System.

Your Lie in April 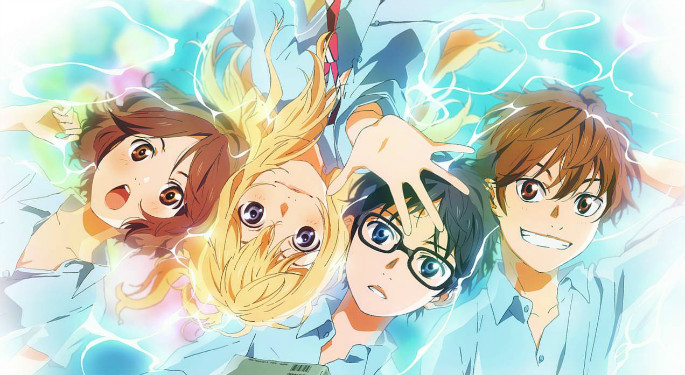 Last but not least, the tear jerker. Do not go into Your Lie in April thinking it will be light-hearted. It is very sad, but well worth taking the time to consider.

It is a heartfelt Anime which has a music soundtrack that is so beautiful you will run onto YouTube to find it.

This Anime looks at the pianist prodigy Kousei Arima, two years after the death of his mother. He’s fallen into a downward spiral and can no longer hear the sounds of the piano. As a result he avoids the instrument.

Living a bland life with his friends, he’s just following the motions. Everything changes when he meets the vibrant violinist Kaori Miyazono who completely opens his eyes up and makes it her mission to get him to face music again.

You will laugh, cry and become emotionally invested in everyone.

There are of course a lot more Anime options available on Netflix. These choices are a good starting point before you journey out into the immersive world of Japanese entertainment.