Suresh Raina pulls out of IPL 2020 for “personal reasons”

Suresh Raina, has returned to India and pulled out of the Indian Premier League 2020 tournament taking place in UAE.

"Suresh Raina has returned to India for personal reasons"

Indian cricketer, Suresh Raina has added a huge blow to the Chennai Super Kings teams by pulling out of the Indian Premier League 2020 (IPL) tournament due to what cites as “personal reasons”.

The IPL franchise has stated the 33-year-old all-rounder player who retired from international cricket in August 2020, will not be available for the rest of the IPL season and has returned to India.

The CEO of the Chennai Super Kings (CSK), Kasi Viswanathan, posted an official statement on Twitter on August 29, 2020, saying:

“Suresh Raina has returned to India for personal reasons and will be unavailable for the remainder of the IPL season. Chennai Super Kings offers complete support to Suresh and his family during this time.”

According to Indian media reports, Raina’s aunt and uncle were viciously attacked after midnight in their Pathankot’s Thariyal village on the night of August 19, 2020, while the family were sleeping on the terrace of their home.

Therefore, there is speculation this is why Suresh Raina has left the IPL CSK camp in UAE.

CSK have won the IPL three times have lost Raina, who is second, after the Indian captain Virat Kohli.

Raina a handy off-spinner and left-handed batsman retired from the Indian team literally minutes after the CSK captain MS Dhoni announced he was quitting the national team.

This adds to the current woes of the CSK after 12 members from the team already tested positive for Covid-19. This included an Indian T20 fast bowler and means that the quarantine restrictions on the team are now extended to September 1, 2020.

The Indian cricket board (BCCI) stated that 1,988 Covid-19 tests were conducted between August 20 and 28, 2020, across the IPL teams in the UAE, including other officials participating in the tournament.

The tests were done following UAE health protocols and in a statement the BCCI said:

“Thirteen personnel have tested positive of which two are players.

“All the affected personnel as well as their close contacts are asymptomatic and have been isolated from other team members. They are being monitored by the IPL Medical Team.

“As per the IPL 2020 health and safety protocols, testing on all participants will be conducted regularly throughout the IPL 2020 season.”

However, the board did not release any names of the people who tested positive. But local media in India said that all of them were from the CSK camp including Raina’s teammate, Ruturaj Gaikwad. 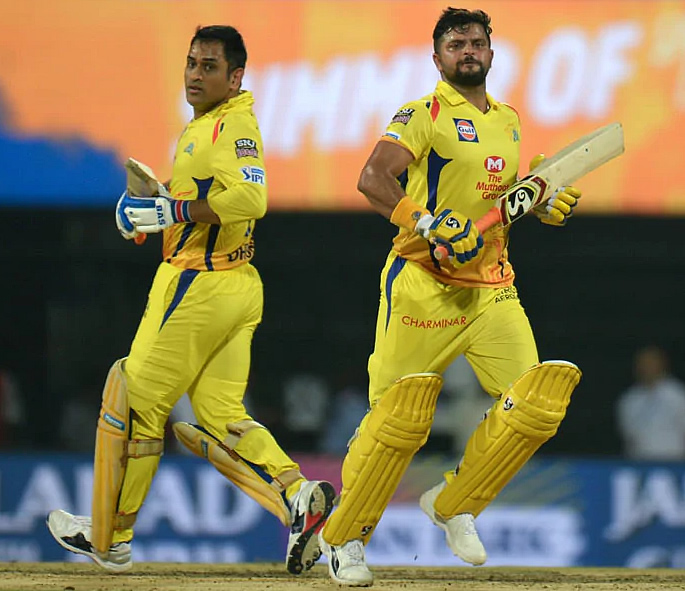 Now all eyes will be on captain MS Dhoni who will lead CSK into the IPL tournament. This follows a five-day training camp which took place in Chennai prior to the team’s departure for UAE.

It was MS Dhoni who convinced CEO Viswanathan that the Chennai camp should be held in a bio-bubble so that the players got together since none of them had played for nearly four to five months.

“This camp, though we had some reservations, has really helped. I am very happy we were able to host the camp.

“Now everyone is on the same page. No one has played cricket for five months. We all are equal. I think we will be better now because we have the experience.”

But now with some key players under observation and Raina no longer part of the CSK team, they will need to quickly re-group.

Baldev enjoys sports, reading and meeting people of interest. In between his social life he loves to write. He quotes Groucho Marx - "The two most engaging powers of an author are to make new things familiar, and familiar things new."
Rajasthan Royals aims to remove Period Stigma with Sponsor
Saqib Nasir: A Shining Light in Snooker