Niall Aslam has left reality show Love Island over ‘personal reasons’. Fans are saddened by his leaving as he was the favourite contestant for many viewers.

"For personal reasons unfortunately he [Niall] can't continue or come back to the villa."

Niall Aslam has left the ITV2 reality show Love Island citing ‘personal reasons’ for his departure. The sudden move has left many viewers shocked to see him go.

The 23-year-old is a construction worker from Coventry. Fans of Niall took to his loveable personality from the beginning of the series and up until recently, he was viewed as a favourite to win the competition.

Now, it seems his departure has disappointed fans who wanted to see him win and left his partner in the villa, Georgia Steel, 20, on her own.

ITV has confirmed that Niall has left the villa in a statement. They said:

“Niall has left the villa for personal reasons.”

“For personal reasons unfortunately he [Niall] can’t continue or come back to the villa.” 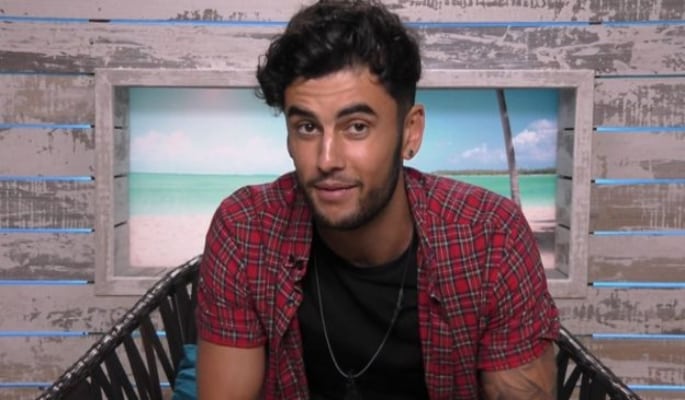 Niall’s time in the villa has been far from smooth, despite his short-lived stay there. He began the series coupled up with Kendall Rae-Knight, 26, (who has since been voted off).

Fellow Love Islander Adam (22) then flew in and stole Kendall from Niall leaving him slightly bitter about the whole situation. However, Niall was not left alone for very long.

Luckily, drama student Georgia was introduced to the villa not long after, along with fellow newcomer Rosie. Niall and Georgia seemed to hit it off on their first date in the villa and they re-coupled on Friday 8th June.

However, it now seems that relationship in the villa is over with Niall’s shock exit.

The well-liked contestant will be certainly missed. Phrases that won over Love Island audiences included his use of ‘rainbow fish’ to describe finding the right girl for him.

Fans grew to love Niall for his quirky and lovable personality. He proudly showed off his tattoo of a wand on his arm and used his love for Harry Potter to attempt to woo Kendall.

Reactions to Niall leaving are quickly surfacing on Twitter. Many fans are upset or “gutted” and are claiming that he was the only contestant that had any personality in this year’s villa.

Waaaaaa! As if Niall has had to leave #LoveIsland he was the only one with a fun personality ?????

My reaction to finding out that Niall has left the villa, gutted! ??? #loveisland pic.twitter.com/cjM4ZX3UrT

I CAN'T BELIEVE NIALL'S GONE HE WAS THE BEST GUY IN THERE #LoveIsland pic.twitter.com/YZ7mr1o1bW

Fellow Love Island contestants seem just as sad that Niall has left. During a chat to the camera, Georgia explained her feelings towards him leaving. She said:

“Obviously I was coupled up with him so obviously I came closer to him than most people in here but it wasn’t just that. He was actually my friend, my buddy.”

It is not yet clear how Niall’s absence will affect Georgia’s status in the villa.

Dr Alex was also saddened by Niall leaving. He said:

“I’m obviously sad that Niall’s left the villa. We got on really, really well. He’s such a great guy. And I look forward to catching up with him and having some fun with him outside.”

This shock leaving seems to be the most dramatic event that has occurred on the series as so far as fans have been left relatively unimpressed with this year’s line-up.

Now that favourite Niall has left, we’ll have to see whether this Love Island series continues to have as much of a public following as it’s seen in previous years.