Cricketers with a connection to India have represented Australia in the sport. We present 7 Australian cricket players of Indian descent.

"He got a brilliant 100 against a very good England attack"

Over the years, several Australian cricket players with an Indian connection have gone onto represent their country at various levels.

All these Australian cricket players have been part of the national team at the Under-19 and senior international level.

Players with an Indian background include five cricketers and one prominent female players. They have played across various formats, including Test, ODI and T20 cricket

Comprising of batters, bowlers and all rounders, Australian Indian cricketers have been part of champions teams. This includes Australia winning the senior and youth world cups.

We take a closer look at 6 best Australian cricket players of Indian origin. 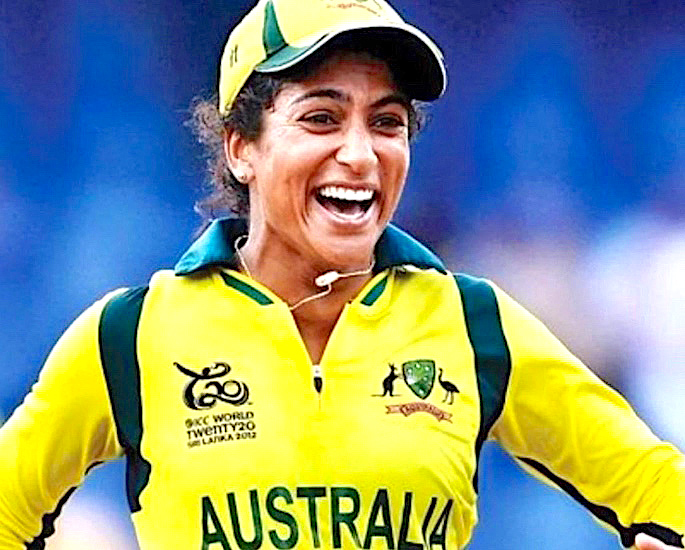 Lisa Sthalekar is a former Australian cricket player and captain of the international women’s team. She was a genuine all-rounder with her right-arm off-break bowling.

Despite being originally known as Laila, Lisa Caprini Sthalekar was born in Pune, Maharashtra, India on August 13, 1979.

With her biological parents unable to raise her, Haren and Sue Sthalekar adopted her. They had taken her from an orphanage called Shreevatsa, which was connected to Sasson Hospital in Pune.

She made her debut as a specialist bowler in the 1997-98 Women’s National Cricket League (WNCL). However, it was during the subsequent two seasons that Sthalekar took eight and fifteen wickets respectively.

Sthalekar then earned a call up to the Australian side. This after taking eleven wickets and scoring 112 runs during the 2000-01 WNCL.

She made her One Day International (ODI) debut, primarily as a bowler, versus England at Derby on June 29, 2001. She had credible figures of 2-25 in the game, with Australia defeating England by 99 runs.

During the 2001-02 season, she began concentrating on her batting. The frontline batter made her maiden fifty, smashing four in total.

She took her batting form to the international arena, scoring three fifties in six games. She made her Test debut also when facing England at the Gabba, Brisbane, Australia on February 15, 2003.

In her only second match, Sthalekar (120*) made her first hundred. She went onto play in every match during the Baggy Greens unbeaten victory campaign at the 2005 Cricket World Cup.

She had a few world cup highlights in South Africa. These include collecting seven wickets and in the final versus India, smashing fifty-five runs.

She also made a 98 against England in Test cricket and back to back half-centuries versus New Zealand during the 2007-08.

As a result, she received the Belinda Clark Award as best women’s global cricket player in 2007 and 2008 consecutively.

She was also leading the pack for Australia during the home 2009 Cricket World Cup. Sthalekar took thirteen wickets in the tournament , with a super bowling average of 15.69.

She was part of the triumphant Australian teams, which won the ICC Women’s T20 cricket World World Cup in 2010 and 2012.

From a record perspective, she was also the first woman player to accomplish the double of 1000 runs and 100 wickets in ODIs

In recognition of her career, she was  inducted in the ICC Cricket Hall of Fame during August 2020. After retiring from the sport, she became a commentator. 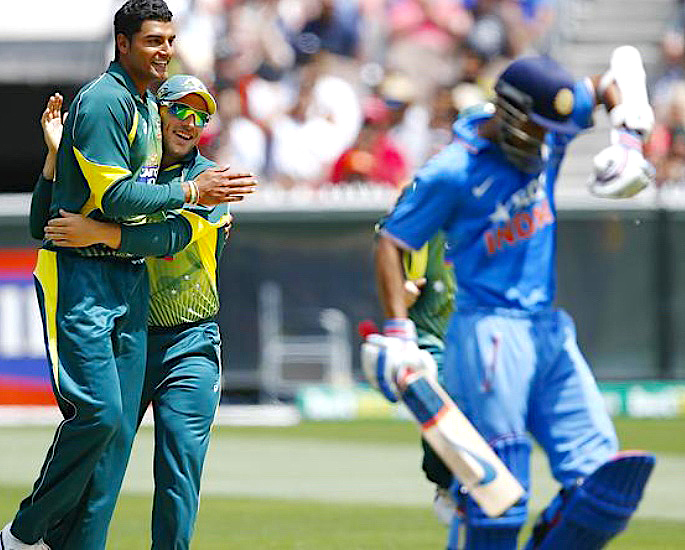 Gurinder Sandhu is amongst the top Australian cricket players to have international exposure. He is a tall right-arm fast-medium bowler and a worthwhile lower order left-handed batman.

He was born as Gurinder Singh Sandhu in Blacktown, New South Wales, Australia on June 14, 1993. His parents Iqbal and Mukhtyar had come from Punjab, India, shifting to Sydney in the 80s.

He was part of the Australia squad, which made it to the final of the 2012 Under-19 ICC Cricket World Cup.

He had a good event, taking ten wickets from six matches at a respectable average of 18.60.

In their opening Group A encounter with England at the Tony Ireland Stadium, Townsville on August 11, 2012, he claimed 3-27. These were his best figures in the tournament.

He played his first List A match for NSW versus Western Australia in Sydney on January 30, 2013. The same year, he also made his first-class debut for NSW against Victoria on March 7, 2013.

Gurinder had an excellent performance taking seven wickets in total and 5-31 in Victoria’s first innings. He was also named the Australian Cricketers’ Association player of the month in March 2013.

He made his senior Australian debut in a ODI against India at the Melbourne Cricket Ground on January 15, 2015.

The first cricketer of Indian descent to represent the Baggy Greens cherishes his initial scalp in ODIs. He tells NDTV:

“When I think about the best moment of my debut, I can’t really get past the wicket of Ajinkya Rahane.

“I guess it was pretty cool to get the first wicket nice and early.”

“It sort of felt like, I do sort of belong here instead of going for none for 50 and then thinking about am I good enough? That was really cool.”

Despite taking two wickets against England in the Tri-series also featuring India, his performance was overall average. 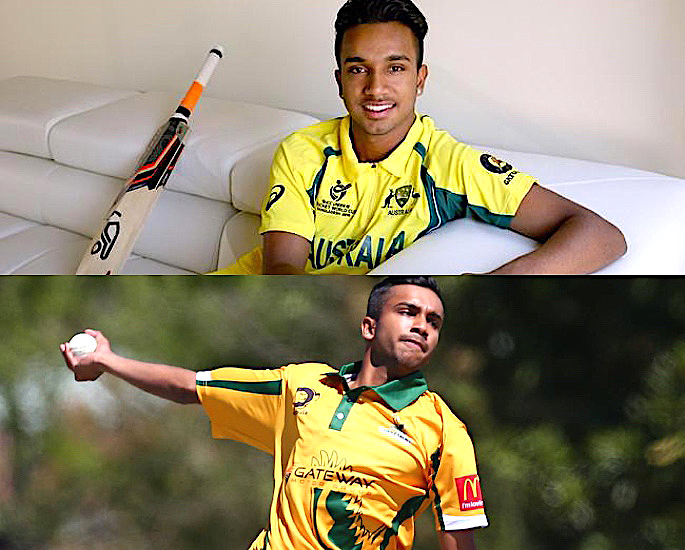 Arjun Nair is an all-rounder who bats right-hand and bowls off-spin with the same arm.

He was born as Arjun Jayanand Nair in Canberra, Australia on April 12, 1998. In 2015, he graduated from Patrician Brothers’ College, Blacktown.

His parents made the move to Australia from Kerala, India in 1996. He was the first Malayalee to represent Australia at the Under-19 level.

He made his debut for NSW in first-class cricket against South Australia on February 25, 2016. International Sports Stadium, Coffs Harbour was the venue for this Sheffield Shield match.

Arjun had a good game, picking 2-71 in South Australia’s first innings. He also had crucial contribution of thirty-seven batting at number ten.

He made his List A debut for the National Performance Squad versus South Africa A on August 13, 2016. The ODI against the A side took place at Townsville as part of a Quadrangular series.

Once again Arjun had a good all-round game. He made fourty important runs and took 1-35 from his eight overs.

He then went on to make his Big Bash League (BBL) debut for Sydney Thunder on December 22, 2016.

The match against Melbourne Renegades was hosted at Melbourne Cricket Ground. Prior to the 2020-21 BBL, Arjun highlighted his adaptability after he had re-signed with Sydney:

“I like to embrace every challenge and new challenges excites me and I like being able to adapt to different roles.”

Arjun is a player who has also made small changes to his game. This is to keep his consistency. 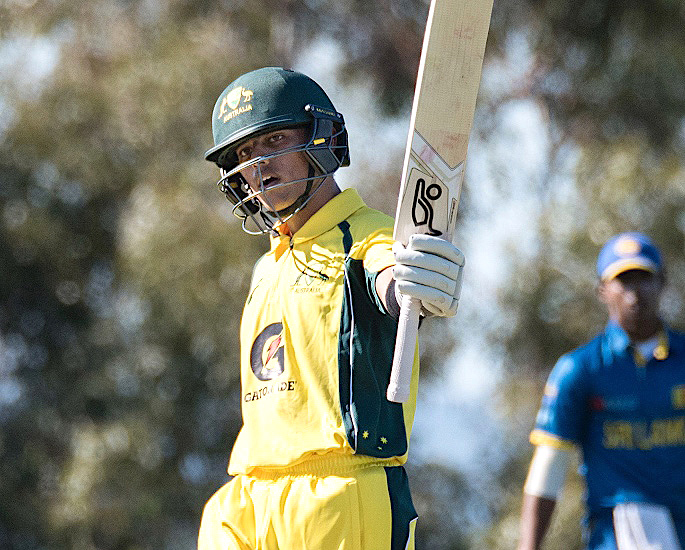 Param Uppal is an Australian cricket player of Indian origin. He is a right hand batsman who can bowl off-spin bowling as well.

He was born at Sector 32 GMCH in Chandigarh, India, on October 25, 1998. At the age of four he shifted to Australia so that his mum could complete her teacher training.

He first began playing for the Under-12 representative team of Blacktown. He was made the team captain at the age of ten.

Then as he progressed, particularly Aloo Paranthas (potato-stuffed flatbreads):

He made his List A debut for Cricket Australia XI against South Australia in the 2017-18 JLT One-Day-Cup.

Param was unbeaten on four as his team XI won this ODI comfortably by seven wickets, with nineteen balls to spare.

The same year, he was also selected as one of the the Australian cricket players for the 2018 Under-19 Cricket World Cup. 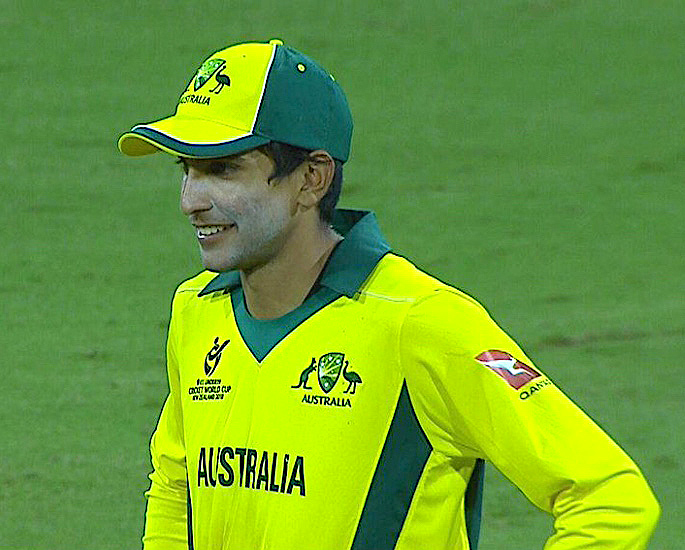 Jason Sangha is a batting all-rounder, who bats with his right hand and bowls right-arm leg spin too.

He was born as Jason Jaskirat Singh Sangha in Randwick, New South Wales, Australia on September 8, 1999.

He has Punjabi roots, particularly with his family originally belonging to Bhatinda, Punjab, India.

Randwick Petersham Cricket Club in Sydney is where he earlier began playing the sport. Representing Cricket Australia XI, he made his List A debut against South Australia in Sydney on October 15, 2016.

He went on to make his first class debut for Cricket Australia XI versus England in a day-night tour match at Adelaide on November 8, 2017.

In the second tour match against England, Sangha (133) made his maiden first-class hundred. In doing so, he also became second youngest player after Sachin Tendulkar to achieve this amazing feat.

A year later he also became the youngest player to make a fifty in the BBL on his debut.

Playing for Sydney Thunder, he smashed 63 off thirty-six balls against Melbourne Stars. His innings at the Manuka Oval on December 21, 2018 consisted of four 6s.

Joe Root who was on the crease with Sangha spoke highly of him, telling The Sydney Morning Herald:

“I was impressed when he played against us in a tour game last summer. He got a brilliant 100 against a very good England attack in Townsville.”

Many also believe Sangha is very much like former Australian captain Ricky Ponting. 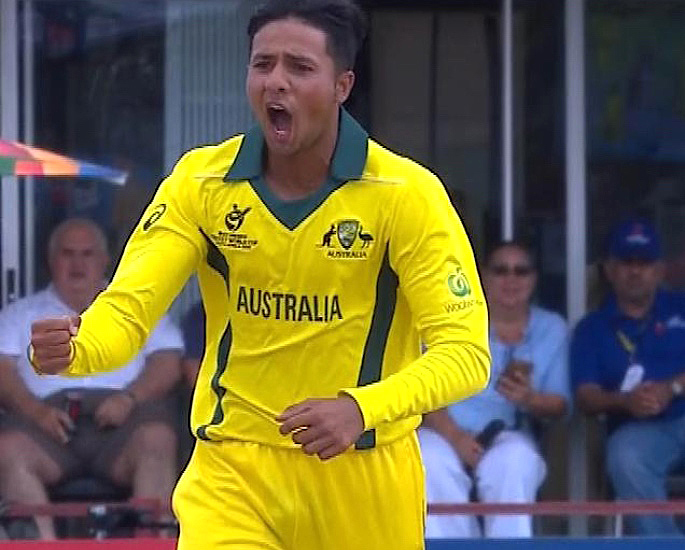 Leg spinner, Tanveer Sangha is one of the most exciting Australian Indian cricket players. He was born in Sydney, New South Wales, Australia on November 26, 2001.

He has an Indian connection, with his father Joga Sangha coming from Rahimpur village. This is close to Jalandhar city in Punjab, India.

Tanveer first made the headlines after taking the most wickets for Australia at the 2020 Under-19 Cricket World Cup.

He took fifteen wickets from six matches in the tournament. Tanveer had a best of 5-14 against Nigeria on January 20, 2020.

He had a phenomenal bowling average of 11.46 for this competition. Tanveer then went onto make his T20 debut in the 2020-21 BBL.

Representing Sydney Thunder, his first match was against Melbourne Stars at Manuka Oval, Canberra on December 12, 2020.

He was the leading bowler for Sydney, claiming twenty-one wickets at a healthy average of 18:08. His best match figures of 4-14 came against Melbourne Renegades at the Manuka Oval on December 26, 2020.

In light of his instant impact, Tanveer also had an Australian call up in January 2021 for the T20I series versus New Zealand.

Tanveer who went to East Hills Boy High School, was also a little surprised by his selection. He told the Times of India.

“I was over the moon when I got the call. It took a while for it to sink in. I did not expect to be selected at such a young age.”

Tanveer is certainly a talented leggy, that has bamboozled players in Australia.

Besides the above cricketers, all-rounder Bhavisha Devchand is also a former Australian cricket player. She did not play international cricket, but competed on the domestic circuit.

All the aforementioned Australian Cricket players with an Indian link have proven that with hard-work and dedication, dreams can be fulfilled.