Several Australian women have testified against an Indian couple who paid them up to £15,000 to marry Indian men for fake visa arrangements. DESIblitz reports.

If found guilty, Mashru and Gowda could be sentenced to 10 years behind bars.

Brisbane Magistrates Court have heard how an Indian couple paid dozens of Australian women to marry Indian men in a visa scam.

A number of women have appeared in court since May 11, 2015, to testify against Chetan Mohanlal Mashru and his partner, Divya Krishne Gowda.

Mashru, a migration agent, would then help these men apply for spouse visas in order to live in Australia.

Testifying at court, Josephine Haig said she reached out to Mashru after finding out through friends about the sham marriages arrangement. 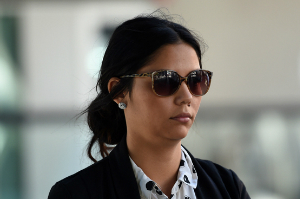 She lived together with her ‘husband’ to keep up appearances of their fake marriage.

Later, Haig agreed to testify against the accused on the understanding that she would be protected from prosecution.

Another testimony came from Angelina Thompson, who gave evidence on the phone.

She claimed she had met the Indian man through her friends and that she would avoid legal troubles by coming forward with her story.

While she could not recall when she received payment to marry him, she remembered vividly that she was not paid the right amount. Thompson said:

She said: “It was always in my mind that we may have been in trouble.”

Both Mashru and Gowda are charged with 17 counts of arranging fake marriages between Australian women and Indian men for visas and money. 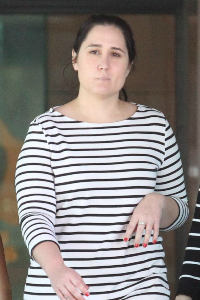 The Mumbai-born Mashru is further charged with ‘14 counts of fraud to influence visa applications and 18 offences under the commonwealth criminal code of dishonestly influencing a public official’.

The pair were arrested on February 11, 2014, by the Australian Federal Police at their Oxley unit in Southwest Brisbane, for running the illegal scheme from March 2011 to March 2012.

Nine witnesses are expected to give their testimonies on May 13, 2015, so that Magistrate John McGrath can decide whether to take the pair to trial.

A bail hearing is also scheduled on the same day.

Their clients who have been married under the scheme do not currently face any charges. Their visa applications have been put on hold until the court has given a ruling on the case.