Speaking to Times of India, Sumit Antil said that Chopra gave him a pep talk which spurred him on to win a medal of his own.

“Thank you to him for inspiring me. I still remember those encouraging words.

“Neeraj said you have the ability to do well and he was confident that I will win a medal in Tokyo.

“He has given me tips whenever I needed them. He was always there to help me.

“He is such a nice human being.”

The 23-year-old also said that he cannot wait to speak to Neeraj Chopra when he returns to India after the Paralympics.

Now a world record holder and a gold medallist, Antil’s aims for the future are high.

According to the javelin thrower, he plans to rest before competing at the 2022 Commonwealth Games in Birmingham. 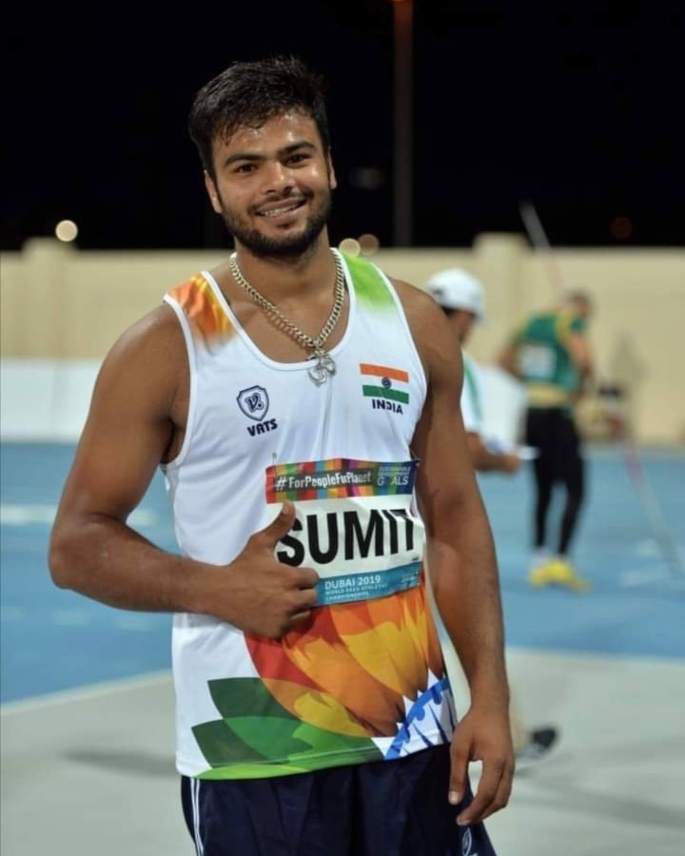 Speaking of his achievements, he said:

“I wanted to win a gold medal with a world record. And I did it. I won’t stop here. I have to go a long way.

“My elbow is overused and the doctors and physiotherapists have advised me to take proper rest.

“I want to take rest, feel refreshed and then hit the field again, full of energy.

“2022 Commonwealth Games, Asian Games, and World Championships are my next targets.”

According to Sumit Antil, becoming a Paralympian was not his initial dream.

Before a horrific road accident in 2015 that led to his left leg being amputated, Antil wanted to join the army.

However, he always knew he wanted to be a sportsman, and is grateful to his coach Naval Singh for his success.

Speaking of this, Antil said:

“If I had my left leg, I would have been a wrestler. I wanted to join the Indian Army through the sports quota.

“I rejected many government jobs because of this.

“But the accident shattered my dreams of joining the Indian Army.

“But I didn’t give up. I wanted to do something in sports.

“I am thankful to my coach Naval Singh who helped me in those difficult times and whatever I am today, it is because of him.”

His gold was one of five medals achieved by India on Monday, August 30, 2021, which is the country’s best-ever medal haul at the Games.

Which Desi Cricket Players made the Switch to the USA?
Tal Singh trains in Las Vegas ahead of Professional Debut