British Asian poet, artist and documentary filmmaker Imtiaz Dharker has been named the 2014 recipient of the Queen’s Gold Medal for Poetry.

“[She] is the first ever British Asian woman to receive the royal recognition.”

The Pakistan-born poet will be honoured with the prestigious prize for her latest publication, Over The Moon, and lifelong contribution to poetry in 2015.

She joins a handful of past female recipients, but is the first ever British Asian woman to receive the royal recognition.

Dharker’s remarkable achievement made it easy for the Poetry Medal Committee to reach a unanimous decision in naming her the 2014 award recipient.

Carol Ann Duffy, the Poet Laureate who handpicked the committee, had nothing but praise for the poet.

Duffy said: “Whether [she] writes of exile, childhood, politics or grief, her clear-eyed attention brings each subject dazzlingly into focus. She makes it look easy, this clarity and economy, but it is her deft phrasing, wit and grace that create this immediacy.” 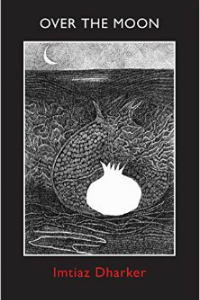 Speaking on behalf of the committee, Duffy was blown away by how Dharker drew on her multicultural experiences – growing up in Scotland and working in India:

“She draws together her three countries: Pakistan, land of her birth, Britain and India, writing of the personal and the public with equal skill.

“Hers is a unique perspective and an essential voice in the diversity of English language poetry,” she added.

Neil Astley, the founder of Dharker’s UK publisher Bloodaxe, played a big part in introducing her talent to the British readers.

He recalled: “A couple of writers…came across Imtiaz and her work…saying they thought she was a wonderful poet. We did publish her first collection…combining it with her second, Postcards from God.”

Since then, Dharker has published four more books, all self-illustrated, with Bloodaxe.

As a Fellow of the Royal Society of Literature and Poet in Residence at Cambridge University Library, Dharker also reads poetry to GCSE students at the annual Poetry Live!, founded by her late husband Simon Powell.

Young students in the UK are no strangers to her beautiful poems, such as Blessing and Living Space, which are featured in the GCSE and A Level syllabus.

However, most readers in the UK may not be familiar with poems written by minority ethnic poets. A research commissioned by the Arts Councils in 2010 found Asian and Black poets were under-represented in poetry publishing.

Only eight per cent of the poets surveyed had been published by major publishers. Six per cent had their work rejected for being ‘too culturally specific’. 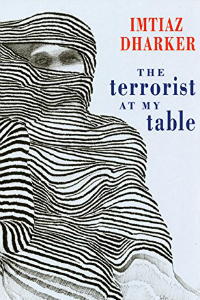 This is why Dharker’s recognition by the British Royal is such an important milestone for both Asian and female poets.

She will be one step closer to achieving the status of other notable winners, such as W.H. Auden and Ted Hughes.

Speaking on being granted with this incredible honour, Dharker said:

“I still can’t quite believe it. My first thought was that I wish my father were alive to hear this…The fact that this is [the Queen’s] medal for poets, an award from her, feels very personal to me.”

Dharker will succeed Scottish poet Douglas Dunn in taking home the medal, which was created in 1933 by George V to recognise excellence in poetry by residents of the UK or the Commonwealth.

Want to know more about Imtiaz Dharker? Read our previous interview with her where she talked about her multicultural identity and shared advice for aspiring writers.

Scarlett is an avid writer and pianist. Originally from Hong Kong, egg tart is her cure for homesickness. She loves music and film, enjoys travelling and watching sports. Her motto is “Take a leap, chase your dream, eat more cream.”
Top 5 Indian Thriller Authors
Imran Qureshi ~ A Gifted Pakistani Artist