5 Must Read Poems by Imtiaz Dharker

Pakistani and English roots of a popular poet Imtiaz Dharker enrich her poetic expression. DESIblitz explores some of her most authentic and impactful pieces of poetry.

Imtiaz reminds us that water is truly a blessing

Besides many other awards, she won the Queen’s Gold Medal for poetry in 2014.

Her poetry collections have been published by Oxford University Press, Penguin India and Bloodaxe Books UK.

Imtiaz Dharker was born in Lahore, Pakistan in 1954, and was raised in Glasgow.

She calls herself a Scottish Muslim Calvinist which gives her poems a dose of underlying conflict that lures us in as paradoxical humans ourselves.

Imtiaz Dharker turned her two completely different cultures into a main source of inspiration. This makes her poetry rich with underlying contradictions of genuine human experiences.

A lot of the poems are an artful expression of her own reality. Imtiaz Dharker’s dual identity and hardships that she underwent reflect in her bold, personal and truthful poetry.

As a British Asian woman, she experienced injustice and oppression, which fueled her poetry.

She generously uses her own experiences to remind and awaken the masses of people about gender injustice in the 21st century.

In her poems, she is trying to empower women and pinpoints the problems of developing countries such as India. For example, a water shortage, which is uniquely expressed in her poem ‘Blessing’.

Her poetry brims with everyday joys and struggles of ordinary people. She uses things, artefacts and nature in the imagery to ground herself and us into her cultural heritage.

DESIblitz presents her five must-read poems with some wonderful imagery and thoughts on gender inequality, freedom, culture and identity.

There are just not enough
straight lines. That
is the problem.
Nothing is flat
or parallel. Beams
balance crookedly on supports
thrust off the vertical.
Nails clutch at open seams.
The whole structure leans dangerously
towards the miraculous.
Into this rough frame,
someone has squeezed
a living space
and even dared to place
these eggs in a wire basket,
fragile curves of white
hung out over the dark edge
of a slanted universe,
gathering the light
into themselves,
as if they were
the bright, thin walls of faith. 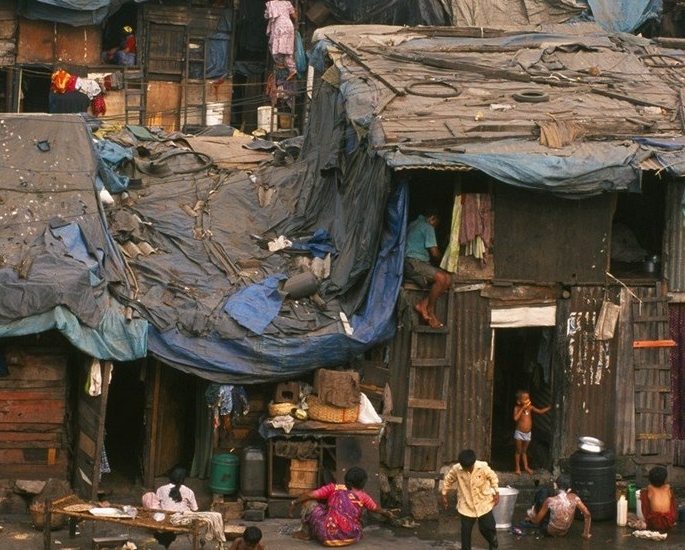 ”Living Space” speaks truthfully about the existence and personal habits of someone living in a Mumbai slum. Small things, such as eggs make their living space intimate and show their faith.

It is brave to leave fragile eggs in such a dirty, unpredictable environment. This metaphor indicates that even in the worst scenarios people are capable of remaining hopeful and strong.

Even though Imtiaz Dharker speaks about serious subjects, she manages to keep a playful, inviting tone that allows us to think about those problems without being put off by their heaviness.

The school-bell is a call to battle,
every step to class, a step into the firing-line.
Here is the target, fine skin at the temple,
cheek still rounded from being fifteen.
Surrendered, surrounded, she
takes the bullet in the head
and walks on. The missile cuts
a pathway in her mind, to an orchard
in full bloom, a field humming under the sun,
its lap open and full of poppies.
This girl has won
the right to be ordinary,
wear bangles to a wedding, paint her fingernails,
go to school. Bullet, she says, you are stupid.
You have failed. You cannot kill a book
or the buzzing in it.
A murmur, a swarm. Behind her, one by one,
the schoolgirls are standing up
to take their places on the front line. 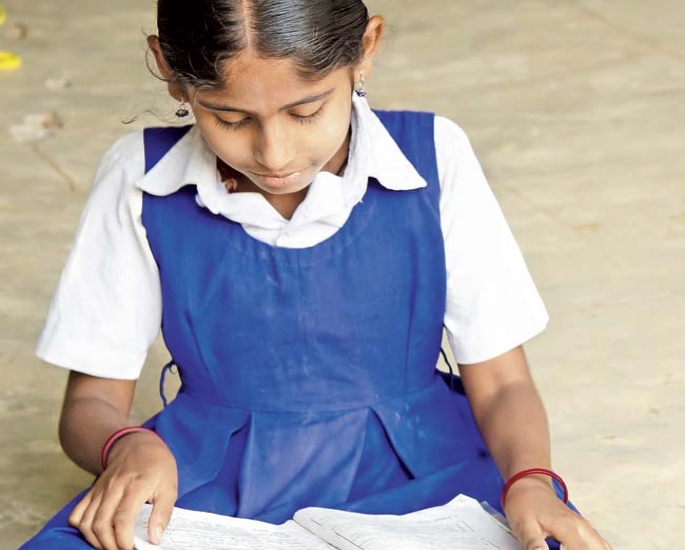 In this poem, Imtiaz Dharker speaks about the sensibility of a girl’s mind and heart and the everlasting psychological consequences of violence on women or anyone else for that matter.

The position of girls and women in the war is very trapping. The sad reality is that they can’t do normal day to day things without fear and threats of the war.

Imtiaz Dharker paints the everyday reality of these girls with verbs such as ‘surrendered’ and ‘surrounded’.

They have to live with a constant heartbreaking awareness of the numerous tragic possibilities and outcomes.

I may raise my child in this man’s house
or that man’s love,
warm her on this one’s smile, wean
her to that one’s wit,
praise or blame at a chosen moment,
in a considered way, say
yes or no, true, false, tomorrow
not today. . .
finally, who will she be
when the choices are made,
when the choosers are dead,
and of the men I love, the teeth are left
chattering with me underground?
just the sum of me
and this or that
other?
Who can she be but, helplessly,
herself? 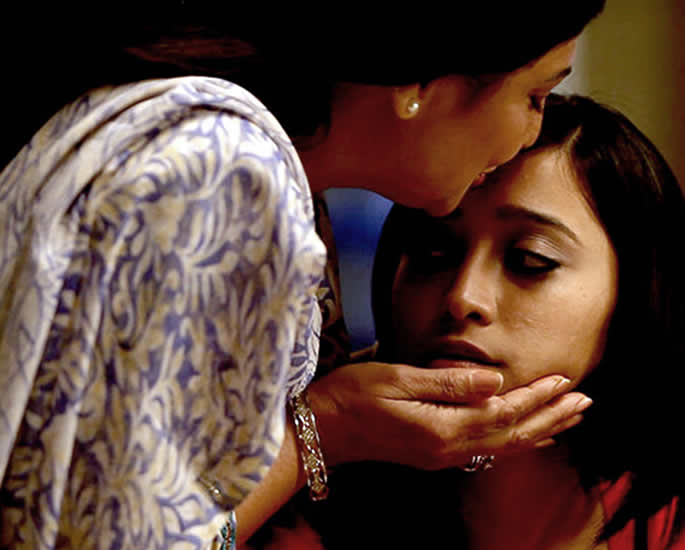 Imtiaz Dharker speaks of herself and her child at the same time. You only get a chance to be happy if you are yourself, in spite of the outside influences.

We are being reminded of the importance of truly being ourselves because even if others want the best for us, it is our task to stay true to ourselves.

This poem talks about the intrinsic roots of identity.

It also speaks of the power of choice and how much everyday choices affect ourselves and our offspring.

The skin cracks like a pod.
There never is enough water.
Imagine the drip of it,
the small splash, echo
in a tin mug,
the voice of a kindly god.
Sometimes, the sudden rush
of fortune. The municipal pipe bursts,
silver crashes to the ground
and the flow has found
a roar of tongues. From the huts,
a congregation: every man woman
child for streets around
butts in, with pots,
brass, copper, aluminium,
plastic buckets,
frantic hands,
and naked children
screaming in the liquid sun,
their highlights polished to perfection,
flashing light,
as the blessing sings
over their small bones. 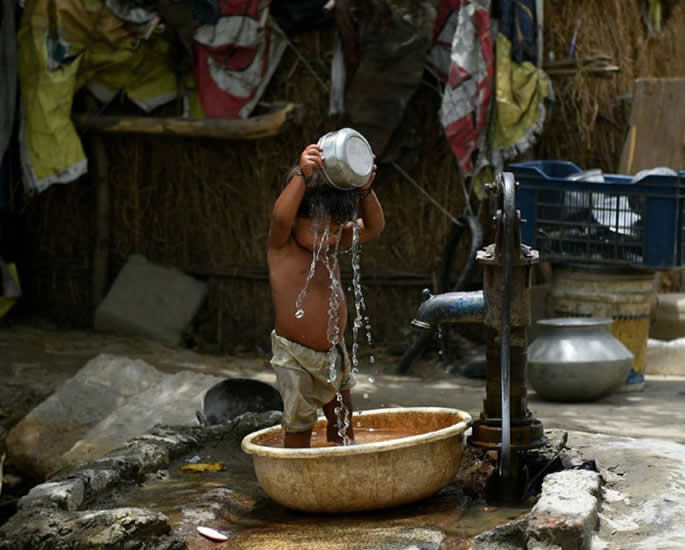 The poem ‘Blessing’ is set in India, Mumbai where water is considered a luxury. Imtiaz Dharker used to work in slums and this poem reflects her experience of it.

In a comparison of water to silver, Imtiaz reminds us that water is truly a blessing. There wouldn’t be life without water.

The sun as a liquid melting all over children’s small bodies is a metaphor for dehydration.

I know this frosted landscape
better than it knows itself, its layers
a busy clock of history, still ticking.
Under my feet I feel the trail of the slug,
the snail, the earth’s deep squirm
around an anklet or an amulet, a broken cup.
Lost, the names of the ones
whose fingers made and used
and threw away these things,
written and rewritten in the calligraphy
of roots. The worm’s heave
and turn delivers messages up,
scribbled in folds of soil and mud, afterthoughts
that grow to trees, trunks with arms,
branches with fingers, twigs with nails,
scratches on air, tear
after tear on a white page.
These names have given their artefacts away
to be sparse as winter. Here I am, they say.
Here and here for you to see,
fingerprinted on the sky. 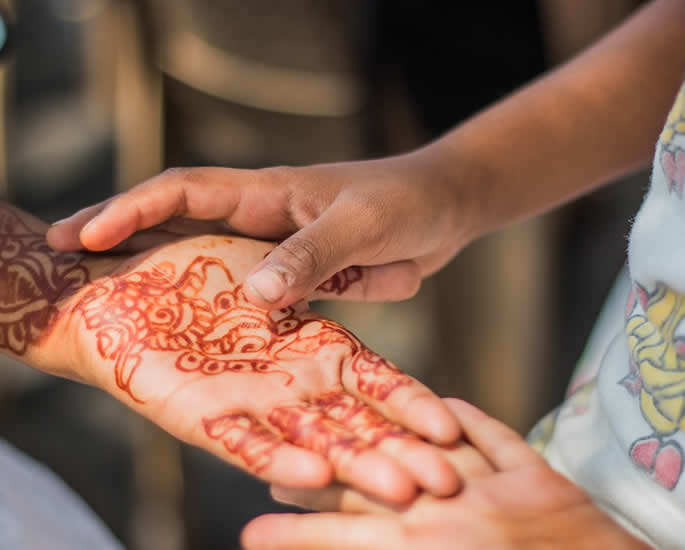 Imtiaz Dharker is telling us that traces of us and our lives in our own culture make us immortal.

A sense of place and landscape in this poem is closely connected to the sense of identity.

Objects and artefacts are fingerprints of our culture.

Identity, landscape and fingerprints are all interconnected.

Even when it comes to changes in our identity, we can always make a full circle and come back to our roots.

Things such as cups or amulets get lost or break, but cultural heritage is stronger than merely objects because it persists through traditions even after deaths of many people.

Even after a natural cycle of change, such as seasons and death, a culture is a strong, everlasting part of all the people belonging to it.

Poetry can connect us to different people, customs of the opposite parts of the world.

Someone’s whole world can become apparent to us in only a couple of stanzas. There lays the power of Imtiaz Dharker’s poetry.

Imtiaz Dharker is proudly showing to us her culture and heritage with great precision of imagery that stays in our minds for a long time.

She doesn’t refrain from unpleasant truths and delivers reality through convincing metaphors.

Lea is a student of English and Creative Writing and is constantly rethinking herself and the world around her through writing and reading poetry and short stories. Her motto is: "Take your first step before you’re ready."
Pakistani Culture: 15 Things You Need to Learn and Know
Suki Chumber and his PR1V4TES Art Project