5 Poems of Shakti Chattopadhyay you Must Read

A popular Bengali poet and writer, Shakti Chattopadhyay has inspired many through his verses. DESIblitz explores some of his best poetry.

There is an unrestricted freedom in Chattopadhyay's poetry

Shakti Chattopadhyay is largely regarded as one of the most important Bengali writers and poets of recent times.

Born in West Bengal in 1933, Shakti Chattopadhyay was around at a time when India’s split from the British Raj reached its apex. His father died at the age of 4 and he was brought up under the strict rule of his maternal grandfather.

Following India’s independence and the creation of East Pakistan, he moved to Calcutta in 1948 to study. It was here that Shakti Chattopadhyay began writing his own magazine.

Heavily influenced by Marxism, Chattopadhyay experienced poverty first hand. In 1956, he moved into a slum with his mother and brother.

Much of Chattopadhyay’s poetry, written in Bengali, touches on fantasy, love and death. He seeks refuge in nature and pastoral elements, even though he spent the majority of his adulthood in the urban landscape of Calcutta.

There is an unrestricted freedom in his poetry. And a rebellious tone in his style, that refuses to conform to poetic conventionalities. 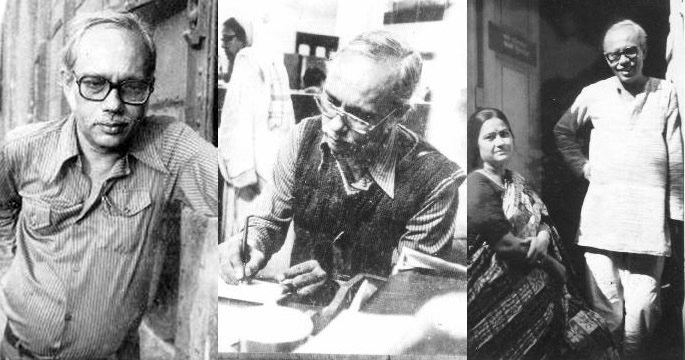 Many call him the best lyrical poet after Rabindranath Tagore. In one interview, the writer explained:

“I do something like auto writings. When I allow my feelings to do anything they like with the lines, the words and the images.”

In 1983, the poet was recognised with the ‘Sahitya Akademi Award’ for outstanding literary achievement in Bengali.

Abani, are you home?

Bolted doors, the neighbourhood sleeps still
All I hear is the knocking of the night
‘Abani, are you home?’

Here it rains all the year round
Like grazing herds the clouds here drift
These green blades of grass look askance
As they choke my door
My heart near-suffused with ache,
Is bound for far away. I fall asleep
To hear again the knocking of the night

A popular Indian name, Abani literally means ‘Earth’. In this poem, the author uses vivid imagery to describe a sleeping neighbourhood. There is a feeling of claustrophobia created by the ‘bolted doors’, ‘grazing herds’ and choking ‘grass blades’.

We get an impression of restlessness as the poet yearns to escape from the stuffy enclosure of society and its norms.

Otherwise Why Should You Be Human

A group of mud-smeared dark boys
Their loin-clothes raised above their knees
Excitedly catching fish, as they plunge into the water
Beside the ankle-high ridge in the middle of the pool.

Over on the other side
Their loin-cloth pouches fill with little jiyal
Their hollow hampers full already
Draining away water from one side of the pool
Into the other half
So they can grab the fish with bare hands.

Before the rains
The earth dry and parched
The naked backs of the boys burning in the sun
Like the outside of earthen pots darkened
In the smoke of burning sawdust
While they desperately pat themselves on the back
With wet mud to bring down the summer heat
Trying hard —
And later
Would come the inevitable rolling in the soft slime
For this was not the time to use the usual
Net-baskets of bamboo.

It’s time now
Simply to run over the lowly varieties of fish
And seize them
And gulp the fish down, fried.
Even if no cooking oil is there.

And if one is lucky to catch any shol
Then, to roast this fish and take these
with a bowl of watered rice-
Enough if there is a little salt to go with it.

In the first rains
As mudskippers wriggle up with whirring noises
And streams rush down from high hillocks
To fill the pools, now clear and pellucid-
Delighted, the small fish rise
Erect with their barbed bodies
Becoming difficult to get a hold on them.

And bristles?
Yes, there are.

As there are ways and ways
Or else life can’t go on.

It is the same everywhere in the world
It has to be caught the right way.

Otherwise it slips through your hands
And isn’t there your loss or gain in this?
But, let things be as they are.

In the eyes of that man behind
One has to reach out for some such example
Of success, struggle or fear-
Otherwise why should you be human?
You could have been a shy mimosa creeper!

This poem recalls a scene of young boys fishing. There appears to be a harmony between man and nature, as the boys adapt their skills and wit to catch the fish with their bare hands.

It becomes a symbolic gesture of how man must make an effort to adapt in order to survive in the world. 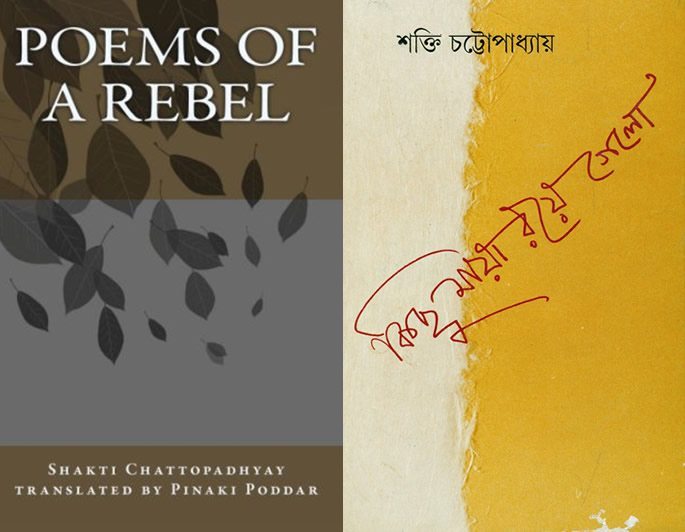 I think it best to turn around…

I think it best to turn around
My hands smeared so black
For so long
Never thought of you, as yours

I could go
I could go either way
But why should I?

I shall kiss my child’s face

I’ll go
But not just yet
Not alone, unseasonably

This poem can take on many layers of meaning. The poet is continually being called in different directions. On one hand, to adventure and excitement, and on the other to death and the end of his life’s journey.

Interestingly, the choice remains in his hands – to live his life how and wherever he chooses.

You are safe now…

You are safe now, death can no longer threaten you
It won’t cast a long shadow on the distance at your door
Won’t break your bones, your home – this ascetic world now
Will do nothing that bears the sinful touch of humankind
Because it was there you tried to provide whatever there was not
The fullness of the goat and the echo of emptiness were yours alone
Whatever was spartan was intense in the stone when it existed
In beauty and in heart, in your wayward manic soul
Trust and fear lived together – once troubled, Bengal is reassured
No one else is there now to torment with lightning whiplashes
This mediocrity, this wealth, this satisfaction within people
You have left, audacity has departed, humility has arrived
You languish like burnt stones here by our side in Bengal,
Ritwik, for you the insignificant poet cries in grief

In this poem, there is a sense that the poet has come to terms with the fragility of life and has made his peace with it. Life’s tribulations, love for material wealth, and the fear of death no longer haunt him. 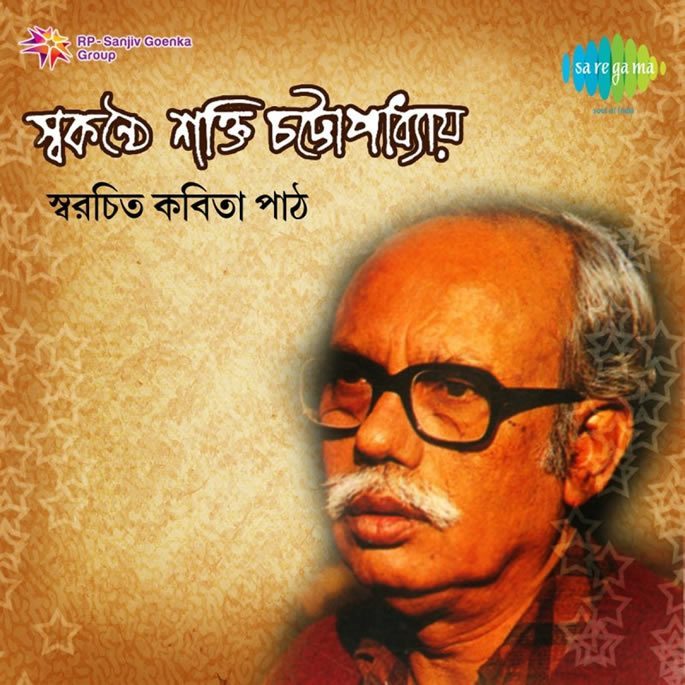 Did you, in the garden, take my hand?

The beautiful poem touches on the wonder and excitement that comes from being in love. The poet believes that anything is possible.

Shakti Chattopadhyay was often described as a bohemian character. In the early days, he spent much of his time under the influence of alcohol and was known to be a wayward.

There is a notable restlessness that exudes from his poetry. Eventually, his drunken behaviour calmed and the poet became obsessed with death.

Even though he eventually passed in 1995, Chattopadhyay’s poetic thought lives on in future generations.

He inspires many young individuals to seek out their own path by embracing unconventionality. And to this day, Shakti Chattopadhyay is seen as an incredibly popular Bengali poet.

Aisha is an editor and a creative writer. Her passions include music, theatre, art and reading. Her motto is “Life is too short, so eat dessert first!”
Girl Zero by A. A. Dhand ~ A Compelling Crime Thriller
Desibition showcases South Asian Youth in Saffiyah Khan’s First Exhibition