Choreographer Shakti Mohan is all set to collaborate on a wedding-themed song with West Indies cricketer turned musician, Dwayne Bravo.

the ultimate wedding anthem of the year.

Dancer and choreographer, Shakti Mohan has recently collaborated with West Indian cricketer and musician Dwayne Bravo for an upcoming song.

Shakti left her fans disheartened when she pulled out of her role as a judge on the Star Plus reality show, Dance Plus 5.

On the show, choreographers Punit J Pathak, Shakti Mohan and Dharmesh Yelande coach their teams. Their respective teams are then judged by Remo D’Souza.

Yet for season 5 of the dance show, Shakti has given up her seat on the judging panel.

According to Times of India, a source reportedly stated that Shakti did not want to be a part of the show because her teams have previously not won. The source claimed:

“In the past, the other two captains Dharmesh and Punit have won the show, but Shakti’s teams have not been able to win any of the seasons.”

Despite this speculation, Remo stated date issues as the reason behind Shakti’s exit. He said:

“Yes, I did have a few meetings with Shakti and we were in talks to have her on board, but there were some date issues and therefore, she could not start shooting on the required dates.

“I don’t think Shakti has any other issues with the team.” 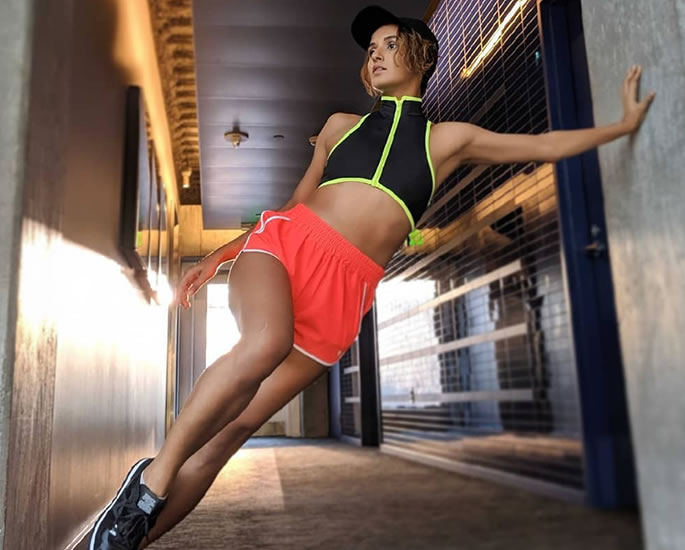 Even though Shakti will not be appearing on our screens as a judge, it appears she has greater plans in store.

News of her collaboration with former West Indies cricket captain, Dwayne Bravo, has got everyone excited.

Dwayne Bravo’s first music single, ‘Champion’ was a mega-hit as it broke all the records and gained immense popularity.

Since then, Dwayne went on to release other singles, which also garnered him success. As a result of these successive hits, Dwayne has become an appreciated music figure.

He is all set to work with Shakti Mohan on a wedding-themed music video.

The song titled, ‘The Chamiya Song,’ has been written by Anurag Bhomia and composed by Gaurav Dagaonkar.

‘The Chamiya Song’ will be Dwayne Bravo’s debut at a Bollywood-style song.

He will be seen putting his Hindi and Punjabi speaking abilities to use as he sings and raps in the two respective languages.

The song is being promoted as the ultimate wedding anthem of the year.

Do you think it will be the next big song played at weddings?

Ayesha is an English graduate with an aesthetic eye. Her fascination lies in sports, fashion and beauty. Also, she does not shy away from controversial subjects. Her motto is: “no two days are the same, that is what makes life worth living.”
12 Best Bappi Lahiri Songs That Rocked Bollywood
Samia Malik Tour 2019: A Grand Success in Birmingham