Poet and philosopher, Rabindranath Tagore, has left a lasting literary legacy. To celebrate this incredible South Asian figure, DESIblitz looks at some of his best poetic verses.

Freedom is the soul of every country, community and civilisation.

Born in 1861 Calcutta, India, the legendary writer and poetic philosopher, Rabindranath Tagore won the Nobel Prize for Literature in 1913. He was the first non-European to receive such an honour.

With an extraordinary repertoire, showcasing an incredible combination of talents, Tagore was way ahead his time.

Tagore’s Gitanjali: An Anthology of Poems is a celebrated gift of labour to the whole of humanity.

In his late sixties, Tagore became fascinated with the visual arts, creating 2,500 paintings and drawings before his death.

In addition, his lyrical compositions were chosen by two nations as their national anthems: India’s ‘Jana Gana Mana’ and Bangladesh’s ‘Amar Shonar Bangla’.

Sri Lanka’s national anthem, ‘Namo Namo Matha’ was both written and composed by Tagore. He did it at the request of his favourite Sri Lankan student at Santiniketan, Ananda Samarkun, who later translated the lyrics into Sinhala.

DESIblitz brings you the best five poems out of the treasure collection of literature of this unsurpassed literary genius. 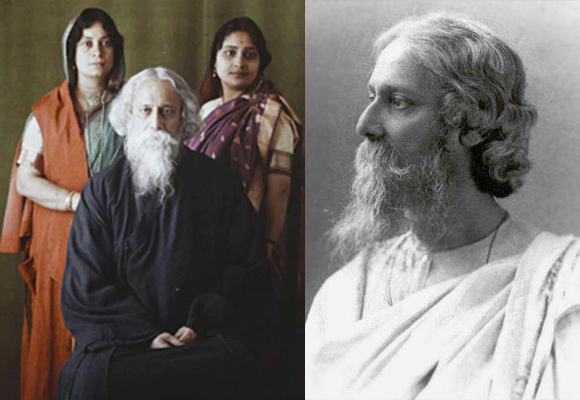 1. ‘Where the Mind is Without Fear’

Where the mind is without fear and the head is held high;
Where knowledge is free;
Where the world has not been broken up into fragments by narrow domestic walls;
Where words come out from the depth of truth;
Where tireless striving stretches its arms towards perfection:
Where the clear stream of reason has not lost its way into the dreary desert sand of dead habit;
Where the mind is lead forward by thee into ever-widening thought and action–
Into that heaven of freedom, my Father, let my country awake.


The superlative poem, titled ‘Where the Mind is Without Fear’, talks about the boundless power of human knowledge, valour of standing by the truth, and the essence of true freedom.

Leave this chanting and singing and telling of beads!
Whom dost thou worship in this lonely dark corner of a temple with doors all shut?
Open thine eyes and see thy God is not before thee!
He is there where the tiller is tilling the hard ground
and where the pathmaker is breaking stones.
He is with them in sun and in shower,
and his garment is covered with dust.
Put off thy holy mantle and even like him come down on the dusty soil!


The poem ‘Leave This’ addresses the hypocrisy within our hearts in the name of religion. In our pursuit of God, we truly seem to be running away from Him. 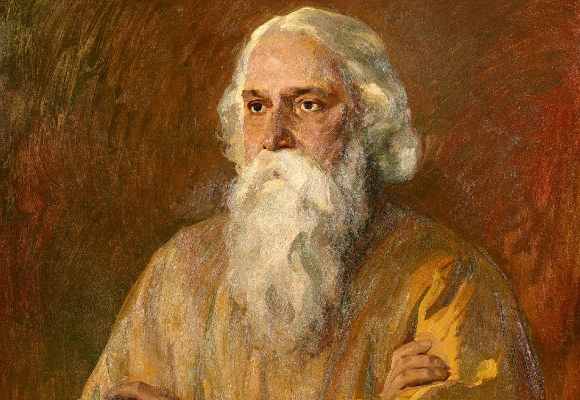 This exquisite piece of poetry, ‘Let Me Not Forget’ expresses the melancholic emptiness behind missing the beloved. The lines are beautiful yet they carry spasms of distress. 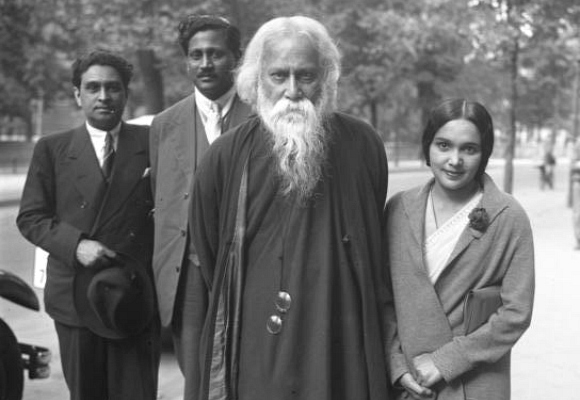 I know that the day will come
when my sight of this earth shall be lost,
and life will take its leave in silence,
drawing the last curtain over my eyes.
Yet stars will watch at night,
and morning rise as before,
and hours heave like sea waves casting up pleasures and pains.
When I think of this end of my moments,
the barrier of the moments breaks
and I see by the light of death
thy world with its careless treasures.
Rare is its lowliest seat,
rare is its meanest of lives.
Things that I longed for in vain
and things that I got
—let them pass.
Let me but truly possess
the things that I ever spurned
and overlooked.

The ‘Last Curtain’ converses about the vulnerability one feels at the time of death.

The actual treasures one can take to the grave are none but his deeds of good.

The unrivalled poem conveys the message that what matters more at death, are the things that are least considered by man. 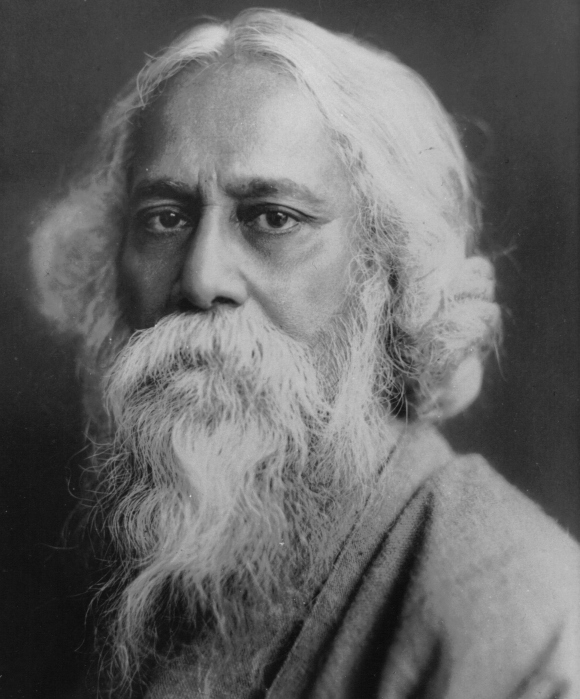 Freedom from fear is the freedom
I claim for you my motherland!
Freedom from the burden of the ages, bending your head,
breaking your back, blinding your eyes to the beckoning
call of the future;
Freedom from the shackles of slumber wherewith
you fasten yourself in night’s stillness,
mistrusting the star that speaks of truth’s adventurous paths;
freedom from the anarchy of destiny
whole sails are weakly yielded to the blind uncertain winds,
and the helm to a hand ever rigid and cold as death.
Freedom from the insult of dwelling in a puppet’s world,
where movements are started through brainless wires,
repeated through mindless habits,
where figures wait with patience and obedience for the
master of show,
to be stirred into a mimicry of life.

Freedom is the soul of every country, community and civilisation. Tagore’s poem, ‘Freedom’, seems to be penned exclusively for the independence struggle of India.

It matches up with every battle a person struggles with for both freedom and autonomy from oppression and control.

He lives among us even to this day through his works of eloquent, poetic prose and his comprehension of the human psychology.

Shameela is a creative journalist, researcher and published author from Sri Lanka. holding a Masters in Journalism and a Masters in Sociology, she's reading for her MPhil. An aficionado of Arts and Literature, she loves Rumi's quote “Stop acting so small. You are the universe in ecstatic motion.”
Whose Sari Now? By Rani Moorthy
5 Best Poems of Allama Iqbal