Whose Sari Now? By Rani Moorthy

Rani Moorthy presents Whose Sari Now? in association with Rasa Productions. Directed by Kimberly Sykes, the play touches on the individual and complex relationship that South Asian women have with the beautiful and historic sari.

"It’s a strip of cloth, and you drape it in all these innovative ways that are powerful."

Whose Sari Now? is the first of a trilogy by the Sri Lankan Tamil actress who grew up in Malaysia.

Rani examines the varying perceptions of the historical Indian sari, something she believes holds an extraordinarily complicated status among South Asian women.

In an exclusive Gupshup with DESIblitz, Rani tells us more: “The sari featured very heavily in my life, right from the word, ‘Go’.

“There was the everyday sari, the working sari, the sari you go on public transport with, and then saris you wore for special occasions.

“In a way it was a manifestation of the identity, but also it was a way of feeling different from everybody else.”

The attire, and the way it is draped poses many complications for South Asian women:

“I find this garment is at once celebratory [and] complicated by issues of caste, social status, patriarchy; to be objectified in a way that wasn’t always comfortable.” 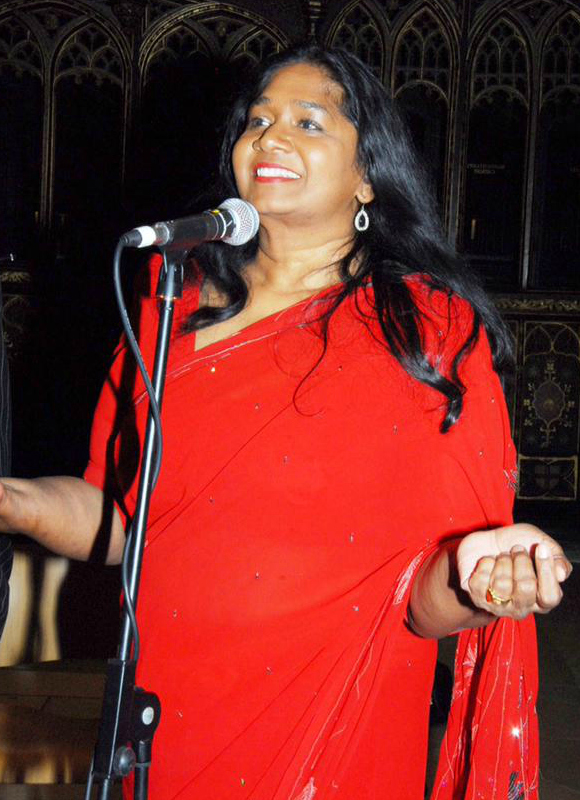 In her play, Rani wishes to explore what the sari means to those Asians living outside of their homelands. In this lieu, it follows the individual experiences of five separate characters, all played by Rani herself.

Her first character is a 70-year-old woman living in Britain. Drawing towards the end of her life, she has no one to bequeath her saris to. In this predicament, she asks the audience directly, ‘Well, maybe I’ll just give it to you’:

“Older women are absolutely the funniest people I know. They spend their whole live dutiful and following everybody’s direction and they get to a point where they don’t care anymore.

“They are liberated from all the boring things of their community and society, and they are able to be quite free about their feelings.”

Rani also plays a transgender hip-hop artist, whose White girlfriend wishes for a Bollywood-esque sari. Rani has written the piece entirely in verse and performs it as a rap.

Next up is a Tamil weaver from a ‘lower’ caste. An expert in creating beautiful saris like works of art, she comments on how will never be able to wear them because of her low status. Instead she invites a member of the audience to try it on instead. 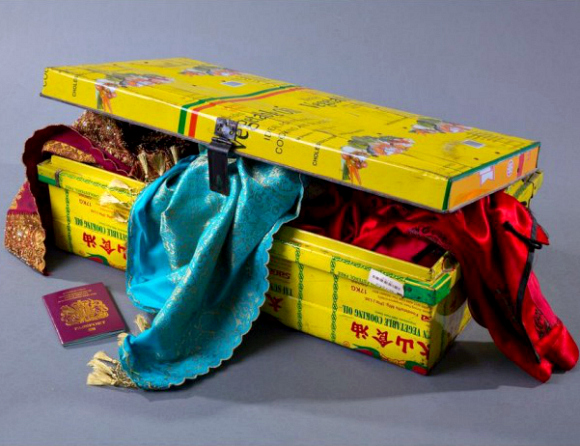 Her fourth character is an art expert at a museum, Rani believes very much like herself. She is ignored by her bosses because of racial politics, and it is only when there is a Bollywood sari exhibition to curate, that her insight is needed.

The fifth character is a pregnant woman with only her wedding sari in her possession:

“She gives birth in the war zone in Sri Lanka, and she’s got all the hopes and wonderful dreams of somebody who is pregnant but doesn’t allow the circumstances of what’s going on around her [to affect her].”

So is the sari becoming a lost tradition among British Asians?

“I think so, I think that was one of the reasons that prompted me to write this,” Rani admits.

For Rani, saris have disappeared from public life as migrants who first moved to Britain are beginning to age. Now you will only see a sari in a communal context, such as at weddings. This is not only in Britain, but India too:

“It’s becoming more like a costume, basically in Britain, it’s more like a couture item … rather than a wonderful, liberating garment that you can climb trees in or give birth in. 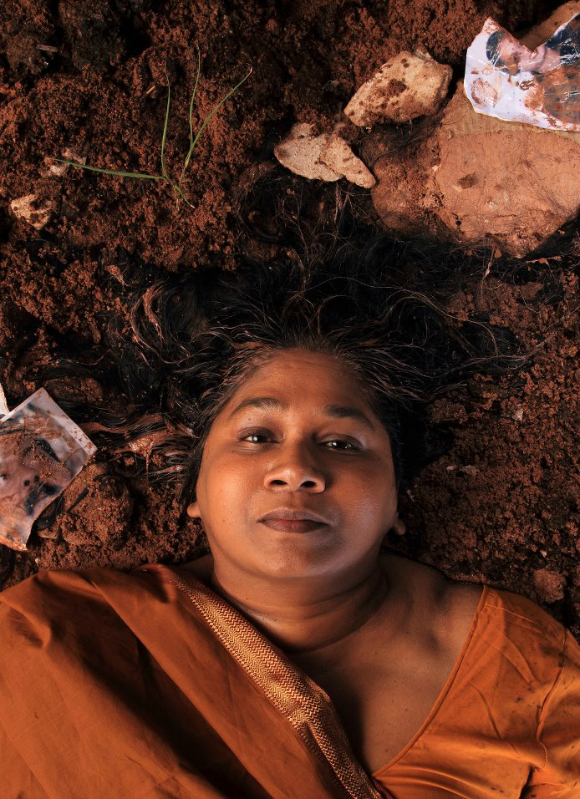 “It’s so empowering actually, and for a larger size woman, to have something that isn’t taken by a size number was such a liberating thing for me, and that is what I want to examine in this play.

“I never thought of it as a powerful emblem and symbol of the best that the human body and mind can offer. It’s a strip of cloth, and you drape it in all these innovative ways that are powerful.

“It’s actually allowing you to ride a bicycle. It’s not a corset, it’s not a Victorian garment that is going to hinder you.”

Despite its versatility, the sari is rapidly falling out of public life. Not many women would choose to wear the garment in a business meeting for instance. But Rani believes there is no reason why this should be the case:

“I used to wear it in business meetings. It is a kind of a power dressing, it’s all in the attitude.

A Sari Tale from Rasa Productions on Vimeo.

Rani admits it is newer generations that have appropriated the sari to be something that is confined to tradition only, rather than be an empowering or even practical item.

Issues of self-consciousness and ‘othering’ are some of the reasons why Rani chose to write this play, having experienced it herself.

Part of this also relates to the role and status of South Asian women in society. But luckily Britain has opened the doors towards progression:

“We’re in such a privileged situation here. We’ve not been held back in terms of education and rights,” Rani says.

“However, at the level of home, community and family … we are still grappling with so much more, we tend not feel that sense of entitlement so easily. 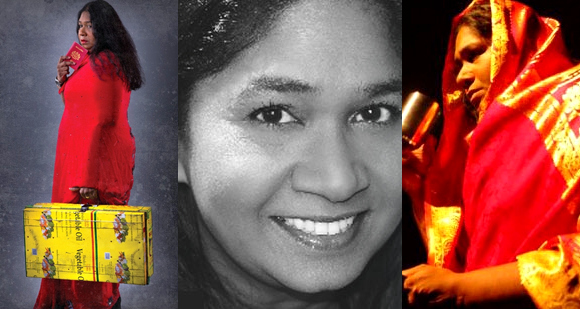 “We hold the izzat of the family. We have the responsibility of bringing honour or shame or dishonour for us, and that comes from mythology, it comes from thousands of years of that kind of conditioning.

“Until you investigate and go and ask the right questions, approach them carefully, there are areas in life, where I feel we haven’t [progressed], and every generation seems to have new battles.”

For Rani then, this is precisely why art is so important:

“I wish more Asians come to see work where we are trying to investigate and ask those bigger questions of ourselves.

“The sign of maturity of a community comes from being able to not just laugh at ourselves, but also look at ourselves and ask the bigger questions.”

“This is the reason I write what I write.”

And these darker truths are things that Rani hopes audiences will take away from the play – to understand how socially-politically deep the sari actually is: “I hope they will see the sari in a very different way.

“We as a community are holding it up as a scared, exotic garment that can only be used for weddings and occasions. We are mystifying it unnecessarily.”

But despite these serious undertones of the play, Rani promises that audiences can enjoy sprinklings of humour and wit, in trademark Moorthy style. Viewers are also encouraged to wear or bring their own saris to performances.

Whose Sari Now? will tour in London, Salford and Leicester from Thursday 12th November, 2015, with a special scratch performance and panel discussion on Friday 16th October, 2015, at King’s College London.

Aisha is an editor and a creative writer. Her passions include music, theatre, art and reading. Her motto is “Life is too short, so eat dessert first!”
The Singh Twins in The Face of Britain
5 Best Poems of Rabindranath Tagore