10 Best Urdu Poets whose Poetry you Must Read

There have been a number of Urdu poets who have gained huge recognition through their work and unique styles. We look at ten of the best.

His poems reflected the nature of society in Europe.

Urdu poets and their poetry have gained recognition for the range of styles that are showcased in their work.

It is a rich tradition of poetry and has many forms which contrast in structure as well as the themes which are covered.

Urdu poetry is fundamentally performative and its recital is sometimes impromptu. There is also a singing aspect which has undergone many changes over the years, but its popularity remains the same.

Its popularity is not only down to a rhythmic flow but the poets who are responsible for creating them.

They have played their part before and after Partition. Following Partition in 1947, they were divided across India and Pakistan. However, Urdu poetry thrived.

The works made people realise the bitter truths of reality that they were facing at that time.

Some famous poets include Allama Muhammad Iqbal, Jaun Elia among others. All have made an impact on their work and we will look at them in more detail. 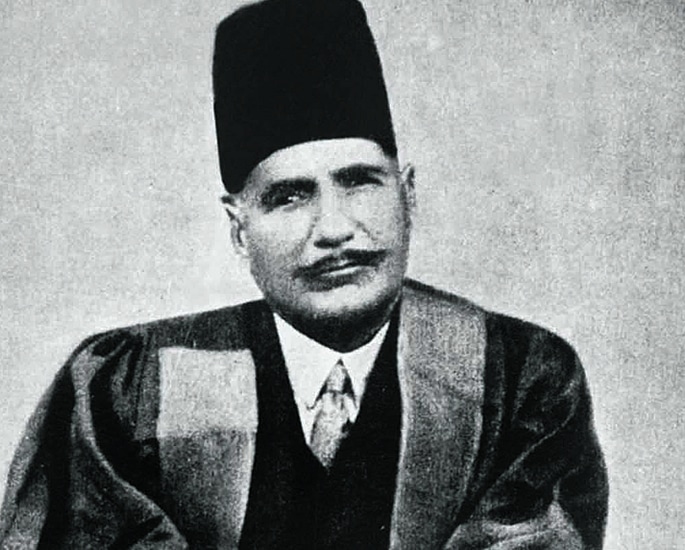 Allama Muhammad Iqbal is widely considered to be one of the most important figures in Urdu poetry.

Muhammad Iqbal was known as Allama Iqbal and was a great philosopher and poet in British India.

While he was known for many things, it was his literary work in Urdu which gained the most attention.

Iqbal’s poetry was written during three distinct phases of his life. During each phase, his poems had different meanings.

Poems which were written up to 1905 highlighted patriotism and the imagery of nature. It was also the year he left for England in order to pursue higher education.

Iqbal’s second phase was between 1905 and 1908, during his time studying in Europe. His poems reflected the nature of society in Europe. He emphasised that it had lost its spiritual values.

This phase inspired him to write poetry based on the cultural heritage of the Pakistani community, with a global perspective.

The Bal-e-Jibril (Wings of Gabriel) was published in 1935 and considered to be one of his finest works.

It was inspired by his visit to Spain, where visited the monuments within the kingdom of the Moors. His poetry was necessary to read because he made people examine their own thoughts and feelings. 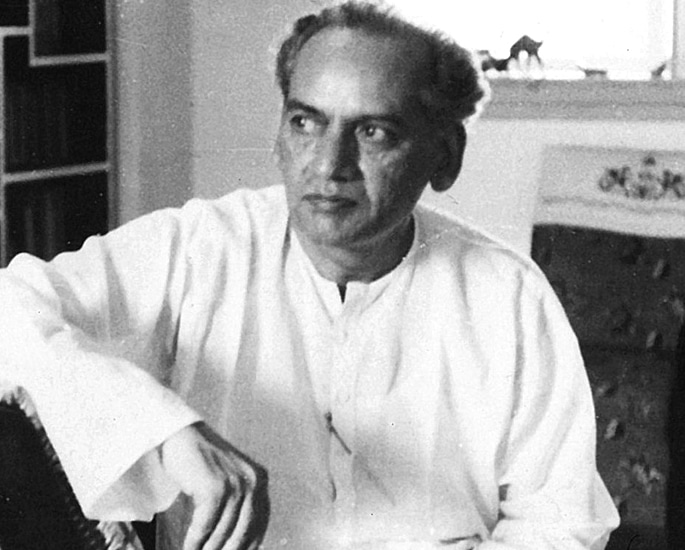 Faiz Ahmed Faiz was a revolutionary Pakistani poet who became one of the most celebrated writers of the Urdu language.

During his lifetime, Faiz published eight books and received accolades for his works. His lyrical poetry became popular in India and the Soviet Union.

Although he lived a simple life, Faiz’s work and poetry is renowned and has been called the “greatest poet” of Pakistan.

His work was influenced by Allama Iqbal and Mirza Ghalib, combining the modern Urdu with the classical.

During his life, Faiz used Urdu poetry to highlight the cause and expansion of socialism in Pakistan.

His notable works include Dast-e-Subha, Naqshe-e-Firyadi, and Mere Dil Mere Musafir. Pakistani singers to this day still sing his poems such as Dasht-e-Tanhai which gives delight.

Faiz’s work as a poet was internationally recognised. In 1962, he became the first Asian poet to receive the Lenin Peace Prize, awarded by the Soviet Union.

He was awarded the Lotus Prize for Literature in 1976 and was also nominated for the Noble Prize shortly before his death in 1984.

Faiz is considered a pioneer within Urdu poetry and modern poets can take inspiration from him. 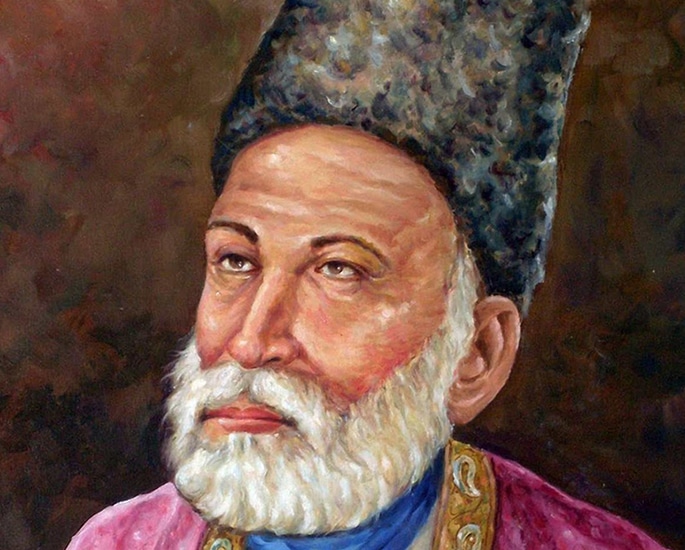 Mirza Ghalib wrote Urdu and Persian poetry during the final years of the Mughal Empire.

Many of his poems are ghazals which are typically themed around love and features an intricate rhyming scheme.

Ghalib’s poems are still remembered today. They have been interpreted and sung in various ways by different people.

He is recognised as the last great poet of the Mughal Era and is one of the most influential poets of the Urdu and Persian languages.

In many of Ghalib’s verses, he speaks about a lover, though the identity and gender remain unknown.

Writer Shamsur Rahman Faruqui explained that the lack of identity presents an “idea” of a lover rather than an actual lover. It, therefore, frees the poet-protagonist-lover from the demands of realism.

One should read Ghalib’s poetry because it gives a euphemistic effect that is generated by the metaphors used by him.

Ghalib still remains popular among Indian people around the world, even after 150 years since his death. 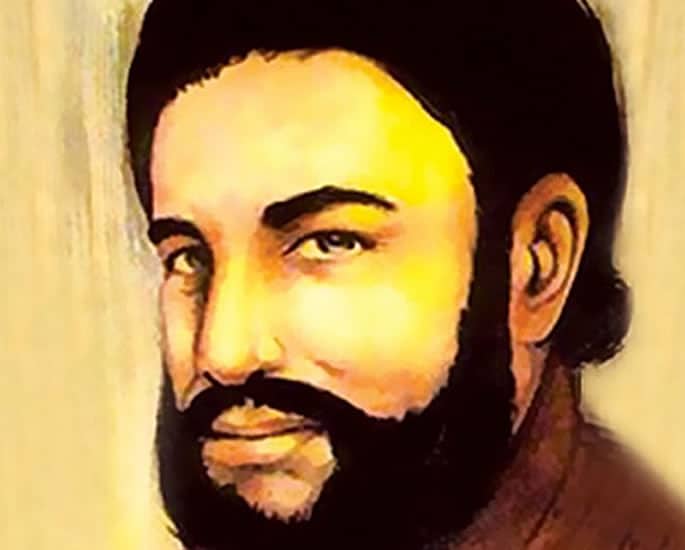 Mir Taqi Mir was the leading Urdu poet of the 18th Century, and a pioneer when it came to the development of the Urdu language.

Mir lived during the Mughal Era when Urdu poetry was at a formative stage. His instinctive sense helped him strike a balance between the indigenous expression and modern enrichment from Persian imagery.

He was able to create the new elite language known as Rekhta or Hindui.

Mir has written tragedies, comedies and romantic poetry and his most fascinating works include Deewan-e-Meer, which is available in every part of the world.

Mir’s poems mainly feature the theme of love which was showcased in an elegant way. This would help future generations of poets.

The poet has been compared to Mirza Ghalib, who both base their poetry on romance. There has been a debate as to who was the best.

But Ghalib showed his respect for Mir within some of his poem couplets. He stated that Mir is a genius who deserved to be respected.

The appreciation from one poet to another establishes Mir as one of the most famous Urdu poets. 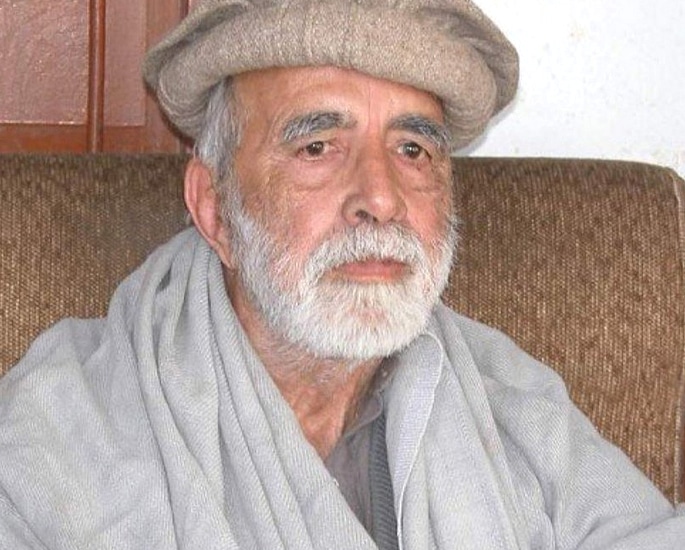 Ajmal Khattak was a reformist and innovative poet who played a political role before and after Partition in 1947.

As a student, he actively protested against the British Raj, however, after Partition, Khattak joined the National Awami Party.

His outstanding works are found in both Pashto and Urdu language. These include Jalwatan ki Shairee, Da Wakht Chaga and Pukhtana Shora. In total, Khattak wrote 13 books.

Much of Khattak’s work was about political aspects in society. He explained the political efforts, social problems, the social structure and wealth distributed among society.

While he is best known as a politician, Khattak’s work is prominent following his death in 2010.

His work became a matter of interest in 2009 by the South Asian Studies Department at the University of Pennsylvania. They translated his work into English.

Khattak’s work as a poet was recognised in 2006 when the government told him about the Sitara-i-Imtiaz that was being awarded to him. However, he refused. 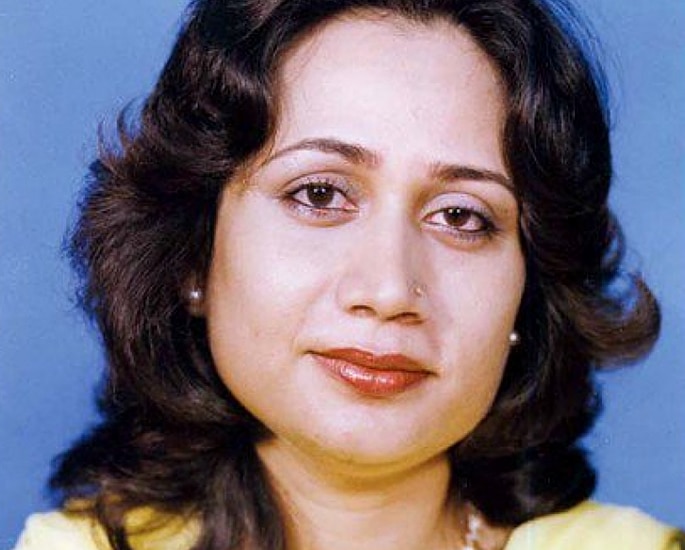 Parveen Shakir is one of the most accomplished Urdu poets who began writing at an early age and published her first collection of poetry at age 24.

She incorporated two forms of poetry in her work, ghazal and free verse. She has written about betrayal, love and devotion.

In her works about romance, Shakir explored the concepts of love, beauty and their contradictions. She used a lot of metaphors and similes when exploring the theme.

Arguably, Shakir was the first female poet to use the word ‘larki’ (girl). In a male-dominated area, the word is used when referring to a lover.

Her work was bold, but it was well-received as she was awarded the Pride of Performance in 1976 for her contribution to literature.

Shakir’s untimely death at the age of 42 was a great loss to the Urdu poetry world, but her legacy lives on. She is considered to be one of the best modern Urdu poets ever. 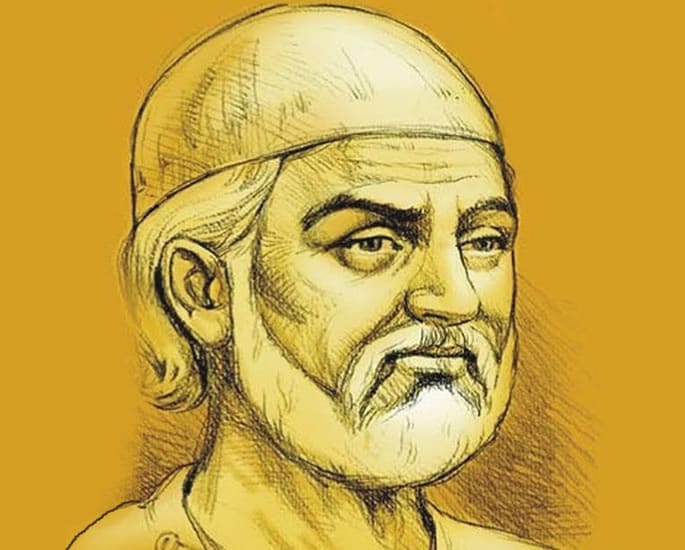 Khwaja Mir Dard was a Sufi who was respected by the royals and noble people.

One of his main interests was music, both vocal and instrumental and he held many gatherings which were dedicated to music. As a result, Dard mastered the art.

He was also a master in the Arabic, Persian and Urdu languages which led him towards poetry. The tone of his poetic expression was helped by his expertise in music.

Dard’s poems were mystical and became renowned for this style as they were effortlessly expressed and direct.

He considered poetry to be an inspired speech directed at humans and the divine.

It was a passion which made him an advocate for poetry and considered it to be just one talent among many for mankind.

His style made readers think about social problems but it was his passion for the art which has made Dard one of the most famous Urdu poets. 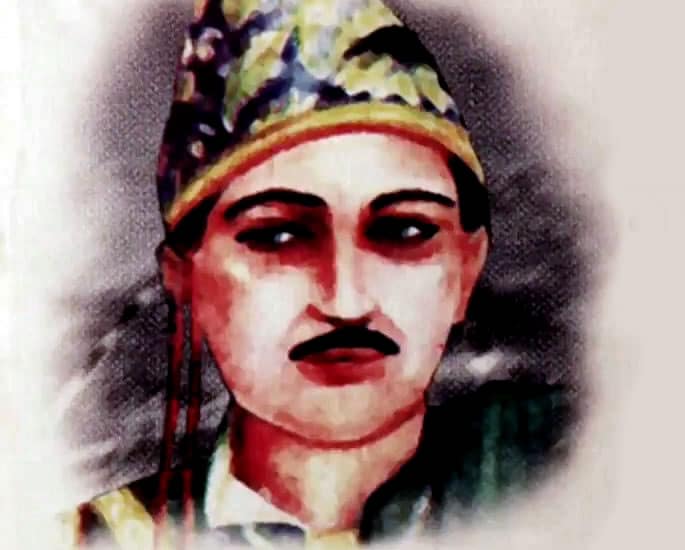 Nazeer Akbarabadi’s work as an Urdu poet has seen him referred to as the “Father of Nazm”.

It is believed that Nazeer’s poetry had about 200,000 verses but a lot of it was destroyed and only 6,000 verses are available in printed form.

Akbarabadi used many words within his poetry which highlighted the difficulties experienced by the common people during their daily lives.

It became very popular as he did not talk about higher social classes. However, this unique aspect of Urdu poetry was not recognised until much later.

His most common poetry form was Ghazal as he had written around 600, but it is his Nazms which are admired.

They reflected the daily lives of common people during times of happiness. Social events such as Diwali were showcased in his poems.

One of Akbarabadi’s most famous works is ‘Banjaranama’ which captured the reader’s imagination.

He highlights that pride in worldly success is foolish as circumstances can change instantly.

Akbarabadi’s work is still recognised and the themes he covers make it clear that he was a “People’s Poet”. 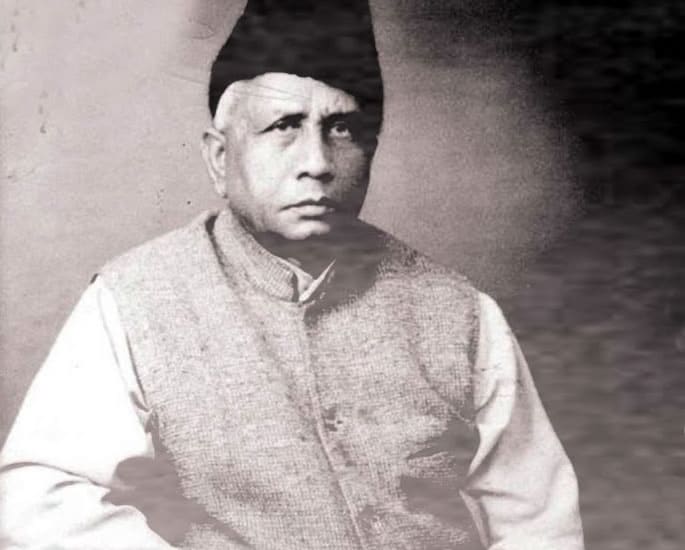 Ehsan Danish had a style of poetry which was simple but revolutionary.

The Kandhla, Uttar Pradesh-born poet wrote romantic poetry at the start of his career but his writing gradually targeted the labourers.

This change in style saw Danish called “Ša ir-e Mazdur” (Poet of the workmen) by his audience.

Danish inspired their feelings as his poetry plays a prominent role in controlling the masses and twisting their thoughts into refined ideas.

This style of poetry makes him one of the best Urdu poets of all time, however, much of his work remains unpublished.

It is unknown if Danish’s unpublished works maintained the same poetic style. 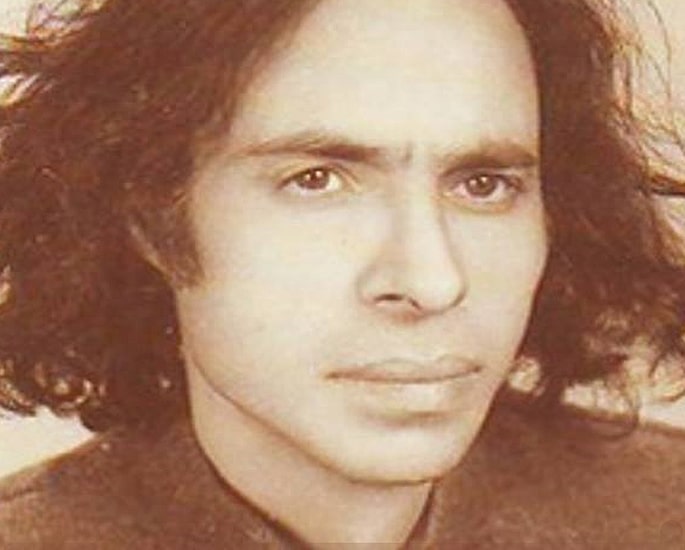 Jaun Elia was not just an Urdu poet. He was also a biographer, philosopher and scholar.

He was one of Pakistan’s most prominent poets despite not publishing his first collection of poetry until he was 60.

His first collection is one of his best works. ‘Shayad’ was published in 1991 and it highlighted an in-depth look at his ideas about culture.

It was considered to be a great example of the modern Urdu writing style.

Elia talks about love and its destruction. He explicitly makes the reader aware of the destruction of love as a result of his actions.

This unconventional theme is one of many by Elia which has made him popular.

His work showcased his extensive knowledge of philosophy, logic and Western literature among many others.

Several collections have published after his death, but it is his first one which makes Jaun Elia one of the most respected Urdu poets of the 20th century.

These poets have become famous for their use of the Urdu language within their work.

Urdu poetry is fairly rhythmic and these poets use this style to address wider messages to readers.

Many from the era of the Mughals have acted as an inspiration for modern Urdu poets to combine with their own style to create an updated version of the poetry.

The ten poets are unique to one another in terms of the work they have produced and this is why they have become renowned for what they do.

Sadia is an ambitious writer with interests in poetry and culture. She has a distinct interest in traditions and heritage. Her motto is "Write what should not be forgotten." by Isabel Allende.
8 Sculptures that are Popular in Bangladesh
Garden of Bullets: Massacre at Jallianwala Bagh by Saurav Dutt