Romance is one of Pakistan’s favourite genres when it comes to reading novels. Here are some of the best romantic Urdu novels you must read.

The book is about the intervening lives of two people.

There are many romantic Urdu novels who have made people emotionally and psychologically aware of the bitter truths of life.

Whether it is literature or film, romance has been a favourite for the people of Pakistan for a long time.

When talking about Urdu novels, Pakistan has produced many great writers whose work showcases great versatility and depth.

These novels have made people highlights physical love as well as spiritual love.

Some novelists who are recognised for their work within the romance genre include Umera Ahmed, Farhat Ishtiaq and Sehar Sajid among others.

They have written very romantic Urdu novels using a number of creative ways to explore one theme which is love.

As a result, some of their work has been hailed as some of the best romantic Urdu novels.

We explore 15 of the best romantic Urdu novels in more detail which are a must read and what their stories are about. 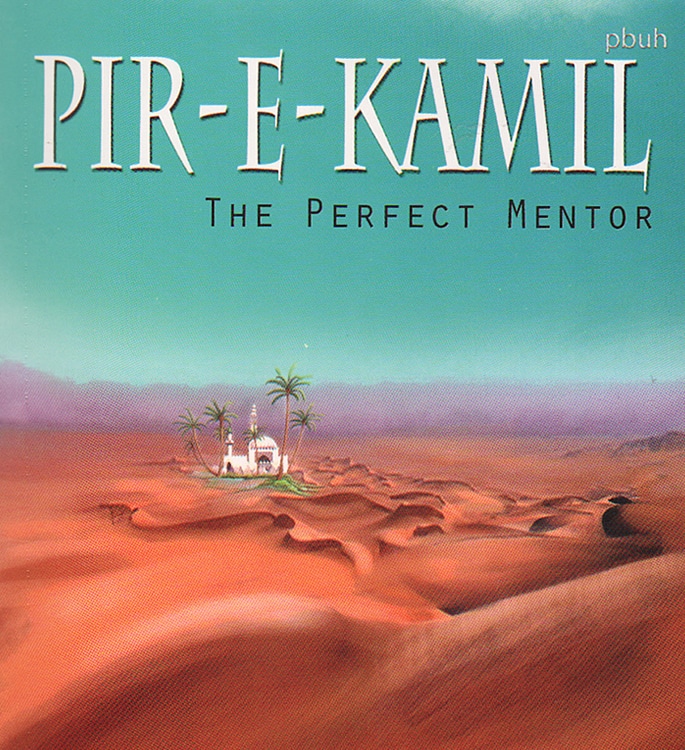 Pir-E-Kamil translates to The Perfect Mentor and is written by Umera Ahmed, one of the most popular Urdu novelists.

Apart from the romantic genre, Ahmed has been able to write about multiple topics and genres.

The book is about the intervening lives of two people. One is a runaway girl named Imama Hashim and the other is a boy named Salar Sikander with an IQ over 150.

The story spans around 10 years and it is a journey of two unhappy souls who end up marrying each other.

It contains the romantic, social elements along with moral reforming. The reader experiences how divine love can help you get through different problems. 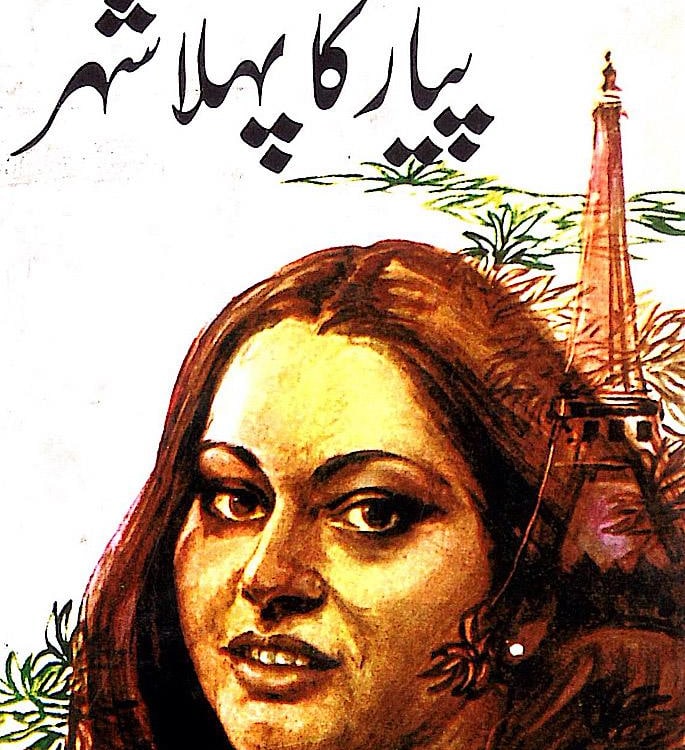 The book is one of the more interesting romantic novels as it is about pure and innocent love, which makes it on our best Urdu novel list.

It is a story about Pakistani tourist Sunan who goes to France and meets Paskal, a disabled yet beautiful young lady.

Paskal seems to feel inferior as a result of her disability, but, Sunan spends time with her and helps her get back to normal life.

They spend time together and soon they both realise that they are in love with each other.

Hussain tries to nullify the idea of physical love in this work of art. Along with love, he has described the history of Paris. Readers can enjoy aesthetically and spiritually by taking in the novel. 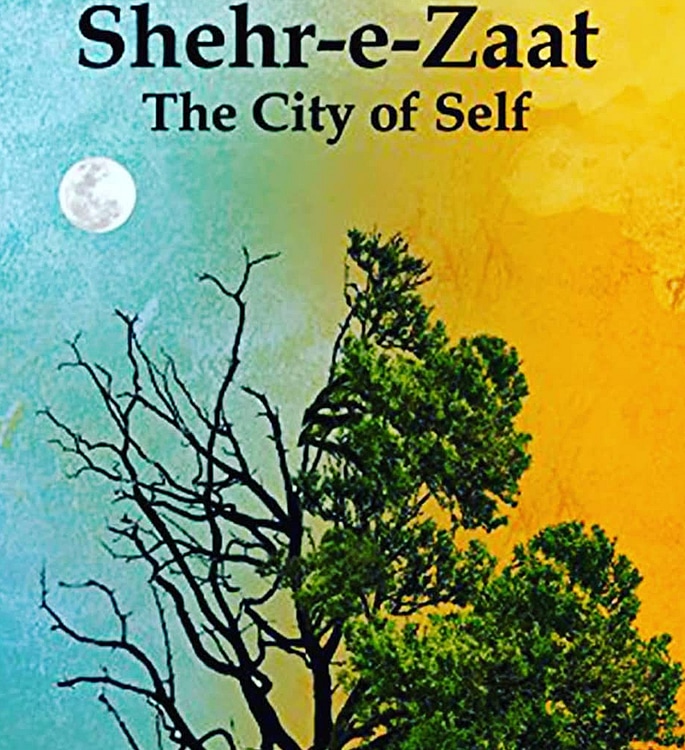 Shehr-e-Zaat is another romantic novel by Umera Ahmed but it takes a different approach when exploring love.

The story revolves around an arrogant and narcissistic girl named Falak Sher Afgan. After seeing Salman at her friend’s wedding, she tries every way to get in touch with him.

They eventually fall in love and get married but after he falls in love with another woman, she goes through a journey of self-discovery and changes her ways.

Salman eventually goes back to her and Falak has become more humble.

It is an exploration of the soul and finding one’s own identity. The reader can relate to this story because every individual is in search of their own true identity. 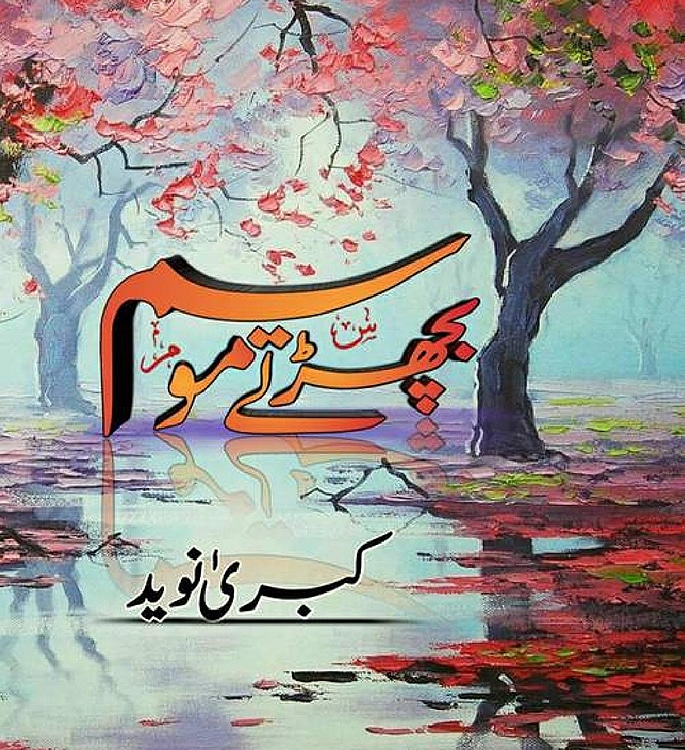 Kubra Naveed excels in her arts of writing and is known for her popular Urdu novels.

When it comes to the best romantic Urdu novels, Bicharte Mausam is one of the most famous ones out there.

It is about the wide spectrum of love and its different forms. The book is full of romanticism but it also explores tragedy as well.

Naveed portrays the difficulties throughout life but she also highlights the rays of hope in the end.

It is a social and romantic story and one can find an interesting lesson when reading it. 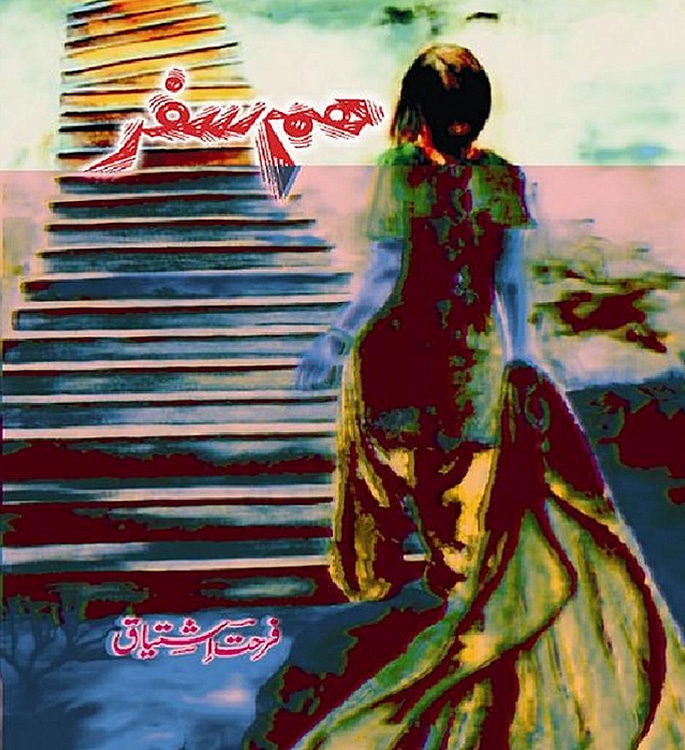 Farhat Ishtiaq is a Pakistani writer, author and screenwriter. She is a specialist when it comes to romance novels.

She portrays love in an artistic way and that is evident in Humsafar. It is a social romantic and formal novel written on about the relationship between a husband and wife.

Ishtiaq explains that just love is not enough for a strong bond. Confidence and trust are also vital in strengthening that bond.

While the couple in the story are separated, they tolerate each for the sake of their daughter when she becomes sick.

The story makes readers find a moral lesson that the love for a child can bring people together. It also highlights that one should build confidence and trust in each other. 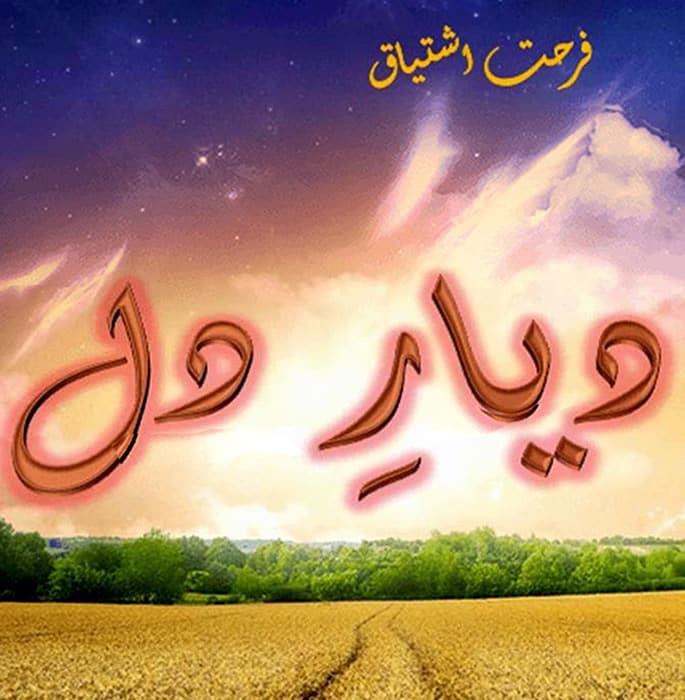 This novel by Farhat Ishtiaq explores the complex nature of love and what it can do to a family.

It is about a dysfunctional family which fell apart due to the rebelliousness of Bakhtiyar Khan’s son Behroze who refused to marry his father’s choice, Arjumand and instead chose to marry Ruhina.

The book has a non-linear style which switches between the past and the present.

It starts off with the impending divorce of Farah and Wali, but she remembers the past about her mother and father.

There are several themes covered in Dayar-e-Dil. They include love, fear and hatred which all intertwine with each other. 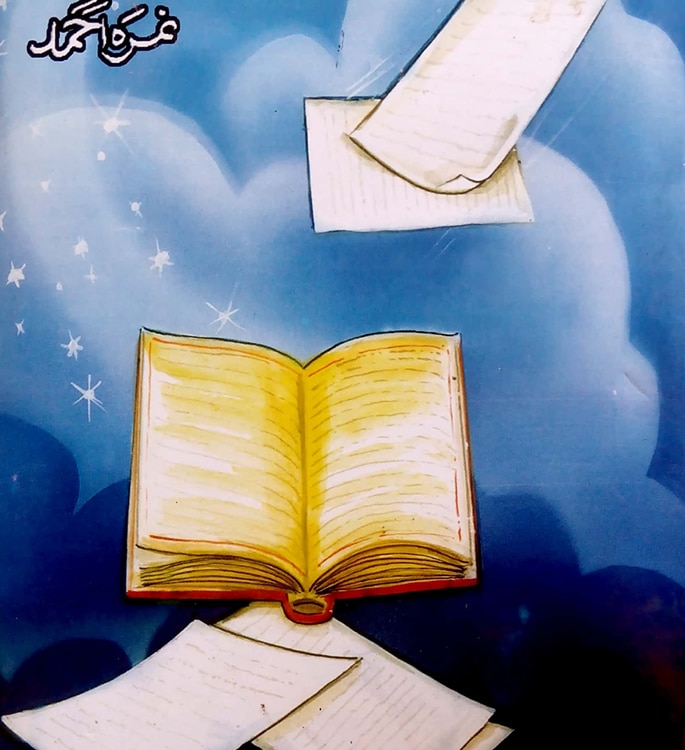 Nimra Ahmed is recognised for writing extraordinary novels which are filled with intellect and are creatively written.

Mushaf is one of the best romantic Urdu novels as it is a thought-provoking read.

It is the story of a girl who is disappointed with her life because she was an orphan and there were many who snatched her and her mother’s right.

When she discovers the holy book, it makes her realise that there is still love in the world.

It is a great romantic novel as the reader goes through suspense, excitement, love, hatred, betrayal and the harsh realities of life. 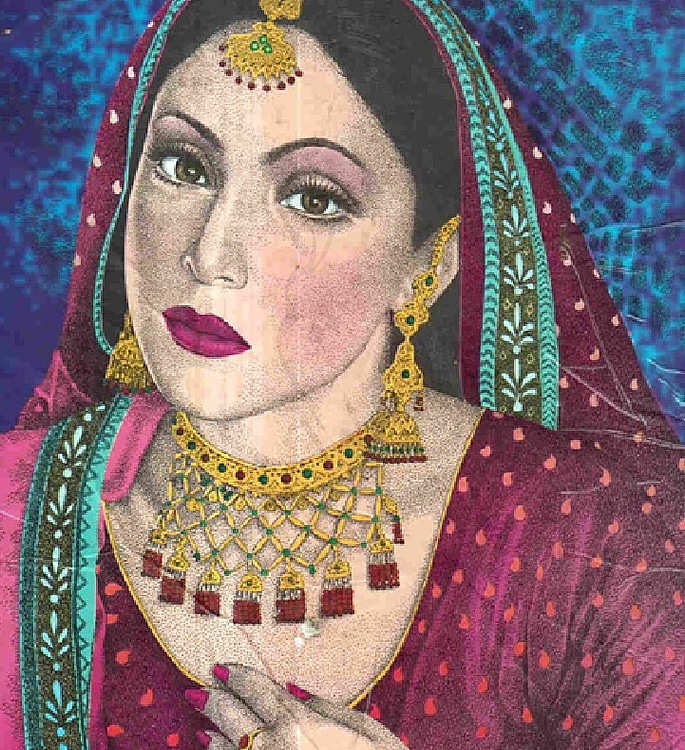 It is the story of a young couple studying at Columbia University in America and they marry against the wishes of the boy’s father.

The boy’s father subsequently cuts them off from his family.

However, a sudden twist of fate brings the girl face-to-face with the boy’s parents. She tries her best to win their hearts over using her intelligence.

The novel is full of emotion throughout especially during the second half of the novel. 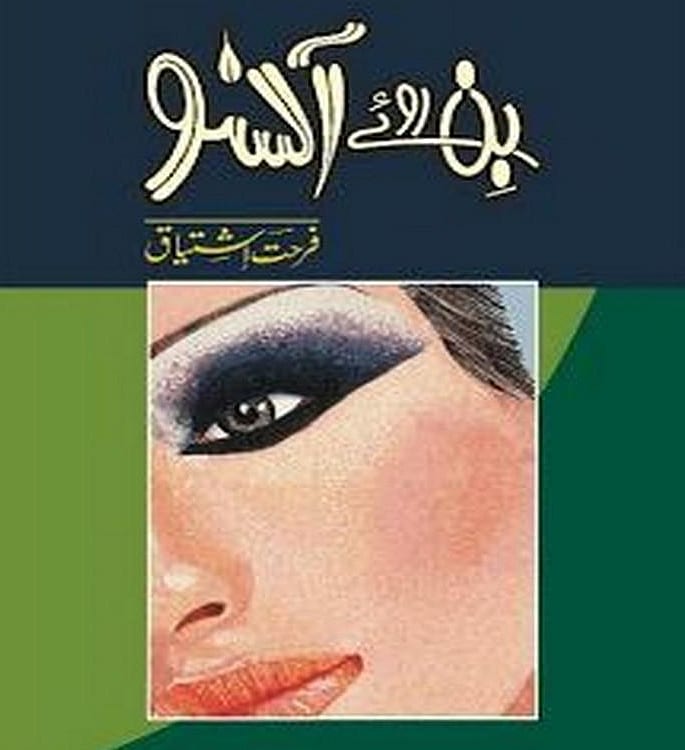 A touch of novelty and class is added by the writer as she explores Saba Shafiq’s life and she falls in love with the boy who did not consider a love interest.

Leading up to their love for each other, there is jealousy, conflict and even death.

This makes readers go through a rollercoaster of emotions which switches from happiness to sorrow and back again.

Ishtiaq expresses the feelings of lead character Saba very beautifully through the range of emotions, romance and feelings. 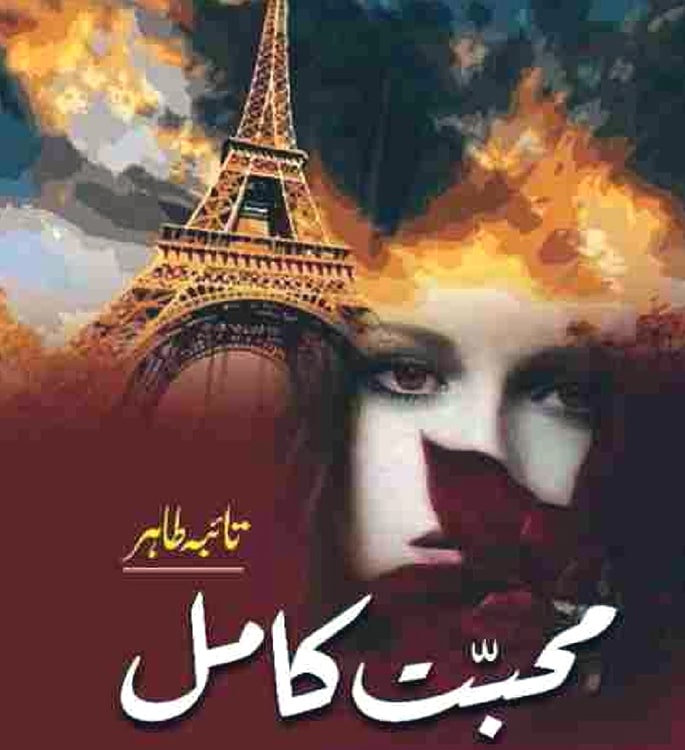 Tayiba Tahir is quite new when it comes to writing novels but that has not stopped her books from becoming recognised.

Time Pass is one of her books but she is best known for the romantic novel Mohabbat-e-Kamil.

It tells the story of the bond between friends as well as family. Tahir artistically depicts the love between parents and their children.

That is something that many readers can relate to if they have children.

The story also explores how a friendship between cousins can strengthen their bond significantly.

Sehar Sajid is a noble novelist who has written several novels but Naar is the most famous.

The story of Naar is based on the lives of three people, all with contrasting problems.

Mazna has a secret which could ruin her life if it was uncovered. Jehangir has an inferiority complex and Khola who is vengeful and made her own life miserable.

Mazna’s secret is the main focus of the story and it makes readers want to know what it is.

As the reader progresses through the book, they become more curious about her secret despite the implications that it would have. 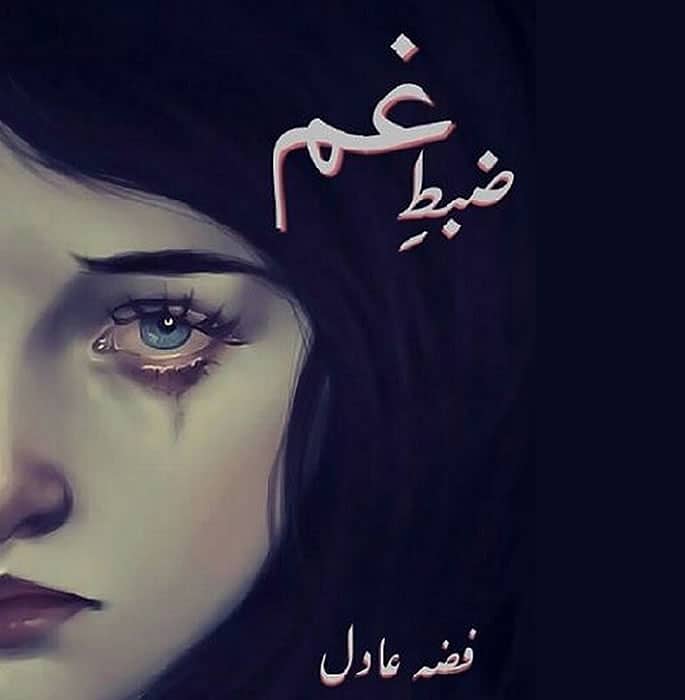 Fiza Adil has showcased her talents through her writing as she has produced several excellent novels and serialised stories.

Zabt-e-Gham is a novel based on love and social aspects of life which is further highlighted through different characters in the novel.

The story presents flawed characters which makes them seem more human and relatable. This is shown through some of their foolish acts and even show weakness throughout.

It makes readers wonder how one act of foolishness can destroy the lives of others. 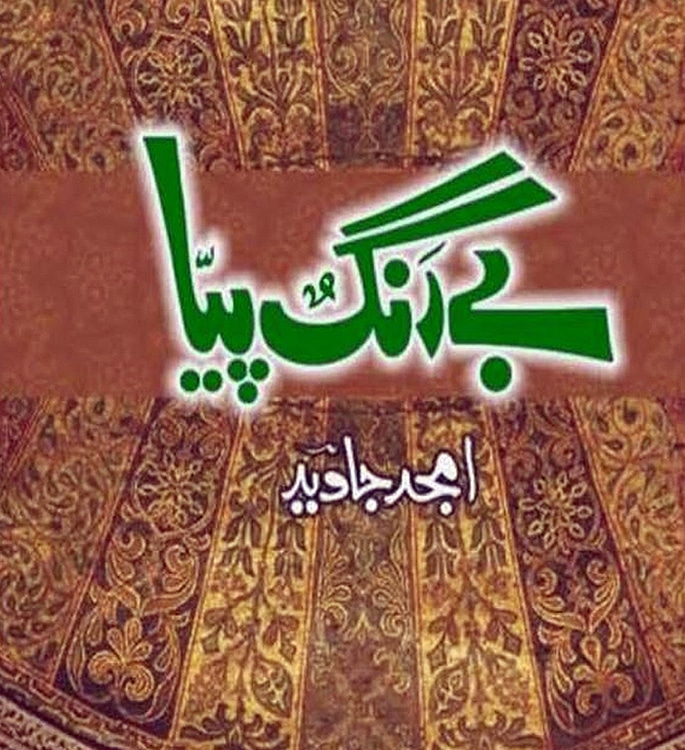 Bay Rang Piya is quickly becoming one of the most popular romantic Urdu novels and is based on pure love.

It is the story of a young woman who found her true path and left all the wonders of life to live a simple life.

A rich man who was the opposite saw the girl living a simple life and fell in love with her.

To win her heart, he has to follow her path and give up the life he is currently living.

The book explores the sacrifices one could make for a shot at love. 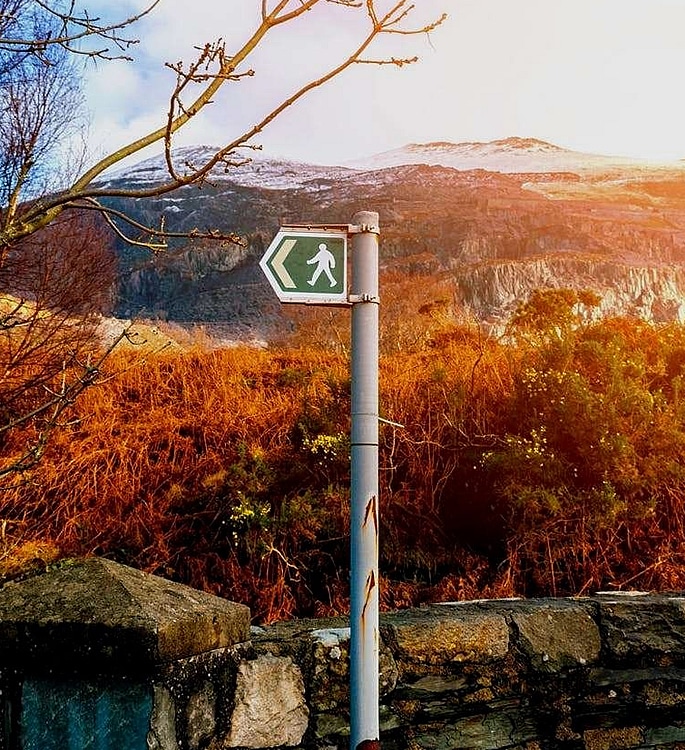 Mosmi is the third novel by Rakhi Chaudhary and it is the story of a girl named Mosmi who mysteriously disappeared on her wedding day.

The novel has been beautifully written and it narrates the search for the missing girl.

As the story unfolds, secrets and twists are revealed which are bound to catch the reader by surprise.

There is a sense of romance but not as you would expect as those who care for Mosmi are frantically searching for her.

It is certain that the reader will feel tense while reading Mosmi as the suspense continues to build up. 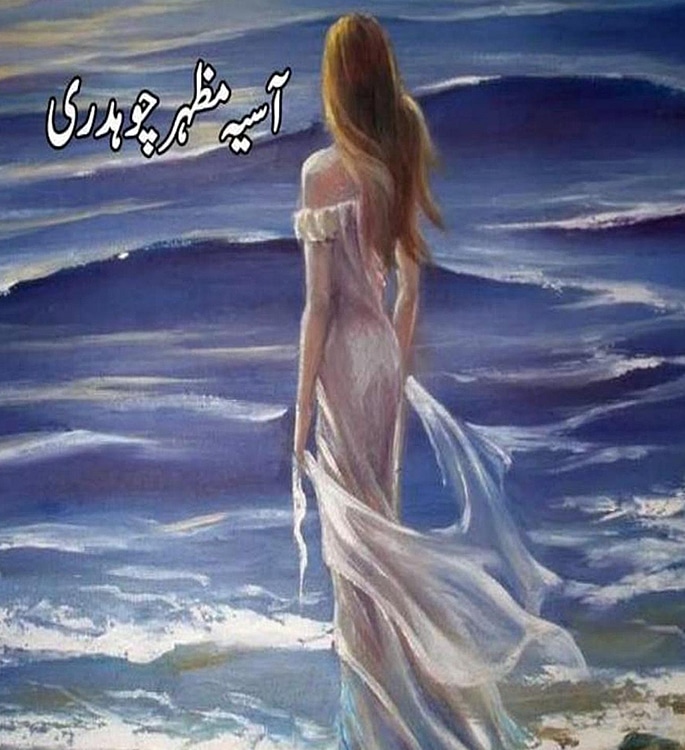 Asia Mazhar Chaudhary is a popular Urdu author who specialises in social and romantic novels.

Doobey Kinaray Ishq Ke is a romantic book which shows all the positives and negatives throughout life.

Chaudhary portrays all the emotions that people experience including jealousy, revenge and greed.

However, she also presents ways of getting back onto the right path through guidance. It is a story where readers can find a whole host of emotions.

These authors have created some of the most famous romance novels to be released.

They convey the wider societal issues through their romantic novels. They show divine and human love but it depends on the interpretation of readers.

Some of these novels have even been adapted into film and television which show how popular some of them are.

By reading these novels, people can learn a lesson from knowing different aspects of life.

Sadia is an ambitious writer with interests in poetry and culture. She has a distinct interest in traditions and heritage. Her motto is "Write what should not be forgotten." by Isabel Allende.
The Concept of Arranged Marriages in Pakistan
10 Best Sri Lankan Artists known for their Wonderful Art