There are some fascinating novels which are written by Pakistani authors and are available to English speakers. We look at the top Pakistani English novels.

The novel highlights the brutal partition of India

When it comes to Pakistani English novels, they are some of the most unique in terms of story and themes.

These novels have been written in English by Pakistani authors which means that many more people have access to them.

This is down to the fact that there are more English speakers than there are Urdu speakers.

These types of novels have spanned many years and over time, different themes are highlighted.

The novels have played their part very well in exploring the hiding truths of the wider society even if they have been pushed to the sidelines.

The context of some of these novels is beyond one’s imagination as they highlight political tragedies and disputes.

Some of the most well known Pakistani authors have paved the way for young writers to be inspired by their style.

Pakistani English novels have become popular and we look at 15 in more detail. 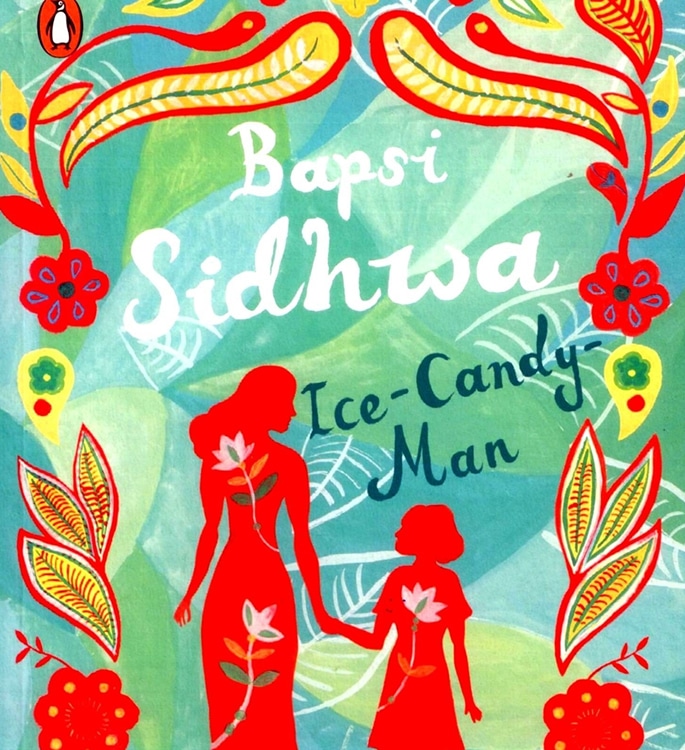 Bapsi Sidhwa is a Pakistani writer who resides in America and brings forth the issues of women in her works.

She was a recipient of Sitara-i-Imtiaz as a result of her contribution to writing.

Ice Candy Man is one of her most famous creations as it highlights the fate of people in Lahore following Partition in 1947.

The novel highlights the brutal partition of India through the eyes of a girl named Lenny Sethi. Sidhwa gives the most astonishing view of power, heartbreak, and terror.

The portrayal of Partition in Ice Candy Man makes the readers aware of the astonishing realities of society during that time. 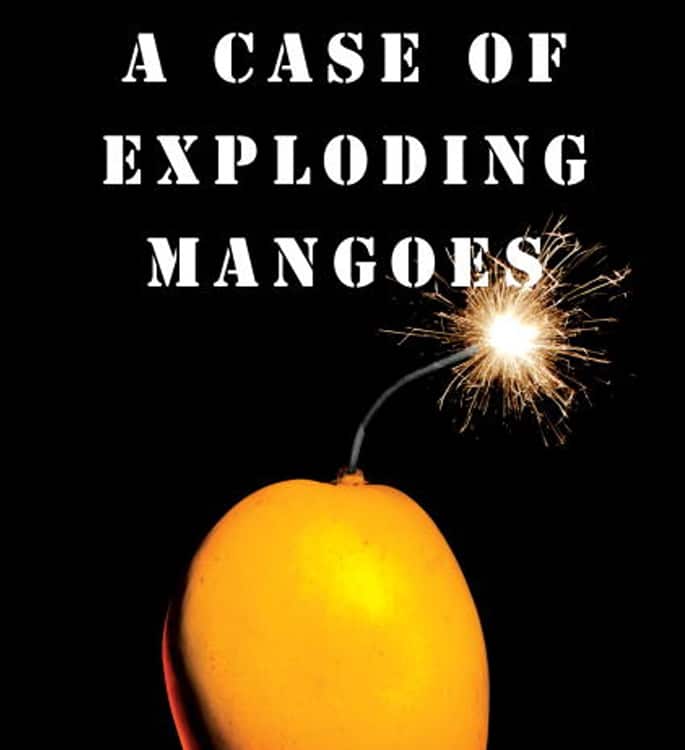 Mohammed Hanif is a British Pakistani writer and journalist. He pursued the career after graduating from the Pakistan Air Force Academy.

He is the author of the critically acclaimed novel A Case of Exploding Mangoes, which was long-listed for the Booker Prize.

The central theme of the book is a fictitious story behind the real-life plane crash which killed General Zia, former president of Pakistan.

The book has layers of intricate detail which mirror the several conspiracy theories that are associated with the actual incident.

A Case of Exploding Mangoes has elements of black comedy but it manages to maintain the readers’ curiosity throughout. 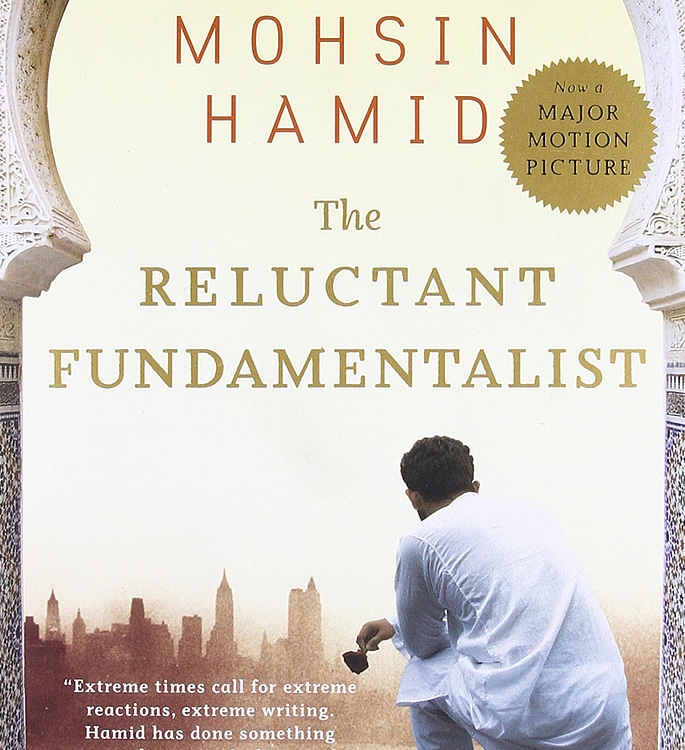 Mohsin Hamid has written several acclaimed novels including Meth Smoke and How to get filthy rich in South Asia.

One of his most famous novels is The Reluctant Fundamentalist which was written in 2007.

The novel uses a frame story technique as it takes place during the course of a single evening in a Lahore cafe.

It is about a Pakistani man called Changez who tells the story of how he fell in love with an American woman to a stranger.

He later speaks about his abandonment of America following the 2001 attacks.

This book explores the identity crisis of Pakistan after 2011 which makes the reader astonished. It also highlights the themes of love, guilt, shame and ecstasy. 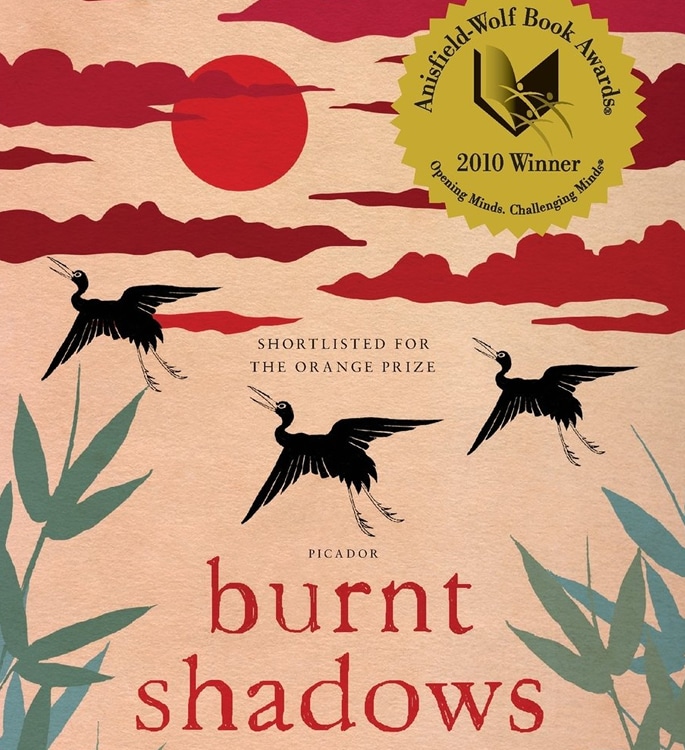 Kamila Shamsie is a British Pakistani novelist and her exquisite literary works include The Muslim Case, Salt and Saffron and Broken Verses.

Burnt Shadows was her fifth novel and was shortlisted for the Orange Prize for Fiction.

In the book, she highlights that an individual’s identity is not fixed and it goes on the process of evolution as life goes on.

She has articulated love and hate feelings throughout the novel. Shamsie’s work makes the reader get on an emotional ride with her. 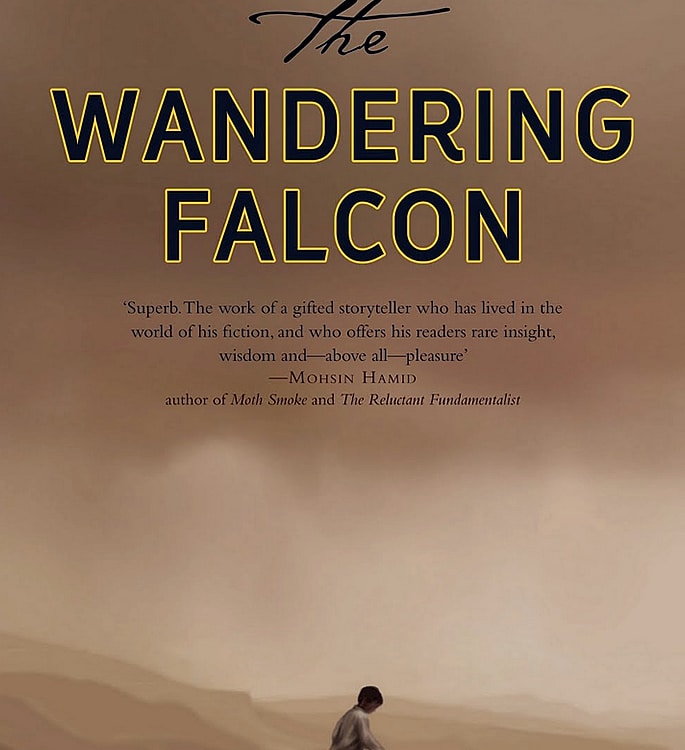 Jamil Ahmad was a Pakistani novelist, story writer and civil servant as well. He is known for his anthology.

The Wandering Falcon is an unforgettable story of Tor Baz who wanders between remote tribal areas along the Pakistan – Afghan border.

He confronts his fate and all other odds. It was nominated for the Man Asian Literary Prize in 2011.

The novel serves as an effective cultural document which gives an insight into different cultures throughout Pakistan.

In an interview, Ahmad said:

“I felt the tribes had far more grace, a far greater sense of honour, rectitude, truth — the qualities we associate with a decent human being — than you found in the cities.”

In Other Rooms, Other Wonders – Daniyal Mueenuddin 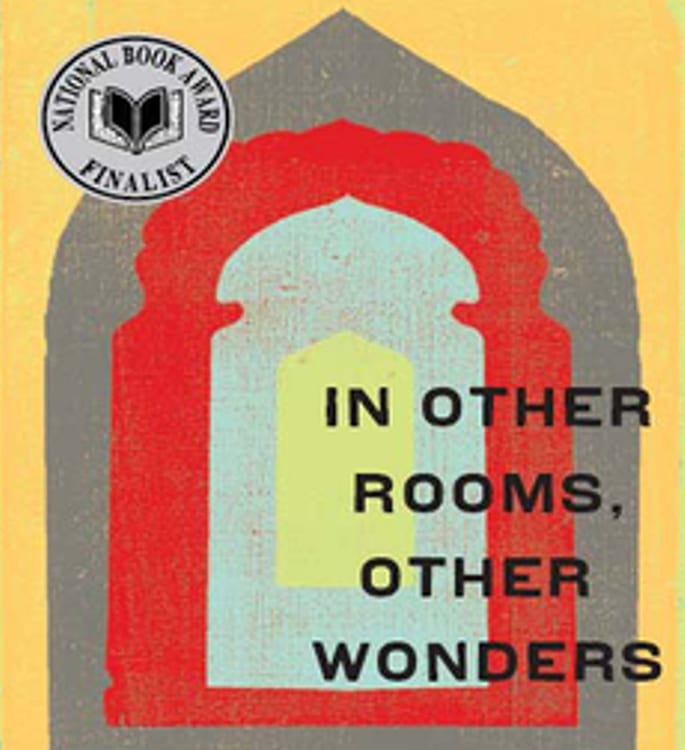 Daniyal Mueenuddin is a Pakistani-American writer who has written a collection of short stories.

His stories are filled with his memories spent in his family farm at Rawalpindi.

He has worked as a lawyer, journalist, director and a businessman before focusing on writing.

He is influenced by Anton Chekhov in his writings. Other Rooms, Other Wonders is a collection of short stories that explores class, culture, power and distinction between the rich and the poor.

As each story is rich in history and imagery, it provides the reader with an understanding of people’s social status and expectations without being explained. 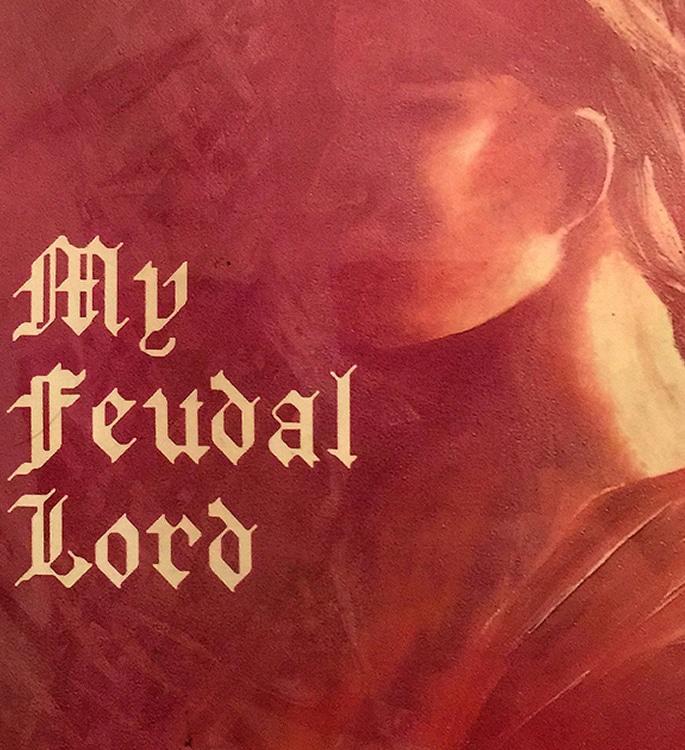 Tehmina Durrani is a Pakistani author, artist, novelist, and activist on children’s and women’s rights.

She was raised in the privilege of Lahore high society. Durrani has written novels such as A Mirror to the Blind and Blasphemy.

My Feudal Lord is her most famous as it is based on her life where she exposed her husband for his abuse towards her.

The abuse was described in vivid detail and it showed her bravery in exposing Ghulam Mustafa Khar, a famous politician.

The book caused controversy as the issue was talked about in an extremely conservative society. 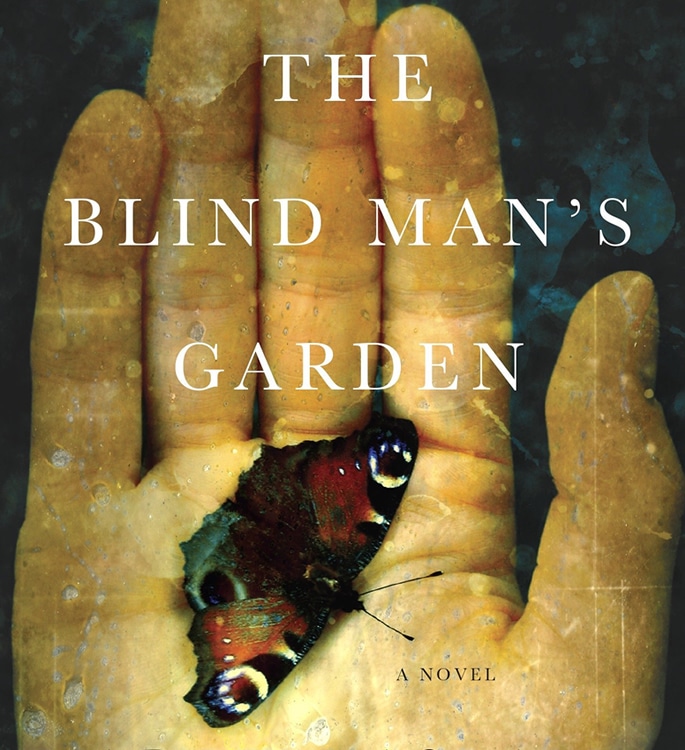 Nadeem Aslam is a British Pakistani prize-winning novelist. His works include The Wasted Vigil and the 2016 novel, The Golden Legend.

The Blind Man’s Garden is set in Western Pakistan and Eastern Afghanistan. It looks at war through the eyes of local characters.

Aslam’s novel features two brothers who become separated after the death of one. It also looks at how the war has affected the local people.

It is a historical fiction that describes an individual’s desire to return home safely during the Afghan war.

The book was praised with professor Randy Boyagoda saying:

“For all the grinding misery that Mr Aslam reveals in this devasted, and devasting, world, his most admirable characters retain their humanity enough to hope, just a little, for something better.” 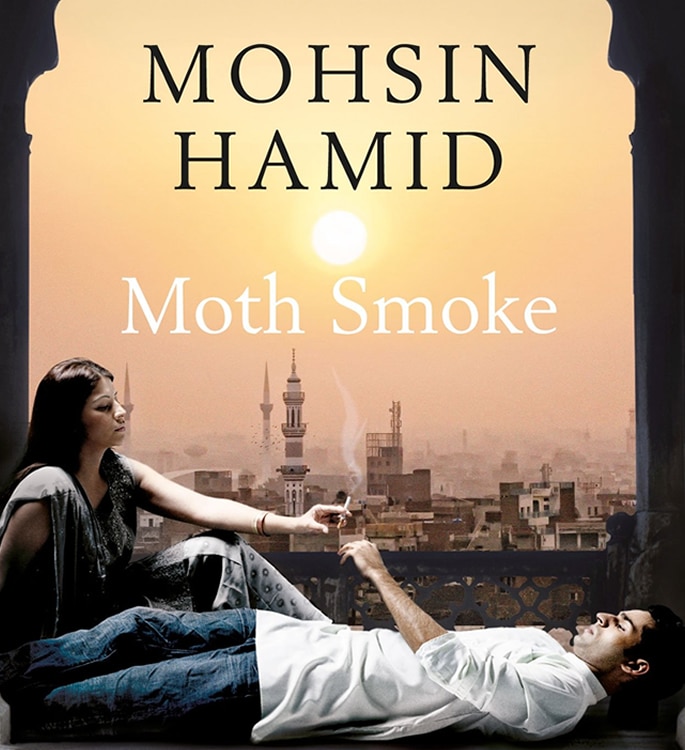 Mohsin Hamid’s work is translated in over 35 languages and is one of the most respected Pakistani writers. His novels explore a range of themes and the 2000 novel Moth Smoke does that.

It tells the story of a Lahore-based banker Darashikoh Shezad.

The banker then loses his job and falls in love with his best friend’s wife. He ends up plunging into a life of crime and drugs.

Hamid explicitly highlights the theme of crime and punishment in this novel.

Moth smoke also makes the audience aware that passionate love can harm one’s self. This is evident as the protagonist has crossed his limits in love and ends up selling drugs while spiralling out of control. 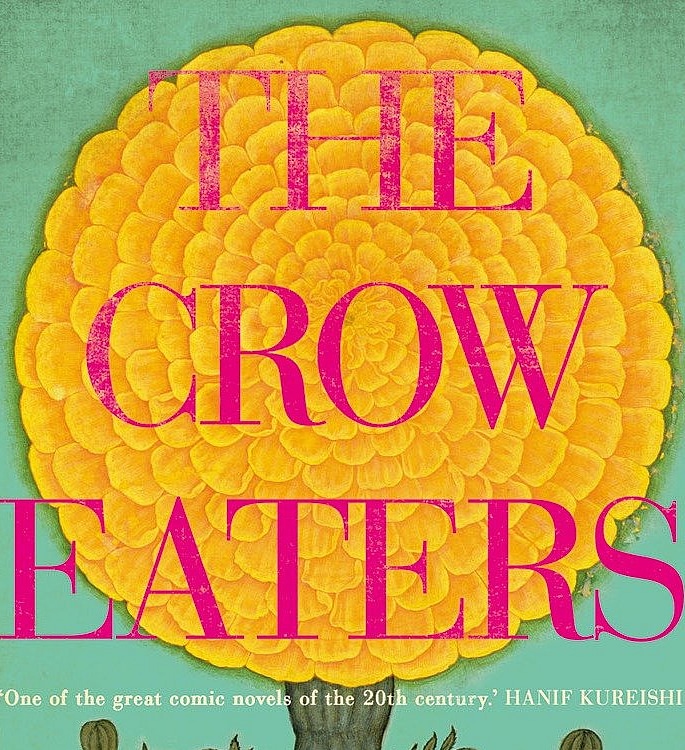 Bapsi Sidhwa is critically aware of issues faced by the minority community. She is doubly marginalised but standing at edges and has foregrounded the reality before the readers.

At the dawn of the 20th century, Freddy Jhungewalla moves his family from their ancestral home in India to cosmopolitan Lahore.

He opens a shop and as his fortunes grow, so does the animosity between Freddy and his mother-in-law.

The novel is filled with humour and courage as it narrates the life within the Parsi community.

It makes readers aware of the difficulties faced by the marginalised minority community.

Season of the Rainbirds – Nadeem Aslam 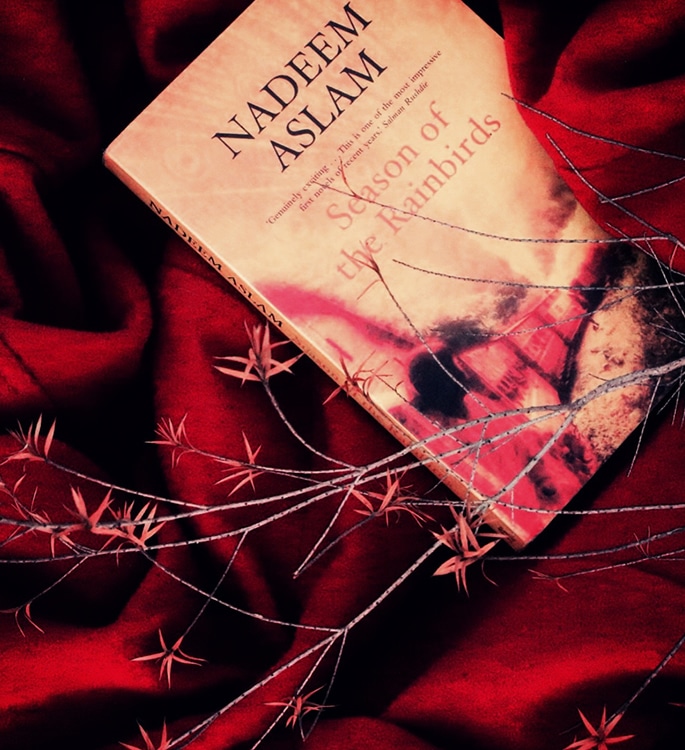 Nadeem Aslam is an extraordinary writer and Season of the Rainbirds is just one example.

It won several awards with its imaginative descriptions of mystery, political fiction and war.

Aslam’s story set during the monsoon season. It is entirely based on a bag of mail lost in a train crash nineteen years ago. This mail bag is eventually found and it disturbs the life of people of a small town in Pakistan

This story makes the reader want to go back to the train crash and set forth the whole scenario in which these letters were written.

It was Aslam’s debut novel and Salman Rushdie called it “one of the most impressive first novels of the recent years”. 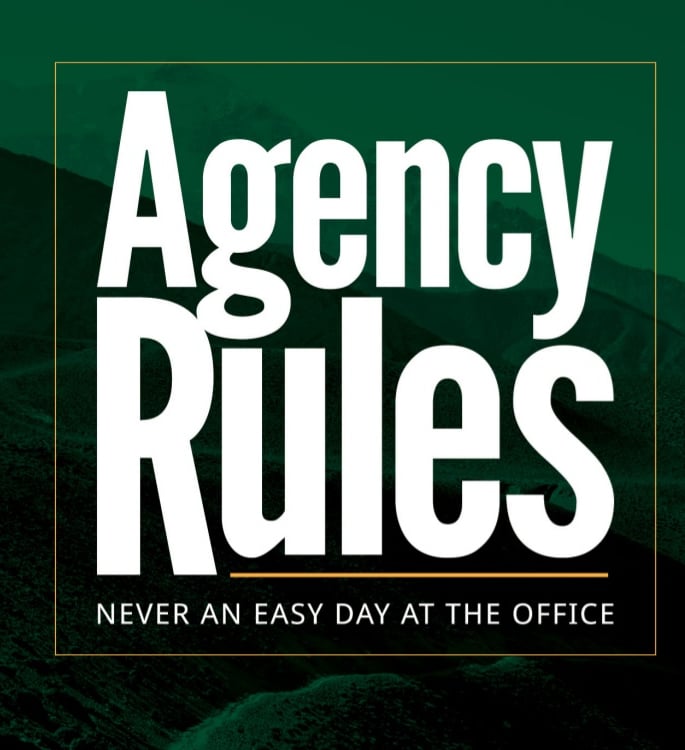 Khalid Muhammad works as a business executive but his passion is writing and Agency Rules is a captivating thriller.

The writer is aware of Pakistani politics and military operations which is what he explores in the novel.

Agency Rules is a journey behind the headlines about Pakistani. It delivers an intense story that challenges the reader to question everything they have been told about the country.

Readers get to know that Pakistan is constantly rocked by the violence and how the Afghan war adds fuel to fire.

It is a Pakistani English novel that will keep readers engaged throughout. 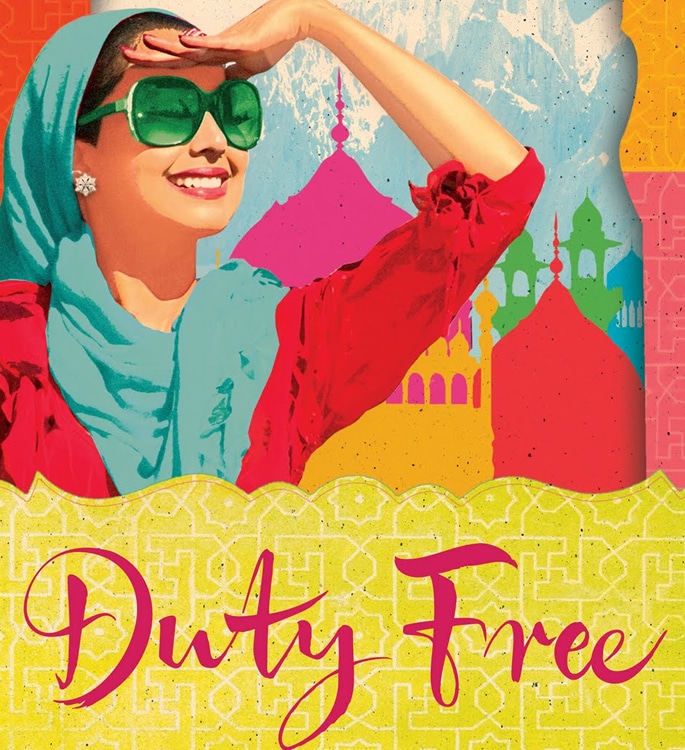 Moni Mohsin is a Pakistani writer who settled in London.

She is the author of best selling social satire, Tender Hook and a Diary of a Social Butterfly. Mohsin’s novel Duty Free is compared to Jane Austen’s novel Emma.

It is a social satire about high society in Lahore. There are comedic elements throughout.

It provides a sobering look at life in a place where bad things affect life every day.

Readers feel a laugh riot throughout the novel especially as there is a light-hearted take on fairly negative themes. 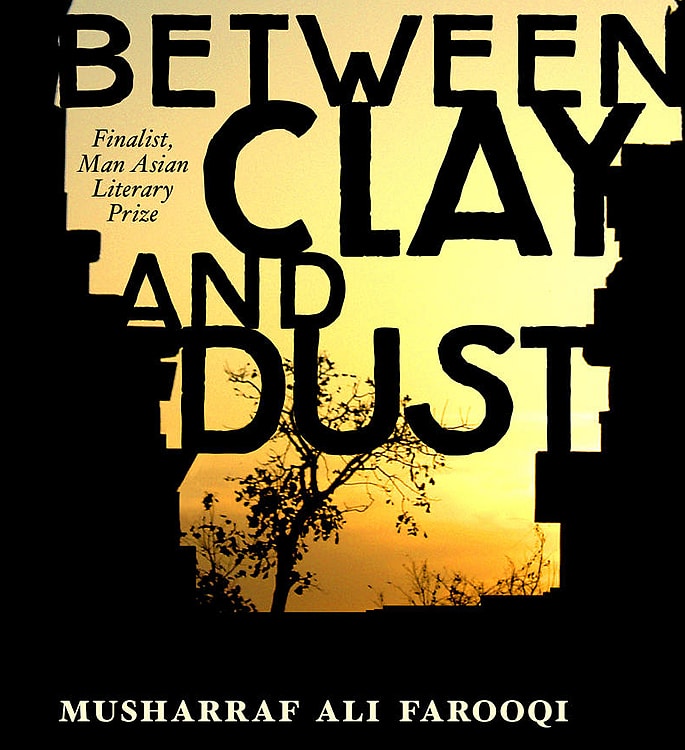 He has described a story set in the days after the partition of the subcontinent. The novel tells the story of two characters struggling to hold onto the world they once knew.

One is Ustad Ramzi, a wrestler of unparalleled strength. Following Partition, his power is coming to an end.

The other is a courtesan called Gohar Jan who was celebrated for her beauty and singing, but is now out of tune with her new surroundings.

Their stories are weaved together in the twilight of their lives as their world falls around them. It is one of the most intriguing Pakistani English novels out there.

Nobody Killed Her – Sabyn Javeri 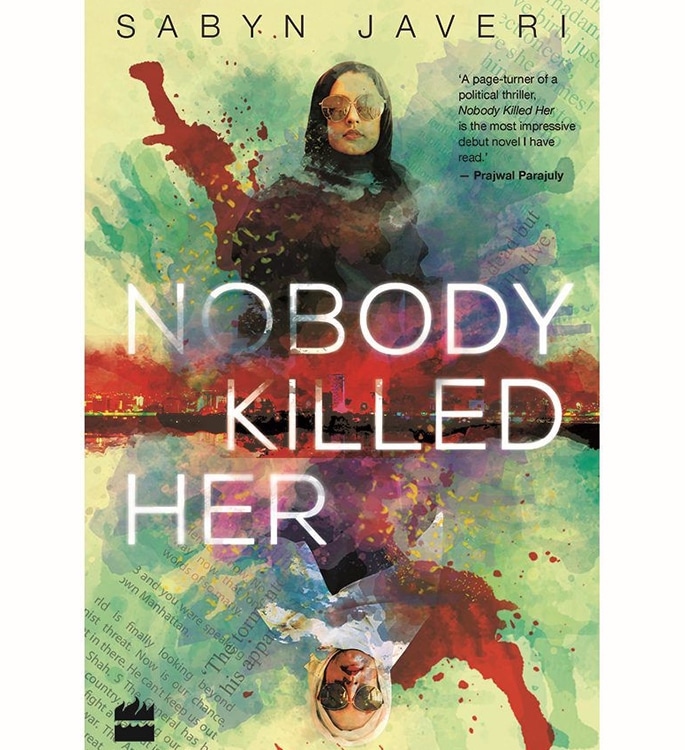 Sabyn Javeri graduated from Oxford University and is an Assistant Professor at the Arzu centre for Literature and Languages at Habib University.

The story is about the aftermath of former prime minister Rani Shah’s assassination.

As a report is about to be filed, Shah’s close confidante is suspected to be behind the assassination especially because she managed to escape the bomb blast unscathed.

Javeri’s novel is about an intense friendship between two ambitious women amidst politics.

It is a dark noir combined with fast-paced drama which explores loyalty and obsession.

These novels have been written by talented authors who want to highlight important themes in their work.

They help the reader understand the social, political and historical themes that have been prevalent within society.

They are presented in these 15 Pakistani English novels which are considered to be some of their respective authors’ best work.

Sadia is an ambitious writer with interests in poetry and culture. She has a distinct interest in traditions and heritage. Her motto is "Write what should not be forgotten." by Isabel Allende.
5 Nomadic Tribes that Only Exist in India
How Artist Raqib Shaw is Representing Kashmir in his Paintings