5 Nomadic Tribes that Only Exist in India

India is home to tribes and communities that tend to travel more than others. We look at five nomadic tribes that are only in India.

They live at an average altitude of 4,500 metres above sea level.

India is home to a wide range of people, some of which are from nomadic tribes. This is why it is a country of wonders.

These tribes are nomadic because they are always on the move.

Some choose to travel from one place to another while others have to keep moving without settling somewhere.

While they are on the move, certain tribes tend to stay in one state even if they are in different cities and towns.

Many are present within Indian society which is why they can be difficult to identify. However, specific things such as the details on the clothes can help distinguish members of a particular tribe.

What makes them so different is that they follow customs that may not be common among regular people. Different tribes have different customs.

It is what makes each nomadic tribe unique as it speaks volumes about each one.

We look at five nomadic tribes that exist in India to find out more on their fascinating heritage. 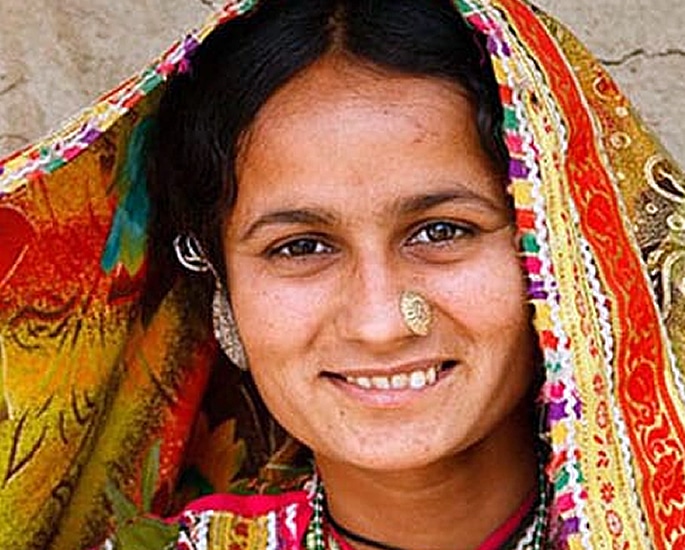 For years, the Gandhila tribe has been a part of the sociology of Punjab, Haryana and Uttar Pradesh. They originated in Rajasthan but left during the Mughal invasion.

According to the community traditions, they descended from a Rajput called Sabal Singh.

He was killed fighting in the forces of the Sultanate of Delhi. As a result, his family was driven out by his enemies.

They were then forced to take menial jobs such as rearing donkeys which is where the word Gandhila came from.

As time went on, the original occupation of donkey rearing later became making palm leaf brooms which what the Gandhila tribe is known for.

But now many are day labourers, with many of the Gandhila working in the construction industry.

A small number of people were given land as part of government schemes to settle the community.

However, the land areas were very small, most supplement their income by working as agricultural labourers.

Like many tribes, the Gandhila has different cultural aspects that they focus on. One is that they prefer to marry those within their own community.

They also have their own language called Pasto, even though most of them speak Punjabi. 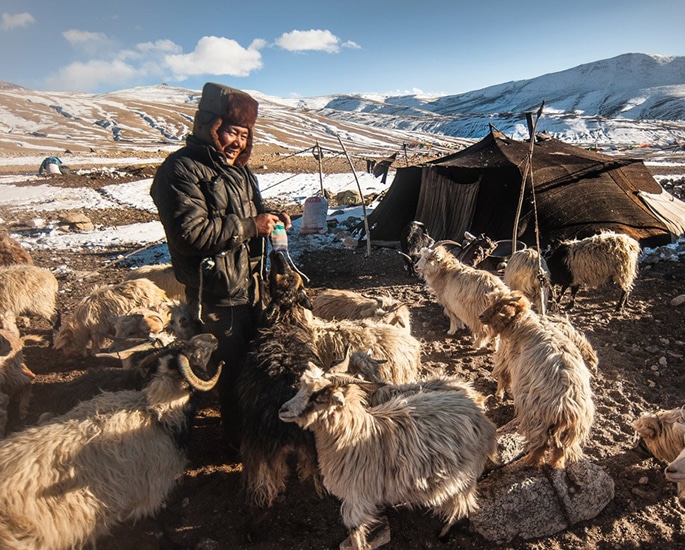 Changpa is the name of a nomadic tribe from North India. They come from the high altitude Changtang in Ladakh and in Jammu and Kashmir.

Some groups previously migrated to Tibet, however, after the Chinese takeover, the route was shut down.

The Changpa tribe live in small groups across the various Indian regions but they live in areas where it is extremely cold.

They live at an average altitude of 4,500 metres above sea level. As a result, the Changpa’s homeland is ravaged by snowstorms during the winter.

Some are nomadic and are known as Phalpa while those who have settled in one location are called Fangpa. Either way, they are recognised by their yak-skin tents.

For much of the tribe, rearing animals and then consuming and selling their produce like milk and meat is their only means of livelihood.

Their diet mainly consists of barley and the meat of wild horses and yak. Dried cheese and meat boiled with barley flour and seasoned with chillies are also eaten.

The Changpa tribe rear the prized Changra goats for their fur which is rare and the finest of all goat hair.

The Ladakhi tribe also live in the same regions and the Changpa were once considered to be a sub-group, but in 1989, they were granted official status as a Scheduled Tribe.

While the Changpa can understand Ladakhi, their customs, language and ethnicity are different. It makes the Changpa a unique nomadic tribe in India. 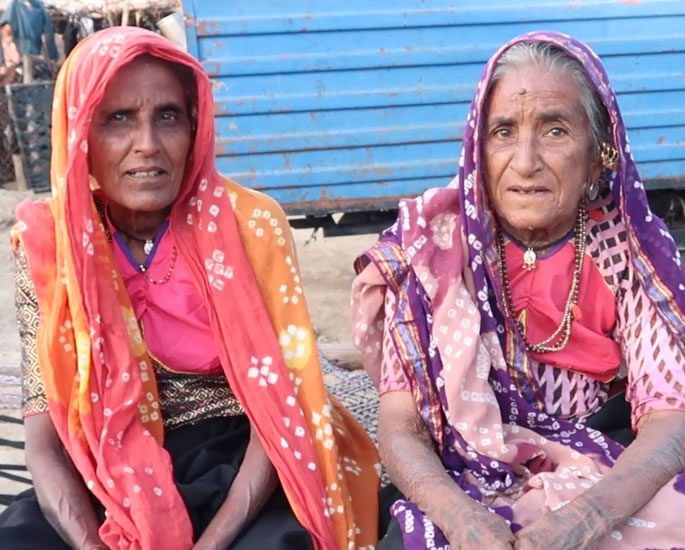 The Bharwad tribe are considered to be one of the most unique in India as they believe to be descended from a mythological family.

According to their traditions, the Bharwads lived around Mathura, Uttar Pradesh.

They later moved to Mewar, Rajasthan before later spreading out in Gujarat where many of them are.

Many live in and around the Gir Forest National Park but they keep away from the actual forest when grazing their livestock because of the danger of Asiatic lions.

They are typically treated in society as below many of the castes as they are rarely educated beyond primary level and mainly herd goats and sheep.

But their social position has been improved as they are among the most urbanised of the region and have a niche position in supplying milk.

The Bharwads are recognised by their distinct style of clothing even though it has changed over time.

In the modern day, pink and red shawls worn by both men and women is one of the most obvious identifiers. It is even worn by those who prefer to wear Western clothing.

The desire to identify through clothing and also tattoos may highlight the community’s traditional lifestyle as a travelling tribe. 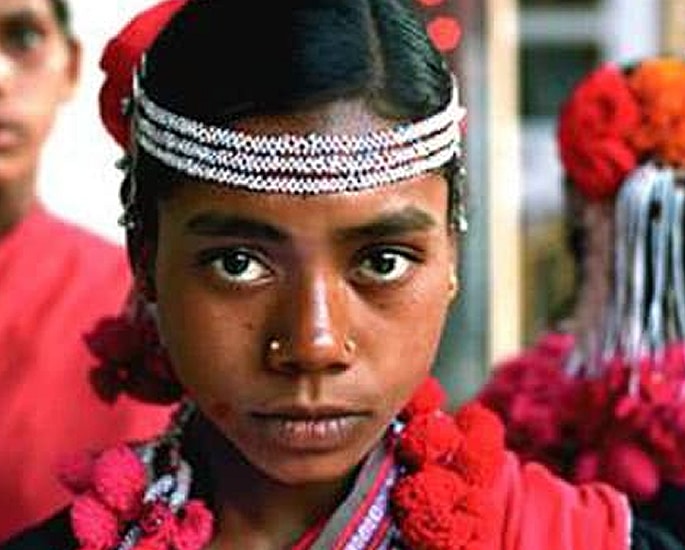 The Kela tribe are a hunting community found in the state of West Bengal in India.

They were traditionally involved in the catching of snakes, birds and toads, however, the profession was considered to be derogatory by neighbouring communities.

The tribe prefer to be known as Kharia as the word Kela comes from the word Kala, which means dirty in Bengali.

Even though they were known for catching various animals, the tribe has completely given up the traditional occupation.

The majority are sharecroppers but there are a lot who are involved in repairing locks and suitcases.

Like with other tribes, the Bengali speaking Kela tribe have their own cultural practices.

A major one is that they strictly marry within a specific social group, in this case, people get married within their own community.

They live in multi-caste villages but they occupy their distinct quarters, known as paras.

This nomadic tribe is one which has had to adjust their way of life as time went on. 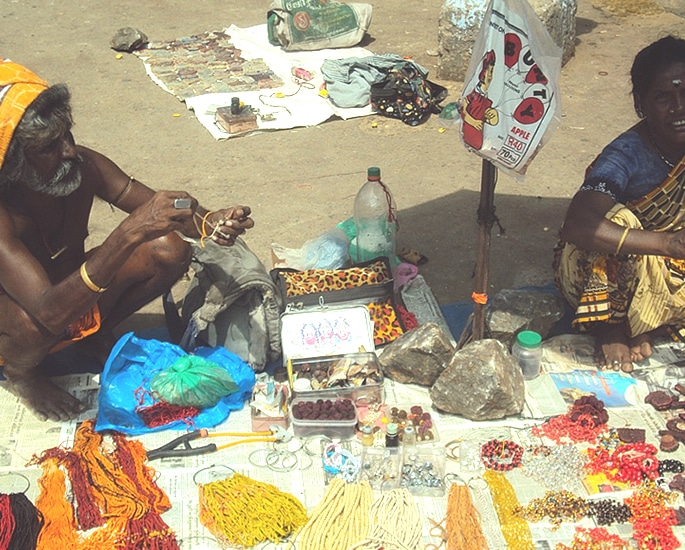 The Narikurava tribe are based in Tamil Nadu and the name is a mix of the Tamil words ‘Nari’ and ‘Kurava’ which means ‘Jackal People’.

It is their effectiveness in hunting and trapping jackals which got them their name.

The main occupation was hunting but they were driven out of the forests. Their hunting of endangered species is what caused their hunting to be prohibited and the Narikurava to leave their homes.

As a result, it stopped them from having a livelihood. It forced them to take up other alternatives such as selling beaded ornaments to survive.

In order to find a suitable market for their beads, they move from place to place.

Children rarely have a good education as they accompany the adults wherever they go.

The Narikuravas have been discriminated for many years due to their consumption of animals tabooed by settled communities. They are excluded from inhabited streets.

This has led to protests from the community and since they were prevented from hunting, younger members of the community turn to crime.

These nomadic tribes have a rich history of their origin as well as what they believe in.

While many are accepted in society, some are still discriminated for their cultural practices. It may be a while before they are accepted but they will continue to live in various locations.

Their heritage is passed down generations and they differ from other tribes. These communities are just one aspect of how rich India’s culture is.