Allama Iqbal was a great Eastern poet, philosopher and visionary. During his lifetime, he produced great literary works in Urdu and Persian, delving into the spiritual being of man and his surroundings.

"He was a remarkable poet. His record can be compared with that of the greatest Indian that ever lived.”

Sir Muhammad Iqbal (1877-1938), also known as Allama Iqbal (‘The Great Scholar’), is often described as the ‘intellectual father of Pakistan’.

He is an individual who propagated a revolutionary transformation for South Asia through his poetic Masnavi’s and political thinking.

Rather than be deemed as purely a political figure, Iqbal can be more correctly described as a poet, philosopher and visionary.

He was a man who could look beyond the confines of hardship or barriers of community and culture and see beyond into evergreen fields of prosperity. 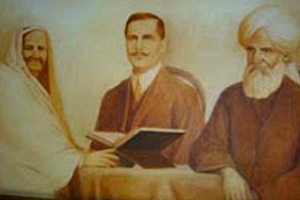 Although not deriving from an educated family, Iqbal managed to secure several degrees in philosophy from Lahore, Cambridge (while simultaneously completing the Bar in London) and also Munich.

This was a rare achievement for any man in the 1900’s.

At an early age, Iqbal became well-versed in Urdu, Arabic and Persian. In his later years, he opted to write most of his poetry in Persian (Farsi).

A learned scholar in Iqbal’s life is Dr. Saeed Akhtar Durrani. A nuclear physicist and Associate Professor at the University of Birmingham, Dr. Durrani has written several books on Iqbal and his time in Europe, while also translating much of his literary works from Urdu and Persian into English. 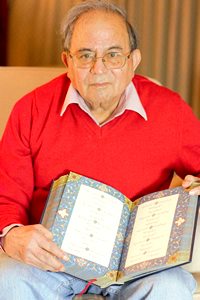 Speaking about Iqbal, Dr. Durrani explains: “We don’t call him just a poet of Pakistan, but he is a universal poet, and his thought is really universal, in fact, cosmic. He is revered as a poet-philosopher, because his poems were not just lyricism, singing the songs of beauty and love, but also [the] aims and ideals and destiny of nations.”

Dr. Durrani is currently the Chairman of the Iqbal Academy UK. Founded in 1971, it holds annual events and conferences discussing Iqbal’s work and their global influence. In 2010, the Academy arranged an unveiling of an Iqbal memorial plaque in Stratford Upon Avon, that also etched his famous poem on William Shakespeare.

At heart, Iqbal really can be described as a true patriot of India. He famously conceived the popular children’s ghazal, ‘Sara jahan se acha, Hindustan hamara’ (‘Better than the entire world, is our Hindustan’).

However, Iqbal was quickly disillusioned by the control of the British Raj over India. He had experienced British rule for his entire life and was saddened by the fall Mughal Empire that had aspired as a consequence.

It was in his studies abroad that Iqbal became fascinated with the philosophies of Fredrick Nietzsche, Henri Bergson, Goethe and other Western models of thought. He famously wrote Payam-e-Mashriq (Message of the East, 1923) as a response to Goethe’s West-östlicher Diwan (West-Eastern Divan, 1819).

Nietzsche had written numerous arguments on reconstructing Germany after its great defeat in World War One. Iqbal believed that he could bring this concept back to India, who had lost much to British rule. 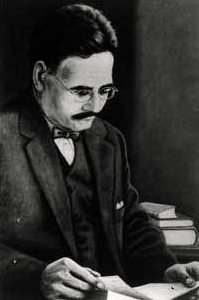 However, while Iqbal largely accepted the models of Western thought, he felt it lacked a dimension that only Eastern heritage and philosophy could bridge.

Science had thrust the West into a new age, but this was at the expense of faith and a spiritual understanding of man’s place in the world. This idea of spiritual well-being was something that Iqbal felt was prominent in Eastern philosophy, but was in danger of being lost as the British Empire conquered all.

For Iqbal, his surroundings had seen a radical shift that abandoned traditional Indian thinking and philosophy and instead paid homage to Western ideologies of living and standard.

Through his poetic and literary works in Persian and Urdu, Iqbal explored understandings of man and his place on Earth. In particular, he delved deep into the realms of spiritual thought drawing great inspiration from Jalal-uddin Rumi, a Persian metaphysical poet from the 13th century.

Iqbal wrote a series of poetic Persian anthologies, or Masnavi’s, including the Asrar-i-Khudi, or The Secrets of the Self (1915), and Rumuz-i-Bekhudi, or Mysteries of Selflessness (1917). In them, Iqbal explores notions of Self-hood and the Self through the eyes of a poet. Explaining the poem, Iqbal says:

“All life is individual; there is no such thing as universal life. God Himself is an individual; He is the most unique individual.” 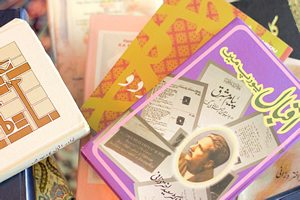 As Dr. Durrani explains: “This is one of his leading themes, and he more or less invented this word ‘khudi’. Previously, ‘khudi’ [had a meaning of] self-regarding, to be too proud and so on. But [Iqbal’s] ‘khudi’ means to discover the intrinsic worth of yourself. Self-awareness. He almost makes man a co-creator with God.”

The difference, therefore between man and a higher being is that the man suffers from ‘ego’ or khudi. It is only through strenuous spiritual application that man can utilise khudi to achieve bekhudi, or ‘selflessness’.

In order to acquire such a state, the Self must first escape from the daily trappings of materialism and earthly desire. Doing so, man can go on to attain divine spirituality, which will bring him closer to God.

But rather than for man to assimilate Sufi-istic notions of rejecting the world in order to become closer to God, Iqbal offers a different quest for man to strive for.

This quest, Iqbal notes, is one that offers a careful balance of spiritual harmony alongside modernity, helping them to create a well-rounded individual, who is worldly rather than closed-off.

Iqbal strongly believed that pockets of disunity had crept up within India as a result of colonial rule, and different faiths and cultures began to clash. He famously said:

“The vision of a common nationhood for India is a beautiful idea, and has a poetic appeal, but looking to the present conditions and the unconscious trends of the two communities [Hindus and Muslims], appears incapable of fulfilment.”

From these thoughts stemmed the idea of the ‘Two-Nation Theory’, which eventually encouraged the creation of Pakistan, following the partition of India in 1947.

Iqbal had worked very closely with Muhammad Ali Jinnah (Quaid-e-Azam), who had stepped away from politics at the time. Believing in Jinnah’s capabilities, Iqbal brought him back to the forefront and together they concreted the notion of a separate state. 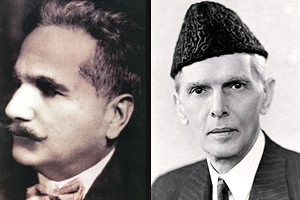 Iqbal however, passed away before he had the chance to see his theory become a reality. In March 1938, he fell seriously ill and eventually died on April 21.

Following his death, Jinnah said: “I am extremely sorry to hear the sad news of the death of Sir Muhammad Iqbal. He was a remarkable poet of worldwide fame and his work will live forever. His services to his country and the Muslims are so numerous that his record can be compared with that of the greatest Indian that ever lived.”

In Pakistan, he is regarded as the ‘Shair-e-Mashriq’ (Poet of the East) and ‘Muffakir-e-Pakistan’ (The Thinker of Pakistan). His poetry and lyricism has spawned numerous Sufi songs and qawwals that are dedicated to him. Of the most famous is Ustad Nusrat Fateh Ali Khan’s Kalam-e-Iqbal (1993), and Shikwa, Jawab e Shikwa (1998).

Indeed, Iqbal is widely seen as a poetic revolutionist who transformed the fortunes of many. In the eyes of many Pakistani’s, he remains a true believer of what an ideal nation and community could have been, and perhaps may one day still be.

Aisha an English literature graduate, is a keen editorial writer. She adores reading, theatre, and anything arts related. She is a creative soul and is always reinventing herself. Her motto is: “Life is too short, so eat dessert first!”
Highlights of the Birmingham Literature Festival 2013
Famous Sculpture Artists of India