The Singh Twins in The Face of Britain

Prominent British Indian artists, the Singh Twins, will appear in a TV series called ‘The Face of Britain’, exploring the history of Britain through art.

“We were challenging accepted notions of heritage and identity.”

Two Indian twin sisters will appear in a BBC2 television series as part of a major project to explore Britain through art.

The Singh Twins, namely Rabindra and Amrit Singh, are part of historian Simon Schama’s project called ‘The Face of Britain’.

With a book and TV series carrying the same title, Schama aims to rediscover ancient and modern Britain through portraits.

He collaborates with the National Portrait Gallery in London to present a cherished collection to address five main themes – ‘Power, People, Fame, Love and Self’.

The respected art historian chooses to interview the Singh Twins for the second episode of the TV series because of a number of reasons. 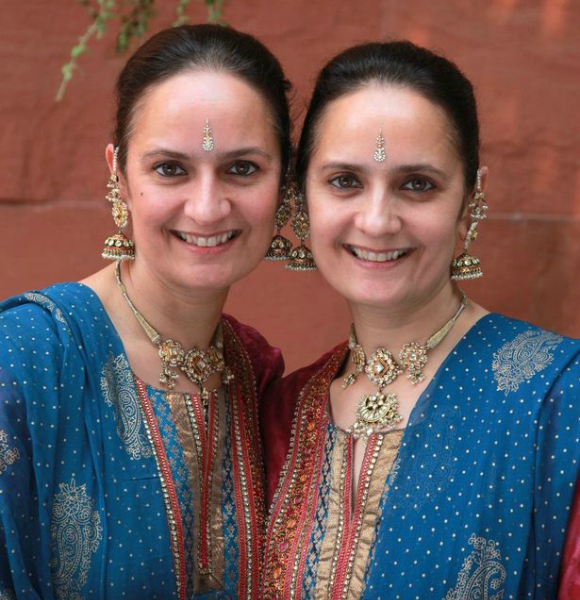 The prominence of the sisters’ work in the British Indian community is solid ground for featuring them in his project.

Their work is frequently on display in various exhibitions in the UK – from Merseyside where they grew up to the galleries in cosmopolitan London.

What really draws Schama to the Singh Twins is their belief and persistence in creating art through Mughal miniature paintings. 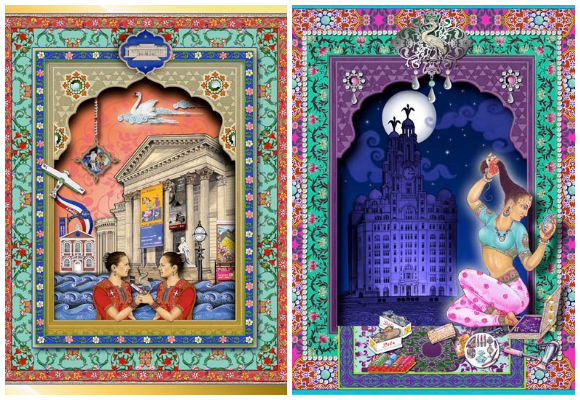 Speaking of their university years, the sisters say: “We were being denied our own way of expressing ourselves.

“There was pressure to conform to Western ideas, but we were challenging accepted notions of heritage and identity.”

This only strengthens Schama’s appreciation for their work, who exclaims: “I cannot tell you how many ways in which they fought this.

“And their work is an unforced union between their traditional culture and the life they lead fully of Liverpool and fully of Britain.”

Rabindra and Amrit’s signature style is presenting their lives as Indians in a foreign land and interpretation of the British society through their intuitive eyes.

The way they see it, their original and intricate work is ‘important to challenge established cultural biases’.

The art itself aside, Schama finds it easy to identify with the Indian sisters’ journey.

The Columbia University professor says: “You know you are talking to a Jew – my dad made me memorise Shakespeare when I was quite young.

“Because he, rather like Rabindra and Amrit, refused to be compartmentalised between a Jewish East End and the great tradition of English literature.” 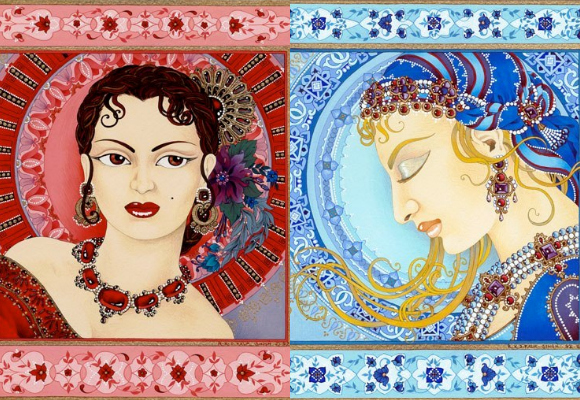 The talented sisters, who are also published illustrators, writers and filmmakers, are very glad to be recognised as an important part of Britain’s history.

They state: “Someone of Simon’s calibre, respect and knowledge of art having something positive to say about our being representative of the face of Britain will be a tremendous boost to the way people perhaps view our work.”

Indeed, receiving a great deal of formal recognition for their beautiful work does not necessarily translate into a genuine appreciation by the wider public.

The Singh Twins say: “Hopefully, they won’t look at it on the surface and dismiss it as being other than what British art is generally perceived to be.”

But what worries them more is that they get pushed back ‘into that ethnic pigeon hole that we struggled to get out of in the early days’.

Breaking into the mainstream remains a challenge for the sisters in their 40s. Joining hands with someone as notable as Schama will hopefully give them the recognition that they so deserve.