Hamlet starring Benedict Cumberbatch has been an incredible treat for theatregoers. In an exclusive Gupshup, actor Rudi Dharmalingam who plays Guildenstern tells us more about adapting Shakespeare’s tragedy for the modern day.

"Benedict is wonderful to work with, generous, humble and very playful."

Lyndsey Turner’s production of Hamlet at the Barbican Theatre has all the joys of an intimate setting, modern gimmicks, visual spectacle, and of course, celebrity performances.

Also featuring in the play is Rudi Dharmalingam who plays Hamlet’s friend, Guildenstern.

Speaking exclusively to DESIblitz, Rudi tells us more about acting and starring in one of Shakespeare’s most popular plays. 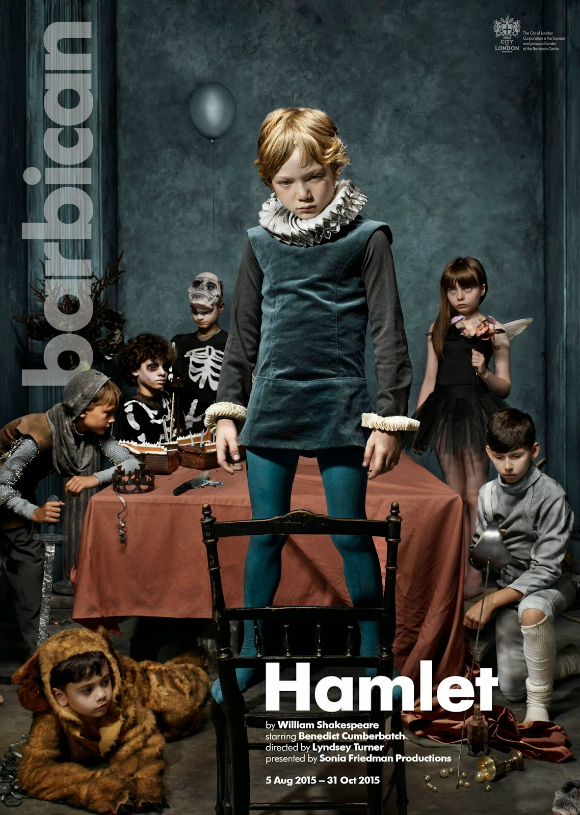 Can you tell us a little about your background. How did you get into acting?

“I am of Trinidadian and Sri Lankan heritage, acting wasn’t something that was encouraged in my family. But rather the obsession with academia and becoming a doctor or banker was.

“I wasn’t that kid who was regularly seen in the annual school productions. My main extracurricular activity was table tennis of which I played to a county level, so taking on something else in addition to my schoolwork was impossible.

“GCSE Drama was a pivotal time for me as I discovered a subject that I began to really enjoy and succeed in.

“I took A-Level Theatre Studies then completed a season with the National Youth Theatre. Then followed a degree at the University of Salford in Performing Arts.

“I didn’t have the support network around me at the time to push me towards Drama School, I would never change it as I had the best three years of my life and met my wife with whom I now have two amazing children with. 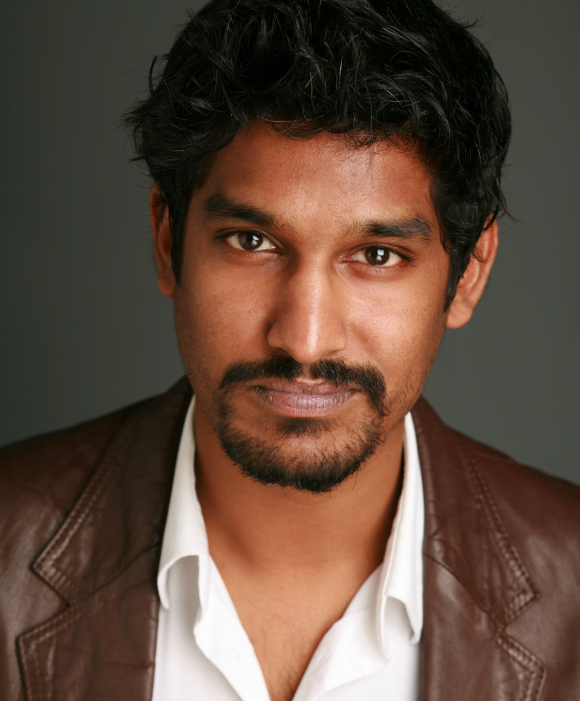 “However, I would thoroughly recommend anyone serious about the profession to pursue Drama School Training.

“I was lucky. Toby Whale spotted my headshot in Spotlight and got me in for some play called The History Boys.”

What are the challenges of acting on stage, and to a live audience?

“Performing on any stage in front of any audience requires a certain degree of concentration and focus, as any actor would tell you.

“I suppose if you don’t do this you’re cheating the audience out of the real truth of the situation.”

How was it acting alongside Benedict Cumberbatch and the rest of the Cast?

“Benedict is wonderful to work with, generous, humble and very playful. As is the entire cast.

“I think Lyndsey and Julia Horan have done a fantastic job at casting a bunch of actors who are all team players looking to create a piece of work we can all be very proud of and that audience can applaud too.” 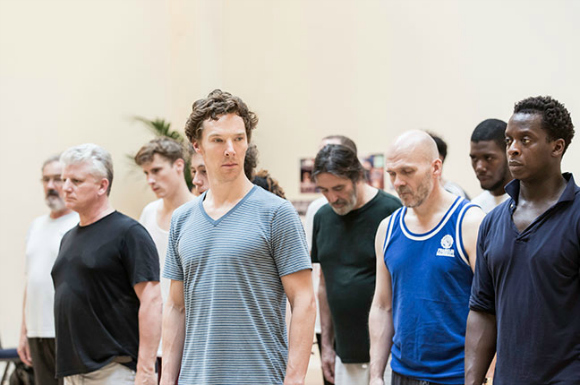 Did you have much input in your role of Hamlet’s friend, Guildenstern?

“Of course, Lyndsey, Benedict, Matt Steer (Rosencrantz) and I discussed in tremendous detail biographies and backstories.”

Was it a challenge to adapt the character for a modern audience?

“Trying to make any character in Shakespeare relevant and appealing to modern audiences is always a challenge.

“You’re trying to make a very poetic heightened form of the English language written 400 years ago comprehensible to an audience in the 21st Century.

“Trusting the language and remembering these characters are all as driven and motivated as we are in the sense they are desperately trying to succeed or achieve something in their lives.

“That aside, donning a pair of converse always helps.” 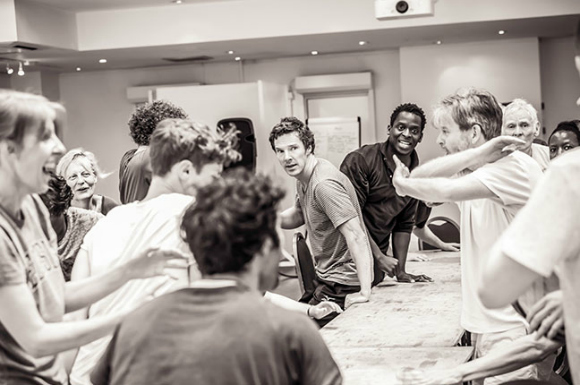 Do you feel that this production of Hamlet which has the added star status will encourage more people to come to the theatre, particularly British Asians?

“This production of Hamlet is a very different beast to say Nick Hytner’s version at the National Theatre a few years ago.

“In the sense that the lead role is played by an actor who has worldwide status as a highly regarded actor of A-List celebrity status.

“That in itself is a very powerful thing. Many people in the audience are experiencing their first taste of theatre and of Shakespeare.

“I think four and a half [hours] of first folio verbatim may have been a bit long for this particular production.

“This edit moves along at quite a pace ensuring everyone has the option of a post show drink followed by last tubes home. 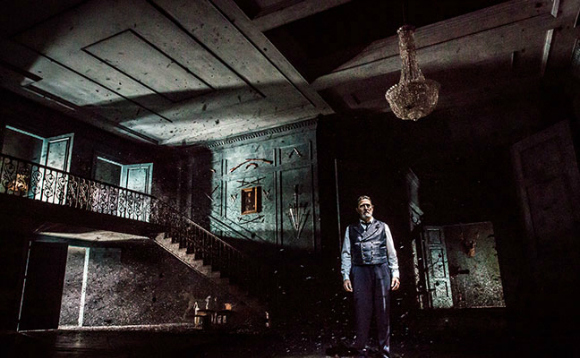 “I’d like to think it will have an inspiring effect on everyone who sees it, and stays long in the memory for many years to come. We are all certainly immensely proud of the work we have created.”

Do you have any advice for young British Asians who wish to pursue a career in acting?

“My advice to anyone wishing to pursue a career in acting is always the same.

“Don’t do it unless there is absolutely nothing else you want to do. If you do decide to go for it, be nice to people and don’t be late for an audition.”

What was your most enjoyable memory from the production of Hamlet, either on stage or during rehearsals?

“Every day in our dressing room. The banter is top drawer.”

What is next for Rudi after Hamlet?

“Not sure what’s next but got a few things that may materialise. 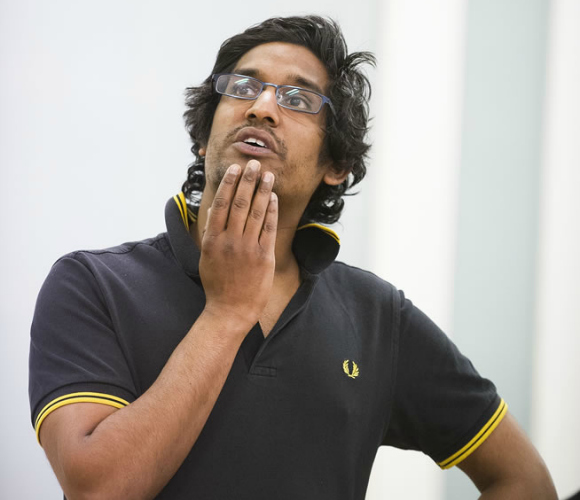 “To be honest I’m looking forward to spending some much needed quality time with my wife and kids.

“Theatre is really demanding when you have family.”

This production of Hamlet by Sonia Friedman is a true feast for the literary mind.

The simple but intricately effective stage production truly brings Shakespeare’s words to life, and any viewer will be able to grasp the dramatic essence of this adaptation.

While Benedict certainly excels for his part, it is by no means a one man show and the entire cast, including Rudi, offer stellar performances.

Hamlet will be showing at London’s Barbican Theatre until October 31, 2015. For more information and tickets, please visit the Barbican website.