Concerns over electoral fraud have had watchdog demand urgent action to be taken in 16 different cities in the UK with a large South Asian community.

"Voters are the victims and sustained action is needed now to prevent fraud from taking place."

The Electoral Commission has put in an inquiry into South Asian communities across the UK, where election campaigns are more susceptible to ballad rigging and fraud.

The alleged fraud has had the electoral watchdog on red alert; voters will now be required to bring along with them proof of identity if they wish to vote at polling stations.

16 local council areas, with a predominant South Asian presence, and in particular Pakistani and Bangladeshi communities, are to be examined.

This includes Birmingham, one of the high risk areas, which in 2004 was part of a vote-rigging scandal. At the time, Richard Mawrey, the presiding judge stated that it was a ‘massive, systematic and organised fraud’, which made a mockery of the elections and abused the trust of the people. 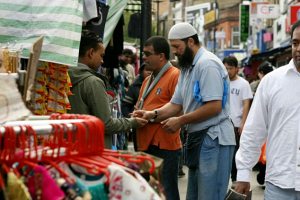 Fraud amongst the British South Asian communities is not unheard of and have made headline news on numerous occasions.

In 2005, five men were arrested including two ex-councillors over failed postal vote fraud. In 2007, six men were jailed in Slough, including Tory candidate Raja Khan for voting fraud in council elections.

In 2012, polling clerk Nasreen Akhtar was jailed for attempting to rig 2012 council elections in favour of a Labour candidate in Derby.

The elections watchdog admits that voting fraud is not wide spread throughout the UK, but there is still a significant amount and thus will propose new schemes to be put through to protect the integrity of the electoral system. 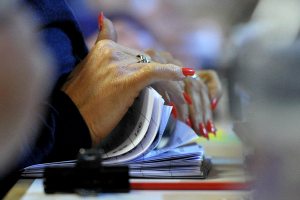 The Commission have recommended that before May 2014 elections, police forces should be put in place at polling stations.

In addition, candidates, political parties, and other campaigners should make it publicly clear of their commitment to uphold the Code of Conduct for campaigners.

In their report they stated that by 2015 elections, ‘campaigners should no longer handle postal or proxy vote application forms or completed postal ballot papers’.

The report also called for a new legislation for proof of identity to be shown before being issued a ballot paper. The changes are to be put in place by 2019 for European and English local government elections, and further details of the scheme is set to be published by the end of 2014.

The Commission said they were concerned about the extent of which voting fraud existed amongst certain communities, but that it is a ‘mistake’ to assume it is confined to only South Asian communities and that people of white British and European backgrounds were also involved. 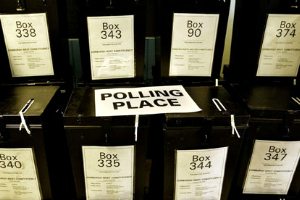 They went on to say: “All electors should be free to cast their votes in the way they wish.

“It is not acceptable to explain or excuse electoral fraud on the basis of actual or perceived differences in cultural approaches to democratic participation.”

Working close alongside academic experts, the Electoral Commission aims to identify common factors in high risk areas and to devise new strategies to prevent these from happening in future elections:

“We have begun further work to identify relevant evidence in order to help address concerns about the vulnerability of some South Asian communities, specifically those with roots in parts of Pakistan or Bangladesh, to electoral fraud.”

Chair of the Electoral Commission, Jenny Watson said: “Proven cases of electoral fraud are rare and when it is committed, the perpetrators tend to be candidates or their supporters.

“Voters are the victims and sustained action is needed now to prevent fraud from taking place. Although the introduction of individual electoral registration this year will tighten up the registration system, more can and should be done.”

The Commission stated that they will continue to closely monitor those areas at high risk across the UK. They have also urged electoral registration officers to review their areas history in concerns to ballot-rigging and to outline any preventative actions for future elections.

Wanderlust at heart, Fatimah is passionate about everything creative. She enjoys reading, writing and a good cup of tea. Her life motto is: “A day without laughter is a day wasted,” by Charlie Chaplin.
Filmfare Awards 2014 Nominees
Winners of 2014 Star Guild Awards