A recent controversial study released by the British Medical Journal (BMJ) has suggested that there is some disparity in the way in which some ethnic doctors are treated in the UK. DESIblitz asks the question, has Asian stereotyping gone too far?

"The fact staff get racially abused should appal every right-minded person."

The corner shopkeeper, the scientist, the IT geek and the Asian Doctor are all well known stereotypes among the British community, so much so that many Asians themselves have now become desensitised to it.

But simply dismissing this public sentiment with an ‘Oh we’ll have to live with it’ attitude may not be the solution to this quandary.

In September 2013, the General Medical Council (GMC) asked a British authority figure in the realm of racial discrimination, Aneez Esmail, to investigate whether the clinical skills assessment part of the MRCPGP exam was subject to racial bias. 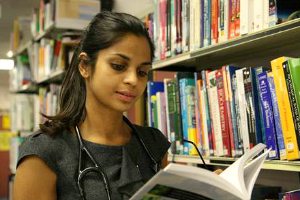 In his investigation, Esmail claims to have found that the Clinical Skills Assessment (CSA) component of the exam is ‘open to subjective bias’ – a claim that the Royal College of General Practitioners refutes vehemently.

In a study titled, Academic performance of ethnic minority candidates and discrimination in the MRCGP examinations between 2010 and 2012: analysis of data (September 2013), Esmail, along with Chris Roberts, set out to determine the difference in failure rates in the MRCGP exam by ethnic or national background.

He also intended to identify factors associated with pass rates in the clinical skills assessment component of the examination.

The sample comprised of 5095 candidates who had sat for the applied knowledge test and clinical skills assessment components of the MRCGP examination between November 2010 and November 2012. Candidates who had to also take an IELTS test for their English Language were also taken into account in the duration of the study.

According to the study, the results suggested that: “Black and minority ethnic graduates trained in the UK were more likely to fail the clinical skills assessment at their first attempt than their white UK colleagues (odds ratio 3.536 (95% confidence interval 2.701 to 4.629), P<0.001; failure rate 17% v 4.5%). 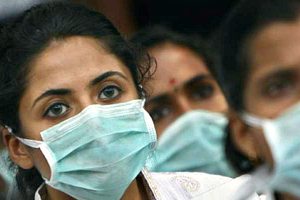 In other words, the study suggests that the chances of ethnic minority candidates passing the MRCGP exam in one go was 17% more (in the first attempt) than their white counterparts and 65% more to fail the CSA test altogether.

As you can imagine, the finding of this study has ruffled some feathers at the Royal College of General Practitioners. They responded to it by saying:

“These are differences that exist across many medical specialities and in higher education more generally.”

While the authors of the study deduce that subjective bias could be a factor in the failure rate of Black and ethnic minority candidates, the RCGP state that: 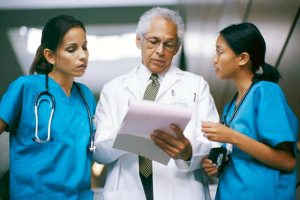 “It is our job to ensure that, through a fair process, all of the doctors who qualify as GPs meet the requisite standards for ensuring safe patient care. That is what the public expects of us, and that is what we deliver.”

So, is the 17% figure something that candidates should be concerned about or dismiss? According to Pulse (a publication for GPs in the UK), the answer is no:

“The GMC-commissioned review into the MRCGP exam has called for changes to the recruitment of examiners and more support for overseas graduates – but has concluded ‘significant differences’ in failure rates between different ethnic groups in the clinical skills examination are unlikely to be the result of bias.”

However, since the September report, the NHS has developed a somewhat uneasy reputation of racial bias against ethnic minorities. A Freedom of Information request carried out by the BBC in December 2013 found that racist behaviour towards ethnic NHS staff had risen by an incredible 65 per cent over the last 5 years. 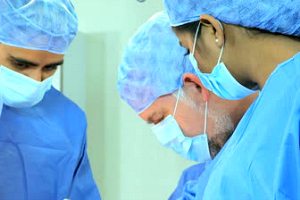 The highest number of incidents reported had taken place in Greater Glasgow and Clyde. The Chief Executive of NHS Employers, Dean Royles responded to the BBC findings saying:

“The NHS can be a high-pressure environment and staff and their managers often work in stressful situations. In some places, we have job vacancies and a rising demand for services, and the pressure to deliver care can be extraordinary.

“The fact staff get racially abused should appal every right-minded person. With rising levels of violence against staff in the NHS, it is shocking that staff can also be subject to racial abuse. It is an issue the NHS takes seriously and, if staff do commit racial abuse, it is considered as gross misconduct.”

But with racial discrimination coming from patients, is it fair to say that the NHS itself is also guilty of the same crime? One British Asian doctor from the Midlands says:

“I agree that there is some kind of discrimination going on. It is less with British Asians than with those Asian doctors coming from abroad. Generally, overseas doctors and GPs are discriminated against because exams are tailored in such a way as to make it difficult to know how to answer. They contain a lot of technicalities that only UK born and trained doctors can understand.”

Roger Kilne a director of Patients First insists: “An NHS that recruits, develops, pays, treats and disciplines staff on the grounds of their ethnicity denies patients the best possible staff or care.

“I’ve personally seen the unfairness, the shocking evidence of wasted talent and the undermining of morale when advising and representing BME [black and minority ethnic] staff.”

“The NHS is clearly indebted to migrants and their descendants for keeping the NHS going over 65 years. Yet institutionalised discrimination means that, despite their vital contribution, black and ethnic minority staff still experience unequal treatment.”

So should our future Desi GP candidates be worried about the claims of this study? Could cultural differences really affect the pass rate, particularly for British Asian candidates?

For many younger British Asians, racial discrimination seems to make no sense in 2013, but with such a traditional institution like the NHS having been built on White British foundations, racial bias may always continue to be a worrying issue.

Sudakshina is a qualified journalist, a globally published co-author of a Business English guidebook and a lecturer in journalism and psychology. She lives by the motto that Life without practical goals is life that lacks meaning and purpose.
A Very British Asian Christmas
Ethnic stereotyping of Asian models