Subculture threatens to divide ethnic minorities as people continue to discriminate against their own. Is racism within British Asian communities an issue not discussed as openly as it should be?

According to the Office for National Statistics around half of the non-white population in the UK is made up of people from South Asia.

England is continuously working towards improving cultural diversity however there is still room for improvement.

The word ‘racism’ is usually associated with the treatment of other ethnicities by white people, conversely, racism can and has been demonstrated by all manner of people regardless of their background.

A child when born is not racist, it is the environment and upbringing that changes the mindset of that child.

Racism occurs possibly as a result of ignorance, cultural deprivation and unemployment. The fact that racism exists within British Asians is something they should not come as a shock.

Ethnic divides within South Asians do represent a basic hierarchy. First, there is the nation you come from, then the faith you belong to and then there is also the caste you come from.

The British South Asian people we spoke to believe that these are motivating factors in increasing tension between different communities and the majority feel strongly that on a larger scale there is evidence of institutional racism in the UK.

Speaking to Zakir Ali, a footballer who plays for The London Tigers, he expressed his concerns on how difficult it was for him, simply choosing to play football:

“I never got the help or support I needed, my coach was not willing to help develop me and at home, my parents did not support the fact that I wanted to play football in England.”

Zakir’s views mirror the outlook of others in the same position and highlight the prejudices that some Asians hold as well. British Asian youth feel neglected by both sides.

We take a look at the issue of racism within British Asians by exploring the influences and different facets from South Asia promoting such thinking. 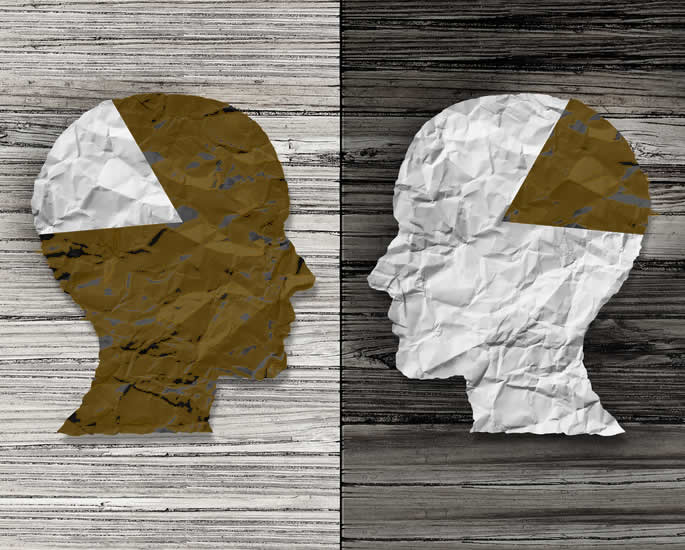 Prejudices are often passed on to children by parents which encourages them to adopt a negative attitude toward other cultures.

For example, many South Asians tend to distinguish black people as criminals to which they prefer not to associate with, therefore, demonstrating to their children to do the same.

Similarly, some South Asians always hold reservations against white people because they are largely perceived as racists.

A lot of this stems from the actual racism experienced by early generations of British Asians or immigrants from South Asia. Therefore, creating a canvas with prejudicial views across the board.

Especially, by those who never ventured out into British society and stay in close-knit communities of their own.

The earlier generation of South Asians living in the UK set the rules in terms of shaping the lives of future British Asian generations, hence, is responsible for any prejudice to a large degree.

This kind of prejudice still exists but with integration improving, new generations of British Asians are not emphasising such differences like the past. 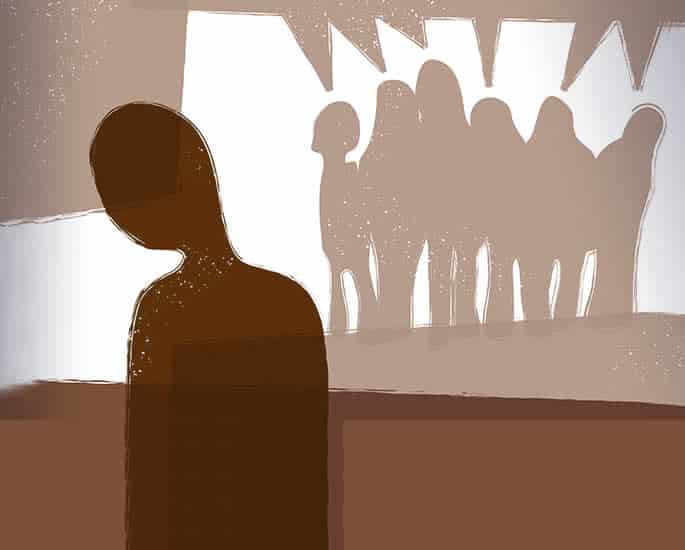 One of their most orthodox methods is the caste system which segregates people in terms of their social status. This tradition still plays an active part in influencing British Asian society today.

However, some younger British Asians we spoke with preferred to break free of this hierarchy and have been doing so by committing to an ‘inter-caste’ marriage, despite the risk of being ostracised by their family.

The taboo of ‘inter-caste’ marriage is still threatened by violence even in the UK but the rise in violence may come with the conviction that change is coming.

The caste system had historical advantages in shaping economic roles in South Asia with the higher castes benefiting personally in terms of wealth, education and social status.

In the UK however, these traditions do not have a social standing but for some people, this does not deter the ill feeling between different communities.

Not All the Same

South Asians are perceived as one rather than individuals and the P-word often represents all people with brown skin and dark hair regardless of significant differences.

While the outside world fails to recognise the individuality they have, South Asians have proudly used a distinctive line to separate themselves by grouping together to form their own communities based on subculture.

In London, Southall is populated mainly by Hindu’s or Sikhs from India, Bangladeshi’s have dominated Whitechapel and Aldgate and Green Street boasts of an overall Pakistani Muslim community.

Unsavoury cultural relations between South Asians have been always been displayed publicly.

In cricket, Pakistan and India have a long-standing history of rivalry between them.

Caused by the partition in 1947, the teams act as a divide and have fuelled animosity both on and off the field. In the UK the rivalry between fans is interpreted as political by the press, tracing back to diplomatic problems involving both countries.

Nonetheless, the fans act in partisan demonstrating their deep-rooted passion, loyalty and faith to their nation.

Although racism has been ruled illegal for many years now, these subcultures thrive in racist behaviour which the laws have very little effect on.

The abuse ranges from schoolyard bullying and taunting to more physical and violent attacks.

We spoke to Syed Abbas who explained that because he is a Shia Muslim he does not feel comfortable praying in the same mosque as Sunni Muslims. He says “I just feel more comfortable with my own people because I feel like an outcast in a Sunni Mosque.”

British born South Asians are definitely promoting healthier behaviour towards others but their mindset still varies depending on their area of residence.

People who we spoke to brought up in a predominantly Asian community highlighted that they are open to other cultures but have their reservations.

Imran Ali who grew up in Central London says “I am very open to other cultures and greatly enjoy meeting new people and learning about them.” The difference in opinion demonstrates that seclusion within a set community has a negative impact on people.

Black people have glamorised the use of the controversial N-word once used negatively to refer to people of African descent. A similar trend is now on the rise with the P-word. The general attitude appears to be flexible with South Asians using these words, though if used in the context of ethnic slur, the intended effect causes equal damage as a white person using it, and in a court of law would be deemed racist.

Therefore, ironically it seems ‘acceptable’ to be racist within your own community in this manner at the expense of all those really suffering from extreme racism in the UK with abusive words such as the P-word and worse. Giving those who use words like the P-word for racist abuse, a potential green light.

The flexibility with this ‘rule’ further demonstrates the line of separation that has been drawn between cultures and what people have come to expect is acceptable and or not. The same rule needs to apply to all ethnicities, including white people, in order to demonstrate equality between people and not difference by giving individual treatment.

People need to start playing a more essential and responsible role in demonstrating the acceptance of others by starting within their own communities. Trivial beliefs and prejudices can be wiped out by social cohesion but it will be a continuous uphill struggle to change individual’s attitudes and behaviour and much of it starts with what is taught within the home.

Racism maybe interpreted by people differently from different perspectives but do you think that racism is instigated by our own opinion of others and is not just down to the colour of skin?

Ruksana is a football fanatic. When not watching or talking about football, she loves reading books and meeting new people. Her motto is ‘It isn’t the mountains ahead to climb that wear you out; it’s the pebble in your shoe’ - Muhammad Ali.
Do Interracial Marriages work?
Infidelity amongst British Asians