Social media platforms are open to users being offensive or racially aggressive in their comments. DESIblitz examines the use of the P* word on Twitter.

An ordinary Twitter feed can expose the following comments: “Some smelly p*** is sitting beside me on the bus blaring Punjab music,” or, “Idk if I like zayn bc he’s half p*** or bc he makes good music.”

These are just some of the many examples of the racially offensive tweets that regularly surface on our favourite social media sites.

Many users feel uninhibited by expressing their derogatory opinions to vilify people other cultures in a racist manner, while ethnic users happily use them as banter, to refer to themselves and their own community.

In both cases, there is a general ignorance towards the unpleasant connotations that underlie these racially loaded terms, with very little done to educate users or to regulate them.

Social media has transformed the way that many individuals communicate and interact with each other on a regular basis.

Platforms like Twitter, Instagram and Tumblr have become online safe havens for users to journal their innermost thoughts and opinions for the rest of the digital world to see.

From their favourite music artists, latest film reviews, to football team scores, users have the freedom to express themselves about almost every topic under the sun. 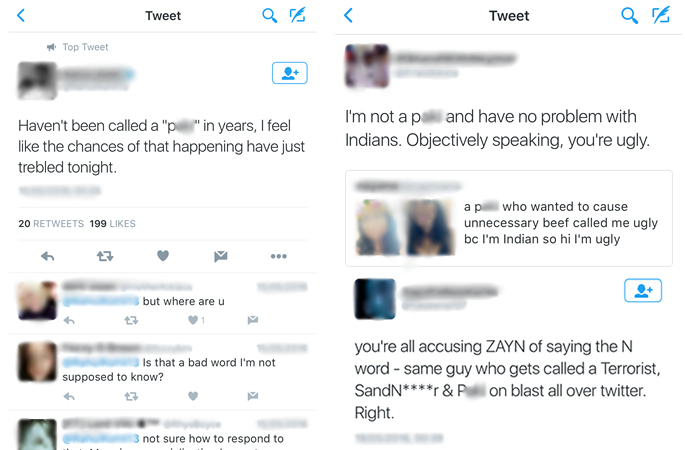 But not all individuals use social media in a positive way, and the tendency for negative comments or offensive tweets is startlingly high. So should political correctness come at the expense of freedom of expression?

Take the P* word as an example: “P*** dons from bham just love to hire out bmw’s and drive down alum rock road with their music blasting.”

One social media user, @twxxx, tweets: “Just found out, if you call someone “p***” it’s actually offensive? When/why/how did this happen? Not arguing. I actually want to understand?”

The term, P***, originated in the UK in the 1960s where racism was rife across industrial towns and cities. Many South Asians from India, Pakistan and Bangladesh arrived to work as labourers in the foundries, or as doctors for the newly created NHS.

Around this time, the term became a popular way to refer to these South Asian immigrants, similar to the use of ‘N*****’ for Black people. Young Asians in the UK even found themselves subject to ‘P*** bashing’ which was a common occurrence until the early 80s.

But while the N* word is globally understood as an entirely offensive term, not all people understand the P* word to be, because of its social context within Britain. And this could explain why the term is approached in a casual manner by other nationalities. 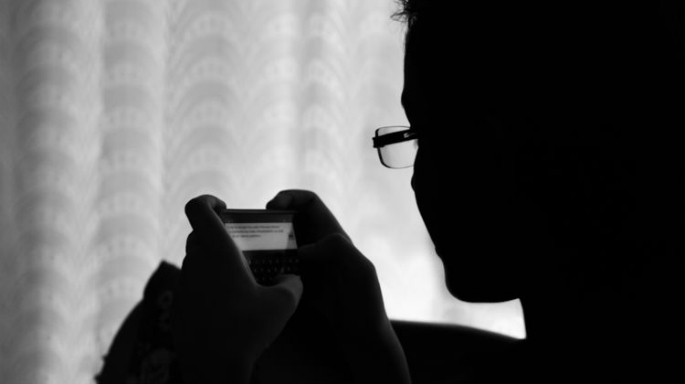 But while British Asians are aware of the racially offensive connotations of such terms as used in the digital sphere, they still use the terms openly themselves. In this sense, political correctness gives way to the freedom of expression.

One Twitter user @twxxx3 writes: “Anyone who’s not South Asian and uses the word p*** to insult anyone of South Asian descent I’m gonna punch in the face. I won’t hold back.” 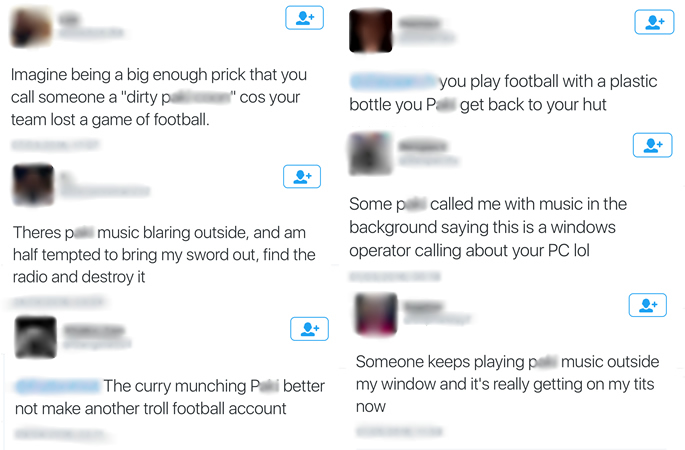 Despite the general ignorance of the term across the global world wide web, young users of Twitter, who are heavily influenced by hip-hop and rap culture, find a certain ‘cool’ factor in using these non-politically correct terms.

Indeed, the use of the N* word is rife within rap songs and R’n’B tracks that  regularly hit the mainstream music charts. Iconic music stars is genre such as Nicki Minaj and Kanye West promote and even encourage the use of the world within their own spheres.

Manpreet says: “When rappers use the N word in their music, totally ruins it for me. Don’t see Imran Khan calling himself a P***. Coz that would be dumb.”

But even when such prominent stars face criticism, their counter-argument is that they are allowed to use the terms because of their race. Most recently, Paul McCartney supported Kanye West’s use of the N* word on a collaboration together.

He told media: “It’s a great record, sonically it’s brilliant, but quite a few people said, ‘You can’t be connected with this, there’s, like, 40 N-words! 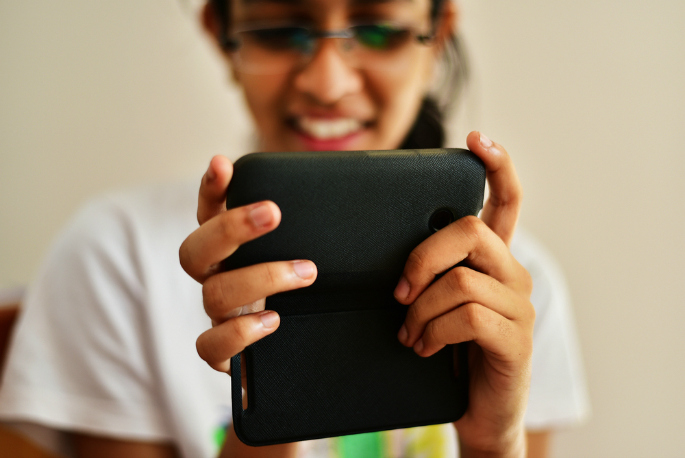 “People like Oprah, who’s a little conservative about that stuff, said, ‘You shouldn’t do it, even black people shouldn’t use that word. I said, ‘Yeah, but it’s Kanye! And he’s talking about an urban generation that uses that word in a completely different way.’ It’s the context. So I was actually pleased with it.”

But is white British McCartney in a position to determine whether such a historically racist term is justified in any kind of context?

And if the Azaelia Banks vs Zayn Twitter feud is anything to go by, then the use of such terms will always be used to cause offense in some regard.

Over the last several years, Twitter and other social media platforms have become more vigilant of their users’ comments in an attempt to counteract offensive terms spread across their platform.

In particular, Twiiter’s Rules towards hateful conduct stipulate that any comments that ‘promote violence against or directly attack or threaten other people on the basis of race, ethnicity, national origin, sexual orientation, gender, gender identity, religious affiliation, age, disability, or disease’ is prohibited.

Aside from the fear of having your user account blocked or suspended (like Azealia Banks), there has also been a rise in the number of prosecutions for hateful conduct online. However, this has further sparked debate on the freedom of expression vs political correctness.

Free speech organisation, Article 19, is ‘extremely concerned by the number of arrests and prosecutions for comments made online in the UK’. 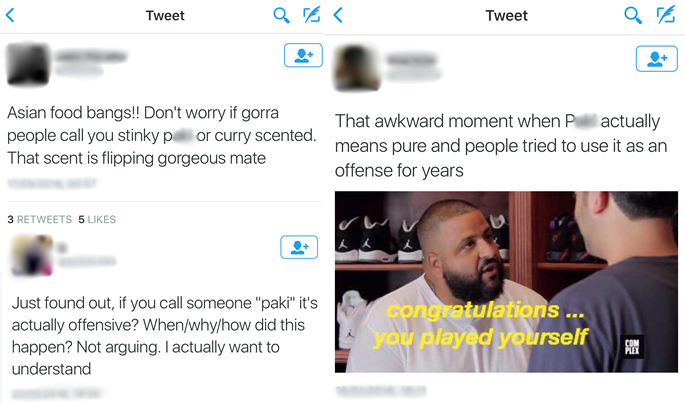 Executive Director, Thomas Hughes explains: “Nobody should go to prison simply for causing offence. This is not only our view but a violation of international legal standards that protect speech that shocks, offends or disturbs.”

But deliberate offenders aside, for those British Asians who are happy to still use it as banter, or in a way to celebrate themselves and their culture, should we turn a blind eye?

It is near impossible for Twitter to fully police the use of the P* word by these users, and a simple Twitter search of the P* word will list numerous examples.

The use of the P* word in any context, whether deliberate or undeliberate, is racist. But can it be successfuly policed at the expense of freedom of speech?

28-year-old British Asian, Ibrahim, dislikes the use of the P* word:

“Yeah, it is offensive. It has negative connotations and it’s not necessary. It’s such an old fashioned term. I don’t even like it when we use it jokingly in our own friend’s circle.”

In a landmark move on May 21, 2016, President Barack Obama signed a bill to ban the use of ‘oriental’ and ‘negro’ in US Federal Law. The racist and antiquated terms will now be replaced with Asian American and African American respectively.

The P* word then, which is similarly steeped in so much political and racially abusive history should also be unanimously banned from social media.

But with the popular use of the term online, can a ban or successful policing be enforced in such an open and diluted digital platform?

Aisha is an editor and a creative writer. Her passions include music, theatre, art and reading. Her motto is “Life is too short, so eat dessert first!”
How Anxiety can affect British Asians
Is Marrying a Girl from India a Trustworthy Choice?