The 9th Star Guild Awards 2014 was a truly glitzy night, with Salman Khan hosting for a second time. Find out who won what in the glamorous evening celebrating the best of Indian cinema.

The Star Guild Awards 2014 saw the glitz and glamour of B-town gather together to celebrate the biggest film hits of 2013.

Held at the NSCI stadium in Worli, Mumbai, this was the 9th Annual Star Guild Awards.

Hosted for a second time by Salman Khan, celebs came out in full force showing their support and appreciation of each other for the world to see.

In a pleasantly surprising and unexpected turn, Salman and Shahrukh Khan have seemed to put their differences behind them. 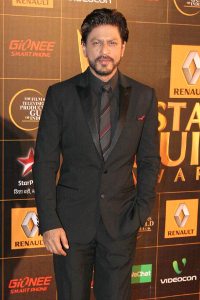 Salman made the effort to single out SRK and congratulate him on the huge success of Chennai Express. Shahrukh who was sat in the audience saluted Salman with a hand gesture.

Later King Khan arrived on stage to receive the Entertainer of the Year award. In his acceptance speech, he admitted he felt special in receiving the award as Salman was one of the greatest entertainers in India.

King Khan wasn’t wrong as Salman kept the high profile Bollywood crowd laughing and cheering as he poked fun out of himself and his co-stars on stage.

It seems Salman was in an overly generous spirit (not least because his next film Jai Ho is to release on January 24). Following the SRK reconnection, he even warmly hugged Vivek Oberoi (who used to date ex Aishwarya Rai) as he came on stage to collect the Hall of Fame plaque for Grand Masti.

Performances of the night were given by Kareena Kapoor Khan, Shahid Kapoor, Prabu Deva and Sonakshi Sinha.

It was not just the blockbuster hits that saw a multitude of awards. Ritesh Batra won the Yash Chopra Award for most promising director, for his critically acclaimed film, The Lunchbox.

As expected, Deepika Padukone award took the award for Best Actress for her role in Chennai Express. She was awarded by a very cute Ranveer Singh who got down on his knees to present it to her.

Farhan Akhtar took the Best Actor trophy for his powerful performance in Bhaag Milkha Bhaag. The movie which honoured the life of Indian runner and national treasure, Milkha Singh swept the board, taking Best Film, Best Story and Best Screenplay.

The Hall of Fame Awards were handed out to the most exceptional films of 2013 including Chennai Express, Goliyon Ki Raasleela Ram-leela, Race 2, Grand Masti and Aashiqui 2.

Here is the full list of winners of the 9th Star Guild Awards 2014:

Best Actor In A Supporting Role
Nawazuddin Siddiqui – The Lunchbox

Jodi Of the Year
Aditya Roy Kapur and Shraddha Kapoor

Despite all the huge blockbuster hits of 2013 that have each of them broken the mould for the creativity of Indian cinema, Bhaag Milkha Bhaag was a deserving winner of the night and Farhan Akhtar should be very proud of his extraordinary achievement. Congratulations to all of the winners.

Aisha an English literature graduate, is a keen editorial writer. She adores reading, theatre, and anything arts related. She is a creative soul and is always reinventing herself. Her motto is: “Life is too short, so eat dessert first!”
Watchdog uncovers Electoral Fraud within Asian communities
Karle Pyaar Karle ~ Review