The 59th Filmfare Awards 2014 nominees have been announced, but who has made the prestigious list? Celebrating some of the best creative talents of the Indian film industry, the awards ceremony will take place on January 24, 2014 in Mumbai.

Yeh Jawaani Hai Deewani is the dark horse of this year's awards with nine nominations.

After a massive 2013 of Bollywood, the time to celebrate the successes of the year and the talents that made people laugh, cry and fill with love in the cinemas has arrived with the nominees of the 59th Filmfare Awards being announced.

The Filmfare Awards are classed as the Golden Globes of Bollywood and strive to honour some of the incredible creative work of India’s booming film industry.

After a year of continual blockbuster hits one after the other, those leading the nominations are an interesting bag, with some surprising absences. 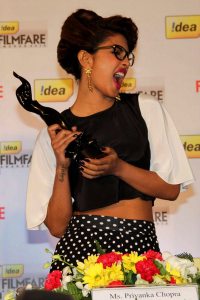 The Deepika Padukone and Ranbir Kapoor rom-com Yeh Jawaani Hai Deewani is the dark horse of this year’s awards with an impressive nine nominations including Best Film. Farhan Aktar’s Bhaag Milkha Bhaag, Raanjhanaa, and Aashiqui 2 all share six nominations each.

While the list of nominees do include the big films of 2013 such as Chennai Express and Goliyon Ki Raasleela Ram-leela, they sadly do not seem to honour critically acclaimed hits like The Lunchbox and Lootera in the Best Film or Director categories.

The biggest success story of the Indian film history, Dhoom 3, which was released at the end of 2013 has failed to get any nominations, creating a bit of a stir among Aamir Khan fans.

Many believe that Aamir’s boycott of previous awards has led the jurors to exclude him this time around, while others insist the lack of a Best Villain category is the reason. 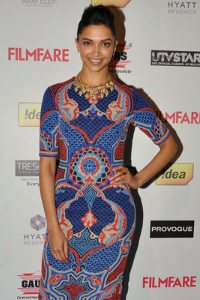 The incredible special effects of India’s favourite Bollywood superhero film has also narrowly missed the cut, and Krrish 3 only sees one nomination for Hrithik Roshan for Best Actor.

The nominees naturally include the big names who will be eager to win the top categories (Deepika has landed two nominations for Best Actress) but at the same time the list also includes newcomers Shraddha Kapoor and the ‘Why this Kholaveri Di’ sensation Dhanush, from the South.

Hosting this year’s glamorous event are the lovable Barfi! duo, Priyanka Chopra and Ranbir Kapoor. Nervous about her presenting début, at the Filmfare press conference, Priyanka said: “There is huge pressure because Filmfare as an event it’s always been entertaining and funny.

“There has been standard set by other hosts including Shahrukh Khan, Saif Ali Khan, Ranbir Kapoor and Imran Khan. So yes, it’s scary and exciting.”

Below is the full list of nominations for the 59th Filmfare awards.

The biggest and most critically-applauded films of 2013 will now go head to head in one of 2014’s most prestigious award ceremonies.

No doubt film makers and celebrities alike will be eager to know who will come out on top. The 59th Filmfare Awards will take place on January 24, 2014 at Yash Raj Studios in Mumbai.

Aisha an English literature graduate, is a keen editorial writer. She adores reading, theatre, and anything arts related. She is a creative soul and is always reinventing herself. Her motto is: “Life is too short, so eat dessert first!”
Yaariyan ~ Review
Watchdog uncovers Electoral Fraud within Asian communities