A new BBC investigation has uncovered blatant fraud in the student visa system. Cheating, forgery and theft has led the Home Office to suspend all English Language tests carried out by students from overseas.

“The system is just too easy to abuse currently. I would say it is broken and it needs a complete overhaul."

The question of immigration has been a long debated subject in the UK. Issues of system abuse, forged papers and illegal immigrants thriving off the British economy and taxpayer’s money has been a continual source of angst for many.

But it seems the issue of illegal immigration is more deeply wrought than originally thought possible.

In a recent turn of events, the Home Office has stopped all English Language tests run by a major organisation, the American-based Educational Testing Service (ETS).

This was after it was found that the student visa system was open to irrefutable levels of fraud and cheating. 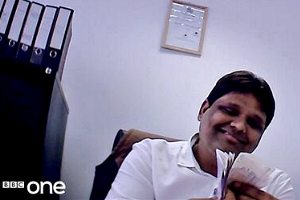 The discovery was made by a BBC Panorama investigation that went undercover in some of the agencies, colleges and fraud organisations involved in offering budding students ‘guaranteed visas’ through illegal means.

The incredible findings have found that the process of obtaining a UK student visa is both easy and relatively simple, as long as you have enough cash in your pocket.

It is estimated that up to a quarter of a million student visas are issued by the UK government every year. In fact, there is no cap on the number of student visa’s that can be issued.

For many living abroad, student visas provide many young people the privileged opportunity and freedom to live and study in the UK. While these visas are managed in essence by the UK Border Agency (UKBA), approved institutions and companies offer standardised testing which assess a student’s eligibility.

The British Council division, Education UK stipulates the necessary requirements to apply for a student visa. These include producing ‘documents showing your finances and qualifications’ and ‘attend an interview or a biometric test’. 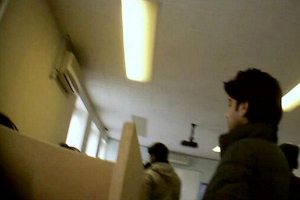 In particular, an English Language test is seen as a vital necessity for a student visa to be obtained. In addition, an academic record is also required, as is evidence of sufficient funds (students are not allowed to work), and a UK University or College acceptance letter.

As Panorama found, all of these necessary documents could be provided headache-free for a simple sum of £2,800. Panorama tracked down several fraudulent agencies working in Southall including Studentway Centre. Here, an individual was able to pay for near-perfect forged documents that would guarantee them stay in the UK.

Helping Studentway make their money were bogus institutions like Eden College International. Here, an overseas student could have their tests taken by a UK resident, while they stood idly watching. Following the test, the individual would be photographed to prove that they had taken the test. Unsurprisingly, tests were completed in perfect English.

The next necessary assessment involves a multiple choice exam of 200 questions. Again, little effort or preparation was needed as all the answers for the test were read out by the invigilator. Thus a two hour exam was completed in a matter of seven minutes. 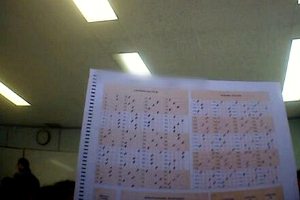 Through obvious cheating, the agency managed to successfully manipulate test scores and exams for students, and they were able to obtain 100 per cent in all their assessments; a ‘guaranteed pass’.

Also appearing on the documentary, Home Secretary, Theresa May admitted that she was astounded by the findings:

“For too long many colleges have been selling visas and not education. The student visa regime we inherited was open to widespread abuse. Our reforms have curbed abuse by closing bogus colleges, making the application process more rigorous and imposing more rules on colleges to improve course quality. We have taken action and suspended the two colleges identified in the programme.

“Applications made by students in the UK using the English Testing Service have been put on hold pending the outcome of those investigations. All further English language tests done through ETS in the UK have been suspended.”

The documentary further explored another agency also in East London, which offered the other necessary elements to apply for a student visa, including evidence of sufficient funds. For a fee of £250, the agency were able to forge bank statements from nearly ‘any bank’ around the world, including Axis bank, one of the biggest in India. 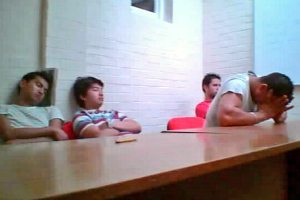 They did so through a process of identity theft. The agency would source another bank account with the same name as the customer, which contained sufficient funds, and then passed them off as the customer’s.

One astonished Axis bank user in India whose statement had been stolen by the agency said that it displayed a ‘breach of confidence, privacy, trust and ethics’. Another agency offered a simpler route, by simply forging Barclays bank statements so that a less than £100 account balance could be transformed to under £10,000.

The agency were also able to forge academic records for their customers, known as a ‘back record’, this would have all the necessary qualifications to gain a University or College acceptance in the UK.

What the documentary highlighted was that those looking for student visas were not actually interested in studying, rather they wished to work. One agency claimed that they had close ties with up to 80 Home Office approved colleges in the UK that would again ‘guarantee’ them a place.

The agency employee added that the student would only have to attend the college once a week or fortnight, and could spend the rest of the time working illegally. 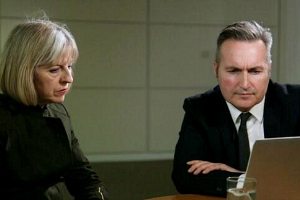 In October 2013, a Home Office ‘whistleblower’ announced that bogus colleges had been set up across the UK in order to allow people arriving on student visas the freedom to work illegally:

“The system is just too easy to abuse currently. I would say it is broken and it needs a complete overhaul. The Home Office are struggling to inspect colleges and educational institutions. There’s not enough staff to go out and do the compliance visits,” the employee said.

Theresa May has already come under criticism following the student visa scandal. Shadow home secretary, Yvette Cooper said: “Theresa May promised she would tackle bogus students but allow the brightest and best to study in the UK. Yet once again, the rhetoric doesn’t match the reality. Instead abuse is getting worse, whilst genuine international graduate students are being put off.”

What the BBC investigation has really uncovered is the blatant abuse by many inside the UK looking to make a quick buck at the expense of those arriving in the country with honest intentions of studying. It seems that the Home Office will now need to go to extraordinary lengths to reign in the continuous and systemic abuse of the Britain’s immigration policy.

But looking at the sheer size of the task ahead, most of us are left wondering whether this is really possible.

Aisha an English literature graduate, is a keen editorial writer. She adores reading, theatre, and anything arts related. She is a creative soul and is always reinventing herself. Her motto is: “Life is too short, so eat dessert first!”
Bangladesh Garment Factories abuse workers
Ultimate Guide to Valentine’s Day