Ruksana Ashraf has been jailed after exploiting tragic incidents such as the Grenfell tower fire to fraudulently claim insurance money.

"this defendant was claiming to be present at natural disasters when clearly she wasn't."

Ruksana Ashraf, aged 44, of Edinburgh, was jailed for three years on Wednesday, December 19, 2018, at Inner London Crown Court, after trying to claim compensation money which was meant for victims of tragic incidents.

She exploited incidents such as the Grenfell fire, Manchester Arena bombing and London Bridge attack in an attempt to claim hundreds of thousands of pounds.

It was heard she created several fake identities to try and claim almost £180,000 in compensation.

Ashraf used multiple phone SIM cards and false addresses to take out over 50 fraudulent claims against three insurers between 2012 and 2017.

In each case, Ashraf claimed she had been on the scene and had left personal items as the tragedies unfolded.

She submitted three claims regarding the Grenfell fire, stating she had been visiting relatives at the tower in June 2017 when the fire started and had lost personal items.

In addition, she told insurers she had been at the Manchester Arena attack with her partner and daughter but left possessions behind when she escaped.

Mr Holt said: “Some of those claims related to terrorist attacks or natural disasters that had recently happened.

“I do accept that the idea behind the fraud is slightly different in so far as the defendant was not making false representation to the council that they were a resident and liable for payment.

“But it does need to be borne in mind that this defendant was claiming to be present at natural disasters when clearly she wasn’t.” 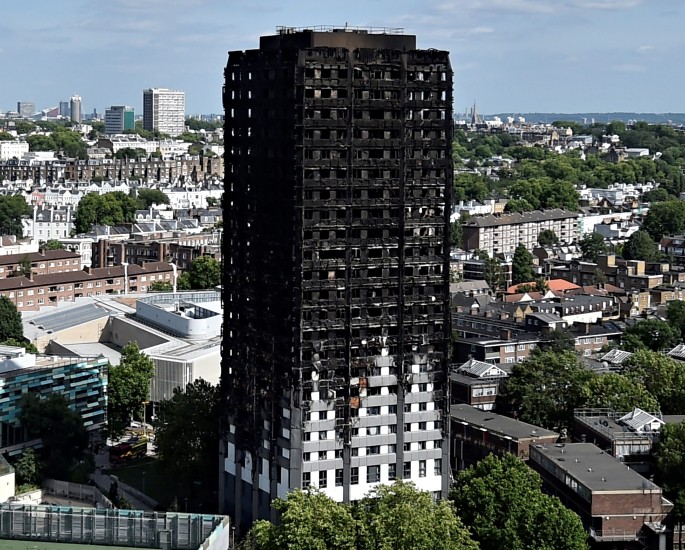 Other offences involved false claims of theft and loss of luxury items such as jewellery and designer clothing.

Ashraf was caught when an insurance company found similarities in claims that had been made against several different policies.

The Insurance Fraud Bureau confirmed Ashraf’s home address despite each policy being taken out under a different name with a different address.

It was found that the group of bank accounts used to create policies and receive funds were the same.

“Lots of the claims were similar in nature, with multiple claims for lost high-value items such as jewellery and designer clothing.”

Ashraf pleaded guilty to three counts of fraud and one of possessing criminal property in October 2018.

In 2002, Ashraf admitted banking fraud worth £80,000 after cashing cheques into fake bank accounts.

Daniel King, defending Ashraf, said his client had not used the money to live an “exotic” lifestyle. The Court heard Ashraf turned to alcohol and gambling following two abusive relationships and was a carer to her elderly mother.

Mr King said: “She also accepts that those claims relating to the tragedies of Grenfell Tower, at Borough Market and then the Manchester Arena demonstrate a callous and heartless underlying feature of this fraudulent activity.”

Judge Wood QC did not impose a suspended sentence because of the length of offending and sophistication of the scam.

He said: “Sometimes in these class of cases one is told that the defendant was in desperate need of money and in her plight succumbed to temptation.

“Here the mitigation is substantially to the effect she is in a position her mother needs her care and depends on her and she herself is not in the best of health.”

He added: “The defendant has quite disgracefully made reference to the tragedy at Grenfell and terrorist attacks causing loss of life at Borough and Manchester and that has caused distress to others.”

After Ashraf was jailed, Detective Constable Pete Gartland said: “Ashraf is a heartless and selfish individual.

“She had no qualms in exploiting these tragic events to make a financial gain, showing no empathy for the families of those who lost their lives in some horrific circumstances.”

Dhiren is a journalism graduate with a passion for gaming, watching films and sports. He also enjoys cooking from time to time. His motto is to “Live life one day at a time.”
Why do British Asians celebrate Christmas?
Being Indian, Single, over 35 AND not Married?